I held some kind of an audition for male models and Raúl Albiol was the only person who showed up. He had a creepy smile on his face as he walked around all cool like and stripped down to his boxers without me having to ask him.
After that I went to some hotel and Sergio Ramos drove up in a jeep that was filled with babes in bikinis and Eva Longoria was there, too, with pink stripes in her crimped hair.

I was at H&M and there was an indoor swimming pool but I didn't have any swimwear with me. My sister told me she'd go get some for me and when she came back, she had turned into Lady Gaga.

We were on a special kind of underwater bus, not sure why. Fernando was a neat freak, cleaning his room with gloves on. Misha looked like this (except with slightly longer hair): 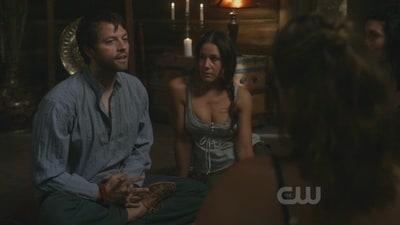 I was in Madrid and I got lost. I decided to visit a donut bar and the Spanish national team was there, laughing and happily eating donuts. I bumped into Fernando and made sure he was okay just to have an excuse to talk to him.

Nando and I just held hands after having survived a natural disaster of some sort. It was ~so adorable.

Cris was my co-worker (I work in a bridal shop atm) and he looked very uninterested as he came to work. I was going on holiday and Ricardo was my replacement. He was all smiles and he hugged me and he hugged me again, telling me that the shop was in good hands.

I was staying at the same hotel as Real Madrid and downstairs there was some kind of a music festival going on. I spotted Cris and went over just to say hello and goodbye and he laughed, probably thought I was drunk like just about everyone there. Iker just walked around the area, decided he didn't like the band that was playing and went back up to his room.

Crispy had an assistant whose only job was to pluck stray hairs from his body. Ahaha.

No idea what happened, I just remember Villa, Ramos and Torres hanging around in their national team kits.

A couple of friends and I were on a cruiseship with a bunch of footballers. John Terry insisted on sharing a seat with me when he came to chat us up. I was about to tweet about him almost sitting on my lap when I was interrupted by my dad trying to set me up with Sergio Ramos.

Nando and Sergio were fanboys who wanted to take a picture with Guti and Jim.

I dreamt about watching the movie Nosferatu which I have never actually seen irl. Liam Neeson was in it, I think he was a priest or something and I just thought that he was very well-preserved for his age (the movie was made in the 1920s), lol. After that the Count somehow came after me but his ears were way bigger and he just looked really ridiculous. I was only mildly scared.
Noora's rating:

There was a lot of nekkidness going on but that's about all I can remember.

I was sitting on a bus with Misha and Sam, and we were touring Finland.

It was a pretty complicated dream but in short: some crazy virus turned people into monsters and I tried to ask Gabriel for help. One minute he was dressed like a boy scout and the next like a pizza delivery guy. He was also very short.
Noora's rating:

Damon was lying down with his head in my lap while Katy sang us weird songs in Finnish.

Rachel was a guest star on Supernatural. She was alone in a dark hotel room and there was a big scary thunderstorm.

I tried to make a pass at Finn but he was pretty oblivious to my attempts. I remember feeling really comfortable being around him.

Richard was my best friend. I had a crush on him but I was too scared to confess. I was really happy when he unexpectedly kissed me.

We hoarded sheep together.

I tried to save young Haley Joel Osment from drowning but couldn't. Stephen had a tiny hyperactive baby chick as a pet.

Bumped into the lovely couple while driving in Northern Finland with my parents. There were a lot of wolves running around and I nearly got mauled by a polar bear.

I was at a convention and 50 Cent was there. No one wanted his autograph so when I asked for one, he drew me an amazing picture.

Paul Wesley was also there, he went up on stage during a kids' dance number and said something that was meant to be funny but really wasn't. (Something about being a prince??)

I played the daughter in a film about an abusive father. Cameron was my lesbian lover.

The dream was set in the village from Emmerdale Farm and Dan was working at the shop.
Noora's rating:

He was dressed up as a poor orphan boy who was willing to sell his body just to have a roof above his head.
Noora's rating:

Well, let's just say this dream involved me talking to rocks and questioning my own sanity.

I swam into an underwater cave and there was a whole tribe of people living there. RPattz helped me out of the water.

I don't remember all of it but at one point Elena and I were sitting in the backseat of a car and Stefan came over to talk to the driver, looking very worried. The driver took off with Stefan in another car and we went after them on a bike. We rode through a forest and wound up near an abandoned mine but then I woke up.

0
Ian Somerhalder
December 19, 2009
(as Damon Salvatore from The Vampire Diaries)

Somehow I came across a capsule that had some sort of vampire aphrodisiac substance inside and Damon was coming after me because of it.

0
Neil Patrick Harris
December 13, 2009
(as Barney Stinson from How I Met Your Mother)
With Cobie Smulders as Robin Scherbatsky from HIMYM

All I remember is that I was hanging out at MacLaren's with Barnman & Robin and it was awesome.

It was a scary dream where a zombie-like old woman stole Gemma's face and tried to gnaw off my leg as well.

I was in that rich kid's cabin from Friday the 13th (2009) and there were a lot of vampires and furry snakes that tried to crawl into your ears there. D: I found Michelle covered in blood and holding onto her bicycle (idek why) and we tried to get the hell out of there together.

Everyone was talking about a fantastic scene in one of Tom's old movies [doesn't exist IRL] where he rides a horse down some staircase and I hadn't seen it. Later I walked down the stairs and Tom went right past me on a horse. I tried to follow him but I lost him and all I could find was Charlie Sheen who was actually a centaur and he was talking to his little unicorn pet.
Noora's rating:

It was a nice summer day and we were outside playing with two cute puppies.

I was in the backseat of an expensive car with two guys whose faces I couldn't see at first. I started flirting with one of them and he turned out to be Eminem. The other guy — who turned out to be Eero Milonoff — wanted to kick Eminem's ass for having it off with his girlfriend so Eminem took off. I tried to get Eero to calm down because he was really upset and in the end I just held him.

There was some pretty hot backseat action with Mickey Rourke. Afterwards Paul Guilfoyle arranged for me and my room mate to take part in a beauty contest.

At a party dedicated to some Dracula actor, I saw Alex Skarsgård and went over to introduce myself in Swedish (to show off my mad language skillz). We proceeded to have a conversation about how FINLAND is a FINE LAND, after which he climbed up a ladder and disappeared with some woman.

We were swimming in the same pool and I casually tried to explain to him how difficult it was to swim with several broken toes (not that my toes are or ever have been broken IRL). Aaaand yeah, he did look pretty good in his swimming trunks.

((I'll write proper details when(/if) I find the piece of paper I scribbled this dream on.)) These was some hot Eric/Sookie action and lots of mind-tricks.

I woke up in the dream and he was just standing over my bed. It felt so real that I got a bit scared and confused. (No more TB marathons for me, haha.)

It was like a scene from a movie where a character is standing on top of a building at sunrise and the camera pans around him... but in this case, The Comedian was doing kung fu moves with a broom.

He kept teasing me about always having food on my face or something. XD

My former best friend and I were wrestling on the floor and Robert Downey Jr. came over and kissed us both on the forehead. After that I pretended to be a cat and RDJ almost stomped on us.

I also looked at the IMDb page of some TV series about Elizabeth I and it had the wrong pictures (from Elizabeth: The Golden Age) and it pissed me off. XD

Load more items (33 more in this list)
These people have visited me while I've been sleeping. Yay for random dreams!

(I tried to do this in reverse chronological order but it might be a bit messy.)

Please hit me up with your links if this list inspired you to make one yourself or, if you want, you can share your dream(s) in a comment. I love reading them!

Other dream lists:
Sweet Dream Baby by discordany
I had a dream... by RockerChick
Sweet dreams are made of..them by edwardsheroin

Sweet dreams are made of..them
7 item list by edwardsheroin
8 votes

Music is love... by edwardsheroin

I love you, daddy by kah.

The Best Tattoos! by Ariel Maria

My 12 British old and young loves.. by edwardsheroin

The next international movie stars by etrehumain