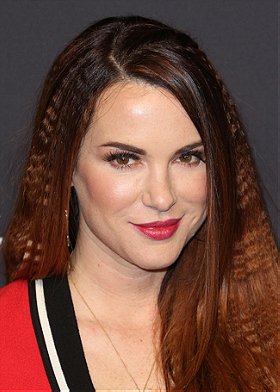 107 votes
Does This Dress Make My Butt Look Big? (100 items)
list by TrekMedic
Published 11 years ago 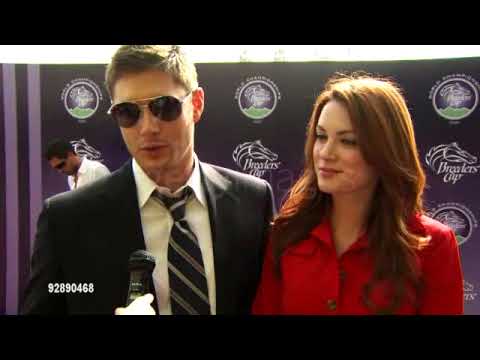 Elta Danneel Graul was born in Lafayette, Louisiana, and was raised in the small town of Eunice in St. Landry Parish. She was named after her great-grandmother. Her first name is Elta, but she goes by her middle name, Danneel, professionally. The name "Danneel" was inspired by Danneel Street in New Orleans. Her cousin is actress Mary Lou.She moved to Los Angeles and continued her acting training.

nd returned to her role as a series regular for the shows fourth season. However in season five, Harris only reprises the role of Rachel in two episodes due to the seasons format change. Harris appeared on the cover of Maxim in November 2006 alongside both One Tree Hill cast members Sophia Bush and Hilarie Burton.In June 2009 Harris was confirmed to reprise the role of Rachel in the series seventh season over the course of seven episodes.Harris was in-talks to return for the series eighth season but due to scheduling conflicts these plans never materialized.

In January 2007 Harris was cast as the female lead in the New Line Cinema Comedy film Harold & Kumar Escape from Guantanamo Bay the sequel to the 2004 film Harold & Kumar Go to White Castle. Filming took place in Shreveport, Louisiana that same month.The film was released in April 2008 to mixed reviews and went on to gross over $43,439,123 worldwide.Harris reprises the role of Vanessa Fanning in the third and final film of the trilogy A Very Harold & Kumar 3D Christmas which was released in November 2011.In both 2009 and 2010, Harris had major supporting roles in both films Fired Up! and The Back-up Plan.

In May 2009 Harris was announced to have been cast in the Screen Gems Thriller film The Roommate.The film which stars Leighton Meester and Cam Gigandet centers on a college freshman who's roommate has a violent obsession with her. Harris portrays the role of Irene Crew, a high-profile fashion designer. The film was shot on location at the University of Southern California in Los Angeles suffered numerous push-backs due to unknown reasons.Eventually the film was released in February 2011 to a $15.6 million opening weekend despite negative reviews from critics and went on to gross over $40 million worldwide.

In September 2009 Harris appeared in the Sitcom television series pilot Friends with Benefits which was picked up by NBC.It was originally set to air on NBC as a midseason replacement during the 2010–11 television season but was delayed till August 2011.Harris portrayed the role of Sara Maxwell a doctor desperate to find the right guy. The series premiered to a low 2.34 million viewers and mixed reviews from critics. The series was not renewed for a second season due to low ratings.

Maudea96 added this to a list 1 month, 3 weeks ago

Madinina voted for an image 7 months, 1 week ago

fuskator voted for 5 images 9 months ago

Look Left voted for an image 1 year, 8 months ago