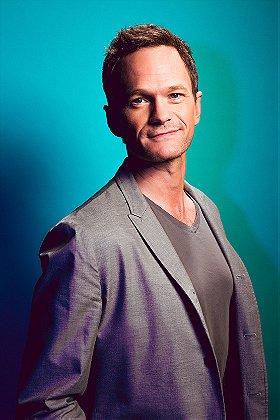 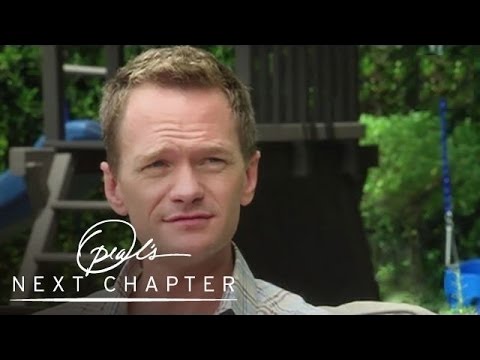 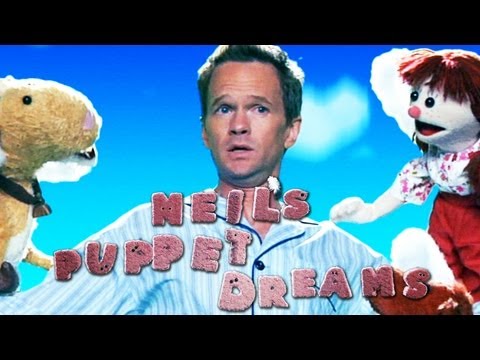 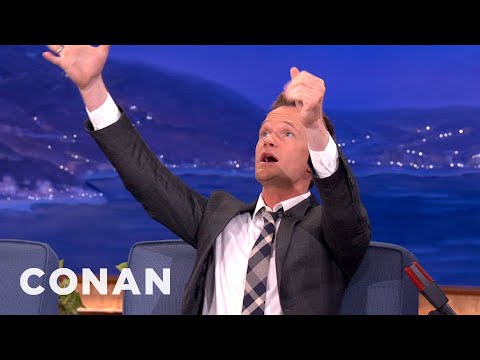 His parents, Ron (a lawyer) and Sheila (a writer), moved the family to Albuquerque in 1988, the same year that Harris made his film debut in two movies: Purple People Eater (1988) and Clara's Heart (1988), which starred Whoopi Goldberg. A year later, when Neil was 16, he landed the lead role in Steven Bochco's television series about a teen prodigy doctor at a local hospital, Doogie Howser, M.D. (1989), which launched Harris into teen-heartthrob status. The series lasted1989-1993 and earned him a People's Choice Award for Favorite Male Performer in a New Series (1990) and a Golden Globe Nomination (1990). Harris attended the same high school as Freddie Prinze Jr., La Cueva High School in Albuquerque. Neil acted on stage in a few plays while there, one of which was his senior play, Fiddler on the Roof (1971), in which he portrayed Lazar Wolf the butcher (1991).

When "Doogie Howser, M.D." stopped production in 1993, Harris took up stage acting, which he had always wanted to do. After a string of made-for-television movies, Harris acted in his first big screen roles in nine years, Starship Troopers (1997) with Casper Van Dien and then The Proposition (1998). In July 1997, Harris accepted the role of Mark Cohen for the Los Angeles production of the beloved musical, Rent (2005). His performance in "Rent" garnered him a Drama-League Award in 1997. He continued in the musical, to rave reviews, until January 1998. He later reprised the role for six nights in his hometown of Albuquerque, New Mexico, in December 1998.

In 1999, Harris returned to television in the short-lived sitcom Stark Raving Mad (1999), with Tony Shalhoub. He was also in the big-screen projects The Next Best Thing (2000) and Undercover Brother (2002), and he can be heard as the voice of Peter Parker/Spider-Man in the newest animated Spider-Man (2003) series. Harris has continued his stage work, making his Broadway debut in 2001 in "Proof." He has also appeared on stage in "Romeo and Juliet," "Cabaret," Sweeney Todd: The Demon Barber of Fleet Street in Concert (2001), and, most recently, "Assassins." In 2005, Harris returned to the small screen in a guest-starring role on Numb3rs (2005) and a starring role in the sitcom How I Met Your Mother (2005). Neil played the title role in the web-exclusive musical comedy Dr. Horrible's Sing-Along Blog (2008), widely downloaded via iTunes to become the #1 TV series for five straight weeks, despite not actually being on television.

Often works his singing abilities into his roles

Often works his abilities as an illusionist into his roles

Both of his parents are lawyers.

Went to the same high school as Freddie Prinze Jr..

Has sung since he was a child. His father played the folk guitar and together they entertained.

His favorite movie is Rear Window (1954) by Alfred Hitchcock.

His parents own a restaurant called "Perreniel's" in Albuquerque. His brother is now running the restaurant.

Based on his Los Angeles stage performance in the musical Rent, he was attached to play Mark Cohen in a television mini series based on the Broadway musical, with Wilson Cruz as Angel, Rikki Lee Travolta as Roger Davis, and singer Shakira as Mimi, but the rights were pulled in order for Chris Columbus to make a film adaptation using much of the original Broadway cast including Anthony Rapp in the role of Mark.

Is an avid Les Miserables fan, and performed the song "The Confrontation" with his co-star Jason Segel (both of How I Met Your Mother (2005) fame) live on The Megan Mullally Show (2006). He performed the role of Javert, to wild cheers from the audience.

He is an amateur magician, which he once demonstrated on the Jerry Lewis MDA Telethon.

Typically, actors playing themselves on film are listed "as Himself" in the film's credits. Due to the over-the-top, outlandish nature of his role in Harold & Kumar Go to White Castle (2004) and Harold & Kumar Escape from Guantanamo Bay (2008), he requested that his credit read "Neil Patrick Harris" instead of "as Himself". This was to make clear that he was playing a fictional character that was in no way a true representation of himself.

According to an oral history of Dr. Horrible's Sing-Along Blog (2008) published in July 2008 in Entertainment Weekly, he auditioned to play the doctor role on Firefly (2002) that was eventually filled by Sean Maher.

He is credited using all three names because there was already a different actor named Neil Harris in the Screen Actors Guild by the time he first got his SAG card. Harris joked on NPR's "Fresh Air with Terry Gross" that he uses all three names because it's "far more theatrical," and that he and his parents considered using names like "Neil Danger Harris" or "Neil Patrick Rocket".

Has been in a committed relationship with stage and screen actor David Burtka, his partner since 2004.

Enjoys Red Bull so much on and off the set of How I Met Your Mother (2005) that he was given a lifetime supply of it and a mini-refrigerator by the company that makes the drink because of the amount of free advertising he has given it.

In one year, he hosted The 7th Annual TV Land Awards (2009), The 63rd Annual Tony Awards (2009), and The 61st Primetime Emmy Awards (2009). All three ceremonies featured him singing a song about the occasion that had been written for him by Marc Shaiman and Scott Wittman.

Recipient of the 2009 The Trevor Life Award, which annually honors an "individual who, through his or her example, support, volunteerism and/or occupation, is an inspiration to Lesbian, Gay, Bisexual, Transgender, or Questioning youth." The award is presented by The Trevor Project, a national crisis and suicide prevention organization helping LGBTQ young people who are facing familial rejection or considering suicide. The next year, he was elected to the Board of Directors of the Trevor Project.

In 2010, Time Magazine named Harris one of their 100 Most Influential People in the World. Joss Whedon wrote the short article on Harris in the issue.

Told Howard Stern that he had plastic surgery to pin his ears back so that they would not stick out as much as they did when he was an adolescent.

On October 12, 2010, his and David Burtka's twins, son Gideon Scott and daughter Harper Grace, were born via surrogate.

Agreed to be the announcer for the CoasterRadio.com podcast after being impressed by the show's year-long "Neil Patrick Harris Project".

Friends with his How I Met Your Mother (2005) co-star, Alyson Hannigan.

In June 24, 2011, Harris and David Burtka announced their engagement via Twitter, stating that they had proposed to each other five years ago but kept the engagement secret until same-sex marriage became legal.

Received a star on the Hollywood Walk of Fame at 6243 Hollywood Boulevard in Hollywood, California [September 2011].

Is of Irish descent.

Is a huge fan of the series, Mystery Science Theater 3000 (1988), and noted that he never missed an episode while making Doogie Howser, M.D. (1989).
Is a lifelong comic book fan and has provided voices for famous characters such as The Flash, Nightwing and Spider-Man (in both a series and video game).

In June 2013, the New York Times reported that Harris is set to star in the title role in the first Broadway production of John Cameron Mitchell's rock musical "Hedwig and the Angry Inch", scheduled for spring 2014.

In 2011, Harris and Burtka told People Magazine that they were each the biological father of one of their twins. Harris said: "We found an egg donor anonymously through a hilarious process of looking at people's profiles and then an amazing surrogate who had helped a same-sex couple before. And then we inserted two eggs, one with my sperm, one with David's sperm and they both took." Burtka added: "We don't know whose is whose."

"Chris Keller" in Arthur Miller's "All My Sons" at the Geffen Playhouse in Los Angeles. [April 2006]

Appearing on Broadway as the Emcee in "Cabaret" [February 2003]
Filled in as co-host for Regis Philbin on "Live with Regis and Kelly". [June 2006]

He will be starring in the London production of Jonathan Larson's "Tick, Tick...Boom!" through September 2005 [May 2005]

1. The Unbearable Weight of Massive Talent

Agent Kermit D. Fonz added this to a list 1 week ago
My Favourite Celebrities (518 person items)

"Harris publicly came out as gay in November 2006, saying, "I am happy to dispel any rumors or misconceptions and am quite proud to say that I am a very content gay man living my life to the fullest and feel most fortunate to be working with wonderful people in the business I love. Harris attended the Emmy Awards in September 2007 with his fiancé David Burtka, later confirming the relationship. In an interview on The Ellen DeGeneres Show,Harris said his relationship with Burtka began in 2004. On"

synth voted for an image 9 months, 1 week ago

Exclusive voted for an image 3 years, 2 months ago

breri added this to a list 3 years, 2 months ago
Triple Threats (26 person items)

unicornsugar added this to a list 3 years, 7 months ago
Faces: The Southwest (35 person items)

rose77 added this to a list 4 years, 3 months ago
Celebrities I Dislike (110 person items)

Bridgey07 added this to a list 4 years, 4 months ago
-Favorite Actors/Actresses- (68 person items)

lalabellexoxo added this to a list 4 years, 6 months ago

IsabellaSilentRose added this to a list 4 years, 9 months ago
Golden Globes 2018 (156 person items)

cooker added this to a list 4 years, 9 months ago

"David Burka David Burka and Neil Patrick Harris tied the knot in 2014 after the Marriage Equality Act was passed. None other than the great Sir Elton John performed at their wedding, which was undeniably an incredible celebration. Since having twins via a surrogate, the happy family always dresses up in elaborate holiday outfits – from adorable Easter photos to larger-than-life Halloween pictures. We cannot wait to see more great things come from this loving family, which come through m"

lalabellexoxo added this to a list 5 years, 1 month ago

lalabellexoxo added this to a list 5 years, 2 months ago
My Hottest Men In Entertainment List 2016 (373 person items)

tiger_lola_gen_fan added this to a list 5 years, 2 months ago
Gay men (49 person items)

darthjoker12 added this to a list 5 years, 9 months ago

Rex Gervase added this to a list 6 years, 2 months ago
On the cover of the Rolling Stone (16 person items)

sasha25 added this to a list 6 years, 2 months ago
Child Stars all Grown up (71 person items)