I Had a Dream

It's almost embarrasing to say, but yes, I dreamed about Star Wars. I was in the woods, and I fell down a whole in the ground (yeah, Alice in Wonderland style) and was suddenly inside a bunker. Darth Vader and Hitler had joined forces to conquer the world, and instead of soldiers they had werewolves to do the job. I met both Han Solo and Luke Skywalker in the bunker as they were trying to defeat Vader and Hitler. We were sneaking through the bunker when Darth Vader suddenly jumped down from the ceiling right in front of us. Then I woke up.

Me, Sasha and some other agents from NCIS were on an mission to spy on some people in a van who was selling drugs in the town I grew up. It turned out our bosses were corrupt, and we had to switch sides. We had to go undercover to pretend to sell drugs too, but then my mom came with the bus to tell me that she was a secret agent and was going to help us. By accident we took some drugs ourselves (not included my mom of course) and blew the mission. Fortunately I awoke right then.

0
Uma Thurman
In my dream I was in a Kill Bill-like scene, and I was fighting some guy. I was doing some really cool fighting stunts, but when I knocked him with my head, I awoke because I had knocked my head in the concrete wall beside my bed too. I had a bump on my forehead for days.
Lexie's rating:

I was in my house, but when I went through the door from my room to the hallway, I was suddenly in the second floor of a big house. It was really old and the most of the furniture were broken. When I walked in the next room, there was dead people hanging from the ceiling. When I turned around, Dracula came flying through the door to capture me. I ran out to the hallway, but the room was packed with Marijuna plants. Dracula caught up with me, but then I woke up.

0
Ryan Gosling
Me and Ryan were in a red cabin in the woods, but we didn't have the key so we had to stay at the attic (the attic was open in one end of the house). I was really tired because we had been running from vampires. The vampires looked like dementors from the Harry Potter movies, and they could fly. They tried to drag us out from the attic, and I almost fell down on the ground, but Ryan held my hand som I was hanging by the side of the house. I woke up before the vampires attacked.

I was riding my horse with a friend, but when we came down the road from where we lived, we saw lots of hyenas. They looked just like the ones in Lion King, like they were cartoons, but they were carrying real life machine guns. We went home to tell our parents, and my dad and I decided to drive down and check it out. We drove a pickup truck with no roof, so when we drove down the hyenas attacked. I awoke right before they did.
Lexie's rating:

0
Michael Jordan
I dreamed that me and my mom were robbing a the shoe store were Michael Jordan usually bought his shoes. We didn't like him that much, so we robbed the mens shoes too, just in case.

I had just read the Harry Potter and the Deathly Hallows book, when I dreamed about Harry Potter. We were fighting someone (I think it may have been Snape) and Harry had lost his wand. So I kept saying to myself that I must give Harry his wand. But then I lost my own wand, and I was really stressed about it. I actually woke up thinking I had to get my wand back.
Lexie's rating:

The night after I watched Salt I dreamed I was a spy. The dream was very strange, so I'm not exactly sure if I was Angelina herself or if I worked with her. It kind of felt like I was schizophrenic or something.
Lexie's rating:

I dreamed I was a part of the Gilmore Girls once. I don't recall much of the dream, but I do remember that we were out in Stars Hollow having fun.
Lexie's rating:

0
Johnny Depp
Johnny visited my in my sleep, but I can't remember what happend. Only thing I remember is that he certainly didn't have a girlfriend!
Lexie's rating:

I was 9y and had just watched an episode of The Adventures of Sinbad where his best friend is turned into a werewolf. I remember this episode as particularly scary, and I dreamed about it the following night. I saw the whole episode again in my dream, but from a 'fly on the wall' perspective.

0
Robert Pattinson
Me and some friends were having a fight practice in a room quite similar to the room were the fight sequence in Twilight take place. It was much like in the movie, only with cooler stunts. The stunts also included bungee ballet like in Tomb Raider. None of the Twilight characters were there. 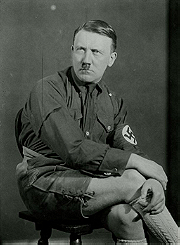 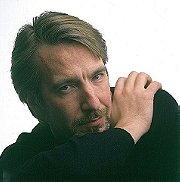 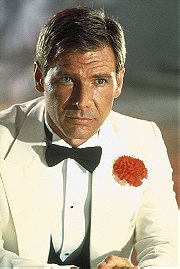 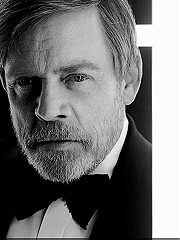 Here are som dreams I've had where movie characters or celebrities have payed me a visit.

My DVD collection Pt. 3 (Movies) by the giraffe

The golden age of Turkish cinema - Yeşilçam by virtualspring

My favorite Actors and their most awesome roles by nehocb

My favorite actor lists on Listal by Lexie

Golden Couples of Hollywood by Lexie

Age is just a number by Lexie