Biopic of his downfall: Der Untergang
TV Biopic: Hitler: The Rise of Evil
What a Burn! The Great Dictator
Prelude's rating:

Second most powerful man in Nazi Germany, Himmler was in charge of the concentration camps, extermination camps, the killing squads, and the head of the SS.

Communist dictator, former ally of Hitler til he got back stabbed, and guilty of horrendous war crimes as well.

Chinese communist leader Mao himself claims to have ordered execution of over 700,000 people from 1949-53. US sources estimate closer to 1,000,000 deaths as a result of land reform, and another 800,000 killed in counter-revolutionary campaign.

But what's a million killed here and there, when Mao's Great Leap Forward helped make everything in US have a 'Made in China' label, and give billions of profits to US corporations?

If an idiot is in charge of the world's only superpower for 8 years, starting unmoral wars, bungling Katrina relief efforts, and nearly bankrupting the world economy, is he really to blame, or the people that elected him?

CIA-backed Freedom Fighter or International Terrorist? Or maybe just a convenient boogeyman that gets recycled each time something bad happens in the world?

The worst kind of Dictator (the Italian kind)
Prelude's rating:

The real mastermind behind the legacy that is Dubya's presidency.

Documentary: Why We Fight
Related: Enron: The Smartest Guys in the Room
Prelude's rating:

First (and second and hopefully last) person to have ever ordered a Nuclear Weapon to be dropped on a populated centre. Never forget Hiroshima and Nagasaki!

Gave the 1950s a healthy does of paranoia with the Red Scare witch hunt.

US-installed, then US-deposed Dictator. Small fry in the grand scheme of things.

Documentary: Why We Fight
Documentary: The World According to Bush
Loosely Related: Jarhead
Prelude's rating:

Liar, crook, and only US president forced to resign in shame (still unsure how Dubya avoided following the same path)

Former Ugandan dictator responsible for between 300,000 to 500,000 deaths mostly due to ethnic persecutions and extrajudicial killings.

Leader of the Manson Family cult which slaughtered several people at their ranch, including Polanski's wife, Sharon Tate.

Movie on his downfall: The Untouchables
Prelude's rating:

Documentary: Living with the Freak
Credits: Discography of the Freak
Prelude's rating:

Key architect of the Iraqi invasion, and former head of the World Bank. Seems like everything this Zionist touches turns to shit.

German director most (in)famous for her role in directing all the key Nazi Propaganda films, most notably The Triump of the Will.

Wife murderer who got off free because of someone decided to play the 'race card' during his trial.

Credits: Movies starring O.J. Simpson
Documentary: Please God, there was AMPLE coverage of his trial. Please never ever make a documentary of it.
Prelude's rating:

Dictator and leader of the Cuban revolution. Worst crime is putting people into comas with his 5+ hr long speeches about the evils of capitalism.

Destroyer of happy childhood memories, such as House of the Dead, Alone in the Dark, Bloodrayne, and god-forbid, Far Cry.

Fun Fact: Roman is associated with many others on this list; as a Holocaust survivor (all the Nazis on this list), as well as fact that Charles Manson killed his wife, Sharon Tate.
Prelude's rating:

1. having an extremely bad reputation

2. deserving of or causing an evil reputation; shamefully malign; detestable 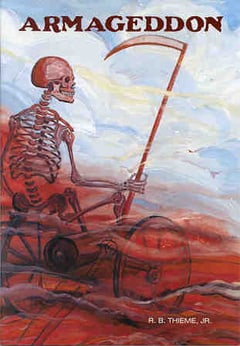 Stars behind bars by GemLil

The Fathers of Action by Seaworth

Heroes of Dawn by Seaworth

Cloak and Dagger...? by Seaworth

Worst Big Budget Directors of All Time by Mustanaamio7

Why no smiles? Show me yer teeth!! by Prelude