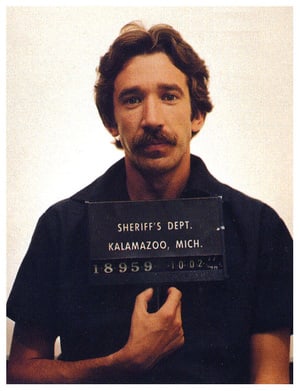 In 1978, Allen was arrested in the Kalamazoo/Battle Creek International Airport for possession of cocaine. He subsequently pleaded guilty to drug selling charges, and provided the names of other dealers in exchange for a sentence of three to seven years rather than a possible life imprisonment. He was paroled on June 12, 1981, after serving 2 years and 4 months in Federal Correctional Institution, Sandstone in Sandstone, Minnesota.

In 1997, Allen was arrested for DUI in Birmingham and was noted of having a 0.15 percent blood-alcohol content. He was sentenced to one year probation.
filmbuilder's rating:

Bale was believed to have hit his mother and sister while visiting them shortly before the London preview of 'The Dark Knight'
filmbuilder's rating:

Berry was involved in a traffic collision where she left the scene of the accident. She had also been the driver in an believed hit-and-run incident three years earlier where no charges were filed. Berry pleaded no contest, did community service, paid a fine and was placed on three years' probation.
filmbuilder's rating: 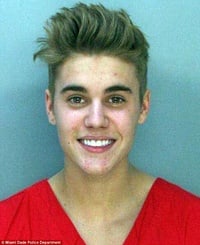 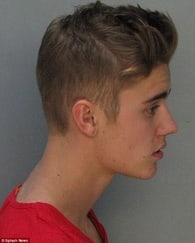 Bieber was accused of reckless driving in his neighborhood in 2012.

On January 23, 2014, Bieber was arrested in Miami Beach, along with singer Khalil, on suspicion of DUI, driving with an over six month expired licence and resisting arrest without violence. Police said that Bieber told authorities he had drunk alcohol, smoked marijuana and taken prescription drugs. Bieber was released on a $2,500 bond.

On July 9, 2014, Bieber was charged with vandalism in California for throwing eggs at his Calabasas neighbour's home in January. Police earlier claimed that they had video footage of Bieber high-fiving friends after the eggs were thrown. With Bieber pleading no contest to the charge, the Los Angeles County Superior Court sentenced him on July 9th to pay $80,900 in restitution, serve two years' probation, complete twelve weeks of anger management and five days of community service in what the district attorney termed a negotiated settlement. Bieber had moved to Beverly Hills in California after the incident.

0
Reese Witherspoon
Celebrities who have been arrested. The date of their arrest and their crime.

Gone, but not forgotten. by Little Miss Trouble.

Movies I Like That Everybody Else Doesn't by DevotedIdeal

Celebrities We Lost In 2014 by filmbuilder

The LEGO Movie Posters by filmbuilder