As Jasmine in Blue Jasmine 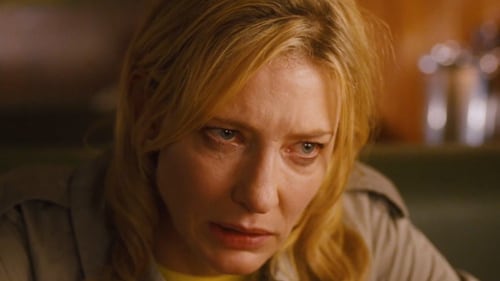 This list is presented in alphabetical order by last name, but if I were to actually rank these performances in order, Cate Blanchett's masterwork of neurosis and self-implosion would still be leaps and bounds #1 on the list. In fact, it doesn't even belong on the same list as the rest of them, because it's in a whole other league of thespian greatness. It's the best work of acting I've seen this decade so far.

As Lucien Carr in Kill Your Darlings 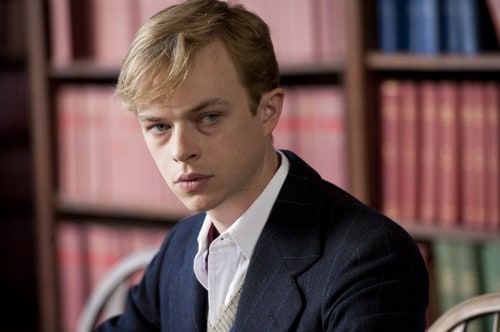 The only actor I'm citing this year for two separate performances is Dane Dehaan. That the two performances are so different, so very much their own animal, only exemplifies this guy's versatility. Kill Your Darlings is full of energy all on its own, but when Dehaan is on screen, he infuses all sorts of vermin and intensity into the movie that make the experience even more searing.

As Jason in The Place Beyond the Pines 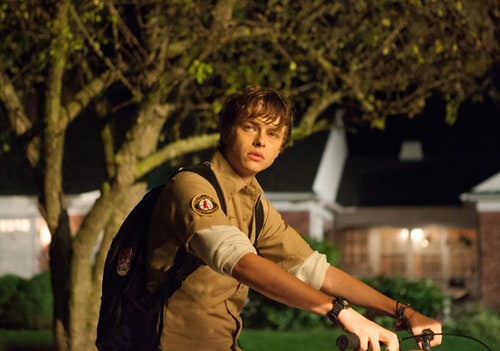 All the malice, wit and seductiveness that Dehaan conveyed in his role in Kill Your Darlings is contrasted by what he did much earlier in the year in the uneven drama The Place Beyond the Pines, in which he conveyed innocence and vulnerability to perfection, managing to measure up nicely against an actor of Ryan Gosling's caliber. The role in Kill Your Darlings may be the more appealing/star-making, but what Dehaan does here is a better indicator of someone who has potential to be a great dramatic actor.

As Celine in Before Midnight 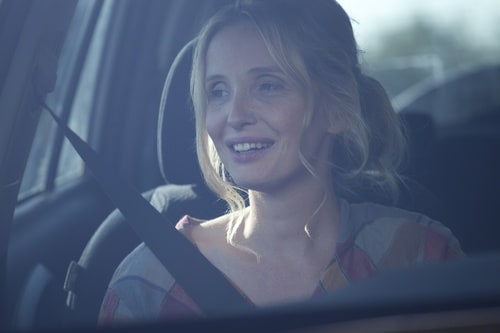 I'm so happy to be able to do this. Just being able to cite Julie Delpy and Ethan Hawke for their work in the Before series in one of these lists is awesome in all sorts of ways. Actually, if I'm honest, I consider Delpy's performances in the first two movies to be even better, and perhaps this citation is more a recognition for her work as a whole as Celine, but it doesn't make her any less deserving of being here. Those who see Before Midnight without being familiarized with the first two movies might view Celine as a chronically dissatisfied nag (a la Kate Winslet in Revolutionary Road), but those who know who Celine was in the first two movies, and the things she aspired to and dreamed about, will fully understand the frustration and bitterness- but, of course, it also helps that Delpy conveys them perfectly.

Just because I have doubts doesn't mean I don't want it.

As Philomena Lee in Philomena 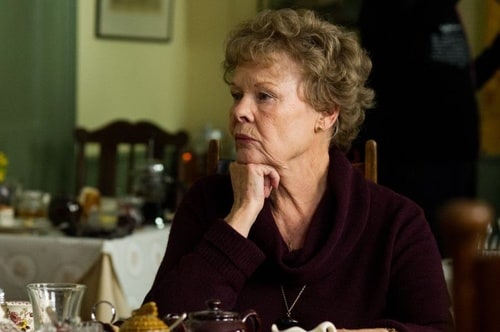 Though Philomena is based on a true story, it's not unwarranted for one to feel like the movie's plot is like something you've seen in several films, including TV movies. So, how is it possible that this is still a really good film? Because Judi Dench gives the title character a humanity that you don't see in most of those other movies and TV movies. She tugged and tugged at my cynical heartstrings, making me temporarily forget her acerbic persona in the Bond films, and even her otherwise unforgettable work as a bad bitch in Notes on a Scandal.

As Woody Grant in Nebraska 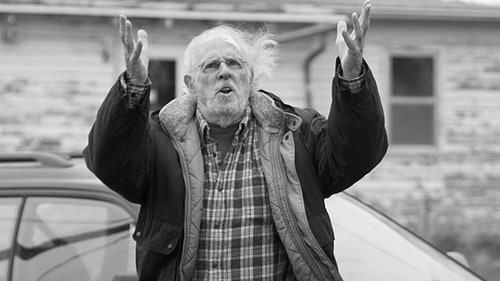 For my money, the best male performance of the year. I've been told sometimes that I like "unlikeable characters". But I think it's possible to like someone like Woody. Not because he'd be pleasant to be around if you happened to meet him in person, but because one can appreciate and understand the source of the character's "unlikable" qualities. There's a sad truth at the heart of Nebraska. When you're a child, you're blissfully unaware of what's happening around you. Similarly, when you're an elderly person, senility can also make you slower in understanding your surroundings- but the difference is that there's not much bliss in the unawareness and feeble-mindedness of old age. You might be slower in understanding and remembering things, but the pain you've experienced and the things that people have done to you are still seared into your heart and mind. Dern captures that perfectly.

As Solomon Northup in 12 Years a Slave

12 Years a Slave is the classic example of the movie that people claim is great because you're "supposed" to say it's great, because, you know, it has historical relevance and it deals with issues of civil rights and prejudice. It's this year's Lincoln, except this one will probably win the best picture Oscar. Bleh. Anyway... I'm able to separate movie and performances when there's a difference in terms of the quality of one versus the other, and I readily admit that, though the movie has been over-hyped because it's the "politically correct" thing to do, all the accolades being thrown at Chiwetel Ejiofor are absolutely deserved. This is a fierce, frequently devastating performance that manages to resonate even when the ultra-generic score is playing or when Ejiofor is forced to deliver some of the film's overly theatrical dialogue.

As Adele in La vie d'Adele (Blue is the Warmest Color) 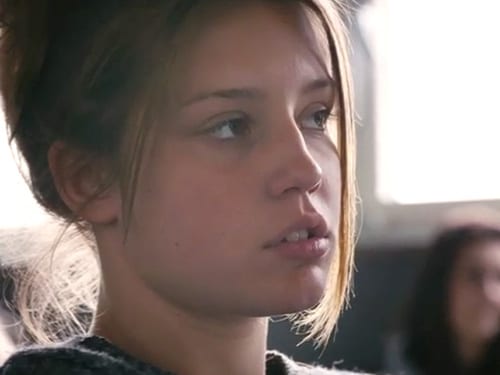 Being a gay teenager can be extremely lonely and disconcerting. Being a gay adult and trying to finally find your place and figure out the whole business of liking/loving/desiring someone can also be extremely lonely and disconcerting, as well as all sorts of other things. Some actors have given great performances doing only one of these things, or exploring only one of these layers. Adele Exarchopoulos has to do all of it, and she has to do it at the rawest of levels, with no cliches to fall back on, and for three hours of which she's on-screen almost the entire time. And she's extraordinary. 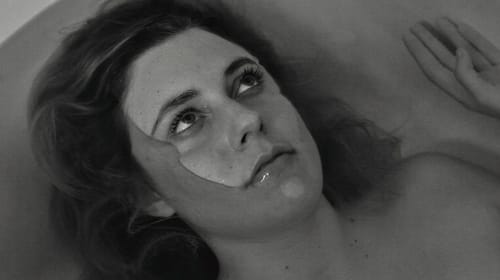 After witnessing Greta Gerwig's atrocious performance in 2008's Baghead, and her good-but-should've-been-great work in Greenberg, I would've never expected that she had the chops to do something as magnificent as what she accomplishes in Frances Ha. Yes, it helps that she's in a wonderful movie and that she gets to play what might be the best character of any 2013 film, but the movie rests a lot on the strength of her performance, which is a perfectly bittersweet one.

As Luke in The Place Beyond the Pines 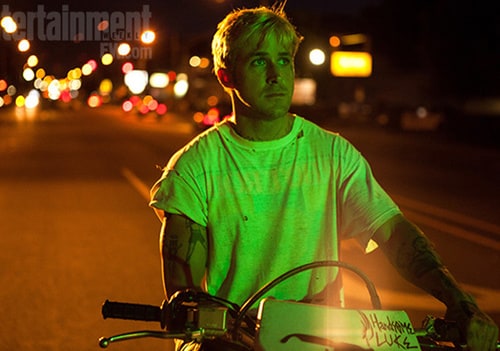 My policy with these lists is to include every single performance that caused a profound impression on me, regardless of how early the movie came out or of whether the movie wasn't as good as it should've been, as is the case with The Place Beyond the Pines. It seems I include Ryan Gosling on these lists every year in which he does anything, but that doesn't come from a place of bias or from a desire to be "consistent", but rather because this is a fearless actor who consistently kills every role he tackles. I haven't seen Pines again since it was in theaters, but I remember that this was yet another example of Gosling saying a lot by saying very little. Not many actors can do that, but he's had it mastered for years now.

As Richard Phillips in Captain Phillips

Captain Phillips almost got an honorary mention on my year-end top 10 list... and, frankly, I admit that there's really nothing at all wrong with the movie, and that my reluctance to include it has to do with the fact that it's such a "mom and pop" movie, you know? (But that may just be because I saw the movie with my parents.) Anyway... any fear about being "uncool" for complimenting Captain Phillips or for listing an actor who "everyone likes" on this list won't stop me from mentioning Tom Hanks here, because his work in this film truly is heart-stopping, and what he does in the last few scenes alone is deserving of an Oscar.

As Jesse in Before Midnight 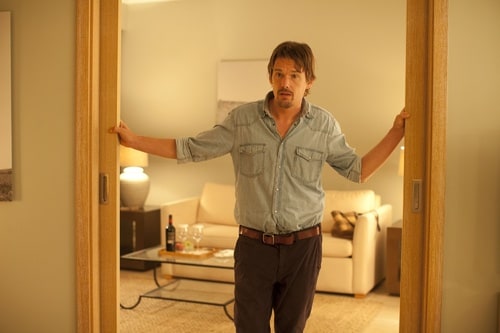 As opposed to what I said about Delpy, not only do I think that this is Ethan Hawke's best performance of the Before series, but I also think that it's the best acting he's done in his entire career. Jesse, whose passion and excitement for life at 23 were tinged with a bit of disillusionment at 32, is now worn and weary at 41, but the playfulness and the desire to feel alive still tingle in his eyes. It's not just that Hawke knows this character profoundly well- it's that he's perfectly in tune with everything that has moved him and scarred him throughout the years.

I assure you, that guy you vaguely remember, the sweet, romantic one you met on the train? That is me.

As Oscar Grant in Fruitvale Station 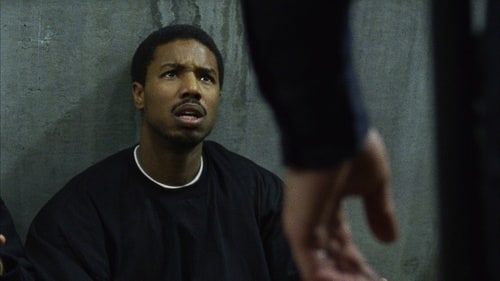 After Bruce Dern, this would be a very close second choice for my favorite male performance of the year. Both Fruitvale Station and Michael B. Jordan refuse to portray Oscar Grant one-dimensionally. Some people believe that we have an obligation to "feel" for characters who are based on real-life people simply because they really existed. I feel for characters in dramas when they feel real, regardless of whether they existed or not. Jordan's portrayal of Oscar Grant is as real as it gets.

Not exactly a terrific year for acting, and aside from Cate Blanchett, I wouldn't say any of the other performances on here are A+. Maybe it's for that reason that I only ended up with 12 names this year, which is a little bit less than usual. But for what it's worth, here are the performances that struck me the most in 2013.

Best movies of 1997 by the giraffe

Watched In March 2015 by Hootsaidtheowl

My Top 15 Favorite Movies of All Time by TGWTG fan

Around the World - Raquel Zimmermann by brazilfashion

Top performances of 2010 (alphabetical) by lotr23