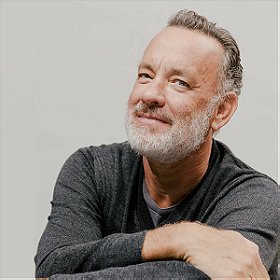 265 votes
They could be siblings (100 items)
list by Darthmasco
Published 10 years, 10 months ago 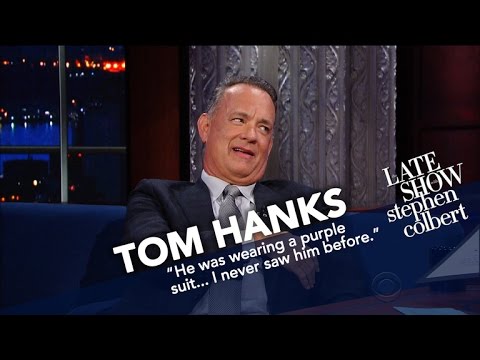 Tom Hanks Honored As Late Show's 'Hunk Of The Day' 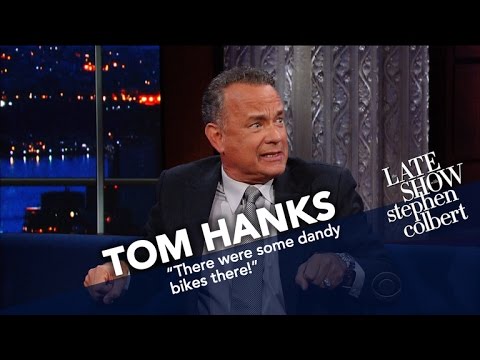 Tom Hanks Went Yachting With The Obamas And Oprah 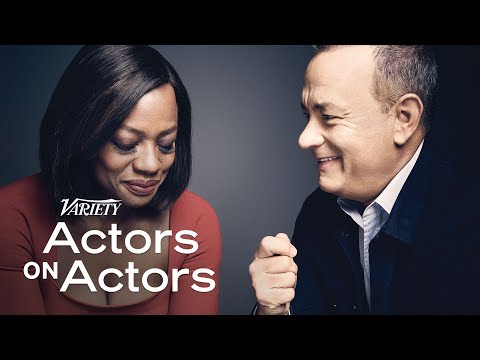 Hanks debuted onscreen in the low-budget slasher movie He Knows You're Alone (1979). Shortly afterward he moved to Los Angeles and landed a co-starring role in the TV sitcom Bosom Buddies; he also worked occasionally in other TV series such as Taxi and Family Ties, as well as in the TV movie Mazes and Monsters. Hanks finally became prominent when he starred opposite Daryl Hannah in the Disney comedy Splash!, which became the sleeper hit of 1984. Audiences were drawn to the lanky, curly-headed actor's amiable, laid-back style and keen sense of comic timing. He went on to appear in a string of mostly unsuccessful comedies before starring in Big (1988), in which he gave a delightful performance as a child in a grown man's body. His 1990 film Bonfire of the Vanities was one of the biggest bombs of the year, but audiences seemed to forgive his lapse. In 1992, Hanks' star again rose when he played the outwardly disgusting, inwardly warm-hearted coach in Penny Marshall's A League of Their Own. This led to a starring role in the smash hit romantic comedy Sleepless in Seattle (1993).

Although a fine comedic actor, Hanks earned critical respect and an even wider audience when he played a tormented AIDS-afflicted homosexual lawyer in the drama Philadelphia (1993) and won that year's Oscar for Best Actor. In 1994 he won again for his convincing portrait of the slow-witted but phenomenally lucky Forrest Gump, and his success continued with the smash space epic Apollo 13 (1995). In 1996, Hanks tried his hand at screenwriting, directing, and starring in a feature: That Thing You Do!, an upbeat tale of a one-hit wonder group and their manager. The film was not particularly successful, unlike Hanks' next directing endeavor, the TV miniseries From Earth to the Moon. The series was nominated for and won a slew of awards, including a series of Emmys. The success of this project was outdone by Hanks' next, Steven Spielberg's Saving Private Ryan (1998). Ryan won vast critical acclaim and was nominated for 11 Oscars, including a Best Actor nomination for Hanks. The film won five, including a Best Director Oscar for Spielberg, but lost Best Picture to Shakespeare in Love, a slight that was to become the subject of controversy. No controversy surrounded Hanks' following film, Nora Ephron's You've Got Mail (1998), a romantic comedy that paired Hanks with his Sleepless co-star Meg Ryan. Although the film got mixed reviews, it was popular with filmgoers, and thus provided Hanks with another success to add to his resumé. Even more success came soon after when Hanks took home the 2000 Golden Globes' Best Actor in a drama award for his portrayal of a shipwrecked FedEx systems engineer who learns the virtues of wasted time in Robert Zemeckis' Cast Away. Though absent from the silver screen in 2001, Hanks remained in the public eye with a role in the acclaimed HBO mini-series Band of Brothers as well as appearing in September 11 television special America: A Tribute to Heroes and the documentary Rescued From the Closet. Next teaming with American Beauty director Sam Mendes for the adaptation of Max Allan Collins graphic novel The Road to Perdition (subsequently inspired by the Japanese manga Lone Wolf and Cub, the nice-guy star took a rare anti-hero role as a hitman (albeit an honorable and fairly respectable hitman) on the lam with his son (Tyler Hoechlin) after his son witnesses a murder. That same year, Hanks collaborated with director Spielberg again, starring opposite Leonardo Dicaprio in the hit crime-comedy Catch Me if You Can.

For the next two years, Hanks was essentially absent from movie screens, but in 2004 he emerged with three new projects: The Coen Brothers' The Lady Killers, yet another Spielberg helmed film, The Terminal, and The Polar Express, a family picture from Forrest Gump and Castaway director Robert Zemeckis. 2006 was a very active year for Hanks starting with an appearance at the Oscar telecast that talented lip-readers will remember for quite some time. In addition to helping produce the HBO Series Big Love, he scored a major international success by reteaming with director Ron Howard for the big-screen adaptation of Dan Brown's novel, The Da Vinci Code, which was such a success that he signed on for the sequel in 2009, Angels and Demons. His Playtone production company would have a hand in the animated feature The Ant Bully in 2008, and that same year he filmed The Great Buck Howard co-starring his son Colin Hanks. He also signed on to co-star with Julia Roberts in two different films: Mike Nichols' Charlie Wilson's War in 2008 and the romcom Larry Crowne in 2011. Later that same year, Hanks would make dramatic waves in the post-9/11 drama Extremely Loud and Incredibly Close, which was nominated for an Oscar for Best Picture.

Ranked by Empire Magazine as 17th out of "The Top 100 Movie Stars of All Time" in October 1997, Hanks is married to actress Rita Wilson, with whom he appeared in Volunteers (1985). The couple has two children in addition to Hanks' other two from his previous marriage.

3. From the Earth to the Moon

2. From the Earth to the Moon

Bruno Pierson voted for an image 1 week, 5 days ago

"Ethnicity: *father – English, some Cornish, more distant German, Scottish, and Welsh *mother – Portuguese Tom Hanks is an American actor and filmmaker. Tom is the son of Janet Marylyn (Frager) and Amos Mefford Hanks. His siblings are Sandra Hanks Benoiton, a writer, Larry Hanks, an entomology professor, and Jim Hanks, an actor and filmmaker. Tom’s father was of mostly English, some Cornish, and more distant German, Scottish, and Welsh, ancestry. Some of his father’s antecedents lived on"

FBI POLICE voted for an image 1 month, 1 week ago

giannicorso73 voted for an image 2 months, 3 weeks ago

yellowhair voted for 4 images 3 months ago

Milos Davidovic voted for an image 3 months, 2 weeks ago

Voyage en Italie voted for an image 3 months, 4 weeks ago

yellowhair voted for an image 5 months, 2 weeks ago

Leo added this to a list 1 year, 2 months ago

darthjoker12 added this to a list 1 year, 4 months ago