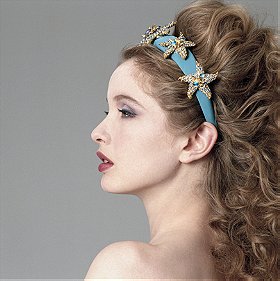 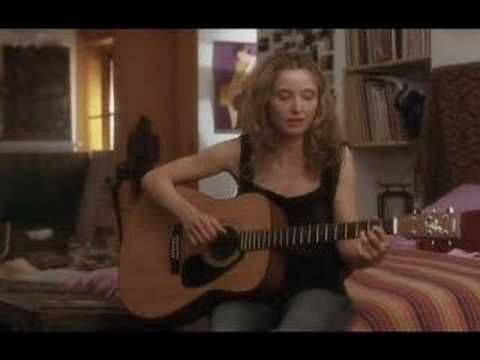 Julie Delpy-A Walts for a Night (in Before Sunset) 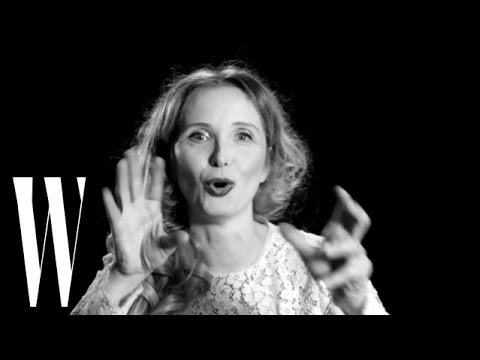 Actress and filmmaker Julie Delpy was born on December 21, 1969, in Paris, France. She is perhaps best known for her cinematic collaborations with Richard Linklater and Ethan Hawke in the romantic trilogy of Before Sunrise (1995), Before Sunset (2004) and Before Midnight (2013). The daughter of theater actors, she started performing at a young age.

Delpy landed her first movie at the age of 14, appearing in Jean-Luc Godard's French drama Détective (1984). Two years later, she picked up one of France's top acting honors, the César Award, for her work in Mauvais Sang (1986). She continued to work in French cinema until she took on her first English language role in Voyager (1991). She co-stars with Sam Shepard in this historical romance.

Moving to the United States, Delpy found herself in such Hollywood films as The Three Musketeers (1993) as Chris O'Donnell's love interest. She attracted a lot of attention for her delicate, refined beauty. But rather than pursue more mainstream roles, Delpy took on a variety of film projects. She plays a prostitute in the thriller Killing Zoe (1994) with Eric Stoltz. She also starred in Krzysztof Kieslowski's White (1994), part of his acclaimed Three Colors trilogy.

In 1995, Delpy co-starred with Ethan Hawke in Richard Linklater's romantic tale Before Sunrise. Their characters, Celine and Jesse, are two travelers who meet by chance and form a special bond over the course of a single night in Vienna. This small independent film became a hit in the art-house movie world.

During the 1990s, Delpy committed herself to learning more about her art form. She attended New York University's film school. As a part of her studies, Delpy directed herself in the 1995 short Blah, Blah, Blah.

After years of struggling, Delpy was finally able to bring one of her own individual works to the big screen. She and Adam Goldberg star as Marion and Jack, a couple who try to repair their fading relationship, in 2 Days in Paris (2007). This film marked her first feature as a director.

For her next filmmaking effort, she explored the historical drama genre with The Countess (2009).

Delpy returned to the silver screen as the character of Marion in 2011's 2 Days in New York. This time around, Marion is involved with Mingus, played by Chris Rock. The pair must cope with a visit from some of her family members.

Two years later, Delpy helped produce a third installment in the chronicles of Celine and Jesse. The pair have been married for a while in Before Midnight (2013). The script was again a group effort between Delpy, Hawke and Linklater. In an interview with The New York Times, she challenged the notion that the dialogue in the trilogy was largely improvised. "It's a compliment, but it's also a little frustrating. The more painless it looks, the more work there is." It seems that the trio's hard work is paying off in critical acclaim. In 2014, Delpy was nominated for a Golden Globe Award for best actress in a comedy or musical in 2014, and for an Academy Award for best adapted screenplay, alongside Hawke and Linklater. ... (more) (less)
Tags: Actress (24), French (14), Female (6), Beautiful (6), Blonde (5), European (4), Born 1969 (4), Singer (2), An American Werewolf In Paris (2), Before Sunset (2), Before Sunrise (2), Francophone (2), Director (2), Ethereal (2), American (2), Adorable (1), Hot (1)
My tags:

Look Left voted for an image 4 months, 4 weeks ago

Nusch voted for an image 6 months, 4 weeks ago

Defenestrated Jack added this to a list 8 months, 1 week ago

rickterenzi voted for an image 8 months, 4 weeks ago

rickterenzi voted for an image 9 months ago

Kandi voted for an image 9 months, 1 week ago

Henny voted for an image 11 months, 2 weeks ago

Botzu voted for an image 1 year, 3 months ago

antongig voted for an image 1 year, 5 months ago

Darthmasco added this to a list 1 year, 5 months ago
Sagittarius (269 person items)

antongig voted for an image 1 year, 6 months ago

rose77 added this to a list 1 year, 9 months ago
My Favorite Celebrities in their 50s (124 person items)

Avalon added this to a list 2 years, 1 month ago
Pretty Pale (78 person items)

rose77 added this to a list 2 years, 2 months ago
My Favorite Celebrities in their 40s (99 person items)

breri added this to a list 2 years, 2 months ago
Actors and Writers (and Directors) (20 person items)

Peco added this to a list 2 years, 3 months ago
Europeas (201 person items)

worshipping voted for an image 2 years, 5 months ago