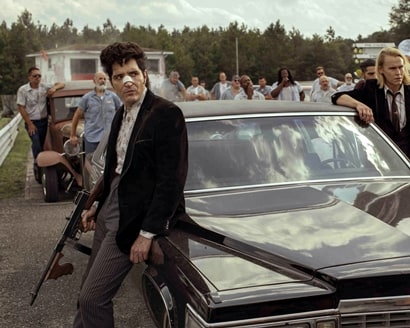 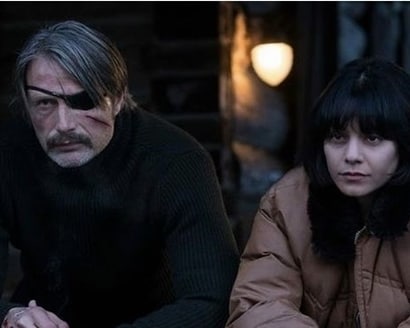 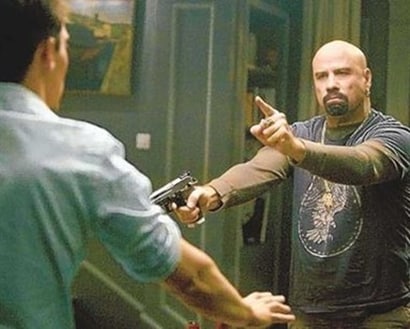 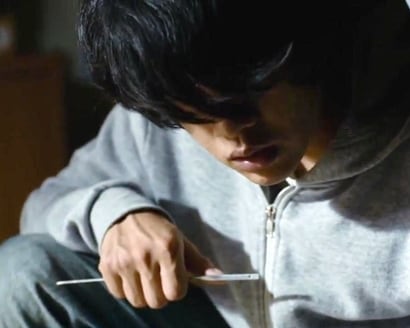 He's a serial killer at heart who's employed by the mafia as a political assassin, however his story centers around getting revenge for a lost loved one. He shows emotions like loss, regret, loneliness and sadness. He spared agents that got in his way and even related to one and helped one. His character reminds me of The Crow in the vengeful aspect and of Dexter Morgan in the emotional and seeming superhuman aspect. It was all really fascinating and larger then life. 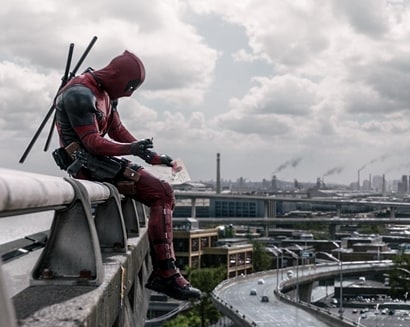 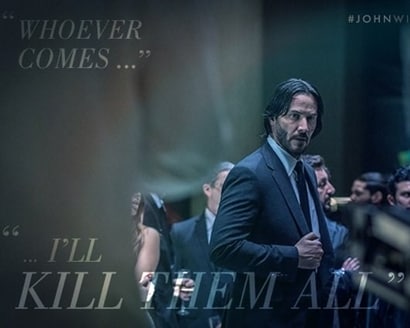 I love the heart of the story and him and his dog. I wish he could have a 'happily ever after' and not be bothered. It's a real treat to watch him do what he does, just as long as he remains victorious. 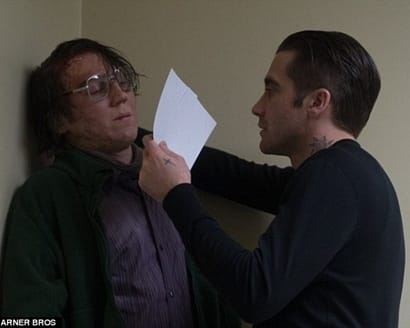 In Jake's own words; 'There's a silence, a quietness to him in the job that he does, a sense of observation. Then also an immediate sense of violence when he has to act or even when he's not supposed to. A real contradiction in someone's personality. Those two reasons are why I wanted to play him.' 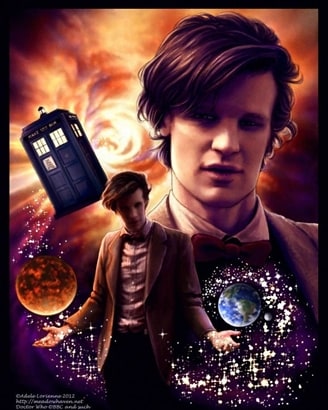 I started watching Doctor who in 2008 i think. But then i stopped after Rose story with the Doctor was over, only 2 seasons. I had always wanted to go back. I suppose I didn't want to see the writers putting him romantically with anyone else especial so soon after Rose. I certainly liked Tennent a lot but I loved Chris Eccleston. I wanted to see at least another year of him. :(

I started watching it again sometime in March 2014. I re-watched the first season and half of the second. I was anxious to pick up where I left off years ago. So I watched season 3 and it was great. I had seen pics of the eleventh Doctor and was very excited to see how he played the part. I thought he'd be amazing which was pretty much baseless going only on looks alone. I thought that maybe I wouldn't have a favorite anymore, maybe I'd like 9, 10 and 11 the same which is saying a lot considering 9 was my favorite though there wasn't much that I didn't like about 10.

I watch a random 11 episode and didn't really like the story line, granted I didn't start the series from the beginning. That was a huge mistake on my part because it almost demolished my hype. I watched a few episodes from season 4 and then decided I was too curious and fast forwarded to the beginning of Elevens story. it was wonderful and funny, and it grew to be something so sweet and lovely. I love this quote:

""Eleven was a funny, whimsical, smart, empathetic, and ferocious maniac of a Doctor. Eleven was a fun Doctor. Eleven was a Doctor who did the impossible in taking the reins from the astonishing David Tennant and creating something completely new and never disappointing. Ten’s was a big loss, and Eleven didn’t just put a band-aid over that wound, he did an emotional triple bypass and closed it up with a Sonic Screwdriver like it was never even there.""

I wasn't sad when David left. I didn't make it that far yet in his story. After seeing the whole of Eleven's story I was beginning to realize I love him even more then the others. I tried to say I adored them equally but bawled when I found out that he was leaving, and that he *wanted* to leave.

I like powerful characters. It wasn't if they were good or bad. It was them doing what it took to get what they wanted, however that treads on a slippery slope.

And The Doctor is exactly that. He will do whatever it takes to stop them, reason with them, imprison them or kill them. Judge, jury and executioner. Worlds owe him their very existence and demons run at the mention of his name. I love that his God Complex is to be a savior and not a ruler. 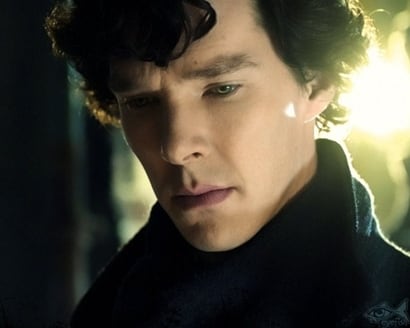 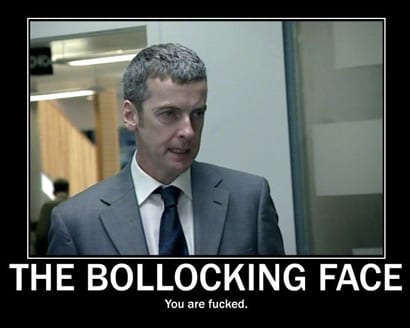 I LOVE his lines. Malcolm Tucker is a fire cracker. The same with Sue Sylvester from Glee. I LOVE watching them on screen. 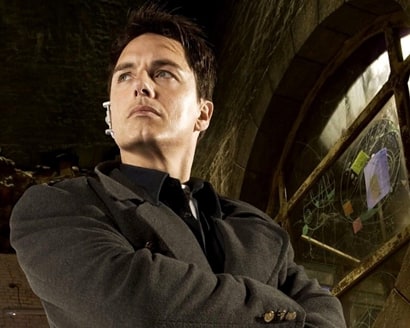 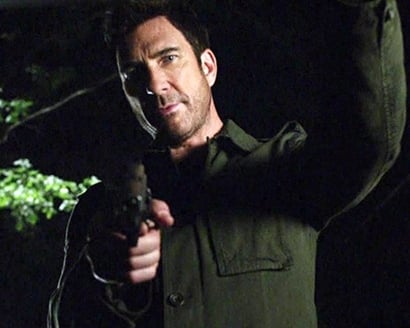 He was great is the leader of the team who took the family hostage. Later, we find out his true motives, that sorta spoiled it for me. He was soooo good at being bad. Good or bad, I'd rather see him be his own man instead of a puppet. 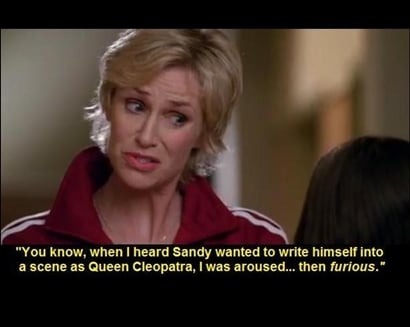 I love ALL her lines! 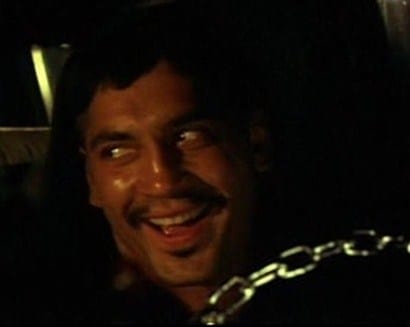 He's a bank robber, grave robber, voodoo witch doctor and kidnapper.
Javier is so much fun as this character. I didn't think he had that in him. I've seen a number of his movies and tend to like his character in No Country and James Bond: Skyfall the best but Romeo is my favorite. 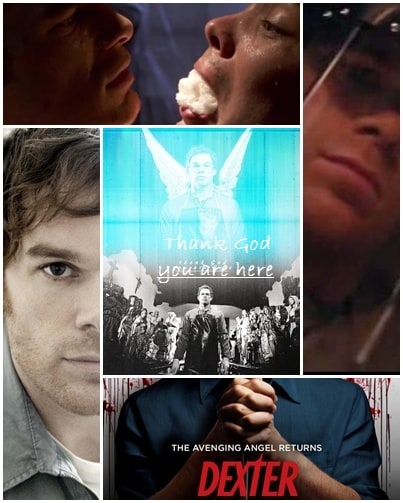 He's a serial killer who only kills other killers. He's effective at cleaning up the streets where the justice system failed and at no cost to the tax payers. He's a bargain really. XP He's written as a sociopath but the stories are written to make himself and the audience question if he's really is. 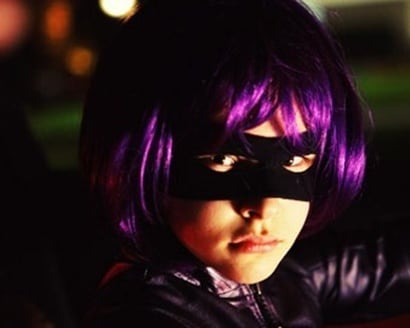 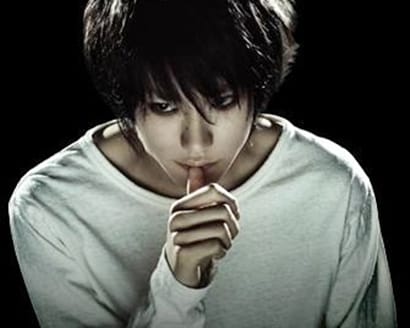 He's willing to do what it takes,and is a little more close to the light then the dark but only because he likes a challenge and if he was on the dark side no one could catch him and he would get bored. lol
He's not the type that would just snipe the guy with magical abilities who can kill with only a name, [[that he zeroed in on with lightening fast speed.]] That would be too easy. Instead, he kidnaps and tortures, plays out a cruel scenario with a suspect and his father, willing to sacrifice lives if it will further the case, extremely deceptive, and uses fear to control the agents around him.
And he's blessed with adorable looks, that a large portion of his fans fail to see he's not really a good person. 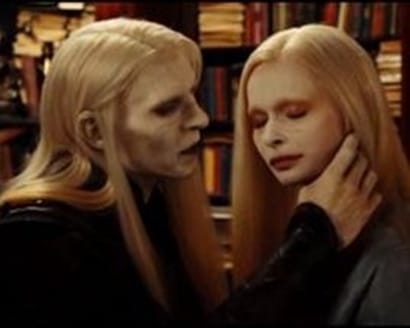 Prince Nuada has some skills and his motives where understandable. 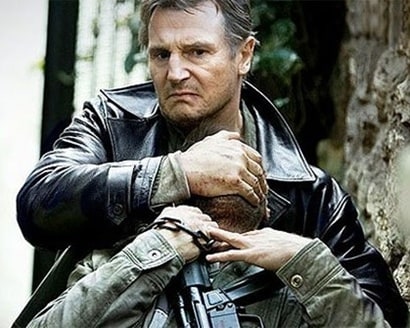 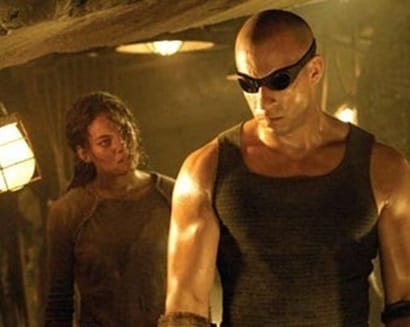 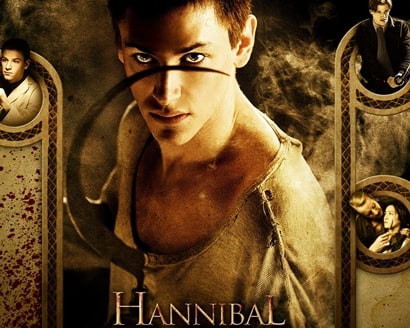 I understand the desire for revenge, and Gaspard's hot. lol 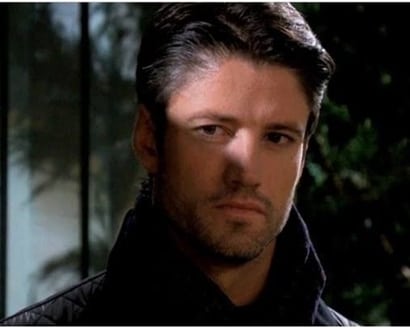 I only tuned in to see him torture Sami and terrorize everyone in Salem and get back in time for tea. Sami was trying to get her meat-hooks into her sisters boyfriend for 15 years till E.J. came and rained down so hard on her she forgot who Austin was. lol. 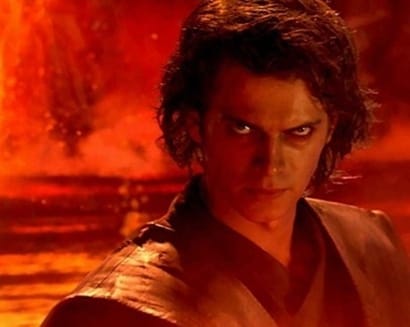 Yes I know mannequin Annakin, not to mention he was only a puppet, but he was also a Jedi and that is badass. 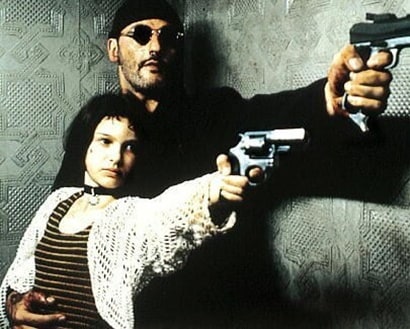 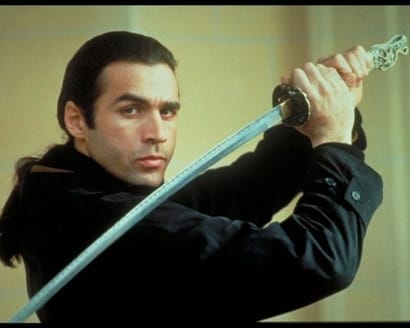 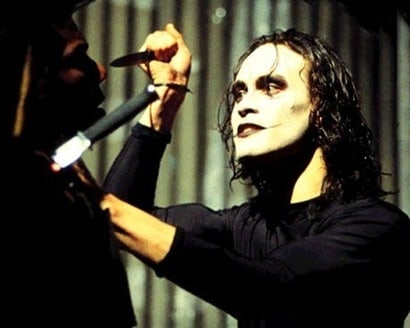