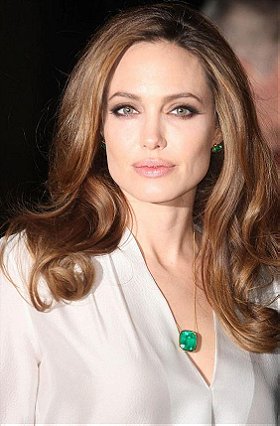 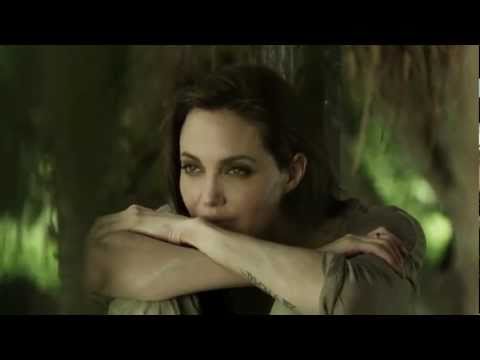 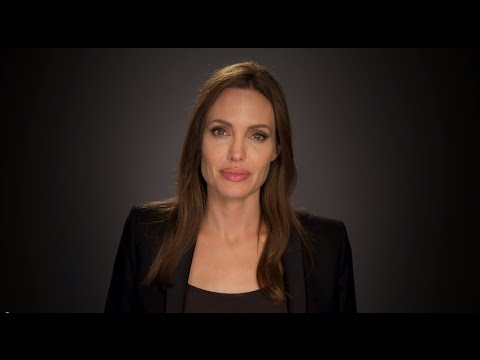 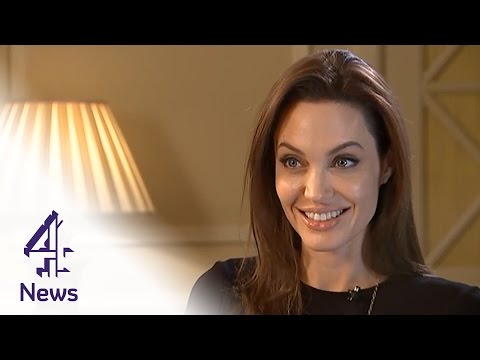 In Jolie's earliest years, Angelina began absorbing the acting craft from her actor parents, Jon Voight, an Oscar-winner, and Marcheline Bertrand, who had studied with Lee Strasberg. Her good looks may derive from her ancestry, which is German and Slovak on her father's side, and French-Canadian, Dutch, Polish, and remote Huron, on her mother's side. At age eleven, Angelina began studying at the Lee Strasberg Theatre Institute, where she was seen in several stage productions. She undertook some film studies at New York University and later joined the renowned Met Theatre Group in Los Angeles. At age 16, she took up a career in modeling and appeared in some music videos.

In the mid-1990s, Jolie appeared in various small films where she got good notices, including Hackers (1995) and Foxfire (1996). Her critical acclaim increased when she played strong roles in the made-for-TV movies True Women (1997), and in George Wallace (1997) which won her a Golden Globe Award and an Emmy nomination. Jolie's acclaim increased even further when she played the lead role in the HBO production Gia (1998). This was the true life story of supermodel Gia Carangi, a sensitive wild child who was both brazen and needy and who had a difficult time handling professional success and the deaths of people who were close to her. Carangi became involved with drugs and because of her needle-using habits she became, at the tender age of 26, one of the first celebrities to die of AIDS. Jolie's performance in Gia (1998) again garnered a Golden Globe Award and another Emmy nomination, and she additionally earned a SAG Award.

Angelina got a major break in 1999 when she won a leading role in the successful feature The Bone Collector (1999), starring alongside Denzel Washington. In that same year, Jolie gave a tour de force performance in Girl, Interrupted (1999) playing opposite Winona Ryder. The movie was a true story of women who spent time in a psychiatric hospital. Jolie's role was reminiscent of Jack Nicholson's character in One Flew Over the Cuckoo's Nest (1975), the role which won Nicholson his first Oscar. Unlike "Cuckoo", "Girl" was a small film that received mixed reviews and barely made money at the box office. But when it came time to give out awards, Jolie won the triple crown -- "Girl" propelled her to win the Golden Globe Award, the SAG Award and the Academy Award for best leading actress in a supporting role.

With her new-found prominence, Jolie began to get in-depth attention from the press. Numerous aspects of her controversial personal life became news. At her wedding to her Hackers (1995) co-star Jonny Lee Miller, she had displayed her husband's name on the back of her shirt painted in her own blood. Jolie and Miller divorced.

In 2000, Jolie was asked to star in Lara Croft: Tomb Raider (2001). At first, she expressed disinterest, but then decided that the required training for the athletic role was intriguing. The Croft character was drawn from a popular video game. Lara Croft was a female cross between Indiana Jones and James Bond. When the film was released, critics were unimpressed with the final product, but critical acclaim wasn't the point of the movie. The public paid $275 million for theater tickets to see a buffed up Jolie portray the adventuresome Lara Croft. Jolie's father Jon Voight appeared in "Croft", and during filming there was a brief rapprochement between father and daughter.

One of the Croft movie's filming locations was Cambodia. While there, Jolie witnessed the natural beauty, culture and poverty of that country. She considered this an eye opening experience, and so began the humanitarian chapter of her life. Jolie began visiting refugee camps around the world and came to be formally appointed as a Goodwill Ambassador for the United Nations High Commissioner for Refugees (UNHCR). Some of her experiences were written and published in her popular book "Notes from My Travels" whose profits go to UNHCR.

Jolie has stated that she now plans to spend most of her time in humanitarian efforts, to be financed by her actress salary. She devotes one third of her income to savings, one third to living expenses and one third to charity.

In 2000, she married Kyle Lai-Fatt in Bali, Indonesia.

In 2002, Angelina adopted a Cambodian refugee boy named Maddox, and in 2005, adopted an Ethiopian refugee girl named Zahara. Jolie's dramatic feature film Beyond Borders (2003) parallels some of her real life humanitarian experiences although, despite the inclusion of a romance between two westerners, many of the movie's images were too depressingly realistic -- the film was not popular among critics or at the box office.

In 2004, Jolie began filming Mr. & Mrs. Smith (2005) with co-star Brad Pitt. The film became a major box office success. There were rumors that Pitt and Jolie had an affair while filming "Smith". Jolie insisted that because her mother had been hurt by adultery, she herself could never participate in an affair with a married man, therefore there had been no affair with Pitt at that time.

1. Notes from My Travels: Visits with Refugees in Africa, Cambodia, Pakistan and Ecuador

1. Notes from My Travels: Visits with Refugees in Africa, Cambodia, Pakistan and Ecuador

mjkalasky voted for an image 3 hours, 50 minutes ago

madreporter voted for an image 1 week, 5 days ago

ROADKILL41 voted for an image 2 weeks, 4 days ago 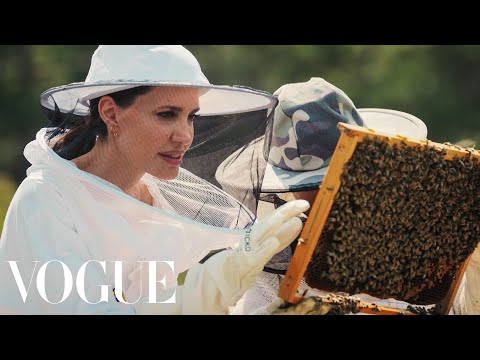 Angelina Jolie Shows Us the Art of Beekeeping | Vogue

Bo Na voted for an image 3 weeks, 3 days ago

faster voted for an image 3 weeks, 6 days ago

kkelzz voted for an image 1 month ago

Darknight voted for an image 1 month, 1 week ago

aeri voted for an image 1 month, 1 week ago

Chris Davies voted for an image 1 month, 1 week ago

Smtx.mw voted for an image 1 month, 3 weeks ago

L90 added this to a list 1 month, 3 weeks ago
Different Kinds of Beauty (730 person items)

flaviobu voted for an image 1 month, 3 weeks ago

osho85 voted for 2 images 2 months ago

victoriaeliana voted for an image 2 months ago