Sorry for the lack of movies watched this month. I was on vacation from April 19-24 and while I did bring some movies with me, I mostly felt like doing other stuff instead of watching movies. I might try the Spielberg Focus again some other month just to make up for the amount of Spielberg movies I watched this month. 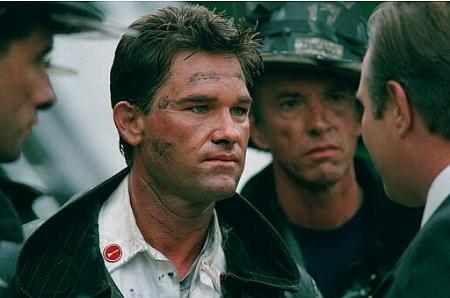 "You see that flash of light in the corner of your eye? That's your career dissipation light. It just went into high gear."

As a person who doesn't know too much about firemen, I thought this movie was amazing. It had some powerful scenes, great acting and some really amazing fire effects. Out of all the Ron Howard movies I have seen so far, I think this one is his best.
moviewatcher122's rating: 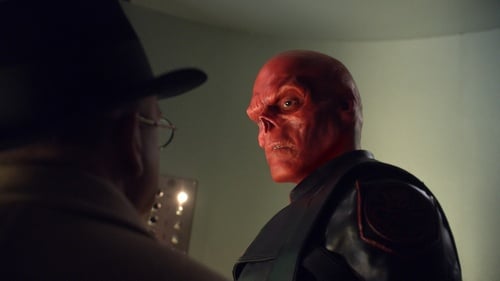 "Whatever happens tomorrow you must promise me one thing. That you will stay who you are. Not a perfect soldier, but a good man."

I have been wanting to see this movie since I saw the trailer for it. I wanted to see it in theatres when it was out, but never gotten the chance to. I did get it on DVD for my birthday that year, but I still hadn't watched it. Today I decided it was about time that I finally watch it, so I can see the sequel. This was a pretty entertaining movie. It started off slow, but it had some great action scenes and a surprise role from Tommy Lee Jones. I didn't even know he was in this movie. It's not the best Marvel movie, but I'm glad I finally saw it.
moviewatcher122's rating:

"Now, an initial report shows you had alcohol in your system at a level of point-two-four. Now in the good ol' US of A, one of the most lenient drunk driving countries in the world, you go to jail for driving with anything above point oh-eight. And by driving, I mean a car."

This was a fantastic return to live-action for Robert Zemeckis after he went through his motion-capture animation phase. Not only was the writing in this movie great, but Denzel Washington delivers the best performance I've seen from him. It even tops his performance in Training Day. This was an amazing movie that kept me interested throughout the whole movie and it's another fantastic movie from 2012.
moviewatcher122's rating:

"Fingerprint scanner? You know, you're gonna put your thumb on that thing sooner or later. The only question is, whether it will still be attached to your body."

I'm going to hell. Why you may ask? Because I actually think this is a good movie. Yes, Nicolas Cage's performance wasn't very good, but I was interested with what was happening in the movie and I would be lying if I said I wasn't at the edge of my seat at certain times. Not a masterpiece, but not as bad as everyone says.
moviewatcher122's rating: 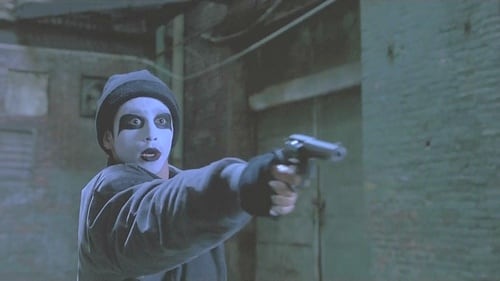 "Everyone in this town knows I've only got one leg. And that motherfucker grabbed the wrong one."

This is a very underrated movie. While it's not as great as The Hughes Brothers other movie Menace II Society, it's still great in it's own right. It's dark, violent and uncompromising like the latter movie. It also has a surprisingly great performance from Chris Tucker. While I do like him as a comedian, it's a shame since he hasn't gotten that many serious roles since he is capable of them.
moviewatcher122's rating: 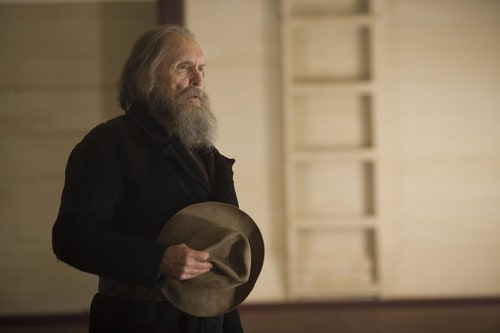 "Mr. Bush, you can't buy forgiveness. It's free, but you do have to ask for it."

This was a decent movie. It did have a good story, but it's nothing memorable and I did find this movie a little boring at times. What keeps this movie from being OK is the performances from Bill Murray and Robert Duvall. In fact it has Bill Murray's best performance in a serious movie.
moviewatcher122's rating:

"How is he even walking right now, Tuck?"
"He looks like he's gonna walk it off, he's gonna be fine!"

This was a very good horror-comedy. While I think this movie is more funny than scary, I was still entertained and it had some good character development for a horror-comedy. Very fun movie with some great dark humor.
moviewatcher122's rating:

"Are you ready for the world to see you as you really are? Look out the window, you know how the game works: disorder, war, all it takes is one step."
"I thought the punishment usually came AFTER the crime."

This movie is even better than the first one. First of all it's different from all the other Marvel movies and the character development in this movie is first-rate. I also loved seeing the backstory of Nick Fury. The action in this movie is awesome and whenever the Black Widow was kicking someone's ass I thought about how great it would be if there was a Black Widow movie. Sure there aren't any good female superhero movies, but it could be the first good one. The only flaw I have with this movie is that it did seem to drag on at certain times, but this was a highly entertaining movie and it gives me hope that 2014 will be a better year for movies.
moviewatcher122's rating: 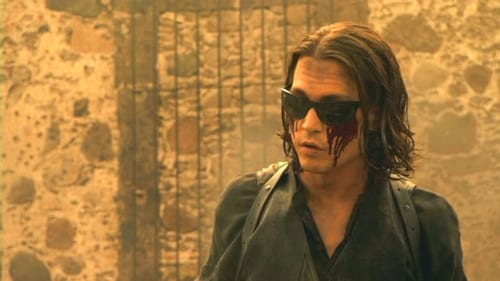 It may not be as good as Desperado or El Mariachi, but I still think this movie is good in it's own right. It doesn't take itself too seriously and it has that same style of action that made those other movies great. A pretty good way to end the trilogy.
moviewatcher122's rating: 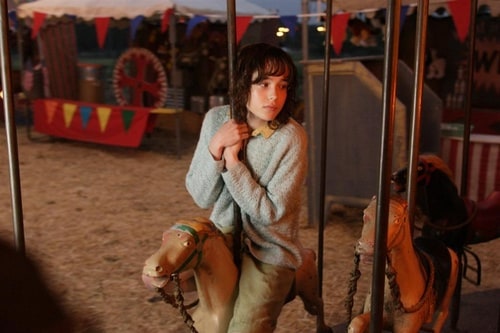 "Reverend Bill used to say, "For every situation God always has a plan." I guess I'm still trying to figure out what that plan was."

This is not an easy movie to watch. It's really disgusting and what makes this movie more effective is that it actually happened in real life. I can't believe the low score it has on Rotten Tomatoes when critics should've been praising this movie, but then again Rotten Tomatoes is a website you just can't trust.
moviewatcher122's rating: 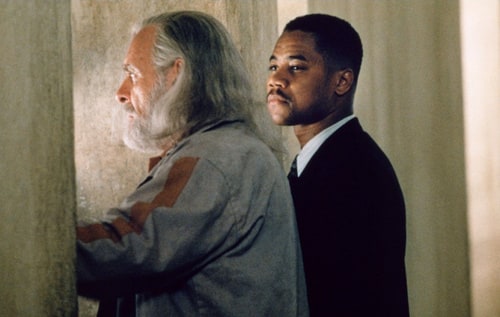 "We have only one thing to give up. Our dominion. We don't own the world. We're not kings yet. Not gods. Can we give that up? Too precious, all that control? Too tempting, being a god?"

The story isn't bad, but what really makes this movie work is Anthony
Hopkins and Cuba Gooding Jr. who gives another underrated performance.
moviewatcher122's rating:

"If you think you're not getting on that bus, man, you're dead wrong. Now get on that fucking bus, 'cause your life ain't worth shit in this town!"

I was simply blown away by this movie. From Harvey Keitel's amazing performance to the dark storytelling. The subject matter of this movie is not for everyone, but I thought the religious theme worked very well in this movie. The only Abel Ferrara movie I've seen besides this one is The King of New York which I thought was a good movie, but had its flaws. If this movie is telling me something, it's to watch more of his movies.

"You want to talk about a problem? I sell ice for a living."
"Ooh, that's a rough business to be in right now. That is really - ahem - that's unfortunate."

What a huge letdown. I was at least expecting something decent judging from the overwhelming amount of hype, but I what I got was an overrated piece of snowman shit. The biggest problem I had with this movie was the amount of songs. It wouldn't be a problem if the songs were any good. Almost all the songs were generic and forgettable. Let It Go is decent, but it's still overrated. I pretty much found the whole movie to be generic from the story to the characters. What did I think of the humor? Wait a minute... this movie had humor? I thought most of the so-called humor was just people falling down. When this movie actually attempted humor it just fell flat for me. This movie had only one funny part and it's not even a line most people remember. This movie is the most overrated animated film I've ever seen.

To the people who are still obsessing over this movie:

I don't care what you're going to say
Let your comments be filled with rage
This isn't Disney's best movie anyway
moviewatcher122's rating: 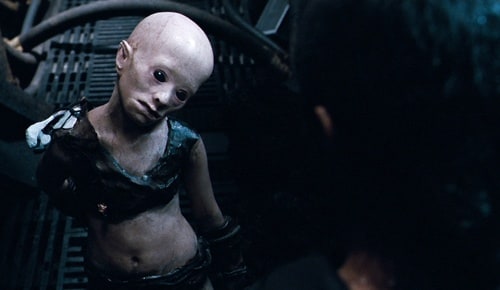 "I can't remember any of my life before this flight began."

I thought that this movie was an awesome, underrated sci-fi experience. It was highly entertaining, had lots of atmosphere and it reminded me of the video game Dead Space. I'm not complaining though because if this were an adaptation of that game, it would be the best movie based on a video game.
moviewatcher122's rating:

"You think it's really him?"
"At any rate, his mind is evolving erratically. I'm not sure it matters anymore."

Screw the critics! This was a very interesting movie with a good premise. Sure the premise may not be original, but it was still very well-executed. Unfortunately, this movie is under-appreciated due to people expecting a typical sci-fi movie when it's much more than that. I was kind of surprised this movie was able to keep its PG-13 rating since it does have quite a bit of blood for a movie with that rating.
moviewatcher122's rating:

At first I was struggling what my monthly focus was going to be for this month, but then when I noticed there is a good amount of Steven Spielberg movies I haven't seen yet. It's a perfect monthly focus since I have some of his movies on VHS and DVD. 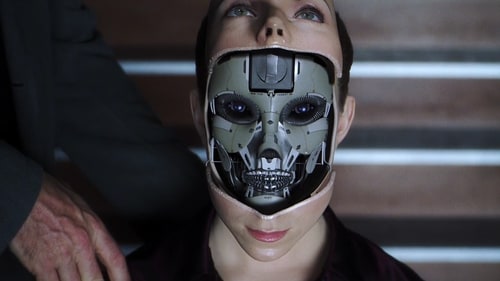 "That was the everlasting moment he had been waiting for. And the moment had passed, for Monica was sound asleep. More than merely asleep. Should he shake her she would never rouse. So David went to sleep too. And for the first time in his life, he went to that place where dreams are born."

This movie was kind of an odd experience for me. The first act was good, but it was overly sentimental at times. The second and third acts however were really good. While the story isn't anything new, the movie acknowledges that pretty well. I also thought the effects in this movie were pretty cool. Not Spielberg's best, but it's still a very good movie.
moviewatcher122's rating: 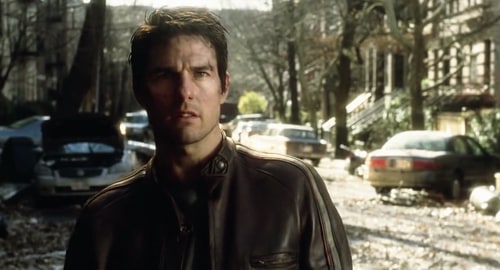 "This... This machine it just started... torching everyone... killing everything."

This movie is pretty underrated. Sure it's nothing amazing, but it's a highly entertaining movie with some cool special effects.
moviewatcher122's rating: 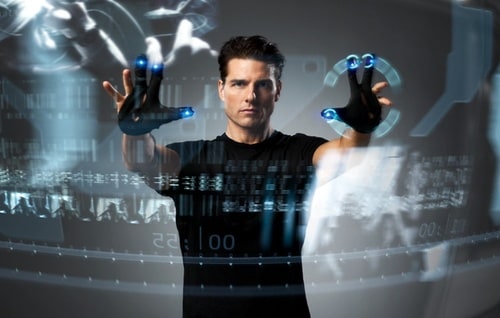 "Sometimes, in order to see the light, you have to risk the dark."

This is probably the best Spielberg movie to come out in the 2000's. It has an original premise, a great script and some awesome action scenes. This movie is a true sci-fi classic.
moviewatcher122's rating: 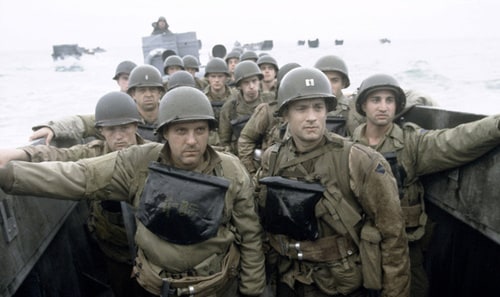 "I got a bad feeling about this one."
"When was the last time you felt good about anything?"

What a masterpiece this movie is. The beginning of the movie has the best battle scene in a war movie. That scene is probably the most accurate war scene in a movie. It is also very emotionally powerful and the casting is fantastic, especially Tom Hanks who was a great leader. One of the best war movies if not the best.
moviewatcher122's rating:

Cinemassacre's Monster Madness 2011 by James B.

Edgar Wright: The best and worst of by Agent Kermit D. Fonz