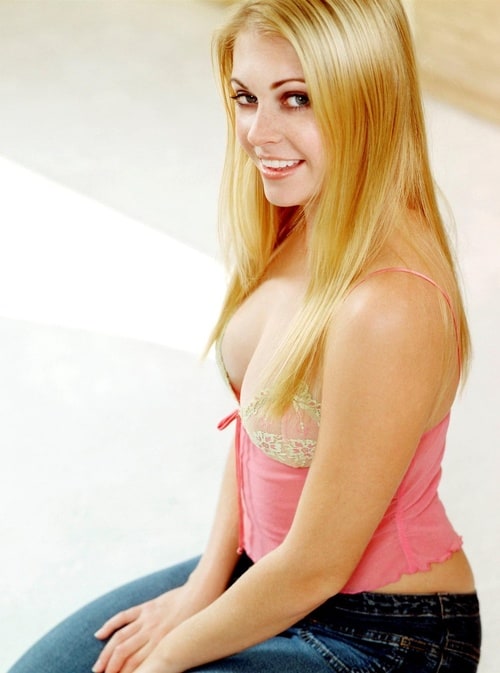 Melissa Joan Hart as Clarissa Darling, the always-explaining protagonist, was the originator of the Nick babe concept. Without Clarissa, 21 years ago, we might never have seen iCarly, Zoey 101, The Amanda Show, Victorious, and the rest of them. If Nickelodeon has (unintentionally) turned into a babe factory, Melissa Joan Hart was its Model T. 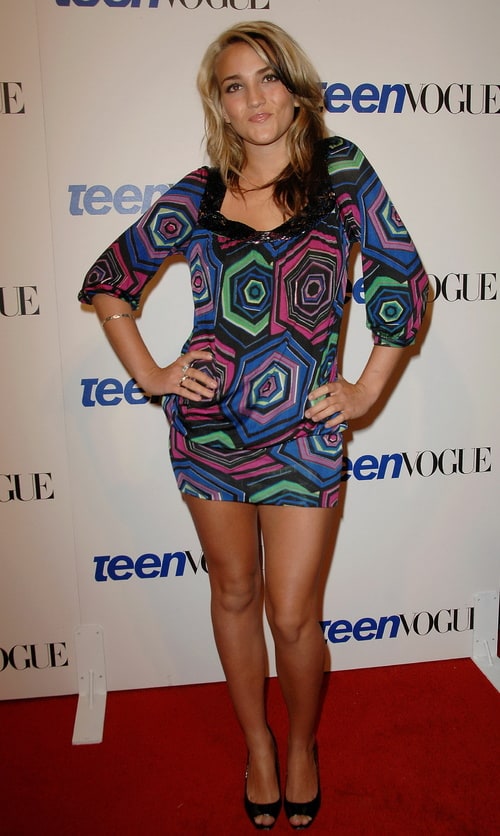 Jamie Lynn is Britney Spears' younger sister, and she looked like Nickelodeon's dream come true in 2005. Zoey 101 was a huge hit for the network, but reports emerged that Jamie Lynn and her co-star Alexa Nicolas were feuding. Alexa was hustled off the set and life went on—until December 2007, when 16-year-old Jamie Lynn revealed she was pregnant. The show aired its final episode in 2008, and Jamie Lynn effectively dropped out of show business to be a mom. 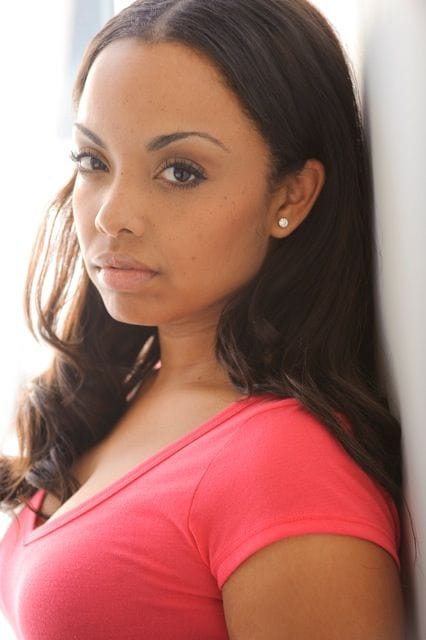 On Kenan and Kel, Vanessa played a typical younger sister, eager to squeal on her brother (Kenan) but crushing on her brother's friend (Kel). She was 15 when the show went off the air in 2000, and she hasn't been in a movie or TV series since. But according to our exclusive industry source (ok, IMDB) she is working on a film, The Magic City, that has (or had) a target release date of 2012. 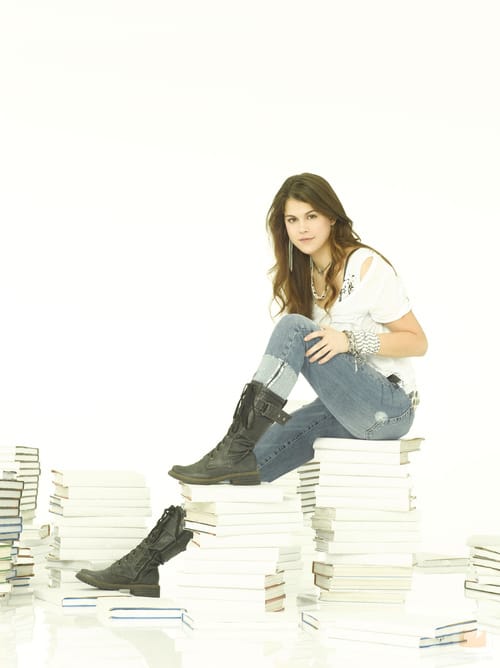 Jennifer "Moze" Mosely is the title character's best friend and possible love interest —they kiss a few times on the show but (perhaps because it's Nickelodeon) that's as hot as it gets. However, she's now on the more risque ABC Family hit Pretty Little Liars, on which she plays Paige, the girlfriend (yes, as in they kiss) of the show's hottest liar, Emily Fields (a.k.a. our "Hot Complex" hottie, Shay Mitchell). Welcome to Team Paily. 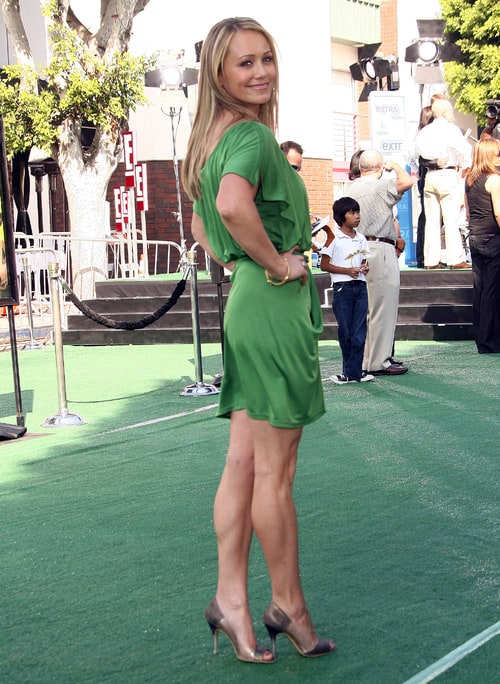 As lifeguard Melody Hanson, Taylor spent a couple years on the staff of a dude ranch in Arizona for Hey Dude, Nickelodeon's second original live-action show. She went on to play the super-hot Marcia Brady in two Brady Bunch movies and is a staple of the Zoolander-Dodgeball-Tropic Thunder comedy scene (basically, anything her husband Ben Stiller is in). 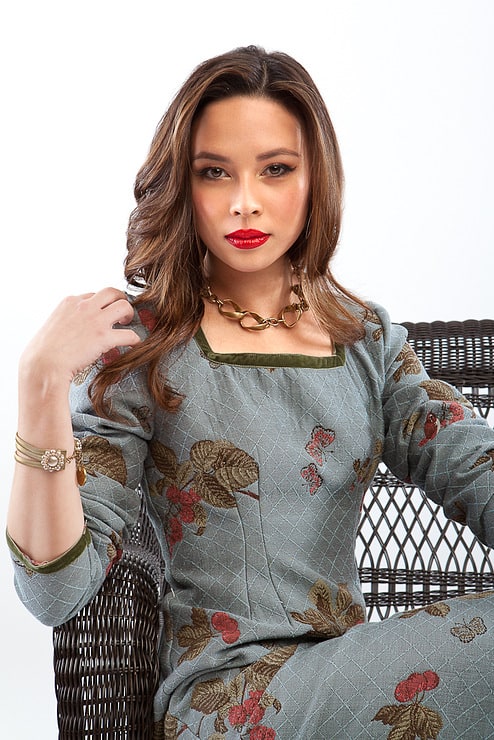 Malese played Geena Fabiano, the best friend of Addie Singer (Emma Roberts), who is interested in fashion and designs her own clothes. She got a bit sexier for The Vampire Diaries, in which she played the vampire Anna, and The Social Network, in which she played Brenda Song's hottie friend. 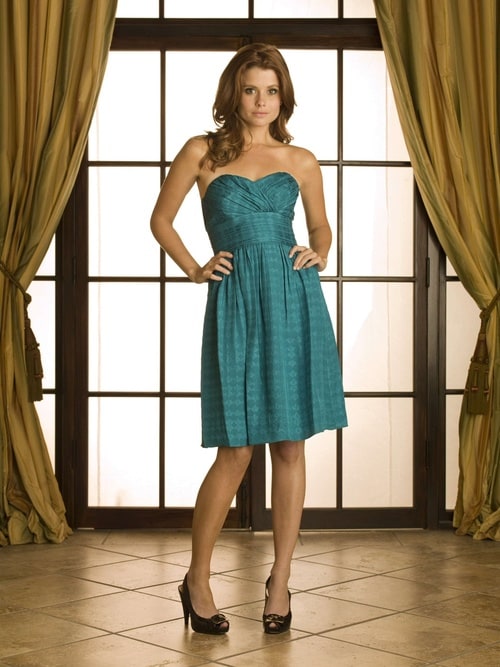 Years before her runs on Animal Practice, Royal Pains, Better With You, Gossip Girl, Privileged, Welcome to the Captain, Reba, and Freaks and Geeks, Garcia Swisher played Sam, a shy member of the group of storytellers calling themselves the Midnight Society. 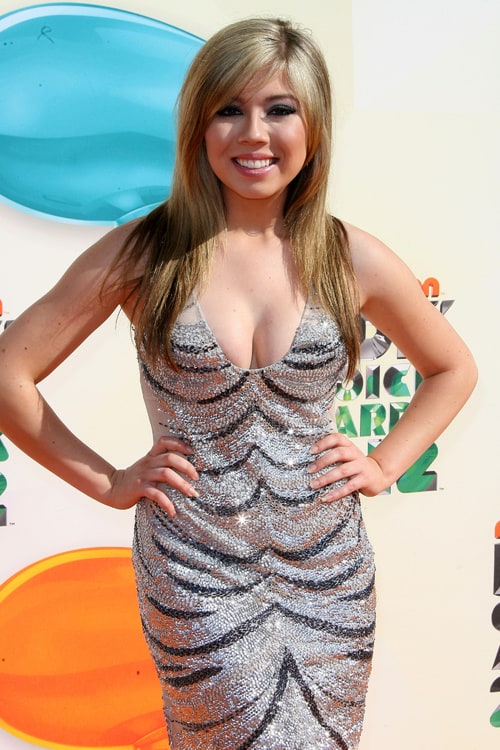 When iCarly goes off the air in November, it will be the end of the road for 20-year-old Jennette McCurdy and her character Sam Puckett—or will it? Nickelodeon has ordered a pilot of a spinoff, to be called Sam & Cat, starring McCurdy in her iCarly character and Ariana Grande, who would reprise her Cat Valentine character from Victorious. 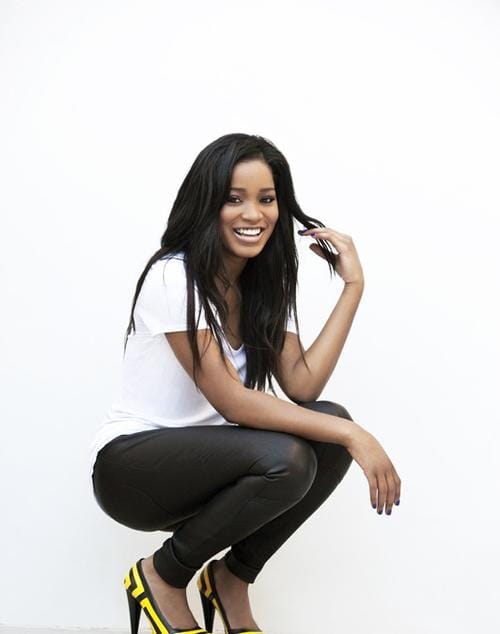 Palmer was well on her way to stardom when she started at Nick. She'd had the lead role in Akeelah and the Bee and her debut album, So Uncool, came out in 2007. She played the title role in True Jackson, VP, a teenager who is hired to head up the kids' division at a fashion company called Mad Style. Now that the show has finished its run (the series finale aired in August), 20-year-old Palmer is free to pursue a career in grown-up movie roles. 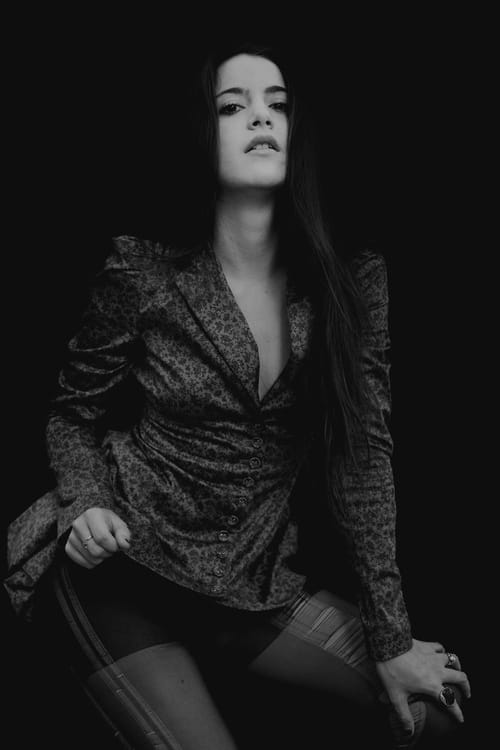 On Zoey 101, Alexa played Nicole Bristow, best friend of the title character Zoey Brooks, who was played by Jamie Lynn Spears. But off camera, the two were anything but. They feuded, and on at least one occasion Jamie Lynn's big sis Britney Spears showed up to chew Alexa out. Alexa, now 20, quit after the second season, citing an "uncomfortable working environment." 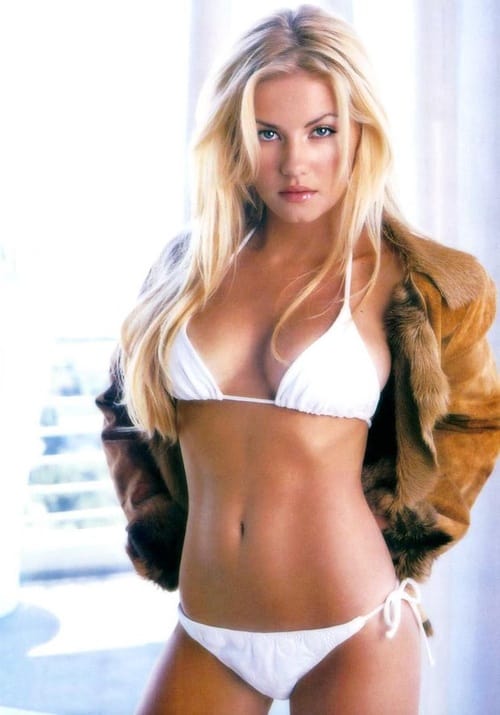 Cuthbert played Megan, the rich girl in a group of ghost story-telling teens who sat around a campire and scared the crap out of us. Nowadays, she's making us laugh on the underrated ABC sitcom, Happy Endings. 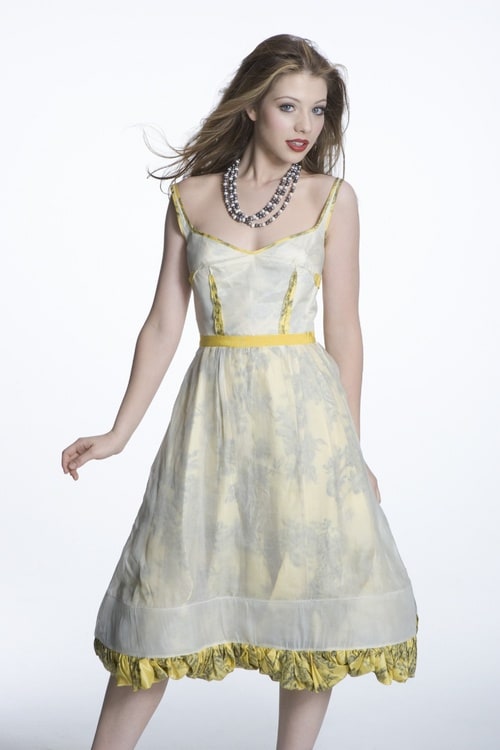 Michelle became the girl we all know and love in 2000, when she showed up on Buffy the Vampire Slayer. But as a very young actress, she played Nona Mecklenberg, friend of young Pete who wears a cast not because she has a broken arm, but because it itches, and she likes that. 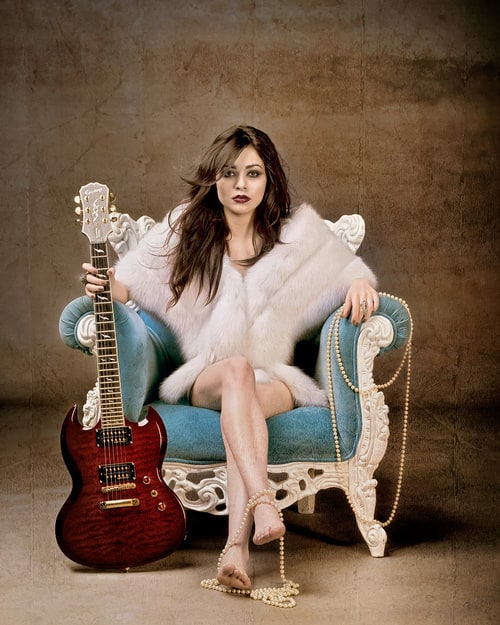 Miranda Cosgrove, 19, has worked for Nickelodeon for a solid eight years, but that will come to an end when iCarly airs its final episode in November. Miranda played a scheming younger sister on Drake & Josh, but really came into her own as the title character in iCarly, about young girl who does a show on the Internet. (Not that kind of show, creep.) Cosgrove is listed in the Guinness Book of World Records as the highest-paid child actor of all time. 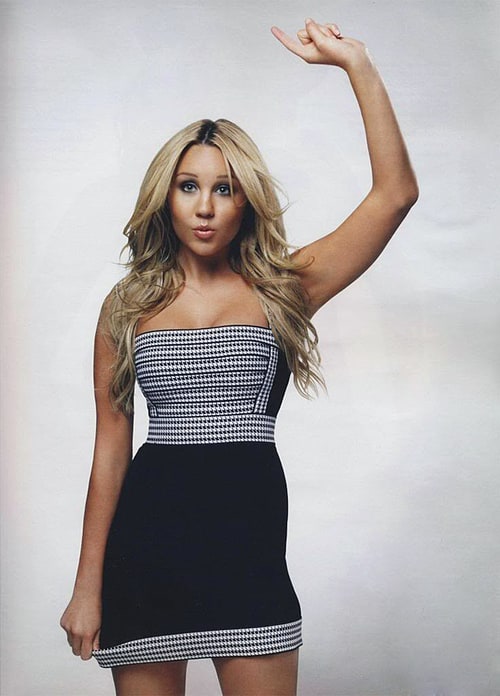 Amanda was Nickelodeon's MVP in the late '90s as a regular cast member on All That and Figure It Out and the star of her own sketch comedy show The Amanda Show. She started a film career in 2002, but after making 10 films, she announced she was retiring in 2010. She planned to be a fashion designer, but these days has some legal issues to deal with—DUI, leaving the scene of an accident, driving with a suspended license, that sort of thing. 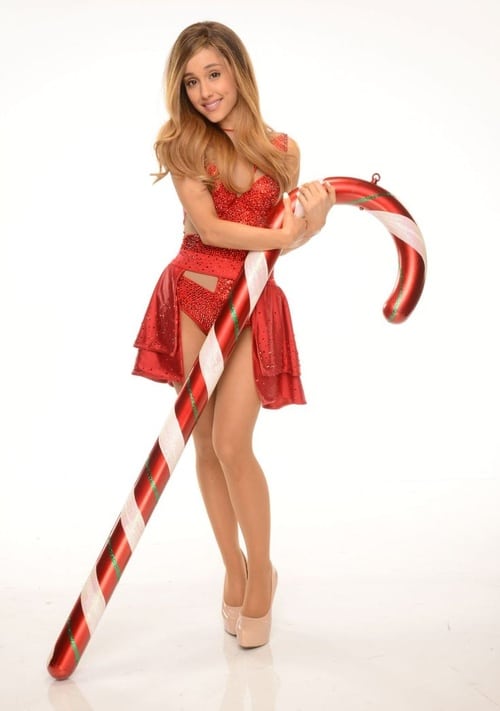 Victorious has been canceled, but this 19-year-old hottie's not quite ready to leave the nest yet. Ariana has signed up to play her Victorious character, the sweet but ditzy Cat, in a spinoff called Sam & Cat. 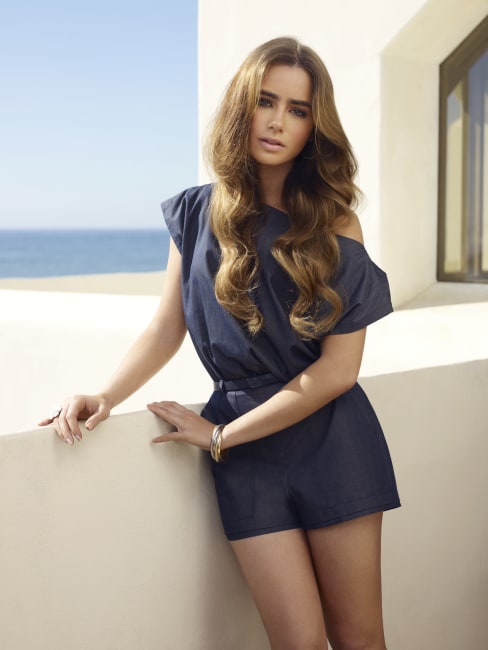 Four years ago, our nation stood at a crossroads: Would we elect a cool young guy or some grouchy old dude to be the next President of the United States? There to help children navigate this choice was Lily Collins, daughter of Phil Collins. She went on to host other Nickelodeon events, including the Kids' Choice Awards Orange Carpet Pre-show in 2009. 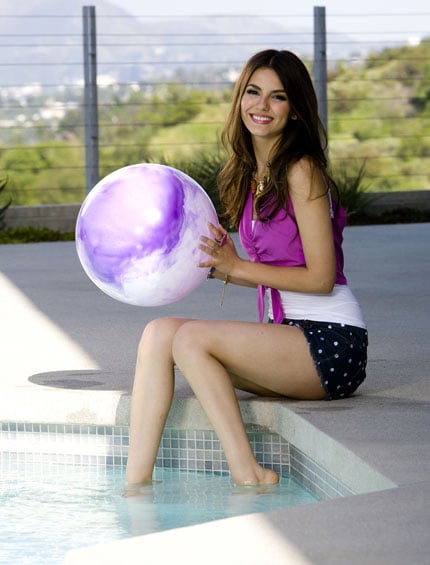 Victoria was a pre-teen when she joined Zoey 101, in its second season, as Lola Martinez. She went on to star as Tori Vega, a student at the Hollywood Arts High School, in Victorious. Now, the 19-year-old has moved onto the big screen, including this year's The First Time and Fun Size. 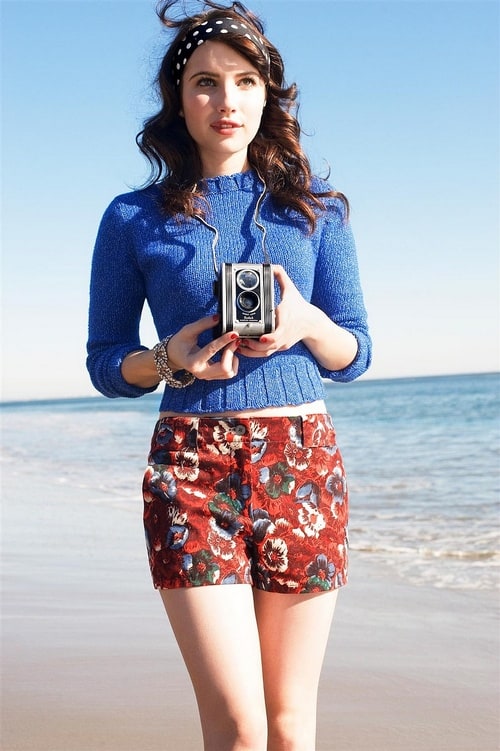 The daughter of Eric Roberts and niece of Julia Roberts, Emma was destined to be a nice looking girl. On Unfabulous, she played Addie Singer, a girl in junior high who writes songs about her trials and tribulations. Sure, it all seems like a big deal as you're going through it, but it's really just a bunch of eighth grade melodrama you'll grow out of, unless you're Taylor Swift. 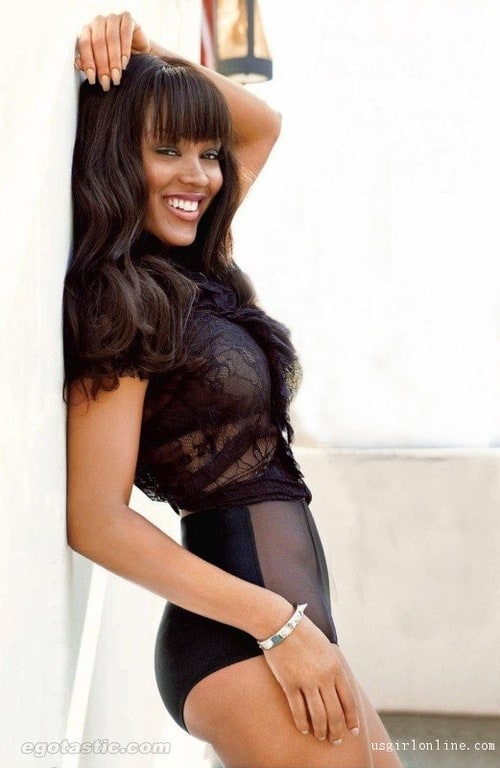 Cousin Skeeter was about a "cousin" who comes to live with a family in New York City, yet over the series' full 52 episode-run, nobody addresses the fact that Skeeter is a puppet and science tells us there is no way he (it, really) could be related to a living human being. Meagan Good played Nina, who was best friends with—and occasional crush material for—Bobby, who is played by a person. 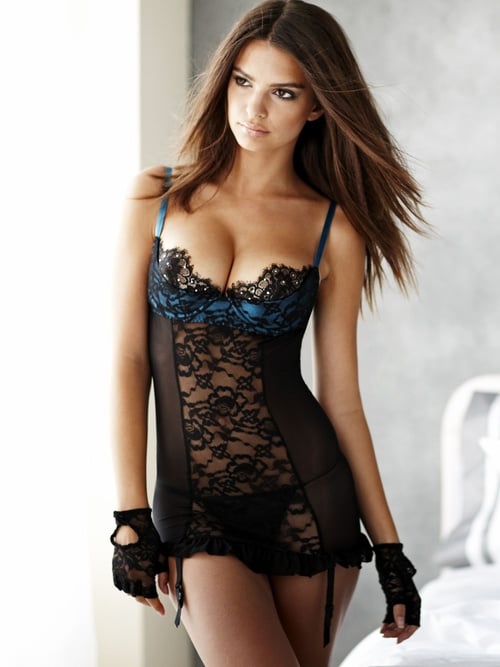 Ok, Emily was in just a few episodes of iCarly, so it's a stretch to call her a "star"—she's no Amanda Bynes. But oh, goodness did this 20-year-old turn out gorgeous. A Taio Cruz video, a Carl's Jr. commercial, a bunch of naked pictures in Treats! magazine, and a Nickelodeon star is retroactively born.

The Gorgeous Dutch Girls by luuhs

Please Allow Me to Introduce Myself by TrekMedic

Frida Gustavsson [VS] by WendyLorene

Over 40 and Beautiful by DuckNation

I Think I Love...Masiela Lusha by BAMF