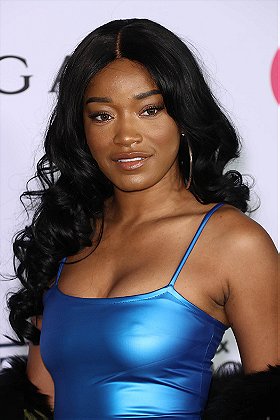 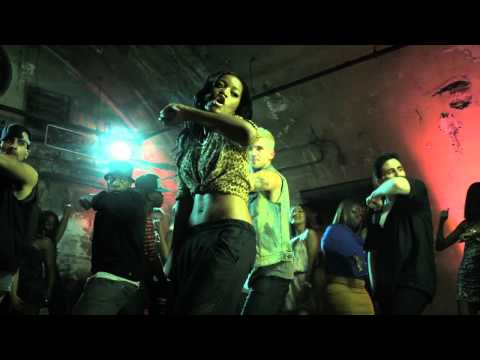 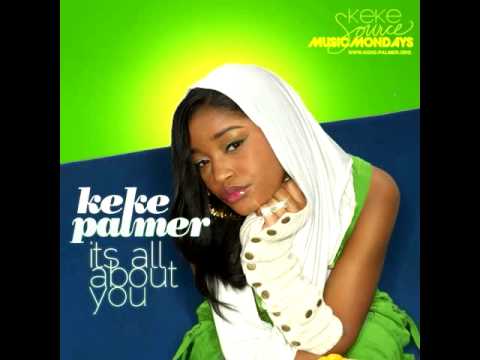 Keke Palmer - Its All About You [FULL/HQ] 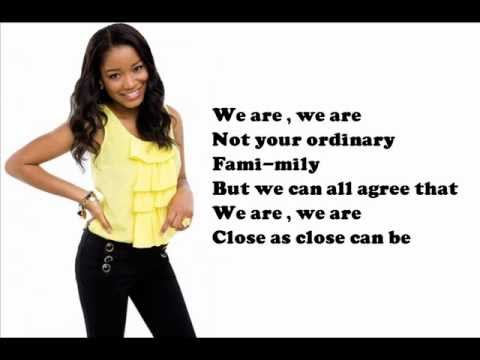 Keke Palmer - We Are Lyrics

In 2008, Palmer began her starring role as the title character in Nickelodeon sitcom True Jackson, VP. Palmer also wrote and performed the theme song for the series. That same year, she ended her year and a half relationship with Tyler James Williams.
In July 2009, designer Jane Siskin created a Walmart fashion line inspired by True Jackson, VP, with all the designs being approved by Palmer. The fashion line consists of jumpers, modern dresses, knit tops, T-shirts, leggings, and more.
In 2010, Palmer was signed by the Chairman of Interscope Records Jimmy Iovine and began working on an album. Between her MySpace and SayNow accounts she has released several snippets of songs that were recorded for possible inclusion on her sophomore album. In a 2011 interview, Palmer stated the album is complete and is in the process of finalization. The self titled album will be a mixture of R&B/Hip-Hop with pop undertones. Producers and writers for the album include, Oak, Lil Eddie, Lucas Secon, and others. Palmer stated that the album itself will be released in early 2012.
As of late 2010, Palmer, along with many other widely known celebrities, has been an avid representative for the "Saving Our Daughters" oath project, an anti-bullying campaign that allows people all over the world to take an oath to stop bullying.
In 2011, Palmer released a statement on her official website saying that she will be going on a US tour to promote her new music. She asked fans to vote for the states they wanted her to visit first. On September the winning states were announced. They were Texas, Florida, Minnesota, Georgia, Mississippi, Washington D.C., New York, and North Carolina, which is expected to start in 2012. That same year, she finished her show True Jackson, VP.
She starred alongside Dolly Parton and Queen Latifah in the film Joyful Noise, released in January 2012. She will produce and star in Rags, a Nickelodeon musical film, as well as voice characters in Ice Age: Continental Drift and Winx Club. Palmer has also recently been cast in the upcoming comedy Virgin Mary, opposite Abigail Breslin and Carter Jenkins.
On July 10th 2012, Keke unveiled the video for the first single from her upcoming mixtape, "You Got Me". ... (more) (less)
Tags: Actress (2), Born In 1993 (1), Muratozkent.com (1), Seethrough (1), KTBS (1), Holy Shit (1), Tasty (1), Ebony (1), August 26 (1), Born In August (1), True Jackson VP (1), Scream Queens (1), Black Hair (1), Female (1), Pokies (1), Born 1993 (1), Legs (1), Leggy (1)
My tags:

donpa voted for an image 1 week, 1 day ago

darthjoker12 added this to a list 2 weeks, 4 days ago

The Princess and the Frog Dream Cast (14 movies items)

David Roffidal voted for an image 2 weeks, 4 days ago

maxmilflover voted for an image 2 weeks, 4 days ago

Look Left voted for an image 3 weeks, 4 days ago

btbesq13 voted for 2 images 1 month ago

Dragonslayer voted for 9 images [View All] 1 month ago

Darknight voted for an image 1 month ago

Dragonslayer voted for 27 images [View All] 1 month ago

EFPaisley voted for an image 1 month, 1 week ago

Seinfeld voted for 8 images [View All] 1 month, 3 weeks ago

Nathan Coolbaugh voted for an image 1 month, 4 weeks ago

Darf Dazzah voted for an image 2 months ago

Dj Levels added this to a list 2 months, 3 weeks ago

"Keke Palmer broke barriers in 2014 by becoming the first Black woman to play Cinderella on Broadway."

GP79 voted for an image 3 months ago

Chazz Reinhold added this to a list 3 months, 3 weeks ago
2019 Calendar of Movie Actresses (24 person items)