0
Bing Crosby
Bing Crosby will be the MC here at the Ritzy Hollywood Nightclub. 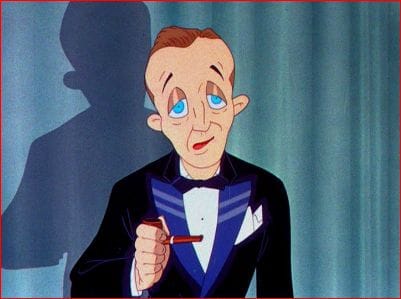 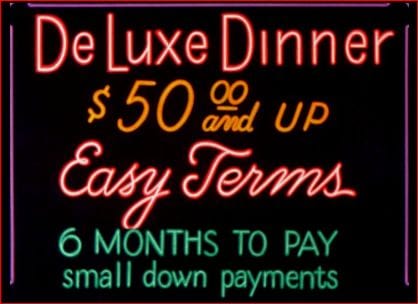 The joke about the cost of dinner at the swanky Ciro's in 1941 seems spot on for dining-out in 2012. 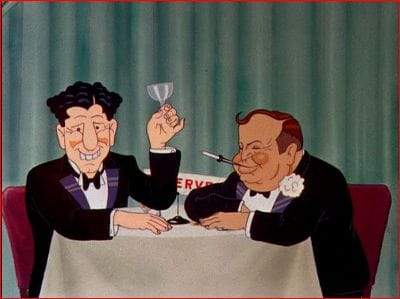 Warner Brothers Cartoon Department big shots: assistant producer Henry Binder and producer Leon Schlesinger are the only Schlesinger employees who can afford to dine at Ciro's. 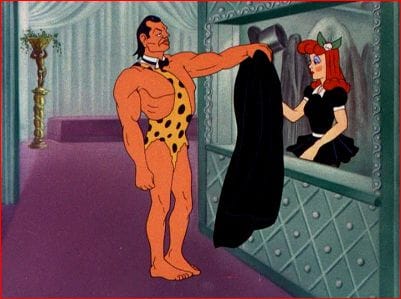 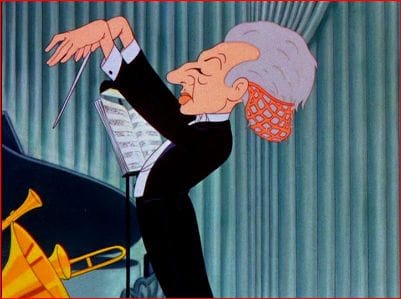 0
Cary Grant
Even in cartoon form Cary Grant is always the picture of elegance; with the mysterious Greta Garbo as a measly cigarette girl. 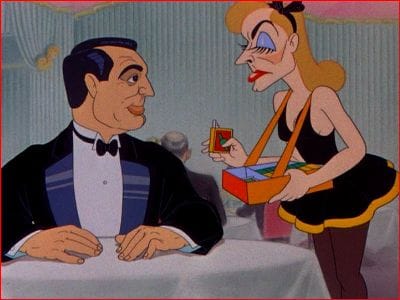 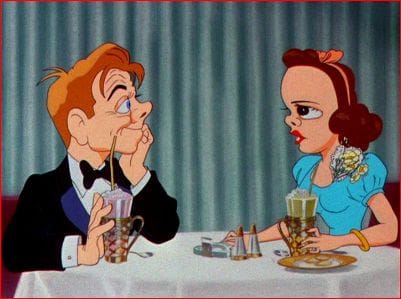 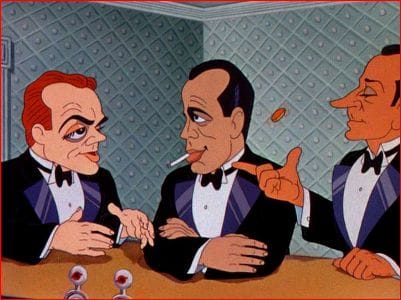 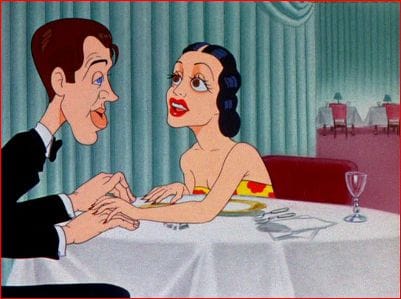 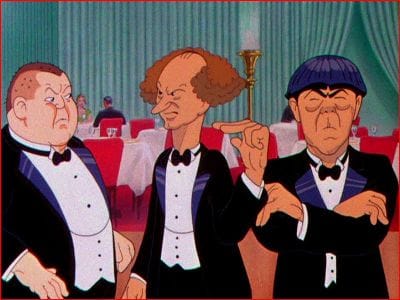 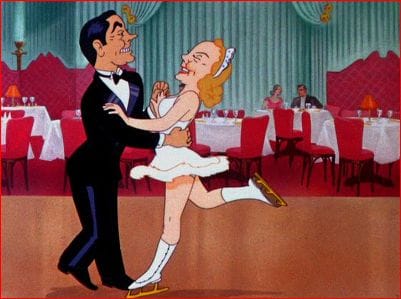 0
Sally Rand
The featured act, burlesque dancer Sally Rand - here as Sally Strand - performs her famous bubble dance, much to the overheated pleasure of the male stars in the nightclub. 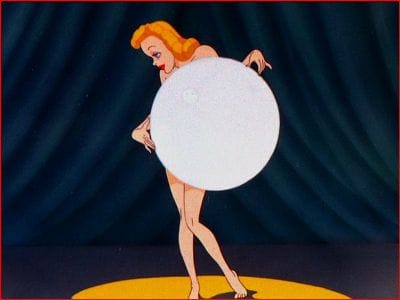 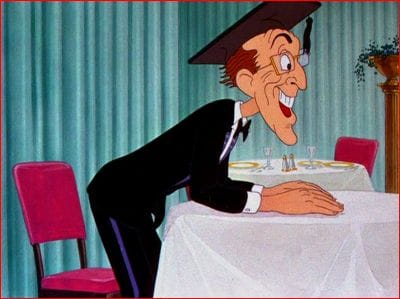 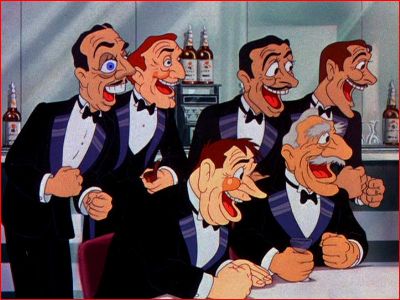 0
Peter Lorre
Creepy Peter Lorre's reaction to Sally's dance: "I haven't seen such a beautiful bubble since I was a child". 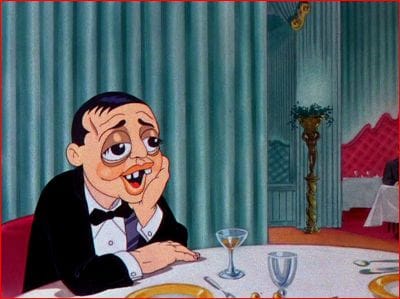 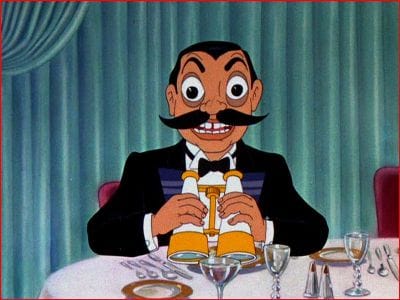 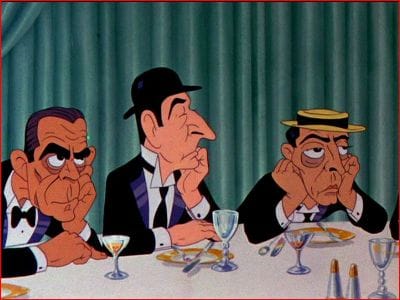 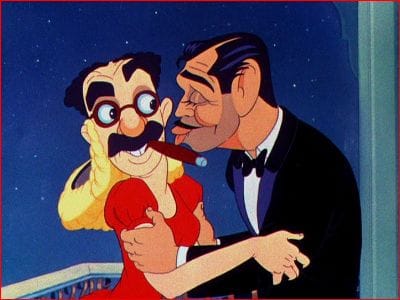 All the stars go to Ciro's. Here is a beautiful painting of the famous nightclub where Classic Hollywood Steps Out. Ciro's was a real Hollywood nightclub that opened in 1940, located at 8433 Sunset Boulevard, and was a hangout for movie people for three decades. 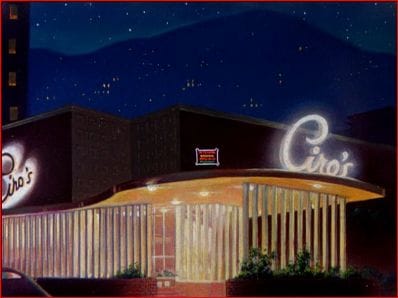 German Expressionism in cinema by SJMJ91

Most influencial painters of all time by vadeboncoeur

Favorite Horror of 2010s by mirinbuddy

Brown-Eyed Men Are Adorable by Noirdame

Tough Guy Names From our Favorite Movies by blankend

Freaky Plastic Surgery On Film By Ashley Clark by blankend

Tribute to Errol Flynn by blankend