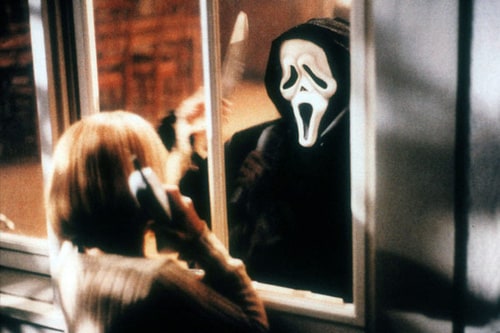 I decided to watch this on the last day of January. I had seen bits of the start of the movie about a year ago, but, I decided to watch the full movie. And I have to say it was a pretty good movie, for a horror movie anyway. Unfortunately, having seen "Scary Movie" 1 before watching this it pretty much spoilt the whole twist/shock of who the killer is,..or should I say "killers", which was defiantly a shame, I must say. But I fairly enjoyed this horror movie nevertheless, but it still hasn't convinced me to watch it's many other sequels, as there is only so many times a guy in a cheap kids mask that you could probably buy at your local store can be entertaining, let alone scary.
The Enterprise's rating: 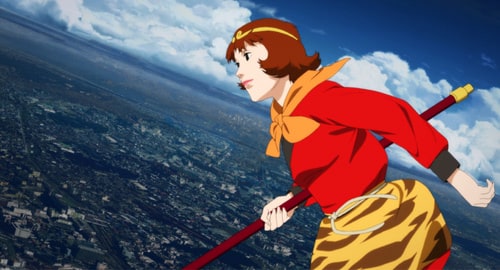 Creepy..Yet fairly entertaining. I'm quite a fan of Japanese anime movies, like Studio Ghibli etc. But this was very different not like a Ghibli Movie, it was very weird, one of them delusional films. I personally don't think everyone will enjoy this movie, as it's very very different and as it's a borderline mind game movie, some people might just think of it as plain stupid. I quite like it, in my words, a pretty watchable movie, and I would defiantly recommend it to Japanese anime lovers.
The Enterprise's rating: 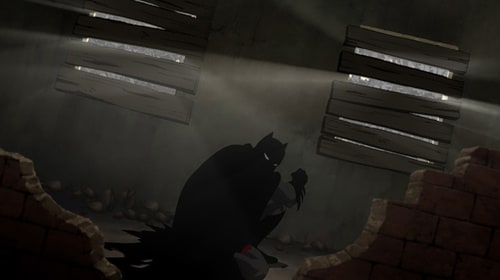 Batman. Something that in my opinion has been destroyed. I've been a Batman fan for years and it's very upsetting to see that how these big Hollywood companies destroy Batman..Fiddle with it. Just change the story..Like look at Catwoman now..She's suppose to be in disguise not having her mask off every five second to focus on the sex appeal. I don't think I know what Batman is any more. It was a very unique creation but now it's just..There are now so many different versions of Batman that nobody knows what the true story is. Fine you watch the Nolan Batman movie, ok, but you aren't watching Batman you are watching big Hollywood edits, I read the real Batman story..And you know where that is..? It's were it was all the time, in the comics!!!

Ok, I know, a bit of rant, but it just annoys me that's all. I liked the joker Nolan Batman movie but the other ones weren't that good, like the Anne Hathaway Catwoman- The most stupidest thing since that Halle Berry Movie. But on this, it's an average movie, it was OK nothing special at all.
The Enterprise's rating: 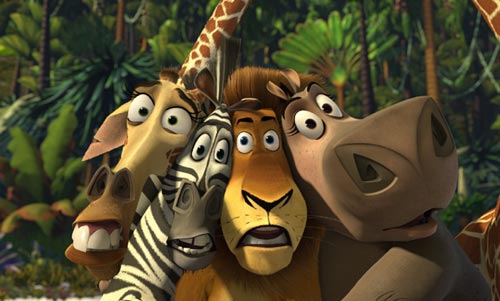 I saw this movie before a long time ago, when it first came out, I couldn't remember much about it, so I already guessed that it wasn't anything special..And after watching it 8 years later, it's still that average film I remember it to be. And to be honest, I know loads of kids who found it boring and just fidgeted through the whole damn thing, I can't blame them in this case, as the movie has a really weak story, it's a complete waste of time in my opinion. So I can't believe they got 2 more sequels for this crap, when I found the had the 3rd movie sequel coming out last year...Why? It wasn't good enough to get a sequel..And even if it was...Why the need? They just drain everything don't they!?.
I think they do.
The Enterprise's rating: 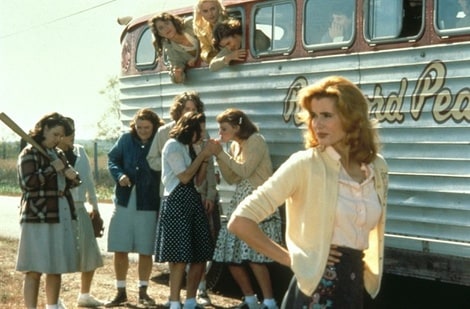 I can't really say alot about this film,...It was OK. Nothing to special, I really didn't have high hopes for this as two actors who I think are very annoying are involved, Tom Hanks and Geena Davis...I think it's their voices..I'm not sure, but anyway, it was a nice film I guess, time passer etc. Oh and also having the likes of a wannabe actor Madonna really really did not improve my thoughts on this movie at all. And the girl's baseball team were very irritating, I wanted to whack them with a baseball bat to tell you the truth.
The Enterprise's rating: 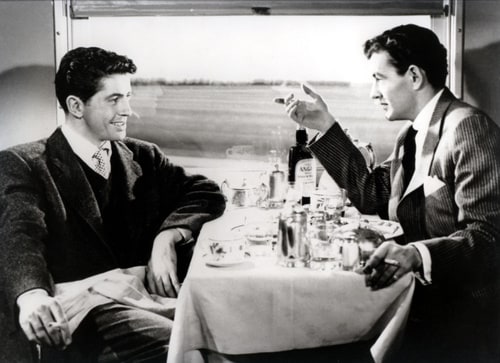 I'm not going to say the typical thing and go "Ohh it's a classic so obviously it's good", because I'm not a huge fan of Hitchcock but I do have a few that I defiantly like, just like this one, I have seen it a few times but a long time ago, and I still like it. I think it's a great story, I'm quite surprised I didn't find it boring as that's how I found the Birds to be. But no this is defiantly one of my favourites by Hitchcock.
The Enterprise's rating:

Well the first thing that springs to mind about this movie is; "What a waste of time"!, which I think it it was and is. I started to get really into it, but then it just got boring and the story started to get really pathetic, some fairly scary parts but all in all, it really wasn't that good.
The Enterprise's rating:

Probably, if not defiantly one of the most annoying things I have ever seen, and since it has singing in it, then one of the most annoying things I have ever heard. I really didn't like it, I'm not fond of these Jesus sacrifice things anyway, but this is just awful. Some of you I know will like it, but I didn't, mainly because it's annoying, and it shouldn't be, but it just is. I don't like musicals anyway but I have still liked some, just not this. But I know a few people who really did like it. So if you think you might enjoy it go for it.
The Enterprise's rating: 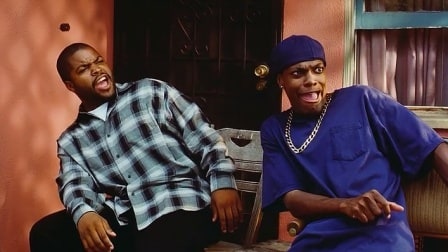 Ok, this is a film that is talked about so much it's unbelievable, so I thought I should give it a go. I did, and it's a below average film. I was bored through the whole damn thing, I'm just sick off all these stoner movies, I don't get what's so great about them, they're lame, they really are. Especially this film. It really has put me of stoner movies, the only film I might consider watching witch slightly resembles this is "Half Baked", I will watch it actually, it's certainly going to more interesting than watching to idiots on a porch smoking weed. So if you like watch losers smoking dope, then you're sure to like this pap.
The Enterprise's rating: 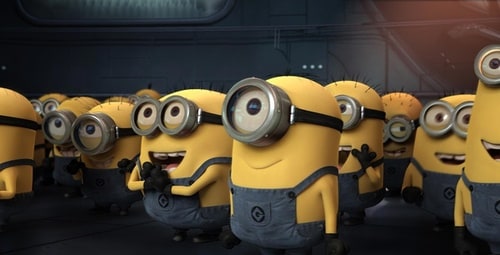 Well it was alright, nothing to good, I wasn't really expecting alot since it's a film for very young children, I have seen alot worse but I have also seen alot better, the plot is very weak, but you see I guess if I didn't want it to be that way I should not have watched a children movie, so beggars can't be choosers, I now have learnt not to go looking for a decent of anything in a kids movie, but for me it was an average movie.
The Enterprise's rating:

7.4
And Then There Were None 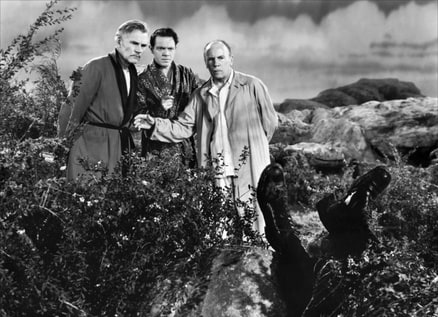 Another film I enjoyed, I have seen it before but about a few years ago and I thought I should watch it again, and what I remembered of it was that I liked it and I still do. There have been lot's of remakes of this story but nothing is as good as this 1945 film directed by Rene Clair, especially the very new versions, they aren't very good. If you aren't even much of a fan of Agatha Christie I'm sure you'd still enjoy this quite a bit.
The Enterprise's rating: 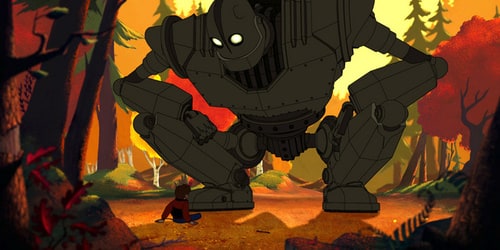 At last, an actual decent film. It was no masterpiece, but it was a really nice film, even if you're full of hate you still won't mind it. Yes, so it's a nice film for you or the family. It's got a pretty good plot and story, it's not all sweet, cute and blah blah, but I really enjoyed it and would defiantly recommend it. A film suitable for all.
The Enterprise's rating: 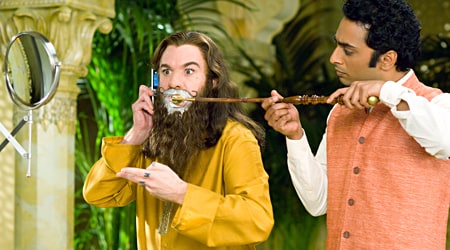 Ok, you obviously know what I'm going to say, yes it was awful. It was bad. I can't really say much more. I didn't watch it by choice. All I can say is "What the hell was Myers thinking!?", I know that Cat film was pretty bad but this was just utter garbage. Especially annoying with the likes of Timberlake, Alba, a ugly looking midget thing and "Erghkk"..Kanye West. Truly a terrible movie, nothing at all good. The only reason I gave it a half a star is because I truly pity Myers here, what the hell is he doing!? The only thing that brightened it for a second was the lovely Mariska Hargitay, who appeared for 3 seconds, and that's it. Avoid it at all costs people!
The Enterprise's rating: 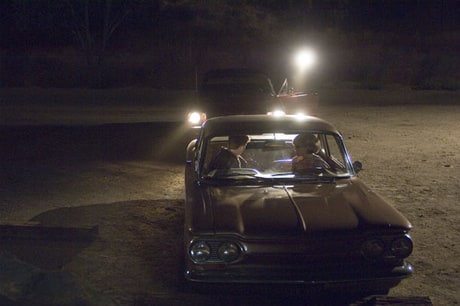 Two words; Don't bother, it's a load of crap. Now I don't think many people have seen this one (keep it that way guys) It's not good, it has it's moments but throughout you know that it doesn't matter how good it's going to get because you know they never catch the killer. When it finishes you're just sitting their thinking, what a waste of time- which it was. The only thing good about this was Robin Tunney's performance, which was superb, just a shame it wasn't for a better film. But Seriously, do not bother. Just Don't.
I'm going to give the new Zodiac movie a try though.
The Enterprise's rating: 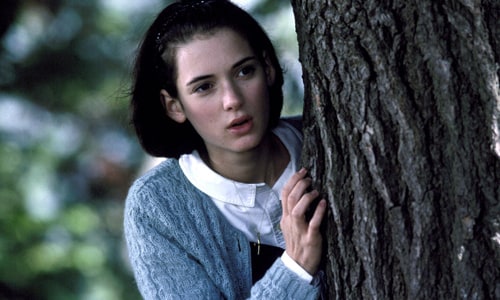 Well I have to say I personally found this movie a bit boring not really really but quite a bit. All it's about is this girl who wan't to be a nun and fancies some kid. And then the mother (Cher) basically plays herself in which she moves towns every time she breaks up with her boyfriend, and then there's this man at this place too. And that's it really. The only reason I gave it a higher rating is because Christina Ricci is in it, and I like her, so that's it. I guess Winona Ryder fans would like it.
The Enterprise's rating:

Uhh..Yeah it was an average movie. Nothing to special but it was still okay. Some might consider it a sweet film or a Sunday afternoon movie, which I guess it is. Just a nice little movie about a very shy girl who has a wonderful singing voice, but as she is shy she won't sing and so on and so on. It's still a nice film and I found it fairly enjoyable.
The Enterprise's rating: 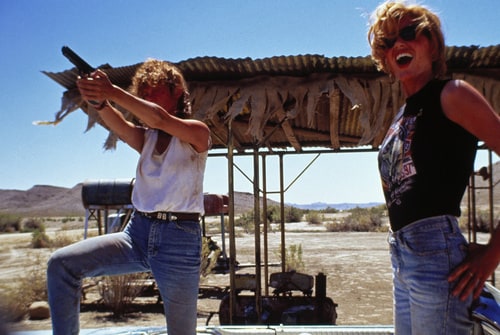 Yeah I liked this film, it was pretty good. At first I thought it was going to take for ages for the women to get on with it but it didn't take long, so it was pretty cool. It wasn't a masterpiece or anything but it was certainly enjoyable, an above average movie. The ending is a bit shocking, I didn't really expect that. But I would defiantly recommend it to someone.
As it's a good film. And it's certainly not a hard to follow film.
The Enterprise's rating:

A month full of below average to fairly entertaining movies. I hope February is better.

October 2012 Horrorfest by the giraffe

Let It Rain - Choose Your favorite rainy scenes by Villiana

My favorite Horror movies by decade by the giraffe

More lists from The Enterprise

Shouldn't Be Respected...yet are. by The Enterprise