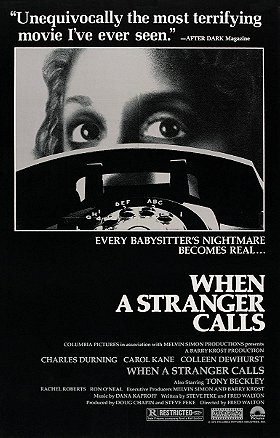 Steve Feke
(written by) and

View all When a Stranger Calls lists (68 more)

When a Stranger Calls Videos 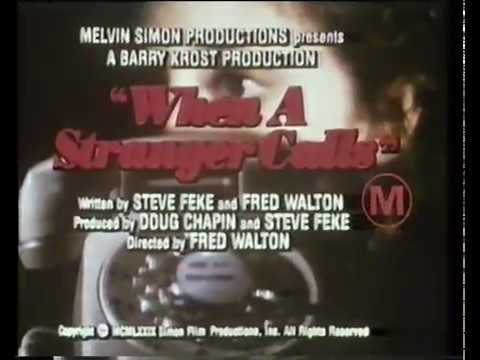 View all When a Stranger Calls videos

3 votes
View all When a Stranger Calls pictures (17 more)

Bad☆Alice
When this film was first releases back in the 70s it was considered scary, and maybe there are some creepy parts, but I mostly found it boring, the remake was better and that's saying something. I watched this after a friend of a friend referred it, and the way they built it up, lead me to believe this film was going to be epic. Turns out, not so much! Not a film I would watch a second time.

MysteriousWolf
this is a feels like a short and a movie all made to stretch out to 90 minutes.

good
1 theirs some great acting in this movie especially tony beckley in his last role
2 the first 20- 22 minutes are perfect
bad
1 the editting is doesnt flow. some shot feel like they have been cut off to early and some shot start random
... read more
View all When a Stranger Calls reviews

jordanwiles94 added this to a list 5 months, 2 weeks ago
Original vs. Remake Movies/TV Shows (315 movies items)

diabolical dr voodoo voted for an image 6 months, 3 weeks ago

diabolical dr voodoo added this to a list 6 months, 3 weeks ago

aLittleTyger posted a image 12 months ago

PvtCaboose91 added this to a list 1 year, 7 months ago

the giraffe voted for an image 1 year, 11 months ago

the giraffe added this to a list 1 year, 11 months ago

"First viewing - March 12th Ok, so first off this wasn't quite what I was anticipating. What I expected to be the entire film plays out in the first 20-ish minutes, and so I had to reset my expectations a little so I could hang with it. It wasn't really a problem though because the film remains entertaining through the end thanks largely to Charles Durning's performance and a tight pace. The ending gets a little too tough to swallow and I really struggled to maintain my suspense of disbelief, bu"

xxxTheRipperxxx added this to a list 2 years, 2 months ago

" A riff on the classic urban legend of "the killer is calling from inside the house", and the first film to use it, this one goes in a lot of unexpected directions, mostly in a good way. It's not a paint-by-numbers slasher film, like most would expect, but instead spends much more time telling the story from the viewpoint of a detective obsessed with hunting down the madman, and even the madman himself. That's my biggest gripe with the film. We're told that this man committed unspeakable acts, "

Phoenix Feather added this to a list 2 years, 3 months ago

Queen of Horror added this to a list 2 years, 4 months ago
Every Horror Movie I've Ever Seen... (325 movies items)

Joey Jojo Jr Shabidu added this to a list 2 years, 6 months ago

Agent Kermit D. Fonz added this to a list 3 years, 8 months ago

Lessons To Be Learned From Horror Films (339 movies items)

"It doesn't pay nearly enough, to be a babysitter. Also, never go upstairs​. Regardless, if the creepy voice on the phone, tells you to. It never ends well."