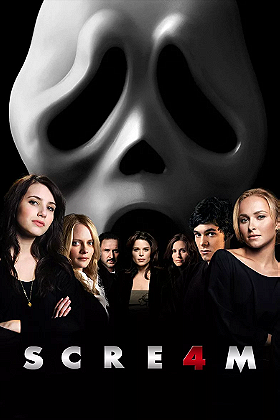 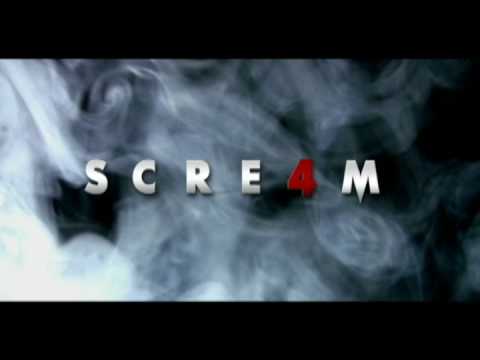 I should give some context here before I start talking about how much I loved SCREAM 4. What I'm about to say will sound cliche, but in this case, it's also absolutely true: I literally grew up with the SCREAM movies. Now that I reflect on it, I seriously believe that the SCREAM movies were the initial spark that led me to dev... read more

Best slasher in at least a decade; a worthy sequel

PvtCaboose91
8 votes
"You're a survivor, aren't you, Sidney? What good is it to be a survivor when everyone close to you is dead? You can't save them. All you can do...is watch."

Wes Craven and Kevin Williamson reinvigorated the horror landscape back in 1996 with Scream; a part-scary and part-satirical postmodern commentary on slasher films featuring a handful of characters well-versed in pop culture an... read more

Jimmy Tancredi
1 vote
Pleasant surprise coming by from this. Scream 4 is the continuation of the franchise that best know how to relate to the original film through a script that manages to be creative, intelligent and fun most of the time. The opening sequence can now rival the great original film by making a joke of metalanguage in creative ways, something that the applicant in the franchise. Here the screenwriter Ke... read more
View all Scream 4 reviews

" 15 Confirmed deaths 10 women 5 male Running time: 110 mins Number of kills: 15 Kills per average: 7.3 Most memorable death: Olivia, whose death was memorably nasty and brutal. Bloodiest death: Officer Perkins, who was stabbed in the head. Lamest death: Hoss, who was just shot. Survivors: Sydney Prescott, Dewey Prescott, Kirby, Gale Weathers, and Deputy Judy Hicks Note: This was not only the last Scream film, for a while, but the final film directed by Wes Craven. Rest In Peace, Wes Cra"

Kandi added this to a list 3 months, 1 week ago

Campagnola voted for 7 images [View All] 3 months, 1 week ago

Georgini voted for 7 images [View All] 3 months, 2 weeks ago

Kandi added this to a list 3 months, 2 weeks ago
School and University Building - Movies (14 movies items)

Best sequel since the original

“By all means it is not as good as the classic original, but it is better than the two sequels before it, the second was worthy, the third while not bad as such was a disappointment. On its own and as a sequel, Scream 4 is terrific. I loved the opening, it was bloody and funny and thankfully the rest of the film lived up of the opening. The production values are of high quality still, and the music and sound effects are as haunting and as unsettling as ever. The script has a number of funny lines too, the scares are genuinely intense, the story is well paced and entertaining, Wes Craven's direction is excellent and the characters are still credible with GhostFace still iconic and effective. The acting is great, Haydn Pannettiere is very good, and those from the previous movies who return tu” read more

the giraffe voted for an image 7 months, 3 weeks ago

the giraffe added this to a list 7 months, 3 weeks ago

"Re-watch - Jan. 15th On Demand rental A few years ago I finally got around to watching Scream 4, but wound up forgetting I'd seen it by the end of the month. And as time moved along I completely forgot every detail of the plot, which isn't a great sign. Thus I figured I'd watch it again before catching the 5th entry, & lest history repeat itself I'm logging it the same day I revisited it. I'd put this one above 2 & 3, though of course it's not as good as the original. Like its predecessors the"

diabolical dr voodoo added this to a list 11 months ago

omnivorousrex added this to a list 1 year, 7 months ago
Movies...Fourth Installment in a Franchise (76 movies items)

Blonde added this to a list 1 year, 7 months ago

Toby White added this to a list 1 year, 11 months ago

jordanwiles94 added this to a list 2 years, 1 month ago
Scream Franchise (5 movies items)

DrLoomis added this to a list 2 years, 5 months ago
Collection (2069 dvds items)

DrLoomis added this to a list 2 years, 5 months ago
Horror Movies (627 movies items)

ekimo72 added this to a list 3 years, 3 months ago
My Movie Collection (5158 movies items)

aLittleTyger voted for an image 3 years, 5 months ago