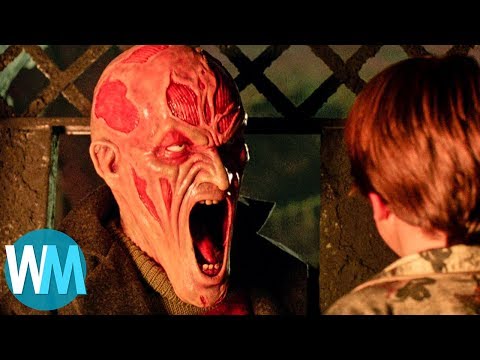 A product of a strict Baptist upbringing in Cleveland, OH, Craven received a B.A. in Psychology and Education from Wheaton College and earned an M.A. in Philosophy from Johns Hopkins University. After teaching humanities for a while, Craven plunged into filmmaking as a production assistant and editor for several "B" companies. He made his directorial debut with Last House on the Left (1972), a gruesome little effort that, to put it mildly, affected different people in different ways. Some viewers found this repellently staged "revenge for rape" story profound, citing the fact that Craven based the movie on Ingmar Bergman's Virgin Spring; others, including such mainstream commentators as Leonard Maltin, have condemned Last House on the Left as utter excrement. No matter how one felt about Craven, however, one could not deny his power to manipulate his audience. This power was further evidenced with The Hills Have Eyes (1977), which again met with radically divided opinions -- and made a fortune.

With Swamp Thing (1982), Craven graduated to big budgets and also revealed a gift for comedy. Nightmare on Elm Street (1984) was an equally effective blend of gore and grim humor which spawned several sequels and served to introduce the world to Freddy Krueger, vengeful specter par excellence. The popularity of the film and its sequels established Craven as a force to be reckoned with in Hollywood, although he was only directly involved with two of the six sequels. In 1994, he directed Wes Craven's New Nightmare, a Pirandellian affair in which he and Nightmare cast regulars Robert Englund, Heather Langenkamp, and John Saxon played "themselves" -- as did Freddy Kruger!

Two years later, Craven experienced another milestone in his career with Scream. The success of the film and its numerous imitators effectively established Craven as a hot mainstream commodity, and he followed the film with the equally successful (though not as critically praised) Scream 2 the following year. In 1999, he affected a radical departure from the genre with The Music of the Heart, a sentimental drama that starred Meryl Streep as a violin teacher who brings music to the lives of children in Spanish Harlem. The film was quickly dismissed by audiences and critics alike, and, in 2000, Craven returned to more familiar territory with Scream 3, the latest in his saga of hip, ironic terror. When production difficulties and poor audience reaction resulted in Cursed failing to do for werewolf films what the Scream franchise did for slashers, Craven quickly switched gears to Hitchcockian suspense for the airborne thriller Red Eye. Lean, mean, and ultimately fairly forgettable, Red Eye did manage to keep viewers on the edge of their seats for (a scant) 85 minutes even if it didn't exactly have the legs to leave a lasting impression. Nevertheless, Red Eye did hold a special place in Craven's heart as during filming the director was wed to film producer Iya Labunka.

Back on the writing block, Craven would adapt Kiyoshi Kurosawa's apocalyptic 2001 shocker Pulse for American consumption before allowing his 1977 screenplay for The Hills Have Eyes to be updated by High Tension screenwriting duo Alexandre Aja and Gregory Levasseur. The updated version was such a success that it gave birth to a sequel, The Hills Have Eyes 2, which was released in 2007. Later returning to the director's chair for a segment of Paris, je t'aime (2006) and the high-concept teen-slasher flick My Soul to Take (2010), Craven revisited one of his most famous horror franchises when he reteamed with Scream screenwriter Kevin Williamson to resurrect Ghostface in Scream 4 (2011). He later served as an executive producer on the MTV spin-off series of the same name, which debuted in 2015, shortly before he died of brain cancer at age 76.

Craven occasionally curbed his stomach-churning tendencies (though not his willingness to run viewers through an emotional wringer) with his television work, including selected episodes of the Twilight Zone revival of the mid-'80s. In 1989, Craven produced a sitcom, The People Next Door, about a cartoonist who had the ability to imagine his drawings into existence.

His parents were strict Baptists and he was not allowed to watch horror movies as a kid.

While in college, he suffered a viral infection of the spine that temporarily paralyzed him from the chest down.

After grad school, he became a college professor and later taught at a high school.

Had aspirations to be an author; changed career paths after he saw the 1968 horror film Night of the Living Dead.

Got his start in the movie industry in 1969 as a messenger; later worked at a post-production company as a sound editor.

Released his debut novel, The Fountain Society, in 1999.

Directed his first non-horror movie, Music of the Heart, in 1999.

Was an avid nature and bird lover, and joined the Audubon California Board of Directors in 2010.

4. The Hills Have Eyes

2. The Hills Have Eyes

4. The Hills Have Eyes

3. The Last House on the Left

samira voted for an image 8 months ago

diabolical dr voodoo added this to a list 4 years, 1 month ago

"1987 "Superman IV: The Quest for Peace" (was set to direct it, but was replaced after creative differences with star Christopher Reeve) "

Dj Levels voted for an image 5 years, 2 months ago

Leo added this to a list 5 years, 4 months ago
Top 10 Directors Who Never Went to Film School (10 person items)

ElHombreMachado3G4 added this to a list 5 years, 9 months ago
Rest in Peace (119 person items)

MarkusT90 added this to a list 5 years, 11 months ago
My Favorite Directors (92 person items)

Dark Warrior voted for an image 6 years, 2 months ago