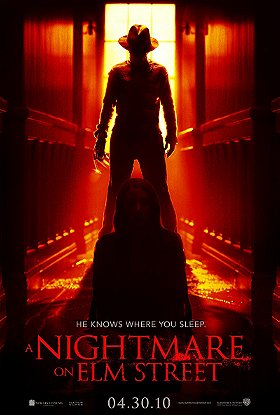 View all A Nightmare on Elm Street lists (270 more)

A Nightmare on Elm Street Videos 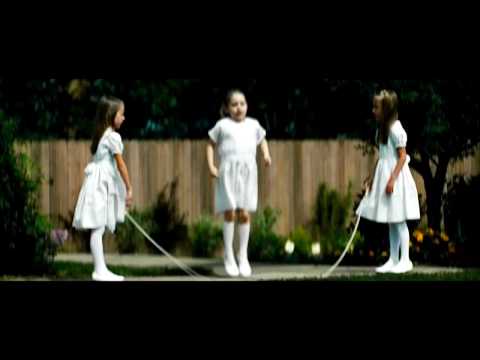 View all A Nightmare on Elm Street videos

kgbelliveau
1 vote
After a young man supposedly kills himself his friends begin having these nightmares and one by one they are killed as they sleep. Quinton and Nancy must find the answers before they become the next victims. They begin to peice together that their parents are hiding something from them abour a man named Freddy Krueger. For Freddy this is all about revenge for what happened to him.

PvtCaboose91
1 vote
"One, two, a Nightmare remake was overdue,
Three, four, but it's something to abhor,
Five, six, you should not mess with the classics,
Seven, eight, Michael Bay's movies are dead weight,
Nine, ten, don't watch horror remakes again."

Jessica
1 vote
This movie just makes me SO mad, start to finish. First of all, it's terrible. Bad writing, bad acting, just bad. Second, no one should be allowed to play Freddy Krueger but Robert Englund...and then to play him SO badly?

Okay, next, is shifting the focus from ONE main character (Nancy), to making her the last character the movie really focuses on, after all the others are killed o... read more
View all A Nightmare on Elm Street reviews

Kurkkuharja added this to a list 1 week, 4 days ago

ghostof voted for an image 3 months, 1 week ago

Not the worst remake, but still pointless...

“I wasn't expecting the remake to Nightmare on Elm Street to be as good as the classic original, but I was expecting a decent enough film. As a remake and on its own terms, this Nightmare on Elm Street is a mess. Is it the worst remake out there? Not quite, Psycho and Wicker Man were worse. But it is among the most pointless, at least to me. This time round, the story is over-simplistic, the characters shallow and dull and the script jumbled. And apart from one, the acting is terrible, especially from Kyle Gallner. The editing in general could've been tighter while the effects lack clarity and distract from the atmosphere rather than enhance it. Speaking of the atmosphere, it seemed bland here, the nail-biting suspense and build ups seem very subdued and I don't think I remember being shock” read more

" 5 confirmed deaths 3 male 2 female Running time: 95 mins. Number of kills: 5 Kills per minute: 19 mins Freddy’s final dream: Sliced in half. Favourite death? Kim Flowes, who died the same way as Tina. Coolest death: Dean, who had his throat slashed. Lamest death: Freddy Krueger, oddly enough. Because as a human, he burned to death, and it was done before. Survivors: Nancy Holbrook and Quentin Smith Note: This was the final A Nightmare on Elm Street film, solo or otherwise. For now."

The Wolf added this to a list 10 months ago

shara m voted for an image 2 years ago

jordanwiles94 added this to a list 2 years, 2 months ago
Original vs. Remake Movies/TV Shows (315 movies items)

“You can't even fairly call the 2010 remake of "A Nightmare on Elm Street" a divisive film. It is, in fact, largely hated or just outright purposely forgotten about in the horror community. When it does crop up in conversation it is mostly referred to with tones of derision or dismissiveness before the subject is promptly changed but are things really all as bad as everyone would have you think? As usual, no. Don't get me wrong, the remake is far from a perfect film. It is hobbled by a variety of issues that are worthy of criticism. More often than not these are hyperfocused on in reviews and much of its strengths are cast aside.

Nostalgia is a son of a bitch, I've found and, in the case of a Freddy movie, any self-respecting horror fan will tell you that no one can be Freddy sav” read more

Agent Kermit D. Fonz added this to a list 2 years, 4 months ago

jim222001 added this to a list 2 years, 6 months ago
The Most Unnecessary Remakes and Reboots (30 movies items)

DrLoomis added this to a list 2 years, 6 months ago
Collection (2069 dvds items)

jordanwiles94 added this to a list 2 years, 6 months ago
A Nightmare on Elm Street Franchise (9 movies items)

“I wasn’t expecting much from this flick but since I have a weak spot for Rooney Mara and since it was available on Netflix, I thought I might as well check it out. Well, even though apparently everybody pretty much hated the damned thing when it was released, to be honest, I thought it was actually not bad at all. At least, it was watchable which is rather unique for a modern horror remake delivered by Platinum Dunes. One of the biggest critics about this movie was the fact that it was way too similar to the original version but it didn’t bother me, in the contrary, I thought that it was rather faithful and the mood was decent enough. I also enjoyed the fact that they kept focusing on one character who would turn out to be Freddy’s next victim. It was actually pretty neat because, as” read more

johanlefourbe added this to a list 3 years, 1 month ago
My Queue (401 movies items)

ekimo72 added this to a list 3 years, 5 months ago
My Movie Collection (5158 movies items)

Dj Levels added this to a list 3 years, 8 months ago
Movies...Nightmare on Elm Street (9 movies items)

" - Rewatched A lot of the A NIGHTMARE ON ELM STREET sequels are pretty bad. The way the franchise rather quickly turned Freddy Krueger, one of the most iconic horror villains, from a terrifying murderer to a commercial joke is a bit sad. Wes Craven did a lot of damage control with his NEW NIGHTMARE and in this remake of the original 1984 masterpiece, the filmmakers have attempted to truly make Freddy Krueger a monster again. Which he certainly is. It's not an easy task to take over the role fro"

Unique added this to a list 3 years, 10 months ago
Favorite Movies (1233 movies items)

CD Smiles added this to a list 4 years, 1 month ago

"October 21st Directed by: Samuel Bayer Honestly, this one's a banger. There's so many fantastic ideas in here, not one of which being making Freddy Kruger a super pedophile but I mean, it's something. The pacing is super fast but never annoying, it's actually tense at times and Jackie Earle Haley's performance is incredible. I'm really impressed, I think this is better than the original."

TrekMedic voted for an image 4 years, 4 months ago 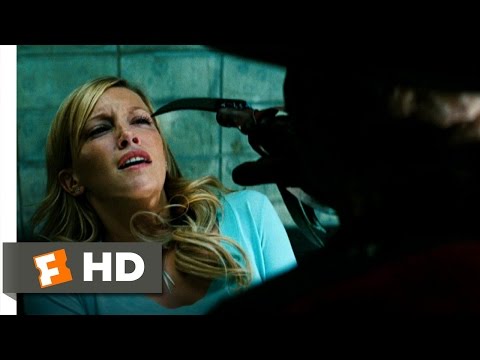 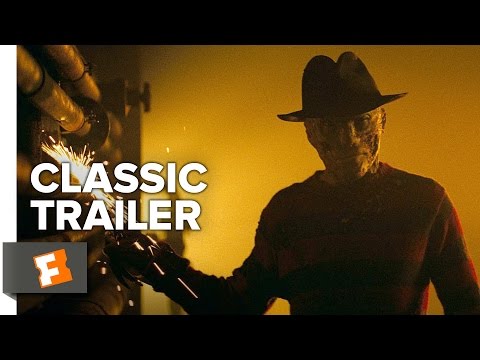