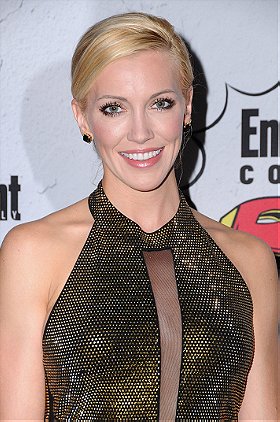 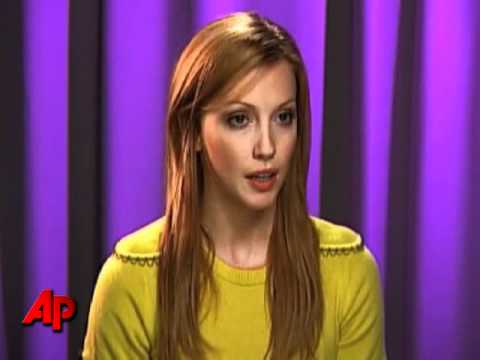 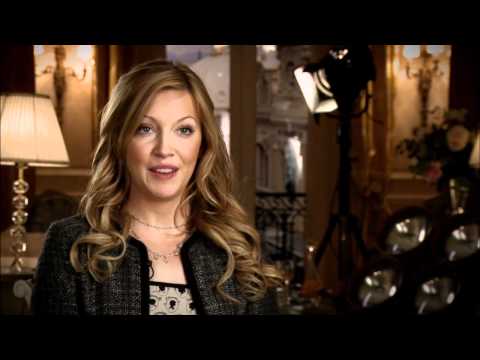 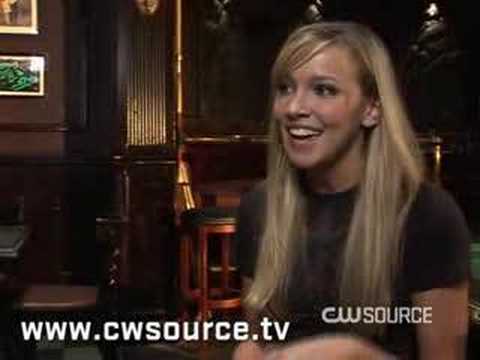 Her mother, Sherry Williams, was a high fashion model in the early 1970's. Sherry left her career to concentrate on raising her 3 daughters, with husband, Richard Benedon M.D., Katie's step-dad. Her famous relatives include uncles Shaun Cassidy, Patrick Cassidy and Ryan Cassidy, and grandparents Jack Cassidy, Evelyn Ward and Shirley Jones. As a child, Katie took gymnastics, studied piano, guitar and singing, then took dancing and acting lessons and eventually became a cheerleader for the California Flyers. She attended Calabasas High School in her neighborhood, where she also cheered as a freshman. Her mother insisted that she complete college prep classes in high school before she embarked on her acting career. For years prior to graduation in 2005, Katie was modeling and studying acting in community theater. Katie had just been accepted to 'Tisch' at NYU when she was offered her first role as "Dee Dee", which was one month before graduating. Katie has not stopped working since. Katie's early exposure to show business, the cosmopolitan culture of Los Angeles, her family upbringing, and her comprehensive education altogether produced a remarkable result. She grew up as a multifaceted person showing her many talents in a variety of professions such as recording her father's 1970s hit "I Think I Love You" and singing in VH1's TV special Bubblegum Babylon (2002), writing her own songs, modeling for Abercrombie and Fitch and Guess?'s Rock and Republic clothing lines in 2004, and acting.

However, she was publicly criticized by her father who would have liked for her to wait before she covered his classic hit. During her stint with Artemis Records, she was introduced to the popular boy band Dream Street. There she met Greg Raposo, who wrote the song "We're In Love" for her when they dated in 2002, She also met her boyfriend, Jesse McCartney, there and later appeared as his love interest in his video hit "She's No You". A story on Jesse and Katie appeared in the January 2006 issue of Teen People magazine. At that time she was busy working on five feature film productions going on almost simultaneously. Katie made several appearances in TV series, such as 7th Heaven (1996) and Sex, Love & Secrets (2005), among others. She appeared as Samantha, the grown-up daughter of Adam Sandler and Kate Beckinsale in the comedy Click (2006). After the release of a teen horror film, When a Stranger Calls (2006), in which she co-starred as Tiffany, Cassidy went to Vancouver to work on her second horror film, Black Christmas (2006), in which she stars as a sorority girl.

Katie recently beat out the likes of Jessica Simpson and Kristin Cavallari for the leading role opposite John Travolta as his daughter and the heir to the most powerful energy company in the world in Dallas, the big-screen remake of the cult TV series.

Did a cover of her father's song, "I Think I Love You"

Started off her career modeling with Abercrombie and Fitch.

Granddaughter of the late Jack Cassidy and Evelyn Ward.

Jesse McCartney wrote his song "Tell Her" for Katie.

Was going to appear in a 2007 remake of Revenge of the Nerds (1984) starring
Adam Brody but after three weeks of filming the project was canceled.

Her father has German, Irish, English, and Swiss-German ancestry. Her mother, whose family is from Illinois, is of German, English, and Irish descent.

Has remained close with her Supernatural (2005) co-stars, Jared Padalecki and Jensen Ackles.

She is a skilled guitarist and pianist.

She was a cheerleader in high school.

Katie is named after Katharine Hepburn.

5. Kill for Me
View all Katie Cassidy movies (10 more)

luckyspencer voted for an image 1 week, 5 days ago

My Celeb Crushes posted a image 2 months, 1 week ago

dvirgueza voted for an image 2 months, 2 weeks ago

rodc voted for 2 images 3 months ago

sesligeveze voted for an image 3 months ago

My Celeb Crushes posted 54 images [View All] 4 months, 1 week ago

Pierson Bruno voted for an image 4 months, 2 weeks ago

Maverick voted for an image 4 months, 2 weeks ago

Look Left voted for an image 7 months ago

oldman added this to a list 7 months, 3 weeks ago
Interesting Lasses by Oldman (105 person items)

radigast voted for an image 8 months, 4 weeks ago

My Celeb Crushes posted 9 images [View All] 9 months, 2 weeks ago