A really graphic, and story-less film. I wouldn't say that I enjoyed it, but I didn't think it was that bad, and it had some interesting parts.

I wouldn't recommend it to anyone, unless you're after some really graphic torture. 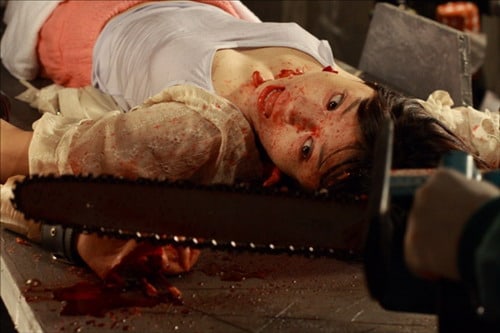 I absolutely loved the hell out of this one!

The movie creates suspense masterfully, the characters are well written and well acted, the effects are great and almost all of them practical, the villain is memorable, and the story is really involving.

It's got some flaws, but they're minor and easy to get past.

I highly recommend this one! 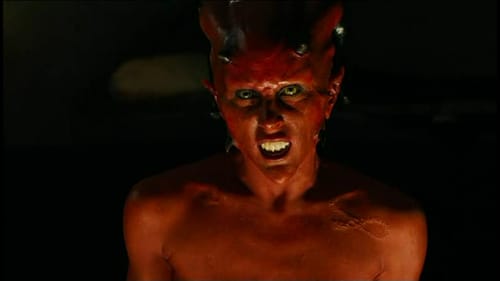 While the movie is really flawed, I found it to be really entertaining and really much fun!

Liam Neeson kicks ass in it as usual, even though he's portraying a really different character, than he does in movies like Taken, Unknown and The Grey. Darkman is a disfigured and emotionally unstable avenger, with some really badass scenes.

It's got some huge plot-holes, and some uneven acting, but it's highly entertaining. 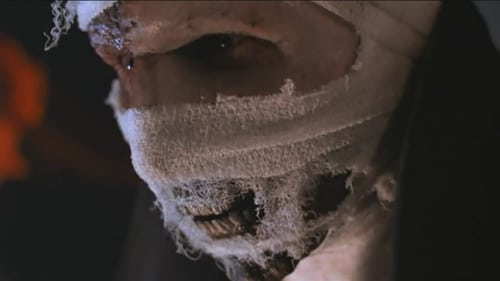 A hilariously dark film, with some extremely messed up scenes and characters.

The grotesque and outlandish exaggerations of normal, everyday life are very disturbing, yet hilarious at the same time.

If you could look past all the disturbing stuff, it's actually a very powerful film about not abandoning family, even though the reality could be incredibly ugly.

I recommend it only to people that can stomach some really sick scenes. 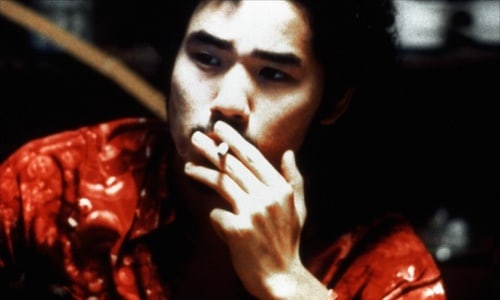 I think this is the third time I've watched it, and I still enjoy it as much.

The characters are great, the acting is surprisingly good and the story is pretty funny in a messed up way. I really like the cinematography and music as well. 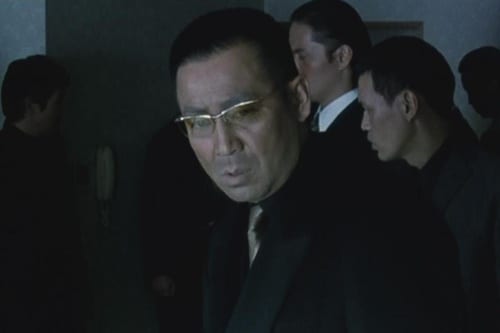 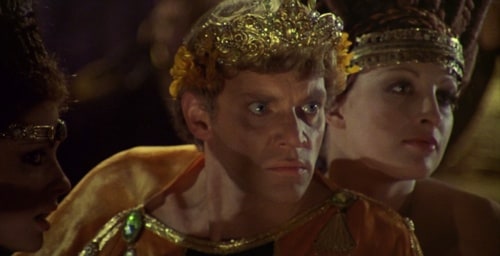 In my opinion, this film is a masterpiece. The acting is phenomenal, especially Jeremy Irons portraying two different characters at the same time.

The story is very chilling, and the psychological elements are incredibly disturbing.

I highly recommend it. 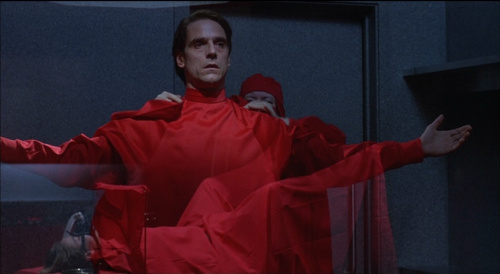 For some reason, I didn't enjoy it as much as I did the previous time I watched it. It isn't exactly bad, but it's far from Fulci's best.

I liked it, but I found it to be a little bit disappointing. If the tone of the film had been a little bit more serious, I would've liked it way more.

The films strongest part is the brilliant satires and references thrown in, and the actors have a great comedic delivery.

All in all, it's probably worth a watch if you're interested. 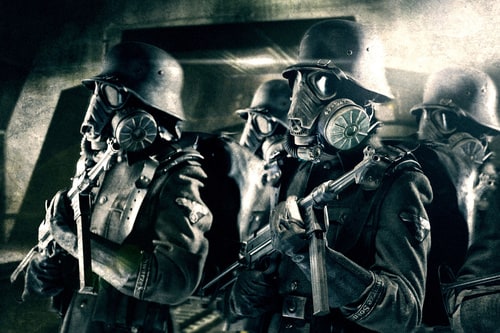 An intense thriller, with some great performances from both Charlize Theron and Christina Ricci.

The story is pretty chilling, and I can understand the characters motives, except for some really ruthless scenes.

Hint: Even though I say that I understand their motives, I don't support them. 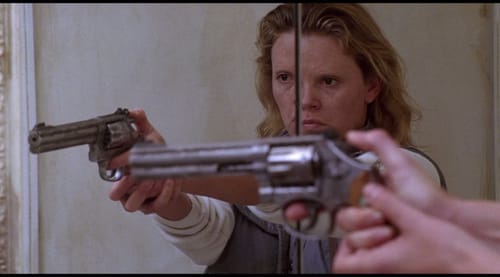 A brilliant black comedy from the Coen Brothers, with some really dark, yet hilarious scenes. 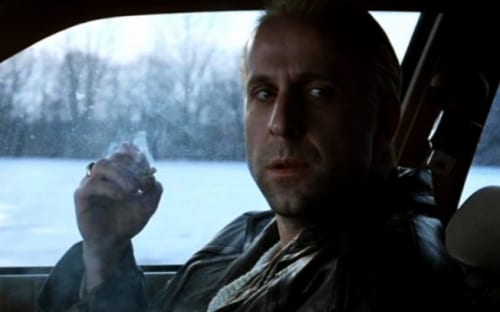 The acting and dialogue is phenomenal, and you get to know the characters really well.

A complete mess story-wise, but the gore, visuals and music makes it entertaining enough to sit through.

And I know that Argento's films have a pretty weak story, but this was bottom of the barrel stuff. 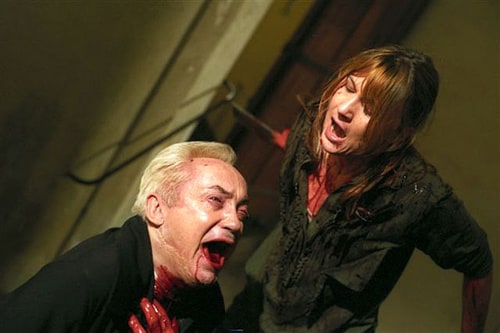 In my opinion, one of Arnie's best and most entertaining films, with kick-ass action, awesomely cheesy one-liners, and all in all memorable scenes. 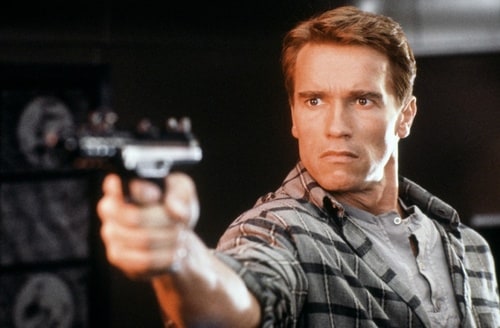 I think this is a really underrated Stallone film, with exciting action, and an awesome cast (Sylvester Stallone, Michael Rooker and John Lithgow).

Holy crap! This is one of the most intense films I've ever seen. I was staring at the screen through the entire film, not knowing what to expect next.

The acting is great, and Ed Harris was actually really terrifying as the villain.

Overall, a phenomenal film that I highly recommend. 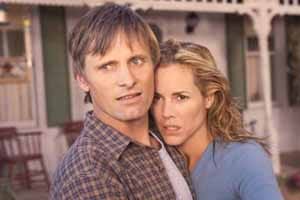 I also liked the satires in it as well. 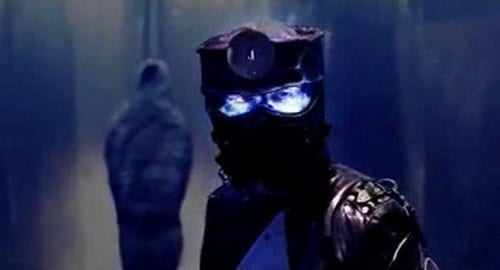 An incredible suspenseful thriller, that threads into horror territory at times!

The directing is great, and I believe this is one of De Palma's best and most underrated films.

John Travolta does a really good job in it, but Nancy Allen isn't that good. But the real show-stealer is John Lithgow, who is completely terrifying in this.

If it weren't for some uneven parts and acting, I'd give this a full score. It builds up suspense great, and it's got some parts that really got under my skin.

I gotta say that I really enjoy thrillers that take place in one apartment/room almost through the entire film.

This is no exception. The story is very interesting, and the characters are actually likable. The script is really good, and the dialogue gets you very involved in the film. The cast does a great job, except a very annoying little girl.

As with Blow Out (1981), Wait until Dark threads into the horror movie territory as well, especially near the end of the film.

All in all, a classic that you won't regret watching. 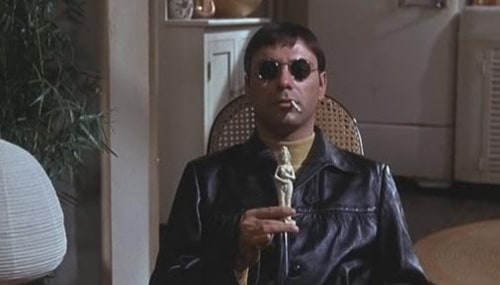 This one was slightly disappointing.

The first part of the film was really rushed, and it didn't have enough memorable scenes (aside from the bar, the shootout and the climax) to be as entertaining as I thought it would be.

Also, it has some really odd plot points that really does not make any sense.

Really, the only reason to see this is because of the vampire characters. Jenette Goldstein, Lance Henriksen and Bill Paxton (Aliens Reunion?) all do a really good job, and are able to carry a big part of the film.

Still, I wouldn't recommend this one that much, since I think it's a tad overrated. Just watch The Lost Boys (1987) or Fright Night (1985) instead. 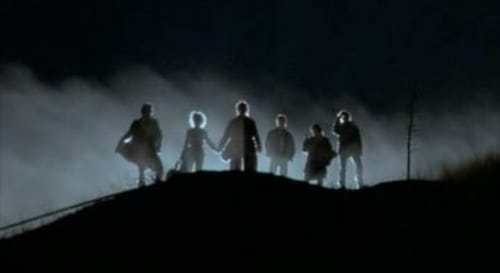 Damn, this one was REALLY disappointing!

It sounded awesome when I first heard about it, since it's got Denzel Washington as the Hero, John Lithgow as the villain, and the director of Highlander!

I was wrong. It's starts of cheesy but entertaining, but towards the end... it gets just plain stupid and incredibly silly. The directing is really sloppy, and the script is laughably bad, except for some great Lithgow quotes.

I'd recommend everyone to stay away from this film, but at the same time, Lithgow is just so fucking great in it, that it's kinda worth watching just for that reason. 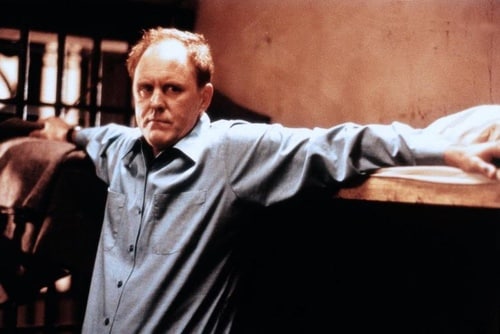 It had a glimmer of potential since it had a decent, but it's executed really badly. If it had been more satiric, and not so fucking cliché, it might at least have been decent.

The acting is nothing special at all, and the characters are written really badly. Even Amber Heard, whom I find likable in her other films, just got a bitchy role in this. None of the characters are likable and the audience can't relate to them, and I saw all the "twists" in this film from a mile away, since it's full of all of the Hollywood clichés.

It's also got an identity crisis, since it seems like it's trying to be a unfunny comedy at times, and other times it tries to be a super serious drama film, but it just comes off as silly.

I highly recommend skipping this one. 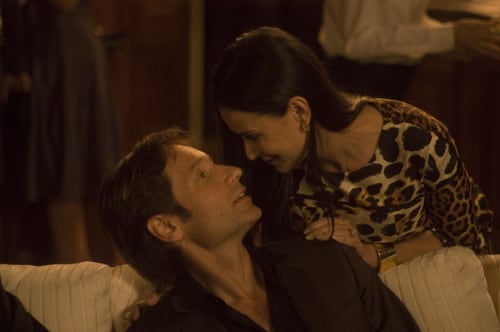 A really powerful film from director Chan-Wook Park, whom is one of my all time favorite directors.

The film is exactly the opposite of what you'd expect, but that doesn't weaken the film one bit.

The acting is, apart from some weird English accents, flawless, and the dialogue is fantastic. Chan-Wook Park's trademark cinematography is present as well.

I won't say too much about it, since I don't want to spoil it. Just watch it, you won't regret it! 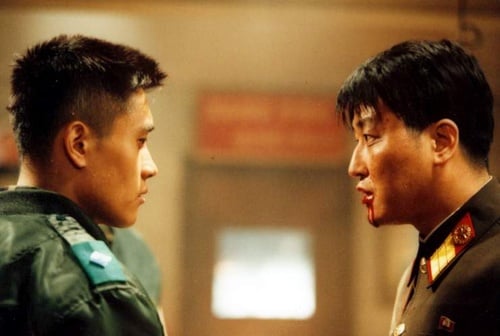 This is Chan-Wook Park's weakest film, in my opinion. But that doesn't mean that I didn't like it.

The acting and screenplay is great, as usual, but the story had some troubles and the pacing was a little bit off. Also, there were some aspects of the vampirism they could've explained a little bit better.

Still, I'd recommend it, since it was a damn good vampire horror/comedy/romance. 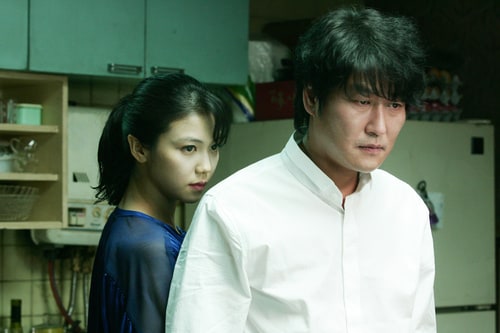 It's got a story that remains me of Fargo (which isn't that strange), and with memorable characters and quotes.

I will definitively be viewing this one a dozen times in the future. 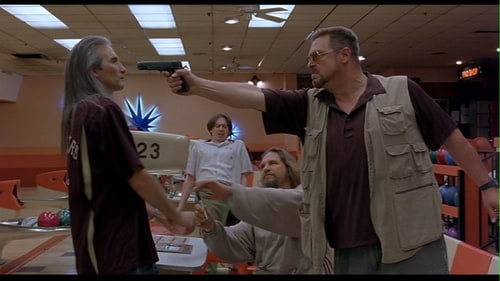 I'd say that it's much scarier than the exorcist, and some scenes really gave me shivers.

The acting is pretty damn good, but the story seems slightly unfocused at times. Still, it's got a good story with some really scary and disturbing aspects.

I'd recommend it to anyone that's looking for a great scare! 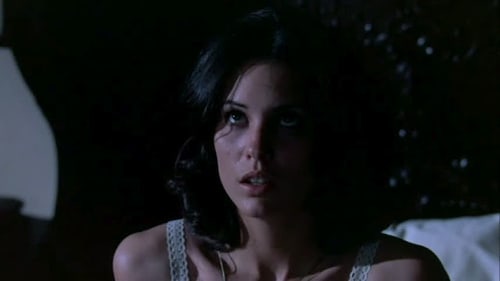 A really interesting, well-acted and darkly comedic film. In my opinion, this is Christian Bale's best role. 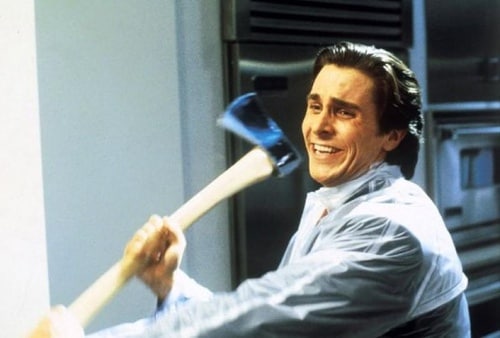 A surreal, absurd and violent horror-comedy, with some fantastic symbolism. The characters are memorable and funny, and the story is really odd and original.

I won't spoil anything, but I'll say this:

This is, without a doubt, Marvel's best film. 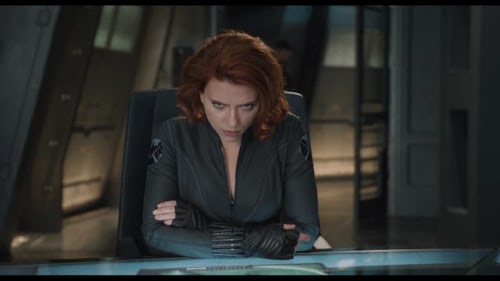 Underseen and Overlooked by robertstackvoice

Watched in 2012 by Grisly Atoms

the giraffe's favorite "zombie" movies by the giraffe