Twenty films of the last ten years that I feel were overlooked by many.
Sort by: Showing 20 items
Decade: Rating: List Type:

I love the idea of diverse animation and yet we rarely see it. I'll be honest this isn't a great film, but it's pretty cool. Set in future Paris, the film is a noir murder mystery that's been influenced by 60's French crime pictures are well was by some of PKD's film adaptations like 'Minority Report' and 'Blade Runner'.

Flow wise it's not ideal, but visually it's always interesting and quite a different thing to see.

One of my favorites from Team Apatow and yet one that no one talks about ever. Seriously this is satire at it's most creative and funniest.

Scott Frank needs to make more movies, plain and simple. Awesome enough I think he is helming 'Rise of the Apes', his 'Planet of the Apes' prequel starring James Franco. In anycase this was his first directed film with Joseph Gordon-Levitt as a man with memory lost after a car accident that gets coned into aiding in a bank robbery.

Bottom line this is a clever and sharp as hell crime thriller with some great acting.

Co-written and produced by Luc Besson, here's a what 'Prince of Persia' SHOULD HAVE been like. Great fight scenes in a ridiculous, over the top near future plot. I've yet to see the sequel, but it's on my 'to watch' list.

Why would anyone want to miss Charlie Kaufman's directorial debut?! And yet there's a film that was ignored by so many. This is a great story of the eternal creative struggle magnified 1000 times and PACKED with great actors and performances.

Not Quite Hollywood: The Wild, Untold Story of Ozploitation!...

The birth and death of the Australian exploitation film genre. Literally everything you'd want to know on the subject and offers up a great list fun, offensive and absurd films to see.

I love political thrillers. I love Clive Owen, I love Naomi Watts and director Tom Tykwer so this was right up my alley. I admit the film can get pretty dry at times, but the overzealous plot, interesting characters and the injection of well structured and fresh action scenes bring it all full circle. 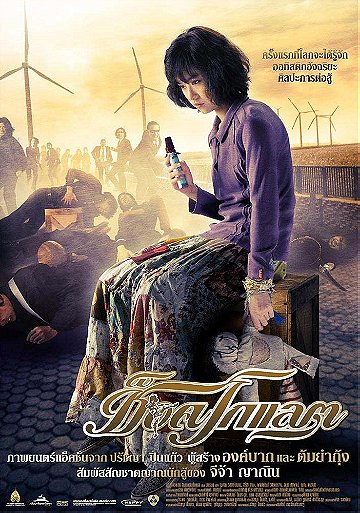 Kung-fu films need to come back, plain and simple. I like to think with the popularity of the 'Bourne' films that they might be on the comeback trail. "Chocolate" is from the director of "Ong Bak" (which I love) and "The Protector" (which I love parts of) and is sweet and a bit cheesy at times, but makes up for it with sustained, strong fight scenes that are among the best I've seen in a long time.

Despite the many of slip ups on Nic Cage's track list, I still love him for films like this. In fact without him Andrew Niccol ('Gataaca') could've never made this film. 'Lord of War' is a arms dramedy disguised as a stylish action film filled with dark humor. Ethan Hawke, Bridget Monaghan and Jared Leto co-star.

Kids films in this country are only seen if they A: have a big name, popular star in them and B: is filled with bright colors, sunshine and a bunch of lackluster jokes. Danny Boyle (yes that director of 'Slumdog Millionaire' and '28 Days Later') made this little gem after 28... and it's a great kids film that's smart, sweet and very original involving kids finding money for a robbery.

'Michael Clayton' writer/director Tony Gilroy's sophomore picture that's a super intelligent romance, corporate spy film. While I'm no lover of Julia Roberts, her and Clive Owen do have great chemistry and Tom Wilkinson and Paul Giamatti knock every small moment they have out of the park. Is it complicated? Hells yes, but ever so worth it.

Confessions of a Dangerous Mind (2002)

George Clooney's directorial debut, based on the autobiography of Chuck Barris who was a game show host, song writer and claims to have been a CIA hitman. Sam Rockwell kills it scene after scene and Clooney really directs the hell outta the film.

When William Friedkin is on the ball, he can make something daring, nasty and in this case really fucking savage.

Paris, I Love You

Over a dozen short, directed by over a dozen big names and starring over two dozens well known performers. Not every single short is great, but it's working about 98% of the time which is pretty damn good for this sort of tale.

I don't feel like I should have to say a Paul Thomas Anderson movie is great and no one ever think of this one. This is PTA's darkly comedic romance between two really fucking awkward, but strangely likable people; those being Adam Sandler and Emma Watson. Really I wish Sandler would do more films like this and Apatow's also pretty underseen 'Funny People' because apparently he can act like something other than a loud mouthed idiot.

Recently hit DVD and Redbox and is tear-jerking fucking funny. I dare not spoil one second of the film, but this is a smart, well made and truly, deeply absurdly hilarious.

Seriously anyone interested in gangster pictures needs to see this. Here's a film of the tallest hard knocks order and presented by non other than Martin Scorsese and can be found on criterion collection. 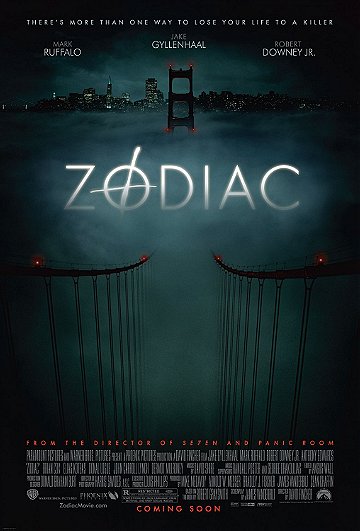 Opening the same weekend as 'Wild Hogs', this fantastically made dramatic mystery by David Fincher got no love and will still deliver that blank stare from people when you tell them you love this movie. Basically people heard OF it, but didn't watch it; or the case I've heard more, one of their wee brained friends saw it and hated it because you never find out who he was and thus told them the movie sucked.

Well the movie doesn't suck and honestly this one of those movies where it helps display you're taste. It's a smarter, methodical look at an infamous time in America in which someone really held an area of the country by the throat with threats and murder and got away with it.

The film can be found on regular and super awesome two disc edition. Both are fairly cheap.

Overlooked and/or Underrated Gems of Cinema by The Cinephile