Japanese and Nipo-American Actors in Hollywood

Sessue Hayakawa (June 10, 1889 – November 23, 1973) was a Japanese Issei actor who starred in American, Japanese, French, German, and British films. Hayakawa was active at the outset of the American film industry. He was the first Asian actor to find stardom in the United States and Europe. He is the first Asian American as well as the first Japanese American movie star and the first Asian American leading man. His "broodingly handsome" good looks and typecasting as a sinister villain with sexual dominance made him a heartthrob among American women, and the first male sex symbol of Hollywood, several years in advance of Rudolph Valentino.
From: Wikipedia 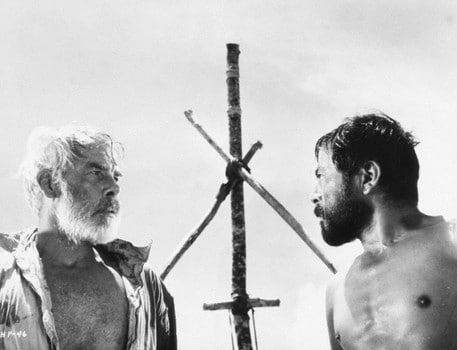 
Toshiro Mifune, (April 1, 1920 – December 24, 1997) was a Japanese actor who appeared in almost 170 feature films. He is best known for his 16-film collaboration (1948-65) with filmmaker Akira Kurosawa in such works as Rashomon, Seven Samurai, Throne of Blood, and Yojimbo. He also portrayed Musashi Miyamoto in Hiroshi Inagaki's Samurai Trilogy, as well as Lord Toranaga in the NBC TV miniseries Shōgun.

Toshiro Mifune was born on 1 April 1920 in Qingdao, Shandong, China, to Japanese parentes.
From: Wikipedia 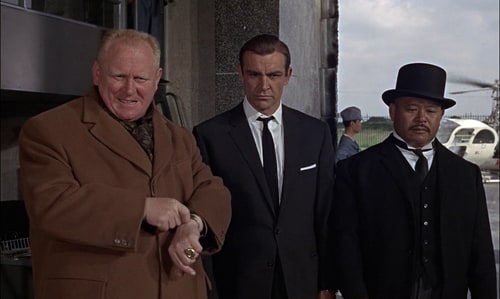 Toshiyuki "Harold" Sakata, (July 1, 1920 – July 29, 1982) was an American Olympic weightlifter, professional wrestler, and film actor. He won a silver medal for the United States at the 1948 Summer Olympics in London in weightlifting. He was also an actor, with his most famous role as the villain Oddjob in the James Bond film Goldfinger.
He was born in Holualoa, Hawaii and was of Japanese descent.
From: Wikipedia 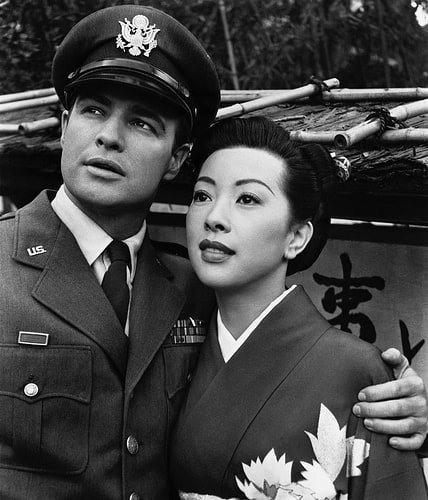 Taka was born in 1925 in Seattle, but raised in Los Angeles, California as a Nisei; her parents had immigrated from Japan. In 1942, she was interned with her family at the Gila River War Relocation Center in Arizona.
From: Wikipedia

Born in the Territory of Hawaii of Japanese ancestry in 1929. Shigeta studied drama at New York University. Before he could fully embark on a business career, Shigeta enlisted to serve in the United States Marine Corps during the Korean War where he served for two-and-a-half years, and rose to the rank of Staff Sergeant.
From: Wikipedia 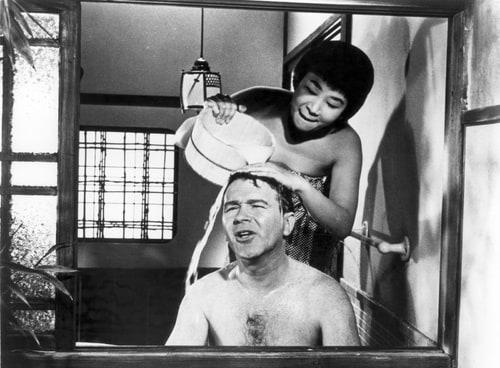 Miyoshi Umeki; (May 8, 1929 – August 28, 2007) was a naturalized American Academy Award-winning actress and standards singer. She was best known for her roles as Katsumi, the wife of Joe Kelly (Red Buttons), in the 1957 film Sayonara, as Mei Li in the 1958 Broadway musical and 1961 film Flower Drum Song, and as Mrs. Livingston, the housekeeper of Bill Bixby's and Brandon Cruz's characters, in the TV series The Courtship of Eddie's Father. She was a shin Issei or post-1945 immigrant from Japan. She was a Tony Award- and Golden Globe-nominated actress and was the first and only Asian woman to win an Academy Award for Best Supporting Actress in Sayonara. Born in Otaru, Hokkaidō.
From: Wikipedia 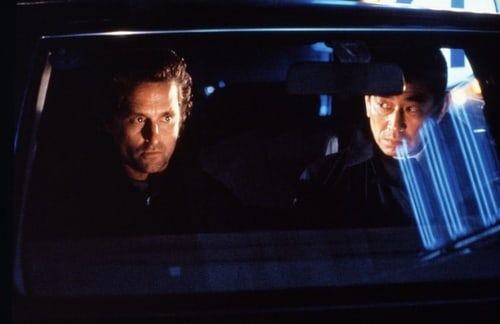 Ken Takakura, born Goichi Oda, February 16, 1931 – November 10, 2014), was a Japanese actor best known for his brooding style and the stoic presence he brought to his roles. He won the Japan Academy Prize four times, more than any other actor.
From: Wikipedia 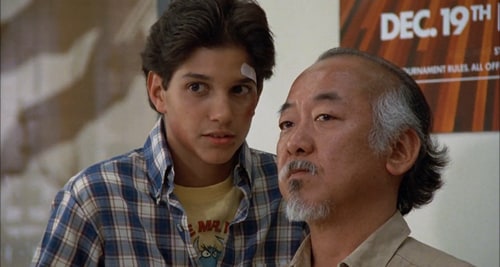 Noriyuki "Pat" Morita (June 28, 1932 – November 24, 2005) was an American film and television actor who was well known for playing the roles of Matsuo "Arnold" Takahashi on Happy Days and Kesuke Miyagi in the The Karate Kid movie series, for which he was nominated for the Academy Award for Best Supporting Actor in 1984.
Pat Morita was born in Isleton, Califórnia.
From: Wikipedia

Mako Iwamatsu, (December 10, 1933 – July 21, 2006) was a Japanese-born American actor and voice artist who has been nominated for numerous awards. Many of his acting roles credited him simply as Mako where he omits his surname. He is best known for his roles as Po-Han in The Sand Pebbles (for which he was nominated for the Academy Award for Best Supporting Actor), Akiro the Wizard in Conan the Barbarian, and for his voice roles as Aku from Samurai Jack and Iroh in Avatar: The Last Airbender,
From: Wikipedia 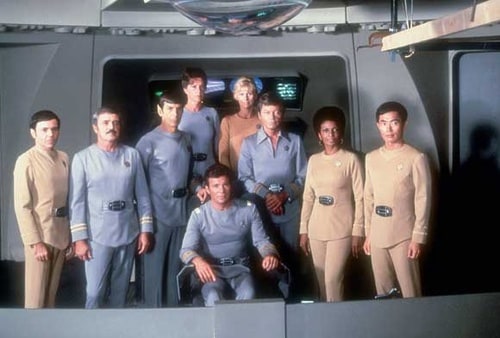 George Hosato Takei (April 20, 1937) is an American actor, director and author, probably most widely known for his role as Hikaru Sulu, helmsman of the USS Enterprise in the television series Star Trek. He also portrayed the character in six Star Trek feature films and in an episode of Star Trek: Voyager.
From: Wikipedia 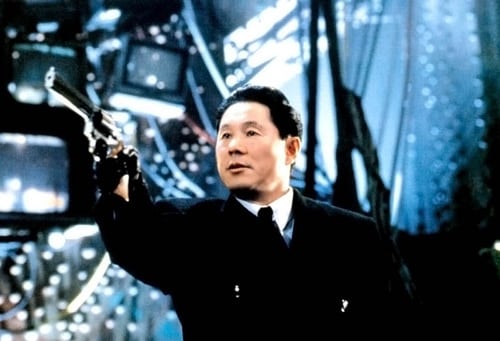 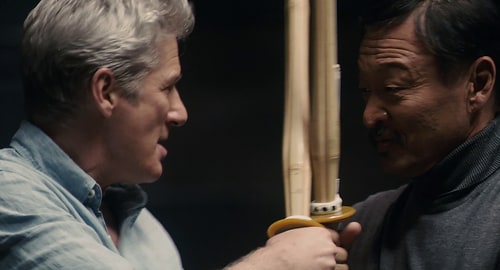 Cary-Hiroyuki Tagawa, (born September 27, 1950) is a Japanese-American actor, sports physiologist, martial artist and Stuntman
Tagawa was born in Tokyo, Japan, the son of a Japanese actress and a Japanese-American father who served in the United States Army who was stationed at Fort Bragg, North Carolina, Fort Polk, Louisiana, and Fort Hood, Texas.
From: Wikipedia

Ryuichi Sakamoto (born January 17, 1952) is a Japanese musician, activist, composer, record producer, writer, singer, pianist, and actor based in Tokyo and New York. Gaining major success in 1978 as a member of the electronic music group Yellow Magic Orchestra (YMO), Sakamoto served on keyboards and sometimes vocals. The band had worldwide hits such as "Computer Game / Firecracker" (1978) and "Behind the Mask" (1978), later playing a pioneering role in the techno and acid house movements of the 1990s.[4]

Ken Watanabe (born October 21, 1959) is a Japanese actor. To English-speaking audiences, he is known for playing tragic hero characters, such as General Tadamichi Kuribayashi in Letters from Iwo Jima and Lord Katsumoto Moritsugu in The Last Samurai, for which he was nominated for the Academy Award for Best Supporting Actor. Watanabe was born in Koide, Niigata.
From: Wikipedia

Hiroyuki Sanada, (born Hiroyuki Shimosa on October 12, 1960) is a Japanese actor.
From: Wikipedia 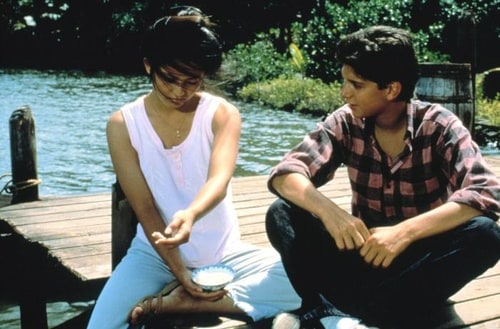 Tamlyn Naomi Tomita (born January 27, 1966) is a Japanese-born American actress and singer.
Tomita was born in Okinawa, the daughter of Shiro and Asako Tomita, and she is 1/4 Filipino on her mother's side of the family. Her father was a distinguished Japanese-American man who was interned at Manzanar, California, during part of World War II, then later became a Los Angeles police officer, rising to the rank of sergeant and helping to form the first Asian Task force in that Department. Tomita graduated from Granada Hills High School in the San Fernando Valley of Los Angeles.

Before becoming an actress, Tomita won the title of Queen at the Nisei Week Pageant in Los Angeles in 1984, and Miss Nikkei International in 1985. In 1987, Tomita made her Japanese singing debut on the label Polydor. She released a single and an album.
From: Wikipedia 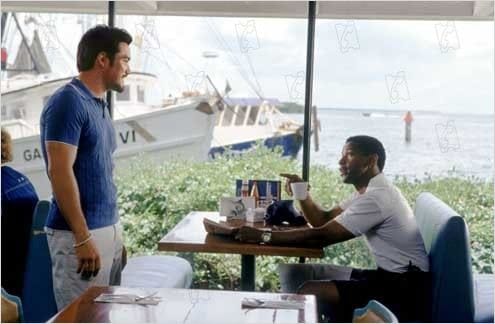 Cain was born on July 31, 1966 as Dean George Tanaka in Mount Clemens, Michigan, the son of Sharon Thomas, an actress, and Roger Tanaka. He is of French Canadian, Irish, Welsh, and Japanese (from his paternal grandfather) descent.
From: Wikipedia 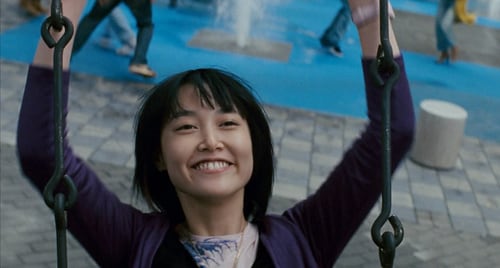 Rinko Kikuchi, born Yuriko Kikuchi, (January 6, 1981 in Hadano, Kanagawa) is a Japanese film actress. She is the first Japanese actress to be nominated for an Academy Award in 50 years, for her work in Babel (2006). She also starred in Guillermo del Toro's 2013 science fiction action film Pacific Rim.
From: Wikipedia 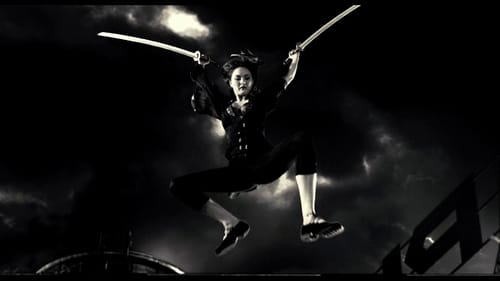 Aoki was born in New York City in 1982. She grew up in California and London, attending high school at The American School in London.[citation needed] Her Japanese father, Hiroaki "Rocky" Aoki, a former wrestler, was the founder of the Benihana restaurant chain and owned it until his death on July 10, 2008. Her mother, Pamela Hilburger, is a jewelry designer and a painter of German and English heritage.
From: Wikipedia 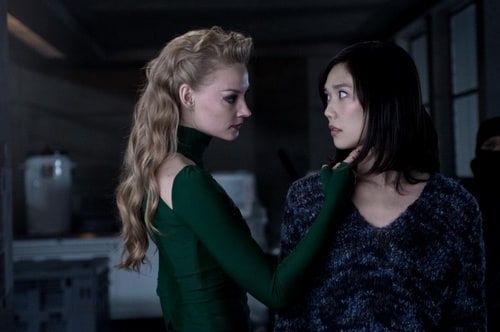 Tao Okamoto, known professionally as Tao (born May 22, 1985, Chiba, Japan), is a Japanese model and actress, who was the face of Ralph Lauren. In 2013, she made her film debut as the female lead, Mariko Yashida, in The Wolverine, opposite Hugh Jackman.
From: Wikipedia 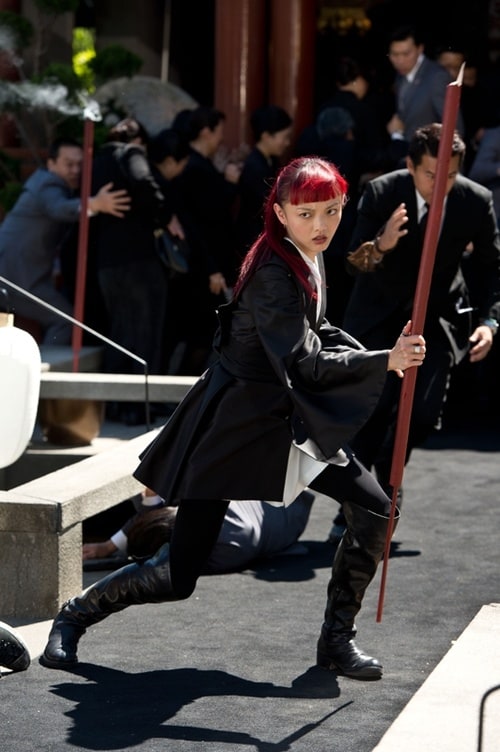 Rila Fukushima is a Japanese fashion model and actress.
From: Wikipedia 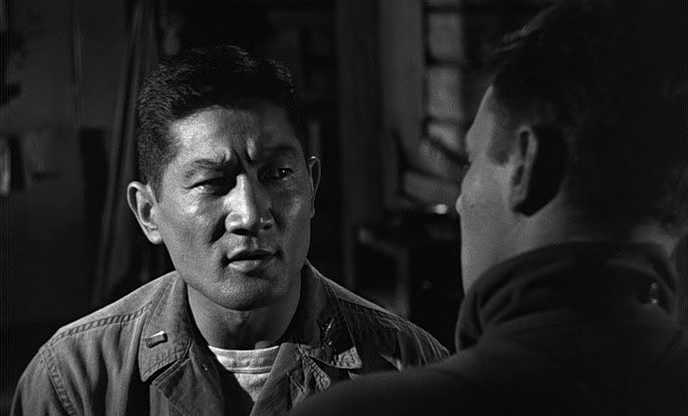 George Shibata (November 14, 1926 in Garland, Utah – May 20, 1987 in Huntington Beach, California) was an American actor and the first Asian American graduate of the United States Military Academy, Class of 1951.(Wikipedia)

No Documentary
No TV-Show
No TV Movie

Favorite Images of Audrey Hepburn and Pippin by kathy

Favorite Images of Turkeys by kathy