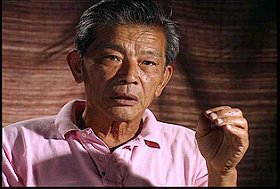 9 votes
Actors With Most We Hate Movies Appearances (424 items)
list by Leo
Published 8 years, 5 months ago

Only occasionally since have his roles reached the level of his talents, but he has worked steadily in feature films ever since. He appeared on Broadway in the leading role in Stephen Sondheim's "Pacific Overtures" and he co-founded and served as artistic director for the highly-acclaimed East-West Players theatre company in Los Angeles. After a long battle and illness from cancer, he passed away on the twenty first of July in 2006, at the age of 72. He was survived by his wife, Shizuko Hoshi, who co-starred in episodes of M*A*S*H (1972), as well, and his children and grand-children.

Became a naturalized citizen in 1956.

Was nominated for Broadway's 1976 Tony Award as Best Actor (Musical) for "Pacific Overtures."

Passed away one day after being officially announced as the voice of "Master Splinter" in TMNT (2007).

In the months before his death, he was preparing to appear with his wife in an East West production of the comedy "Motty Chon." Instead of recasting the part, the company, out of respect, canceled the production.

Wife Shizuko Hoshi is a dancer, choreographer and actress.

He was the East West Players' first artistic director in 1965. He also taught acting classes there to help pay the company's bills. The company's first home was a basement in a Silver Lake church secured by co-founder Beulah Quo. Later, it moved to a storefront on Santa Monica Blvd. Since 1998, it has been housed in the historic Union Center for the Arts and performs in a 240 seat theater.

Member of the Academy of Motion Picture Arts and Sciences (Actors Branch).

Received a special tribute as part of the Annual Memorial tribute at The 79th Annual Academy Awards (2007).

His final role was as the voice of Master Splinter in TMNT (2007). The film is dedicated to his memory.

2. Memoirs of a Geisha

4. Memoirs of a Geisha

3. Memoirs of a Geisha