What can I say about Die Hard, that hasn't been said before? It's got great action, reallt good acting and funny dialogue. It's an action classic.

I didn't care for this sequel to be honest. The story was okay, the characters were mostly unsympathetic assholes except for McClane of course and the villains weren't really that interesting.

It had some moments that made me chuckle, and a lot of the action scenes were really good, though. 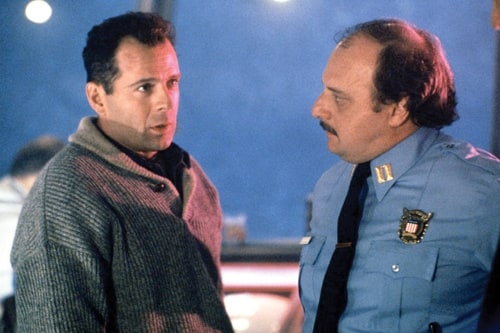 A really fun sequel with an involving story, great characters with great chemistry, really damn intense action scenes, and a lot of scenes that made me laugh out loud. 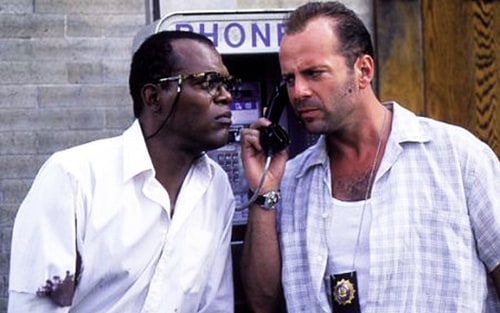 I hadn't watched this one since it came out, and it was slightly better than I remember.

The story is fine, and the villains aren't as forgettable as the ones in Die Hard 2. Also, the characters are a lot of fun (not as funny as the ones in the third film, though), and there are some really spectacular action scenes.

Far from the best film in the series, but it's still pretty damn entertaining.

First off, I just want to say: yeah, I know the film has gotten a lot of negative reviews.

While I can admit that it's got a lot of flaws, I still enjoyed this film really much. The acting was good, the characters were really interesting (they should have been developed better, though), the 70's music was awesome, and I thought it was a pretty damn dark comedy.

Johnny Depp was great as the vampire Barnabas, both funny yet ruthless. Chloe Moretz was fun as well, although she could've been used more. Jackie Earle Hayley was absolutely hilarious, and had surprisingly much screen time. The rest of the cast was fine, but I gotta say that Eva Green stole the show as the villain, Angelique.

She was completely over the top and much fun, yet very threatening at the same time.

Overall, I don't really know if I should recommend it or not, but I had a blast watching it.

Either way, I thought it was a decent film. Nothing really stood out, and it was forgettable. The acting was good, though.

Super enjoyable cheese from the 80's, with fantastic gore effects, a kick-ass score, hilarious dubbing and some actually creepy scenes. 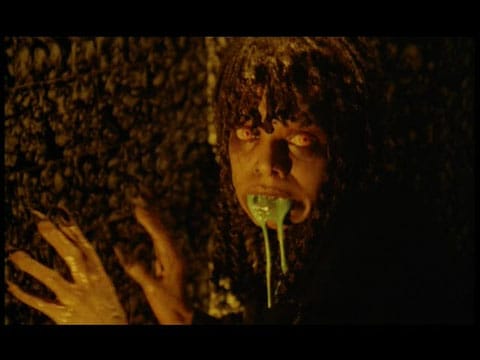 I didn't expect that I would, but I liked it even more than the first film, Pitch Black.

Most of the characters were interesting, except for very few who didn't really add anything to the plot or acted really irrational. The villains were also pretty cool.

The action was absolutely kick-ass, and I really liked the story and the mythology the film set up for this universe. 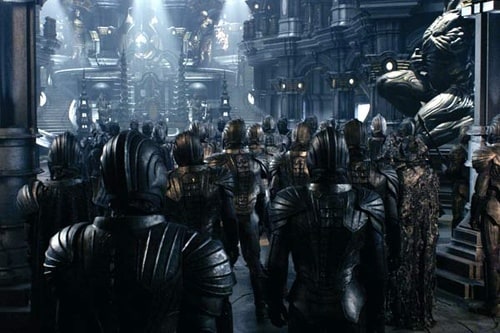 I did not care about this film.

The characters were lacking a personality, the film never stayed at a place for more than a couple of minutes, the villains were pretty weak (especially the final battle), and the voice-over tried to make the film seem deep and important, while it just annoyed me.

I can say some good things about it, though. I liked the action-scenes, and the effects/make-up was really damn good. 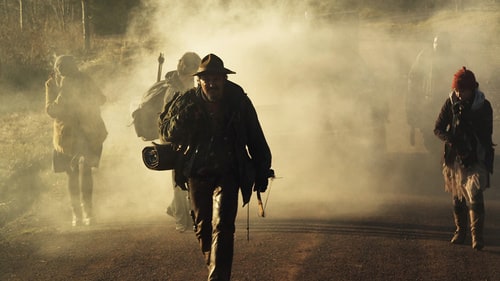 Really suspenseful thriller with some great actors, like Ewan McGregor and Christopher Eccleston.

The story is very Hitchcock-ian, and the characters have a really good chemistry. 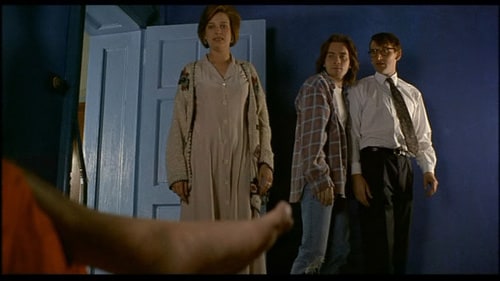 Pretty corny and goofy sci-fi/adventure/horror, with some cool effects and dream sequences.

The cast is awesome, since it contains of Dennis Quaid, Max Von Sydow, Christopher Plummer and David Patrick Kelly. 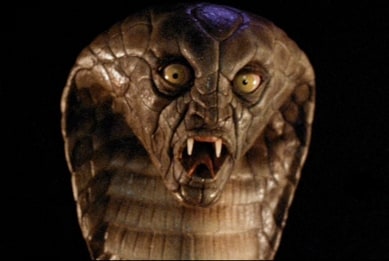 Holy crap, this film has probably the best gore effects I've ever seen in a slasher film. It's absolutely vicious, and it has a really good build-up.

One of it's weaknesses is the reveal of the killer, though. Since it isn't exactly explained that well.

The acting is decent for a slasher film, but the characters aren't that memorable. 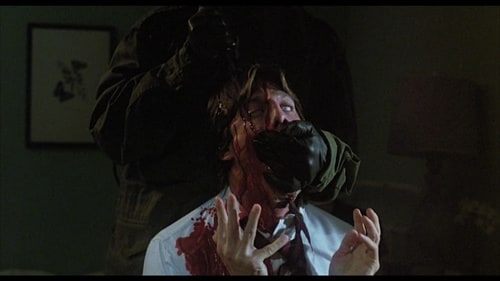 A great example of how to do a exploitation film right.

The acting is surprisingly good, but it still has some cheesy parts of dialogue and mugging villains.

The downside is that the revenge isn't that satisfying, especially for the ruthless crimes the villains commit. 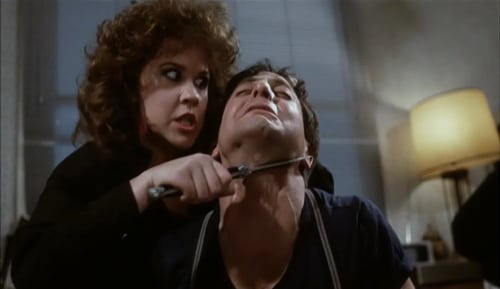 I've already spoken about this one so many times already, that I don't feel the need to comment on it yet another time.

Great film, like I've said before, but I think it's a step-down from the original, since it hasn't the same atmosphere and horror like the first one. It feels more like another typical monster-infestation film. 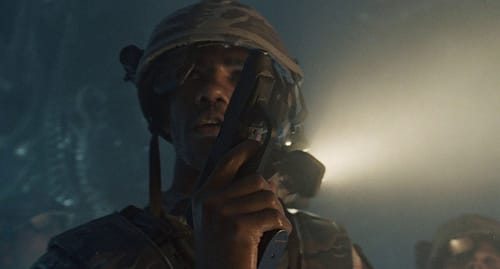 A half-decent sequel. It has some parts that I like, for example the relationship between Ripley and Clemens, but it has a lot of stupid characters and moments too.

The CGI is absolutely horrendous, which is a shame since the practical effects are damn great. Also, I don't think the alien in this is that unique, since it looks just like a regular xenomorph, only the color on it is lighter and it moves differently.

One thing I really like is the ending, and I thought it was a great way to end the franchise. Unfortunately, it wasn't the real ending... 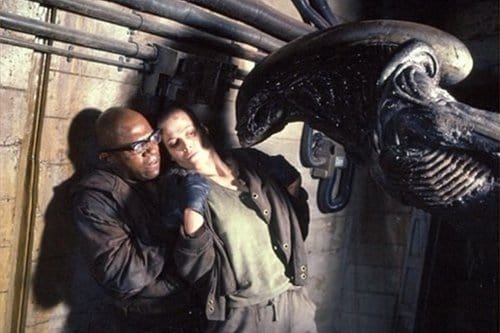 ... and the real ending, was absolutely horrible.

The film on it's own is bad, but far from the worst thing I've seen. But in a great film series like Alien, it's really awful and unnecessary.

They ruin the Ripley-character, with taking away the likability and most of the motherly side of the character, and giving her silly "superpowers". Also, General Perez has to be one of the most idiotic characters I've ever seen on screen and seems more like a caricature, than a character, and the goofiness doesn't fit in a film part of the alien-franchise. Sure, the series have had a couple of goofy characters like Hudson from "Aliens", but he was at least funny and not absolutely incompetent.

The rest of the cast ranges from awesome to just meh. I liked Brad Dourif's character and Ron Perlman's character, since they were by far the most fun characters to watch. While I like Winona Ryder, she was pretty "meh" and slightly annoying at times.

The kills are really cool though, and the climax have some fantastic and inventive gore scenes. I also like the visuals as well, and they're far better than "Alien 3"'s prison setting, in my opinion.

I really dislike the ending to this one, since it's pretty weak and open. 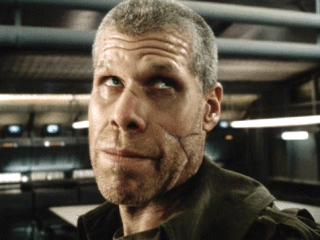 My 30 Day Movie Challenge by natha3l

Watched in 2012 by Nocturne