In Praise of Dynamite Kid 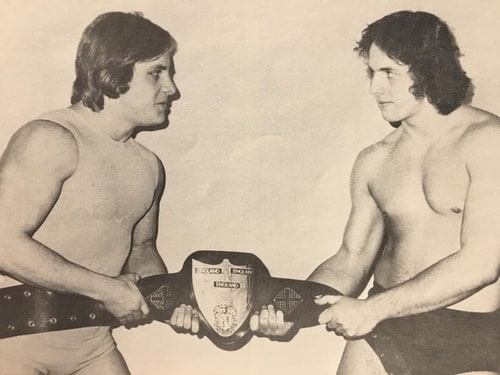 "There are people in life that have a ripple effect both professionally and personally. Tom “Dynamite Kid” Billington was one of those people. The second professional wrestling match of my career was against Dynamite. I benefited from his greatness and through our matches in Stampede, WWE, and everywhere in-between, I became a better wrestler because of him. Dynamite truly was the best wrestler ever, pound-for-pound. Tom was family, my brother-in-law, and we were very close. In many ways I felt like one of the few people who truly knew him, both the good and the bad. I saw Tom one final time this past June in England and I can only hope he is finally at peace. My thoughts are with his children Browyne, Marek, and Amaris, and the entire Billington family." 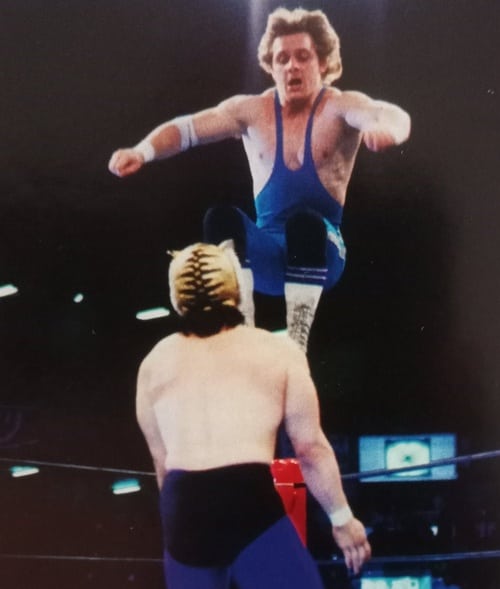 "There were different stages of idols for me. Originally it was Hulk Hogan, Ultimate Warrior and Macho Man when I was a kid. Then when I got into wrestling again during the attitude era, the reason I started watching again was Mick Foley. I just loved him, every time he cut a promo I felt so sorry for him, so I always wanted him to win and rooted for him. He was the hook that got me, then I saw Lita and I thought she was the coolest thing in the world.

Then when I got older even though he wasn't in the WWE, AJ Styles was someone I loved watching. Others too like Tiger Mask, Dynamite Kid and Shawn Michaels too." 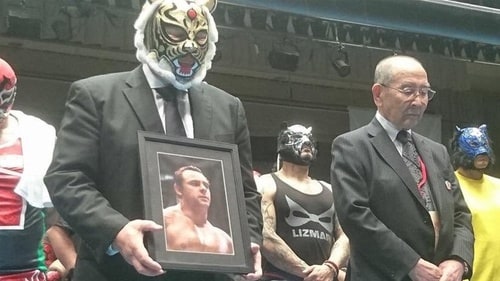 "Thirty-five years have passed since our matches, can you believe it? Our fans still talk about us and they even admire us." 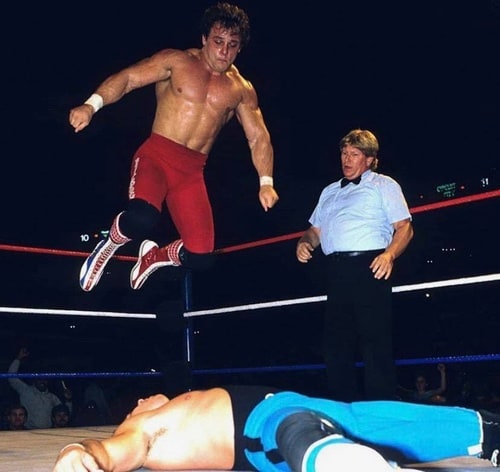 "Dynamite did everything and everything pretty well. He used to be one of the top flyers in the industry. There wasn't anything Dynamite couldn't do or wouldn't do. He was a gutsy little fellow." 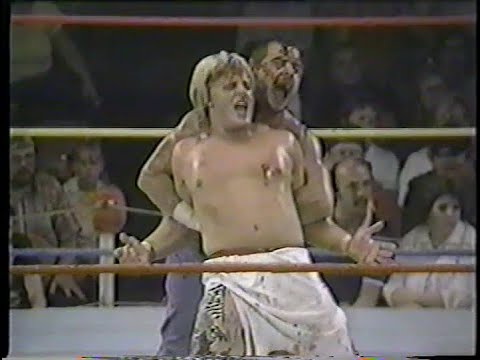 On him and Chris Benoit:

"Well, you know, they were like clones of each other. They were very similar. Dynamite, when I was a kid growing up, he might of set more of an image for me because I was younger, watching this older guy work. Chris is even younger than I am. So the differences when you're a young guy watching this guy, he's like on a pedestal, Dynamite Kid. When I was a kid watching, I'd go 'Wow, that guy's awesome.' And then you get older and see a guy like Benoit. He's really good and a lot like Dynamite. What Chris has to battle with is that he's fighting a similar style as someone that's already established. That looks like he's imitating someone. But Dynamite, just because he was the original, was the best...If you could have frozen them and put them together, time lapse where Dynamite was at his peak and with Chris now, they'd be an awesome team." 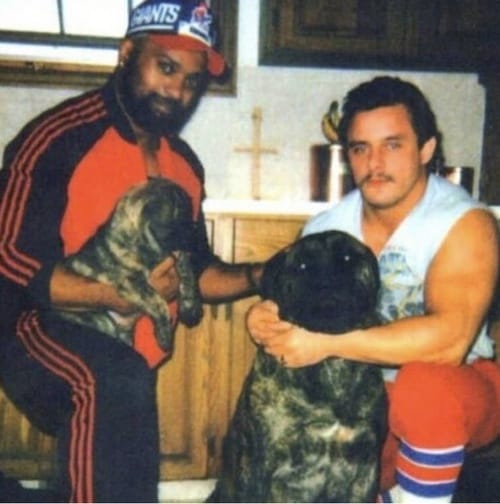 "The two best wrestlers that I ever worked with, bar none, were Dynamite Kid and Ricky Steamboat. They were the best at that time, pound for pound, without a doubt."

"Pound for pound, Dynamite Kid was probably the best wrestler ever because you've still got these young guys today trying to emulate him in the ring. He was one of my favorites to work with. In our matches, the people just really wanted to kill me and just come in there and help him out." 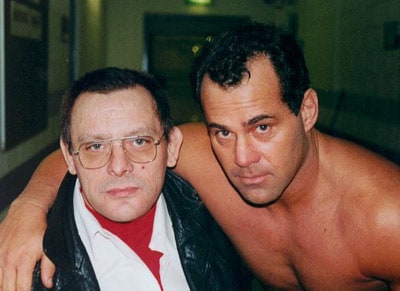 On his opportunity to get to work with him:

"It was a dream come true. He’s the guy that kind of set the standard for guys my size and my style."

"Chris Benoit, who keeps the memory of Tommy alive in my eyes. I shared some great times with Tommy in Japan for many years, those times spent will forever be remembered."

"It was both a pleasure and an honor to be in the ring with one of the best this sport has ever seen." 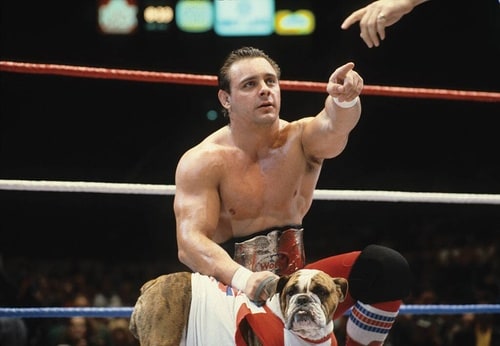 "He was one of the greatest who ever laced up the boots. He was an huge influence on me since 1986. He once told me to f**k off in a bar in #Winnipeg. And he is true legend and pioneer in our business..."

"I ended up training in Calgary with the Hart's because I wanted to work like Dynamite did. I was such a fan of the Stampede/Japanese wrestling style and I've tried to wrestle my career in the same vein. There is no one in the history of this business who wrestled as crisp, as mean, or as intense as Dynamite did."

"He was probably the most influential and respected wrestler, as well. I know I have the utmost respect for all of his accomplishments." 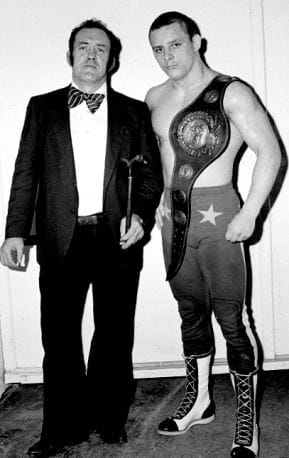 His evaluation of him as a performer during his early years:

"Simply amazing. This youngster has some of the most incredible moves I've ever seen in the ring. My impression is that he's going to be a great one. I believe I'd have to rate him right up there with Robinson, Portz and the rest. When he grows up and gains valuable experience, he's going to be something else." 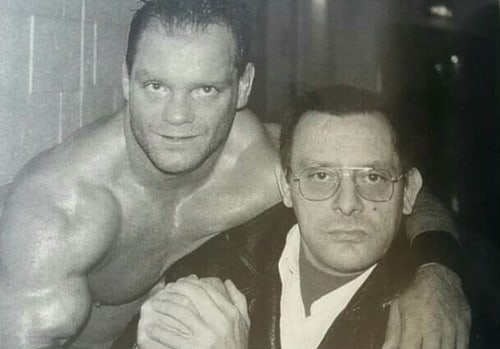 "After the first time I ever went to a professional wrestling match, not only did I know I wanted to be a wrestler, I knew I wanted to be the Dynamite Kid. No other wrestler compares to him, or the impression he left on me."

"The Dynamite Kid always treated me with respect and was always very honest with me."

"His matches with Tiger Mask in Japan were 20 years ago, but if they took place today people would still be going crazy for them." 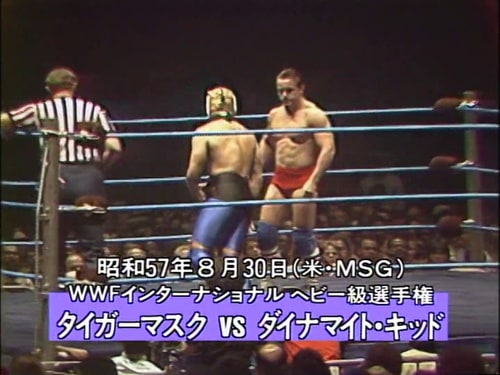 In May 2018, Tommy Dreamer recalled being a young boy seeing the Tiger Mask-Dynamite Kid bout from Madison Square Garden on television.

"I was like, 'What in the world am I watching?'" recalled Dreamer. "I was like, 'These guys are so much better than these other guys, because of the moves that they're doing.' And if you go back and you watch now -- and I do, every day watch stuff on the WWE Network, there are some guys that are stars that couldn't be the worst independent wrestler of all-time, and they were stars! Because the business was different, the business changes, the business evolves. So from the same times where I believed that match, Dynamite Kid and Tiger Mask, which was at Madison Square Garden, where I'm sure they came to the back and they were like, 'What the hell are you guys doing?'" 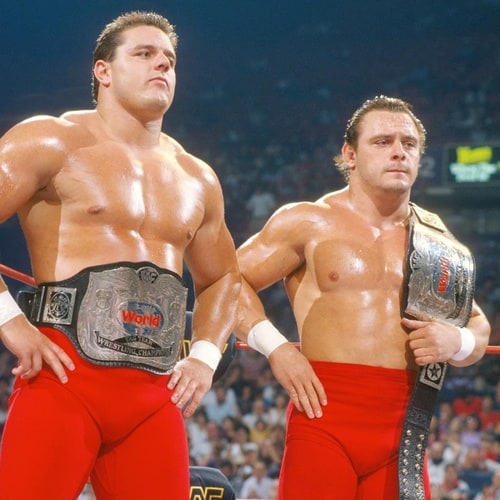 "They made everything look so real that it was always scary to get in the ring to take bumps. When I knew a spot was coming up, I'm going, 'Oh, fuck,'. The way they'd always snap into everything. ... It was just crisp, everything they did. The punches looked good. When both of them were healthy, what a super team." 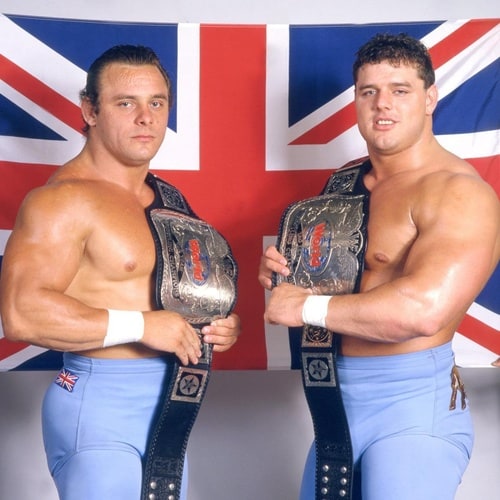 "I think the British Bulldogs were more revolutionary in Japan than North America. Their hard wrestling style didn't fit in with a lot of the WWF teams at the time, whereas the Japanese wrestlers and style made them seem more special. I think their impact was strong among hardcore fans and a lot of people who grew up to be top wrestlers. It's funny, because at the time, the Road Warriors were the kings of tag teams and everyone wanted to be like them ... but long-term, it was the Bulldogs and Midnight Express who popularized the big move style that the next generation of wrestlers studied." 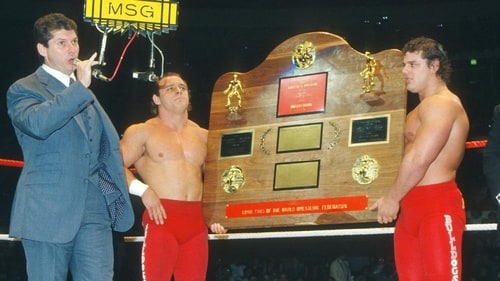 "Every wrestler under 200lbs likely owes a debt of gratitude to The Dynamite Kid. He inspired so many and help change the sport. In the ring he was incredible. The only wrestling T Shirt I ever purchased was a British Bulldogs shirt, which I wore to WrestleMania IV". 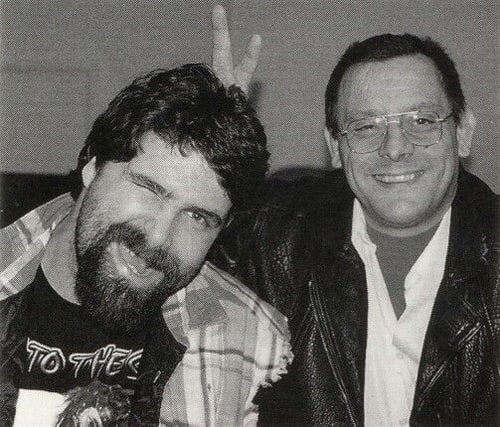 “My personal Mount Rushmore (of wrestlers) has probably changed a dozen times. But more often than not, as was the case last week in the UK, I had Tommy Billington, The Dynamite Kid, etched in stone on my mountain.”

“Imagine how honored I was – not to mention terrified- to face Tommy in the second match of my career, a tag-team contest pitting me and British great Les Thornton against Tommy and Davey Boy Smith as the British Bulldogs. While it’s true that I was worse for the wear after that match, and could not eat solid food for about three weeks, it was a valuable lesson; an emphatic example of how high that bar was set, and how hard I would have to work if I ever hoped to reach it.”
shotswerefired's rating:

Thomas Billington (5 December 1958 – 5 December 2018), best known by the ring name the Dynamite Kid, was a British professional wrestler. He competed in the World Wrestling Federation (WWF), Stampede Wrestling, All Japan Pro Wrestling (AJPW), and New Japan Pro Wrestling (NJPW) in the mid-to-late-1980s. With his cousin Davey Boy Smith, he is also known for having been one half of the tag team The British Bulldogs. He also had notable feuds with Tiger Mask in Japan and Bret Hart in Canada.

Billington is considered by many, including Bret Hart and Dave Meltzer, to have been one of wrestling's most influential in-ring performers, having increased the level of athleticism involved in the art, bringing together styles from Britain, Mexico, Canada and Japan.

Billington has the distinction of being a performer (along with Tiger Mask Satoru Sayama) in the first five star rated match by Dave Meltzer, for their NJPW Sumo Hall Show 1983 match. This is thought of very highly in the industry.

"All I ever wanted was to be the best wrestler I could be. I wasn't interested in gimmicks or being a great talker; I wanted to be remembered for my ability in the ring."

"I'll be honest, when I started wrestling as the Dynamite Kid all those years ago I had no idea things would end up the way they did. But I'd do it all again. I wouldn't change a thing. Wrestling was my life and I loved it. No regrets. I had a blast."

8 votes
In Praise of... (19 lists)
list by shotswerefired
Published 4 years, 1 month ago

Music Diary 2020: When the Sun Goes Down by PulpRoman

British Mystery: A Touch of Frost by Holy Godiva

Lists by Other Members That Made Me Feel Nostalgic by shotswerefired

My Criterion Collection for Bluray (or Lack of) by shotswerefired