In Praise of Gary Oldman 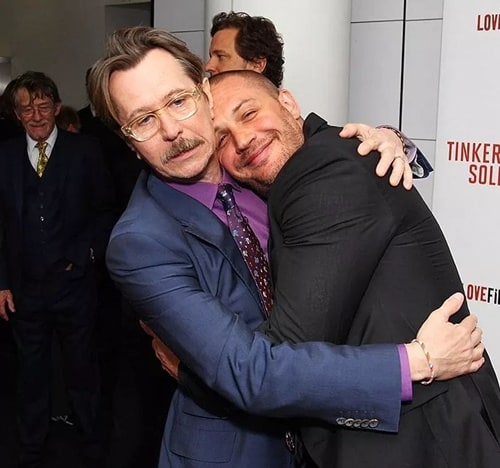 “Gary Oldman is my absolute complete and utter hero. He’s the f*cking man. I look at him and I want to be like that for my generation — I want to have that same quality. He’s incredible. And there is a definite ‘hang on a minute’ [moment], but I’ve got past the star-struck part now."

“Gary Oldman is, hands down, the greatest actor that’s ever lived.” 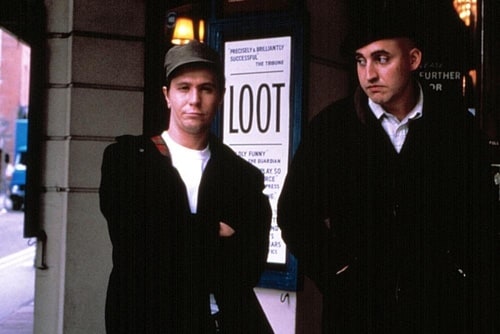 "Critics never fail to single Oldman out, because no matter how terrible the film, or overblown the performance, he is one of a few truly great living actors – arguably, even, the best.

Why he was ignored by the Academy Awards for so long is a mystery: In 1987, a quarter-century ago, he played the doomed playwright Joe Orton so well (in Prick Up Your Ears), one could scarcely distinguish between him and the capricious, deeply sexual, brilliant and charismatic writer.

Oldman is weak-chinned, slight and somewhat plain-featured, but his acting – like the shy, wispy hero of Kurt Vonnegut's short story Who Am I This Time? – transforms him not only into beasts, but sometimes into dangerous beauties.

His Joe Orton emanated sex through his frank, appraising eyes, pelvis-forward stance, and amazingly animated mouth (he leers, turns up its corner, smiles blindingly); as does, differently and powerfully, his George Smiley.

Smiley is not a sexual creature, exactly. But he is a man whose weakness is love, and Oldman uses his dark, inscrutable eyes and mouth (pursed, largely, in the Tomas Alfredson film, or open, like that of a drifting, hapless fish) to lure us to the passion beating at this drab espionage expert's centre." 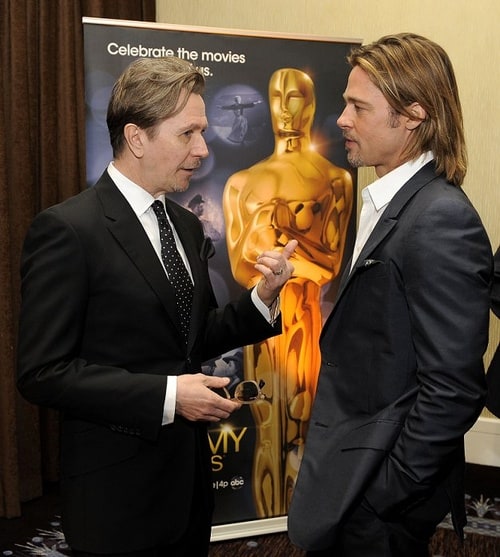 "When I started out, my Gods, so to speak, were Gary Oldman, Sean Penn and Mickey Rourke and so it's a real honour for me to be sitting at the same table and mentioned in the same way with these fine actors." 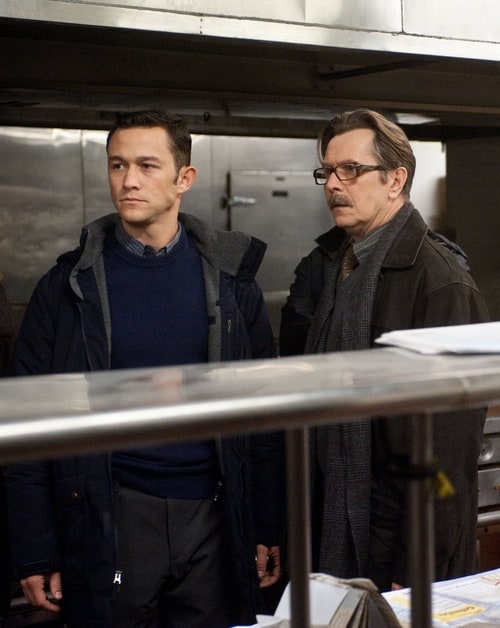 "My favourite actors are chameleons - people like Gary Oldman or Daniel Day-Lewis. You don't see the actor when you watch them, you see the character." 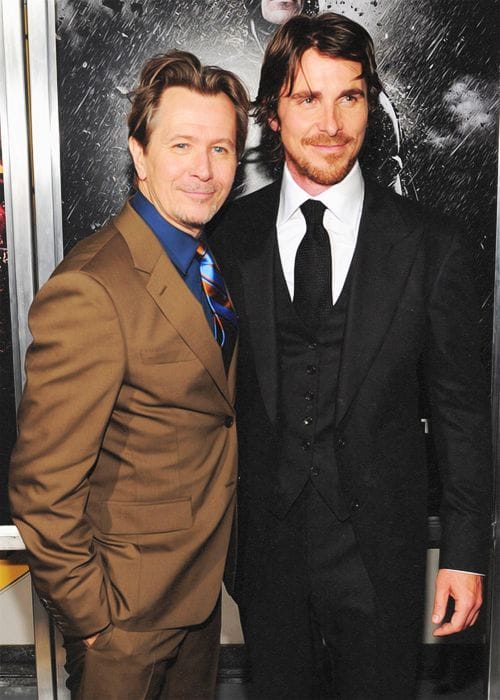 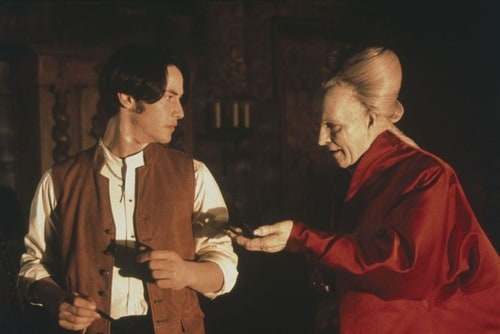 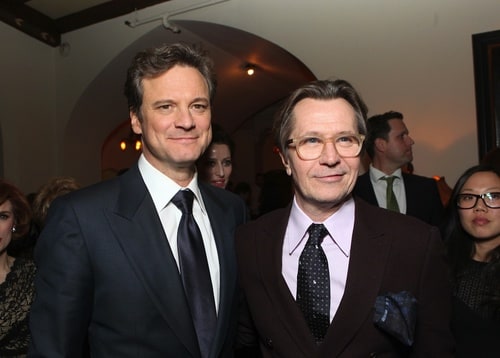 "A very strong candidate for the world's best living actor." 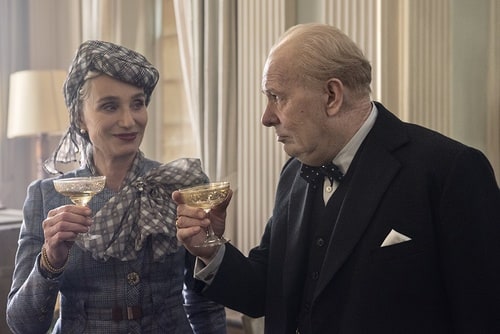 "He’s the most amazing, generous actor. For a start, you don’t really know you’re working with Gary Oldman. It was Winston Churchill opposite me." 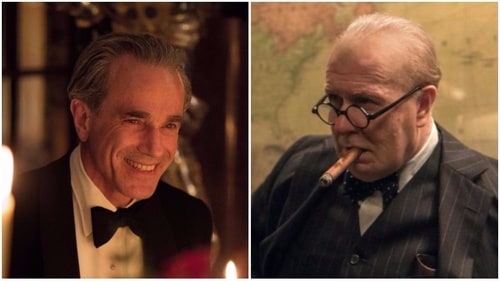 "I think Gary Oldman is as fine an actor as Daniel Day-Lewis, but Gary is not double-barrelled. You might say Daniel has made better choices, but Gary Oldman’s Oscar was massive to people from my background." 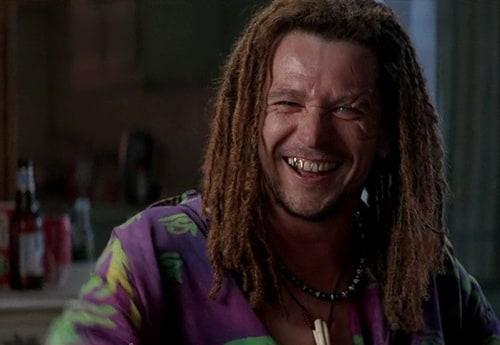 "I love working with extreme people, and Gary's extreme. He finished filming Romeo on Sunday at 11pm in New York, got on the red-eye, and arrived on my set [in LA] at seven the next morning, with his mum. Genius." 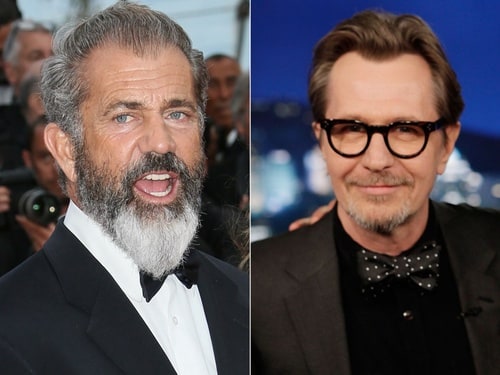 "He's kind of like Mr. Potato Head. It's like he has this ability to transform himself into something different at will." 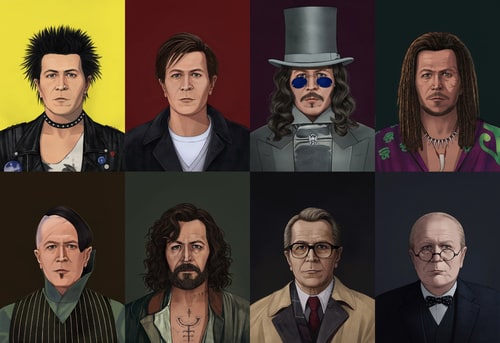 "Oldman is one of the great actors, able to play high, low, crass, noble."

Gary Leonard Oldman (born 21 March 1958) is an English actor and filmmaker. Regarded as one of the best actors of his generation, he is known for his versatility and intense acting style. Oldman is the recipient of various accolades, including an Academy Award, a Golden Globe Award, a Screen Actors Guild Award, and three British Academy Film Awards. His films have grossed over $11 billion worldwide, making him one of the highest-grossing actors to date.

Oldman studied the teachings of Konstantin Stanislavski and Stella Adler while at drama school but went "off-book", drawing much of his inspiration from American cinema. As a screen actor, Oldman was almost typecast as an anti-social personality early in his career.

Oldman has conceded that his performances often involve an element of overacting: "It's my influence on those roles that probably [makes them] feel bigger than life and a little over-the-top. I mean, I do go for it a bit as an actor, I must admit." Conversely, Oldman noted that he enjoys "playing characters where the silence is loud" such as George Smiley in Tinker Tailor Soldier Spy (2011).

Oldman has adopted various accents for roles and portrayed a wide range of characters.

The Best Movies Ever, chosen by 94 actors
110 item list by johanlefourbe
97 votes

Magazines: Star Trek The Next Generation by SA-512