In Praise of Teresa Teng 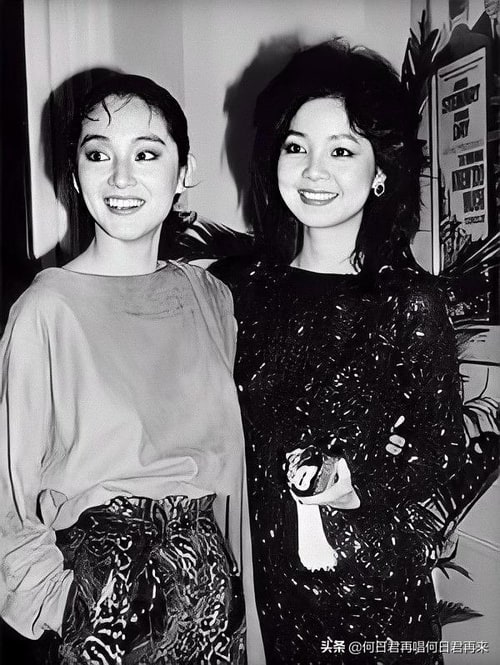 "She left suddenly, and I was so frustrated that I always felt that the friendship between us shouldn’t end like this. Over the years, she often appeared in my dreams. Here, she is the same as the real woman—a mysterious woman. The amazing thing is that in the dream, the world thinks she has gone to heaven, but I know that she is still in the world."

"Her voice is very beautiful."

"If my boyfriend had a change of heart and the object of his affection was Teresa Teng, I would never mind." 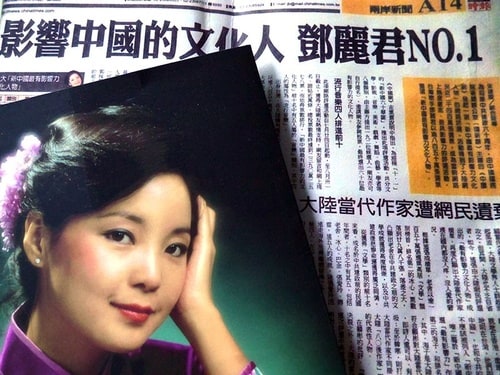 "Yunnan was endowed with a magnificent geographical gift: you could hardly hear central people's radio, and the newspaper would take days to make its way into the mountains and then be collected at the party's secretary's house, where you could ask him to tear off a strip when you wanted to roll up a cigarette. For people who listen to enemy radio, radio from the center or the official newspaper was merely a supplemental reference. But listening to enemy radio was not about political news so much as entertainment. I remember that whenever the Australian national station broadcast a radio play of the Taiwanese film The Story of a Small Town everyone would bring their own radio because the shortwave signal would tend to drift and that way we could cover the entire frequency range and make sure we had continuous sound from at least one receiver at a time. The boys and girls sitting around that grass hut would be in tears! Especially when Teresa Teng's voice rang out, emotions would rise to a fever pitch – her voice was to die for." 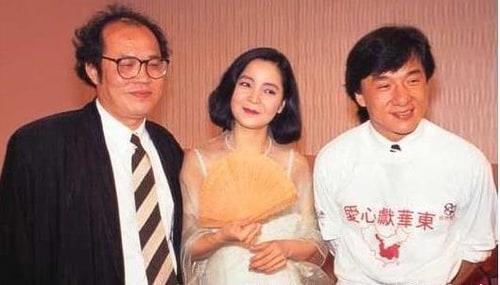 It was during the shooting of The Big Brawl in the United States in 1979, that Chan first met Teng. At the time, Teng was experiencing a career low and had moved to California. Chan, though popular in Asia, was also lesser-known in Hollywood.

They got to know each other by chance, and later went out together frequently. "It was the happiest time that I spent during my first stay in the US. We studied English together, went for walks on the beach and dined in Chinese restaurants in China Town," recalls Chan in his book. "Those days were a lot of fun, but I don't know if that could be called a relationship."

Although fate brought the two to meet again in Taiwan and Hong Kong, their different personalities finally set them apart.

"Maybe that's the best decision," writes Chan. "Because we have two very different personalities and both of us wouldn't compromise for the other. In other words, she was too good for me."

"But it wasn't her fault. She'd done nothing wrong and I'd been horribly unfair to her."

"Teresa Teng is an orchid. As an artist, she can become so popular and have such great achievements. It is indeed a life and death. It is worthy of everyone's love and respect. She will be immortal forever!" 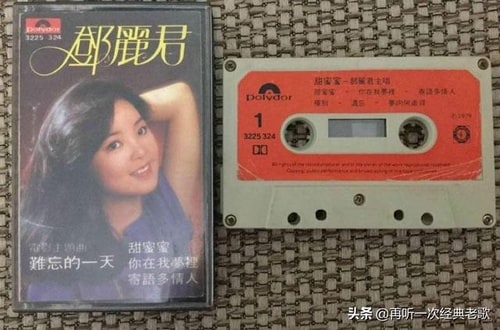 "Teng not only pioneered the development of popular music, but also stimulated the development of the audio-visual economy at that time. Listening to tapes was one of the main cultural consumptions content. They were luxury goods, but this did not stop ordinary people from consuming it. In 1979, there were only a few audio-visual distribution companies in the Mainland. By 1982, it increased to 300. Deng Lijun's music was revolutionary in making this happen". 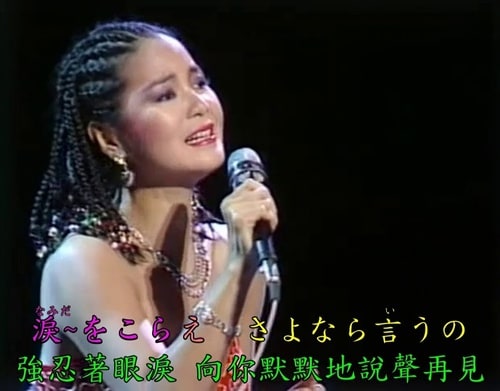 "For Japanese, Teresa Teng was more than just a popular singer. By performing kayōkyoku, she connected Japan to its Asian neighbors. She taught us about the profundity of Chinese culture, whether in her birthplace of Taiwan, her ancestral home of China, or Hong Kong, which she loved throughout her life. We, her Japanese fans, will never forget her velvety voice and the brief, beautiful radiance of her life." 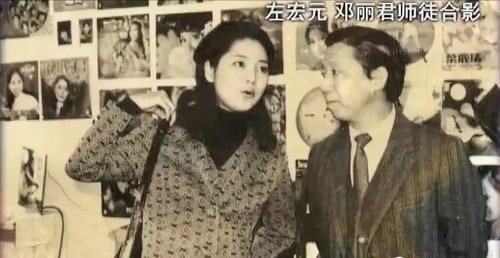 "No one in Asia can surpass the timbre, skills, and breathing control of Teresa Teng! When she sings, she can perform on stage or in the recording room, and she can express her feelings, dreams and emotions. Her singing is like Mandarin roll. Faintly, with one bite, you know that there are layers inside. It sounds gentle, but it's actually very powerful."

“Teresa Teng’s voice was seven parts sweetness, three parts tears. With her terrific voice, it was ironic that she was suffering from asthma throughout her adult life. Tragically she succumbed to a severe asthma attack while holidaying in Chiangmai, Thailand on 8 May 1995 at a young age of 42. It was a devastating blow to all her millions of fans throughout Asia. It was so sudden. I too was very saddened by the event.” 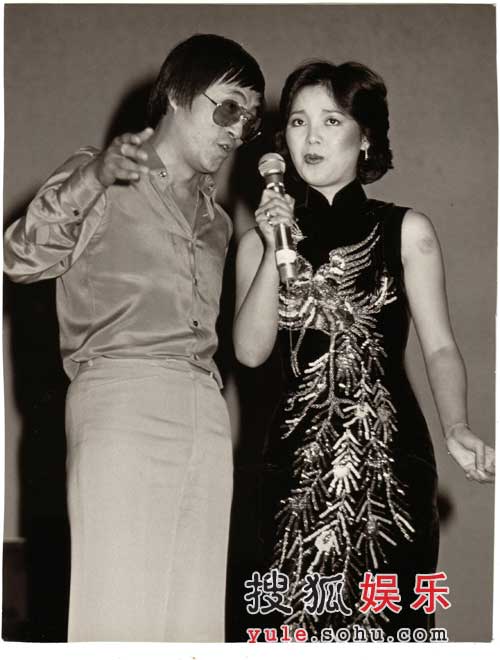 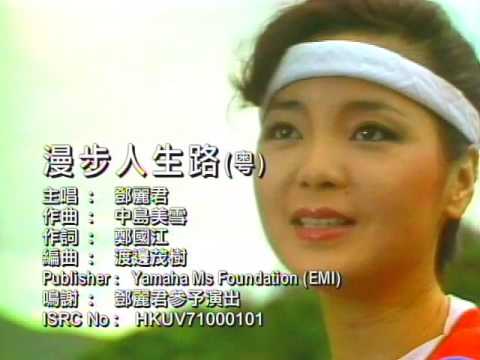 "Teresa Teng has been very legendary all her life. She is my idol. When she appeared in Cantonese songs, I felt that our distance was shortened a lot... When she sang "Walking the Road of Life", it felt like my idol was singing it exclusively for me!" 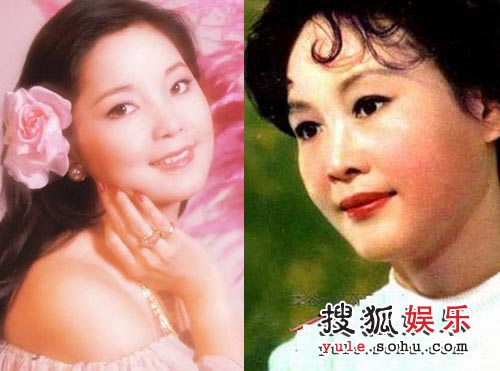 "Teng Lijun is a unique and enduring artist of the first order in the Chinese music scene." 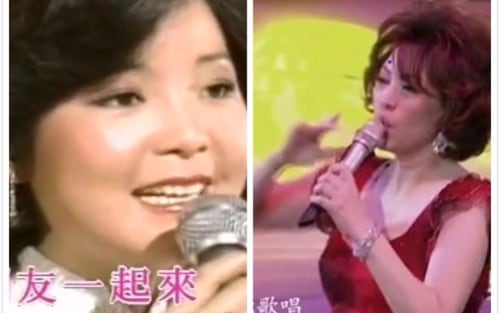 "I admire Teresa Teng the most. She can conquer non-Mandarin speaking territories, which is something I haven't been able to achieve yet. This is where I come up short against her." 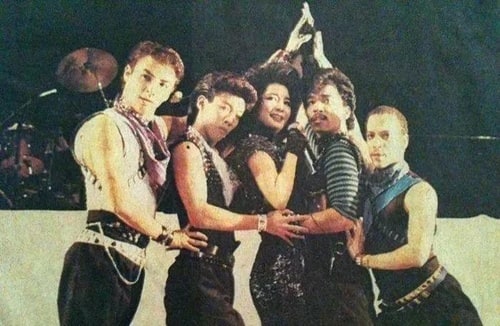 "Teresa Teng stood for the voice of liberty. C-Pop began to be truly non-political and non-traditional free forms of expression." 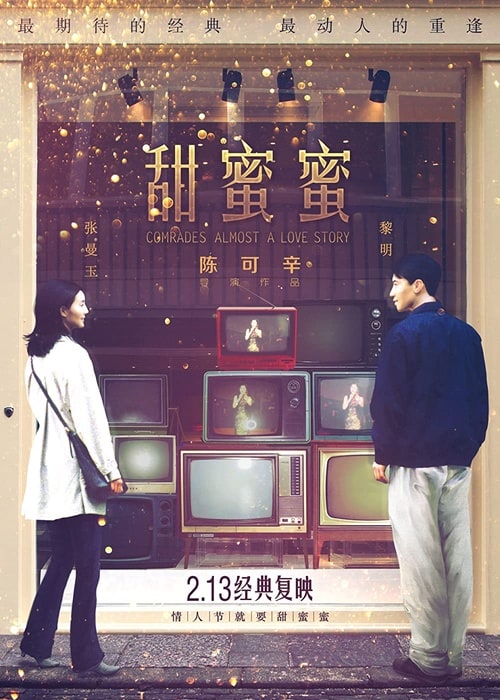 On the significance of Teng in his movie Comrades, Almost a Love Story (1996):

"If you made Comrades in America, it would probably take place in the 1970s, and the end of the movie would be the death of [Beatles member] John Lennon. That’s how important Teresa Teng was.

She was a Taiwanese singer who became big in Hong Kong and then Japan and eventually became a phenomenon in mainland China at the early stage of economic reform back in the late 1970s. So she was the first Chinese star who could sing in [mainland] China, Taiwan and Hong Kong. Ironically, that is very much what Comrades is about, about Chinese moving from place to place."

"Hong Kong people would feel particularly touched because as we go through the movie, all the dates are real, they’re all tied to their own lives. They can actually relate their experiences on the day she died to the experiences of the actors on the screen.

Her lyrics are very, very important. The theme song, Tian Mi Mi, is actually the Chinese title of Comrades. At the end, when Leon is walking, the lyrics totally mesh with what’s happening on screen." 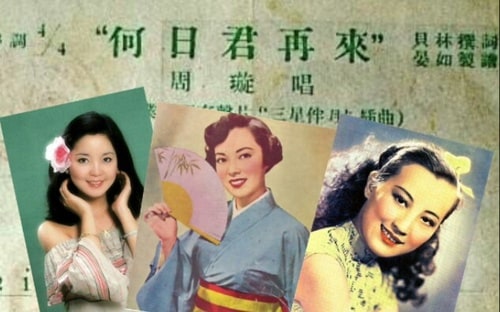 "It was the sweetness in her voice that made her famous. She had a perfect voice for folk songs and ballads, and she added traditional folk song stylings into Western-style compositions. Her songs basically follow in the tradition of popular Shanghai music of the 1930s and 1940s. Her sound was similar to that of Chou Hsuan in her later years." 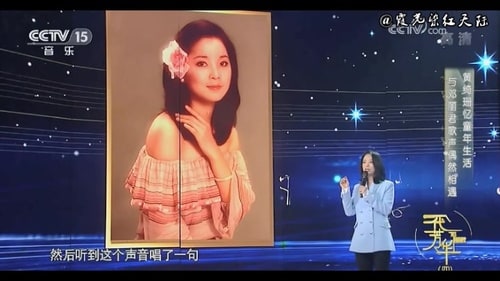 "Teresa Teng's songs have helped me a lot. It solved one of my most important problems related to breathing. Breath control is the most fundamental part of singing. My knowledge comes from her." 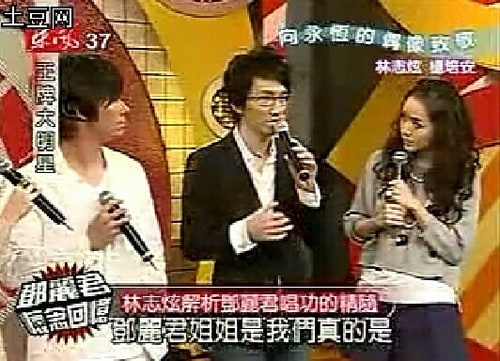 "Teresa Teng is our ultimate idol. Her breathing technique is very stable. You almost couldn't locate her point of alteration. There's firmness within the softness. That's something which is really hard to do and should be most praiseworthy. Even now, there is no one who can reach her level." 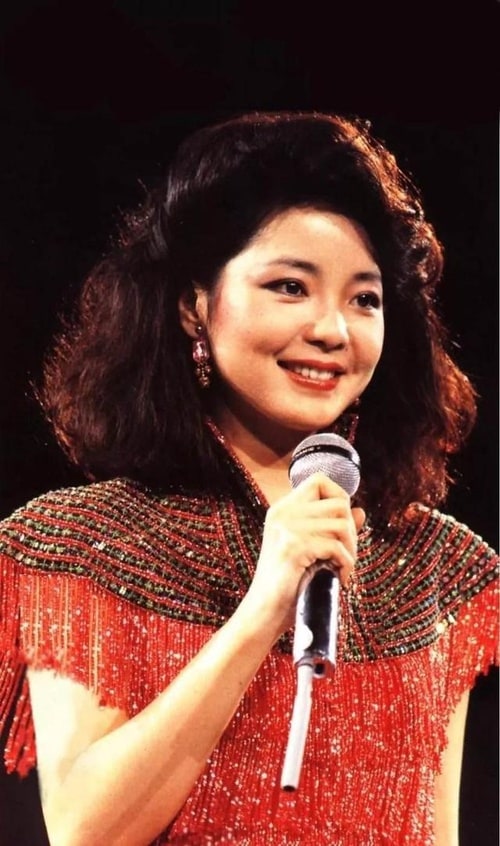 "Many people in the showbiz are 'miracles', but only Teresa Teng can be called a 'legend'." 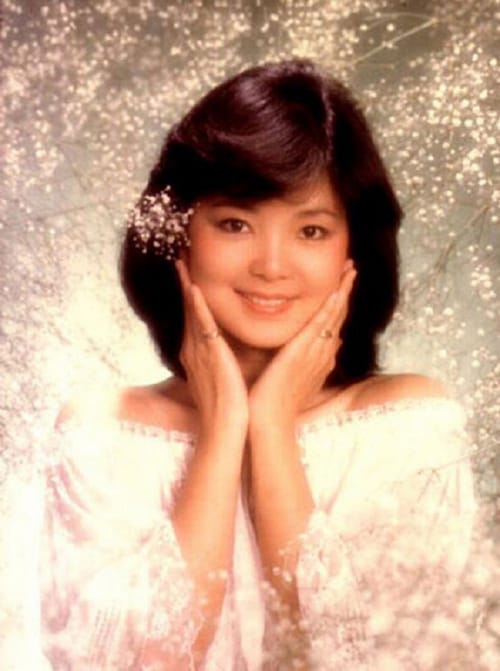 "Teng is undoubtedly the last great superstar of the 20th century. There will never be another diva like her."

Teng Li-chun (traditional Chinese: 鄧麗君; simplified Chinese: 邓丽君; pinyin: Dèng Lìjūn; Jyutping: Dang6 Lai6-gwan1; 29 January 1953 – 8 May 1995), commonly known as Teresa Teng, was a Taiwanese singer, actress, musician and philanthropist. Dubbed as "Asia's eternal queen of pop", Teng became a cultural icon for her contributions to Mandopop, giving birth to the phrase, "Wherever there are Chinese people, there is the music of Teresa Teng".

With a career spanning almost 30 years, Teng established herself as a dominant and influential force in Asia throughout most of her career, including East Asia, Southeast Asia, and to some extent South Asia during the early and mid-80s.

Teresa Teng was so popular that she was regarded as little Deng in China, the big Deng being Deng Xiaoping.

In Taiwan, she was famous for entertaining the armed forces and singing patriotic songs that appeals to natives of the island. She was nicknamed as a “patriotic entertainer” and a “soldiers’ sweetheart”.

Throughout her years, Teng rendered hits such as "When Will You Return?", "As Sweet as Honey", "Small Town Story", "Giving Yourself to the Flow of Time," and "The Moon Represents My Heart". She recorded more than 1,500 songs throughout her career, starting when she was 14 years old, not only in Mandarin Chinese but also in Hokkien, Cantonese, Japanese, Indonesian, English and Italian. In addition to speaking most of the languages she sang in, she also spoke French and Thai. In 2007, she was inducted in "Popular Music Hall of Fame" at Koga Masao Music Museum in Japan, making her the only non-Japanese national to do so.

In Japan her voice was complimented as being "like weeping and like pleading, but with strength, capable of drawing in and hypnotizing listeners."