0
Kurt Cobain
Jesse Frohman took these photos of Kurt Cobain close to his 1994 suicide, and they were exhibited last year in commemoration of the 18th anniversary of his passing. The Observer commissioned the images. Dressed in Jackie O sunglasses and a leopard coat, Cobain is seen clinging to his cigarette and a bottle (of something) with peeling nail polish. He looks worn, but every bit the iconoclast his fans remember. See other photos in the series over here. 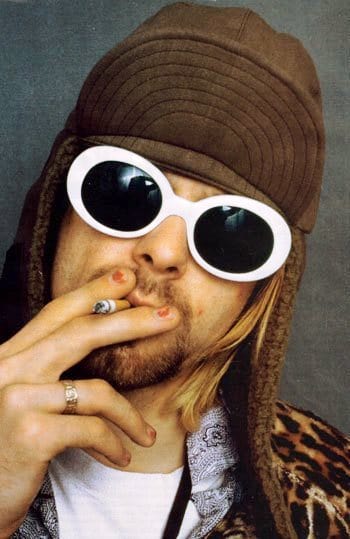 This photo of Einstein is believed to have been taken near his home in Princeton, New Jersey — where he worked at the Institute for Advanced Study until his death — about a month before his passing. He lived there with his second wife (who died in 1936), her daughter, and his secretary. Creepy fact: the professor’s brain was removed during the autopsy without his family’s permission so it could be studied by neuroscientists who hoped to discover the secret of Einstein’s intelligence.

0
Jimi Hendrix
Monika Dannemann, Jimi Hendrix’s girlfriend, snapped the last photographs of the legendary electric guitarist with his favorite instrument, nicknamed “Black Betty.” They were captured the day before his death. This is one of multiple photos published in Dannemann’s book, The Inner World of Jimi Hendrix. The musician looks somber in the image, but others in the rare series show him dreamily wandering with Betty in the garden behind Dannemann’s London apartment. 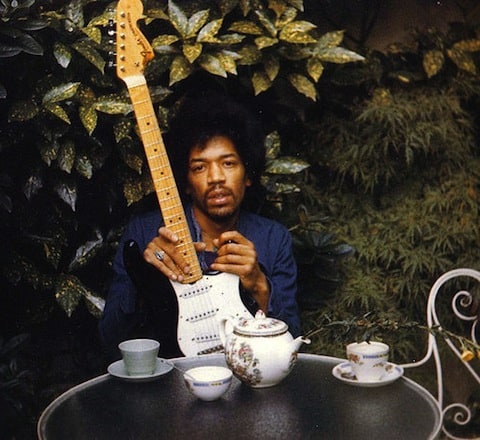 0
Amelia Earhart
The Daily Mail recently published these previously unseen, rare photos of aviation pioneer Amelia Earhart in the final moments before her fateful flight in 1937. They were unearthed by a woman who almost tossed them in the trash and include snapshots of Earhart packing her bags (above), getting a haircut, reviewing weather charts, and making other preparations for her circumnavigational flight. Also pictured is the Lockheed Model 10 Electra that was built for the journey to her exact specifications. 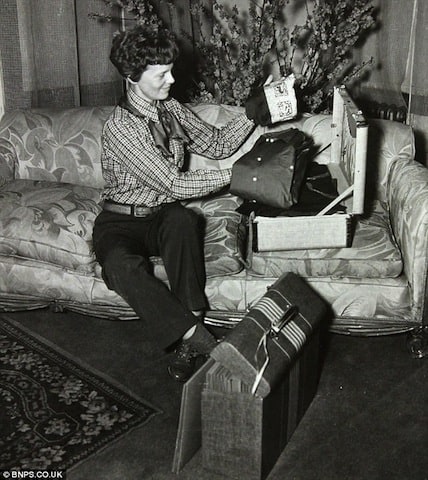 0
Marilyn Monroe
There’s some speculation about the last photos taken of screen legend Marilyn Monroe. The above image was shot during a visit with Frank Sinatra and jazz pianist Buddy Greco the weekend before her death on August 5, 1962. They were captured around Lake Tahoe, Nevada where the men were performing. Apparently only six images survived from a roll of 36. “I remember it was a wonderful weekend. Marilyn turned up wearing a green scarf, green shoes, green slacks and a green blouse, and looking just wonderful,” Greco said. The Daily Mail has a fairly gossipy account of the rest of the weekend if you’re curious. Other final photos of the actress include the now famous series The Last Sitting, taken by Bert Stern for Vogue six weeks before Monroe died. Friend and photographer George Barris took pictures of Marilyn on July 13, 1962, and Allan Grant captured the star for Life July 7, 1962. 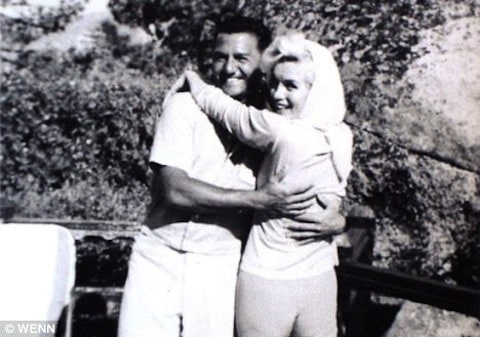 0
Elvis Presley
This is a snapshot of Elvis pulling into Graceland with girlfriend Ginger Alden August 16, 1977 after a visit with a dentist. The King had been suffering from health problems, but was set to start touring again, with a flight scheduled for that evening. Sadly he never made it. 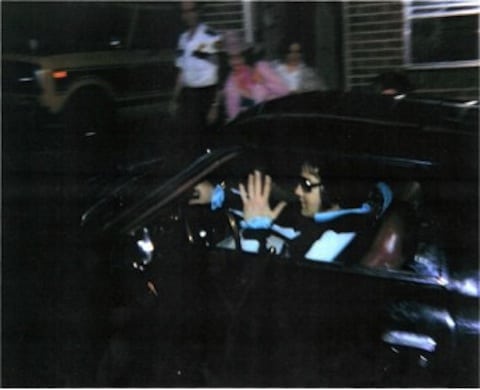 0
Jim Morrison
Doors frontman Jim Morrison and longtime girlfriend Pamela Courson stopped by the Hôtel de l’Oise in Saint-Leu-d’Esserent, France where photographer and friend Alain Ronay took a few intimate snapshots of the couple while they dined and relaxed. Morrison ventured to Paris and the countryside in order to focus on his writing. 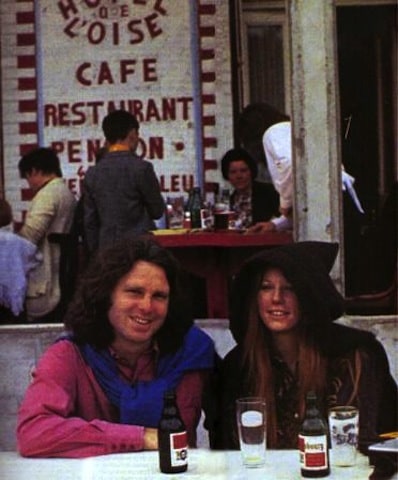 0
The Notorious B.I.G.
This photo of Biggie Smalls, with close friend and collaborator Sean “P. Diddy” Combs, was taken right before his death after Wallace presented an award at the Soul Train Music Awards and left a party at the Petersen Automotive Museum on March 9, 1997. The shindig was shut down due to overcrowding. 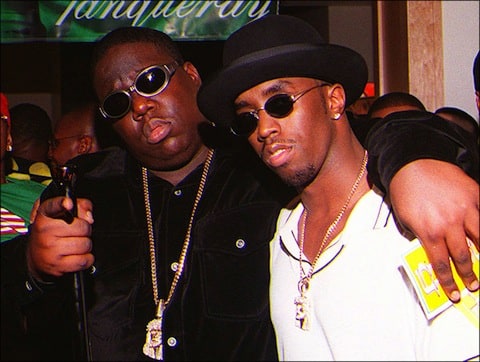 0
Abraham Lincoln
Records and accounts of Abraham Lincoln’s last known photograph are varied. A few years ago, news circulated that a photo found in General Ulysses S. Grant’s family album, showing the 16th United States President in front of the White House, may have been the last snapshot taken before his assassination in 1865. Other sources point to three photos taken by Henry F. Warren on the balcony of the White House on March 6, 1865.

0
James Dean
Here’s Rebel Without a Cause screen legend James Dean posing with his new Porsche Spyder, nicknamed “Little Bastard,” which he had just picked up from mechanic Rolf Wutherich in preparation for a race. He went speeding through Sherman Oaks, California where he was given a ticket and stopped to fill up the sports car with gas during his final ride. 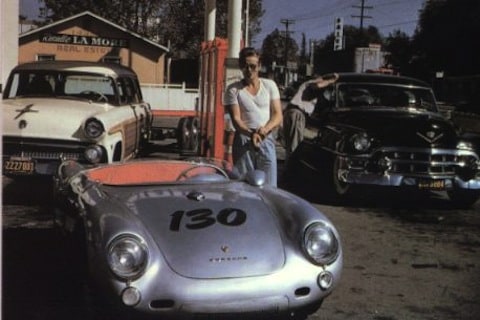 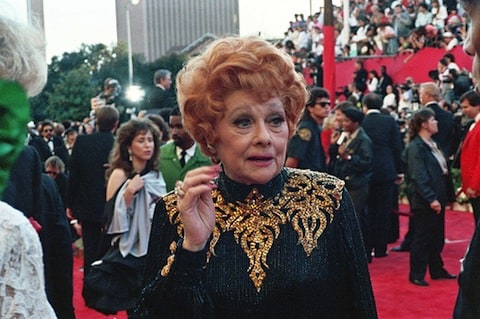 Greatest Rivalries Ever on TV by TheKnight12

Names inmortalized by music by Pat

Awesome Behind the Scenes Pictures by blankend

Celebrities before and after Hollywood by Jacc

Timeline of the most expensive films by johanlefourbe

The Art of Cinema by AdamLundy

Some Rare Historical Photos by propelas

Some Controversial Photos of 2012 by propelas