7.4
Carrie
Poor Carrie White. There’s her crazy, Jesus freak mother, her school full of merciless bullies, her creepy old house, her terrible hormonal timing in the locker room, her way with the knife drawer (actually that turns out to be a blessing and a curse), her… Satan’s pillows (which really are spectacular -- see Prime Cut). Carrie’s a beautiful, special young woman made to feel like the ultimate outsider -- her life is an absolute nightmare. But when she’s invited to the prom by a sweet natured fellow (William Katt, and his blonde afro), things are looking up. A date, momma, a date! Damn momma if she doesn’t approve! Carrie intends to look stunning at the dance, and she does! The topper, she’s anointed prom queen. 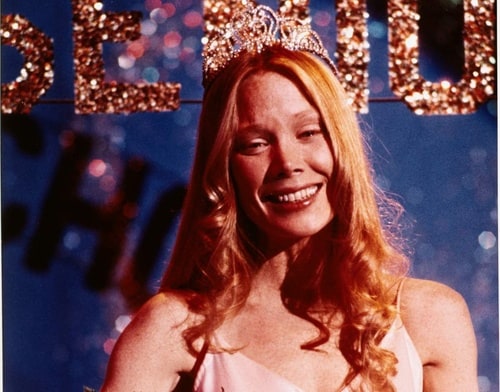 But… back to all those mean girls (and guys). Do I need to continue? You’ve seen Carrie -- I can distill this bad date in two terrible words: Pig’s Blood. At least, in a telekinetic teenage rage, Carrie wreaks murderous revenge on her classmates (even the nice gym teacher!) but well, so much for that dream date. Beating out Ben Stiller’s stuck zipper prom trauma in There’s Something About Mary for sheer high school hell, there really is something more about Carrie. She’s otherwordly awesome. We should all be so lucky to take her to prom. 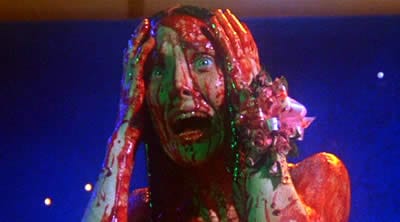 8.4
Sunset Boulevard (1950)
Billy Wilder's cynical look at Hollywood was so scabrous that, as the story goes; famed studio head Louis B. Mayer left a preview hollering, "We should horsewhip this Wilder! We should throw him out of this town that's feeding him!" Yes, the movie was that disturbing to its own, and for an understandable reason -- Mayer and company didn't like their dream
factory revealed for what it often was: a nuthouse. The story of washed up silent screen star Norma Desmond (Gloria Swanson) and her deranged, desperate attempts to re-enter pictures (for all "those wonderful people out there in the dark") via a down-on-his luck screenwriter Joe Gillis (William Holden) is indeed a powerful movie about Hollywood, but it also features one of the most uncomfortable dates ever. 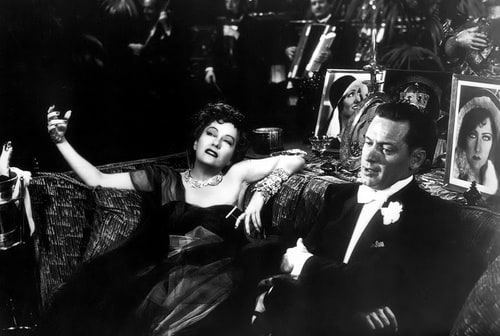 As Norma preps Joes for the big New Year’s Eve party she’s throwing for presumably, a grand assortment of guests, he realizes that it’s all for him. No guests. Just Norma Desmond, that marble dance floor and the kept boy Joe in a penguin suit bought by his suitor. And now he really does feels kept (no more lying to himself). And trapped. And how the hell is he going to get out of this? I won’t ruin the ending with this since it begins the movie, but he never will get out. Unless you count face down in a pool a great way to end a relationship. Never cross Norma. And why should you? She’s fantastically deranged. And she's fond of pet monkeys. He should have just stayed there. 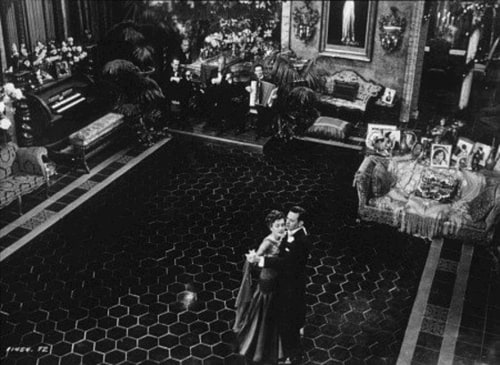 Travis Bickle -- he was off to such a good start. Even though he’s severely anti-social, he’s not a bad looking fellow (he’s young Robert De Niro after all) and in a spontaneous moment of romantic charm, he actually convinces the woman he’s in love with/casing (“They. Cannot. Touch. Her”) to take a break and eat some pie with him. That’s not the bad date – even when he misunderstands her compliment -- likening him to the Kris Kristofferson song "The Pilgrim" ("I'm no pusher," he asserts). It’s the real date where he makes his colossal screw up, probably (consciously or unconsciously), on purpose. He takes Betsy to a porn movie. She looks a little game at first over the “dirty movie,” but is so repulsed, runs out of the sleazy theater, never wanting to see Travis again. “Taking me to a place like this is about as exciting as saying to me ‘Let's fuck,’” she says. 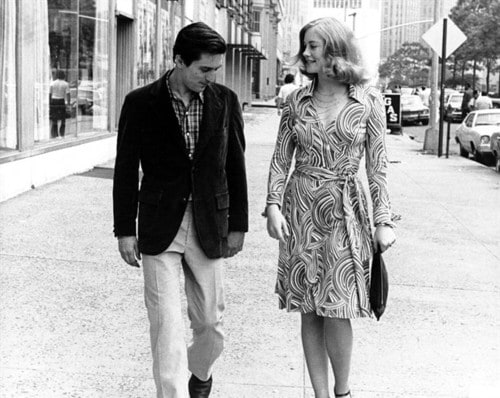 The scene reveals that Bickle is so closed off and so drenched in the scum of the street, that he has no idea how to date a woman or, he wanted to shock her goodness. In any case, he should probably listen to more Kris Kristofferson. And get more organizezed. But then, sticking with Jodie Foster worked out well for him … Betsy comes back. At least in his rear view mirror. 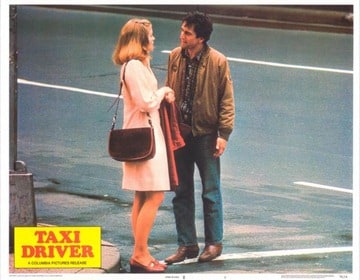 7.7
After Hours (1985)
Griffin Dunne is a lonely New York word processor, living in his boring beige world, 1980’s world filled with existential ennui. While reading “Tropic of Cancer” in a diner a beautiful woman (Rosanna Arquette) states “I love that book” and proves it by quoting the novel. A woman quoting Henry Miller? Yes. Intrigued, he asks her out. So far so good. Until he arrives at her Soho loft where her roommate (who makes bagel and cream cheese paperweights, something that will become even more hilarious in a scene with Terri Garr) greets him, tells him to wait (she’s at the all night pharmacy) and he puts up (if that’s the right term) with the sexy roommate’s mixed advances. When Arquette finally shows up, she veers from loopy to downright bizarre. There’s her story about her husband who yells “Surrender Dorothy!” whenever he climaxes, there’s some kind of burn ointment she’s applying for whatever reason, there’s shit pot and a lot of sobbing. An exasperated Dunne ditches the date with this wonderful exit: “Where are those Plaster of Paris paperweights, anyway? I mean, that's what I came down here to see in the first place. Well, that's not entirely true, I came to see you, but where are the paperweights? That's what I wanna see now!” As everything snowballs after this date, he pays for his exit dearly, eventually fleeing for his life in the subterranean world of Soho, with a Mr. Softy Ice Cream truck in pursuit (explaining the entire film would take too much room). 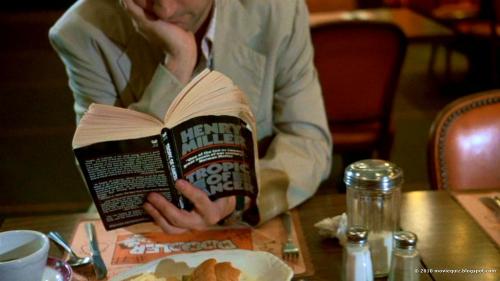 And poor Rosanna Arquette... she kills herself. Some date. Dear Lord, with Taxi Driver and The King of Comedy (remember De Niro’s Rupert Pupkin taking his date out on a stalking session to Jerry Lewis’ house?), Scorsese has directed some of the greatest worst dates in all of cinema. He also directed one of the greatest – in Goodfellas – but he excels at the bad ones. So much that he makes me want to buy one of those bagel and cream cheese paperweights. Watching After Hours, you entirely understand when Dunne asserts: “I said I wanna see a Plaster of Paris bagel and cream cheese paperweights, now cough it up… ‘get em, cause as we sit here chatting there are important papers flying rampant around my apartment cause I don’t have ANYTHING to hold them down with!” 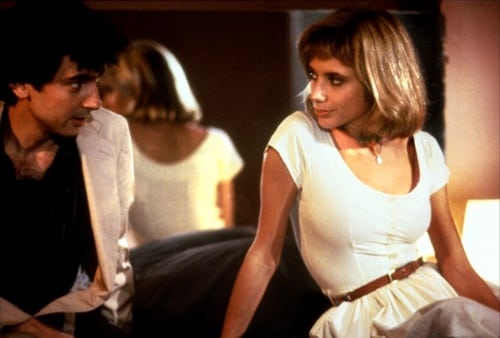 8
The Graduate (1967)
Dustin Hoffman’s Benjamin Braddock has an affair with the married and older (and smoking hot) Mrs. Robinson (Anne Bancroft) but winds up falling for her beautiful daughter Elaine (Katharine Ross). That’s awful sweet except that whole “dating the mom” part puts a little crimp in their future. On their first date, which Mrs. Robinson forbids, poor, sad Benjamin decides he’ll make the daughter hate him with one of the worst dates in history. What does he do? 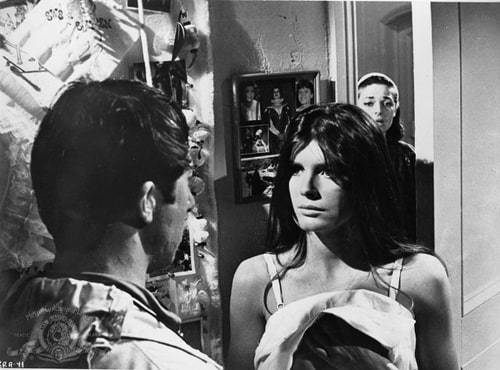 In a very Travis Bickle move (pre-Bickle) he takes Elaine to a strip club and watches, with feigned glee (or a burst of sadism), a stripper rotating her tasseled breasts over the young woman’s head. Elaine quiely cries, he feels terrible and they end up wolfing down hamburgers, talking the night away. So, the horrible date ends well, but what of the future? The picture concludes with the both liberating and funny wedding scene, Benjamin gets his girl, but then there’s that last shot on the bus – the couple collapse into their “now what?” faces. The future? Who knows. Hopefully no dates. 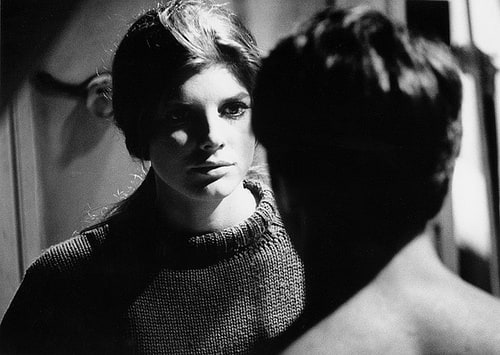 7.7
The Birds (1963)
Oh, to be spontaneous. It’s a romantic, sexy and wonderful thing for most people save for (and this is important here) a weirdly caustic Jessica Tandy, jealous hysterical women and… millions of bloodthirsty birds. In Alfred Hitchcock’s masterpiece, Tippi Hedren's Melanie Daniels is an independent rich girl who dashes off to Bodega Bay in pursuit of the handsome Mitch Brenner (Rod Taylor), lovebirds in tow. Oh… how sweet. Sweet until she comes across all sorts of havoc destined to destroy any weekend getaway, chiefly mother, resentment from every other female character (though there's a strong homoerotic undercurrent in her dealings with Suzanne Pleshette -- she should have dated her) and again, those damn birds. 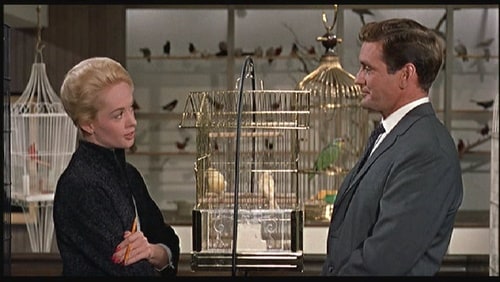 The rapacious beasts are bad enough, surely signaling some kind of end time for not just the town but perhaps, the word, but then, adding to the terror another kind of bird, the women of Bodega hating Melanie Daniels so much they could tear her apart before those crazy birds will. In one of the film’s most telling scenes, a frightened mother blames the bird invasion on Melanie, screaming at her “I think you’re evil! Evil!” Poor Tippi. She just wanted to present some love birds to her crush and this is what she gets? Rod Taylor is one charming fellow, I like him, but Dear Lord, was he worth all of this? 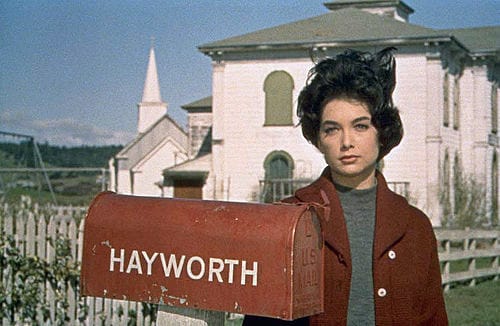 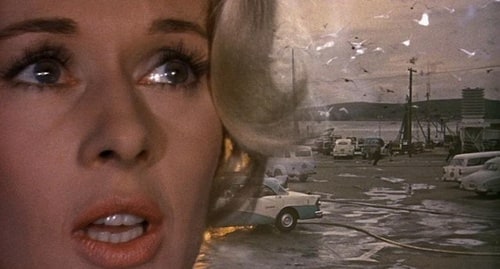 Here are six of my favorite worst dates in movie history (there are many, but I was fond of these six from classic movies we've all seen). Some of them are so spectacularly bad that I'd like to go on one of these dates -- preferably if directed by Martin Scorsese. A break from work for some pie sounds nice. And a Plaster of Paris bagel and cream cheese paperweight does last a lot longer than a heart shaped box of chocolates. 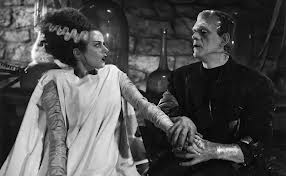 Movies watched in 2017 by Sasa

Look Through This Clear Globe by Kaa

What I love about Cinema Memories ^-^ by SwornShadow

Good movies you may have not heard of by Rent92

Tough Guy Names From our Favorite Movies by blankend