OPEN ALL HOURS
as... ALBERT ARKWRIGHT

MY OLD MAN
as... SAM COBBETT

ANOTHER FINE MESS
as... HARRY NORVEL

ONE MAN'S MEAT
as... ALAN JOYCE

I'LL FLY YOU FOR A QUID
as... EVAN OWEN / GRANDPA OWEN

THIS WAS LATER TURNED INTO THE SERIES OF THE SAME NAME

Arkwright offers advice about lusting for a life outside of the shop door, Nurse Gladys is confronted about spending time with Wesley Cosgrave, and Granville spots something rather eye-catching while on his round. 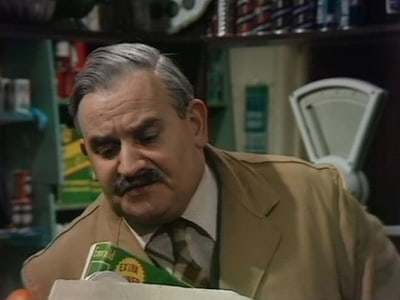 "Oh, heck, have I? I've st-started stuttering in writing now!"

THIS WAS LATER TURNED INTO THE SERIES PORRIDGE

Two prison officers escort a prisoner to Slade Prison on New Year's Eve, McKay goes for help when a van breakdown leaves them stranded, and
Fletcher works on Barrowclough in a bid to get the handcuffs removed. 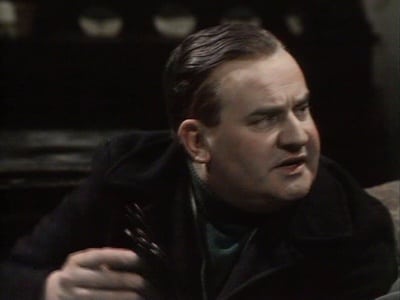 "Er, it must've accidentally fallen out of Mr. Mackay's pocket when he got out of the van."

THIS WAS LATER TURNED INTO AN ITV SERIES STARRING CLIVE DUNN

Demolition forces a retired engine-driver to moves in with his daughter, life in a tower block flat is made worse by her humourless husband, and an uncomfortable trip to the pub leads to a friend he thought was dead. 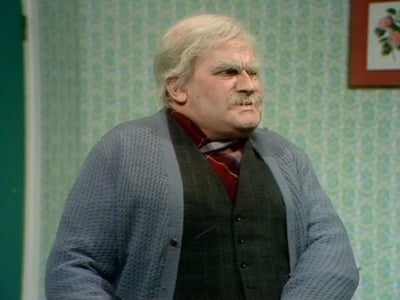 "Expert or no expert, some silly beggar's done your blue room out in green, haven't they?"

A football trainer's wife moans about a lack of passion in their marriage, a string of poor results on the pitch leads to pressure to resign, and the showing of an embarrassing film leads to a crazy next match ultimatum. 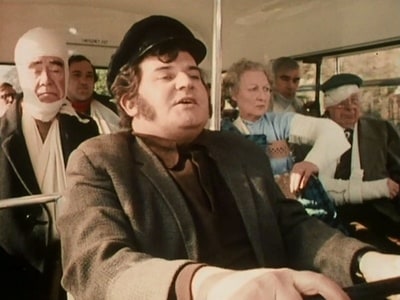 "I dread you lot, you know. It's tempting fate being all dressed up like this all ready for an accident."

Harry finds himself stuck at home when his mother-in-law passes away, Sydney suggests sleeping pills as a way to slip off to a talent night, and helping a lady while dressed as Laurel & Hardy proves to be a mistake. 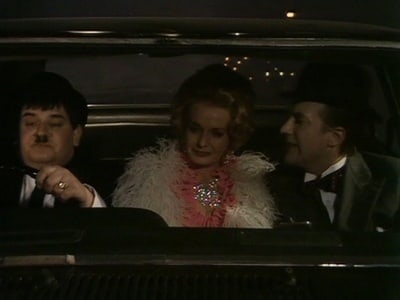 "Is it alright for me to drink while you're driving?"

An overweight man is forced to go on a crash diet by his worried wife, a rush to feed his hunger reveals a total absence of food and trousers, and calls to a Chinese takeaway and the police do little to solve the problem. 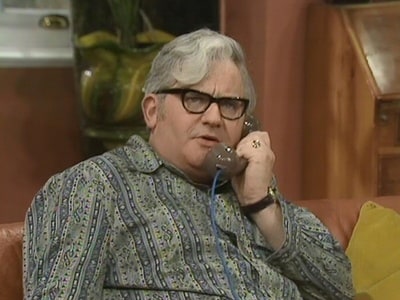 "It's quite a good way of remembering phone numbers, that, isn't it? 'Will anyone who saw the accident please communicate with New Scotland Yard. Telephone number: Whitehall, prawn balls, prawn balls'."

I'LL FLY YOU FOR A QUID

A priest speaks about the gambling epidemic that has gripped his village, a dying man tells of his regret for putting the bookie before his family, and talk of a big win leads to a desperate search for the betting slip. 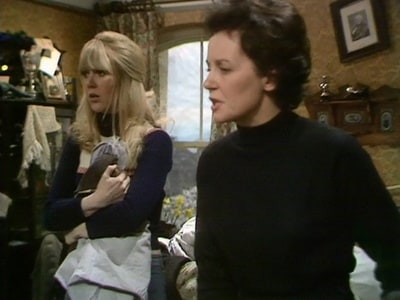 "No respect for the living or the dead. Your grandfather would turn in his grave, if he'd got there yet."

Ronnie Barker shows off his talents in seven very different standalone sitcom episodes. Three of them would go on to be used in bigger projects.

British Romance: The Crimson Petal and the White by Holy Godiva