British Comedy: If You See God, Tell Him

IF YOU SEE GOD,
TELL HIM

A blow on the head causes a car crash that leaves Godfrey paralysed, a tragic holiday in Hamburg forces him to turn to his estranged nephew for help, and the sale of his house leads to a two-month stretch in prison. 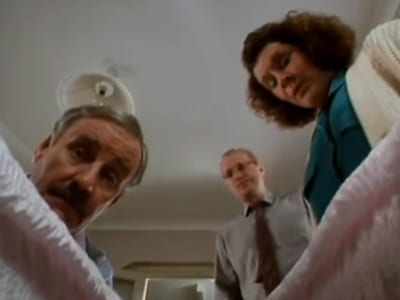 "She looks well otherwise. I mean, apart from being dead. I mean, she looks as if the holiday has done her good. I'll go and make a cup of tea, shall I?"

Godfrey goes out on a date with a woman he met while out in the park, Muriel can only watch as an excavation digger destroys the car, and Gordon hopes that talk of marriage is the light at the end of the tunnel. 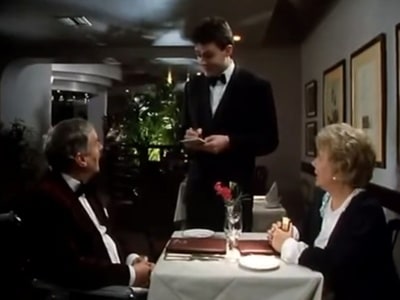 "Sir, this is a Cordon Bleu restaurant, and if you look closely at the menu, you will see that shite is not included."

Godfrey gets his Christmas presents in early with the help of a Flexicard, Gordon and Muriel needs a new suite after the arrival of a kitten, and the police investigate a crime wave led by a Fagan figure in a wheelchair. 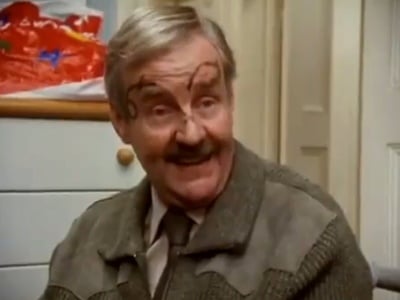 "That's when you know it's time to reach for new soluble Tenstrex with its special fast-acting formula. Since I started taking Tenstrex, I haven't had a single period pain."

Godfrey turns to magazines in the hope of learning some new skills, a desperate attempt to find employment lands him back in hospital, and Gordon and Muriel return from holiday to find their house taken over. 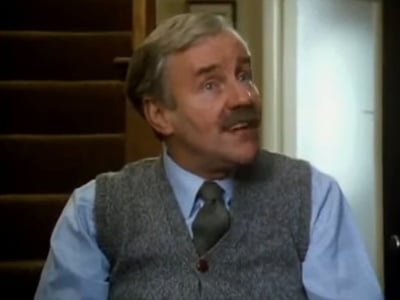 "Or are they the matadors from the Daily Mirror waving a red rag covered in bullshit?" 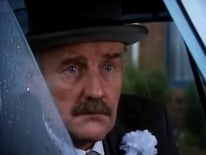 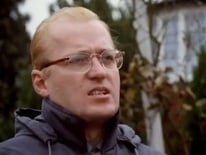 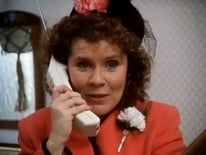 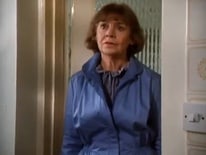 the middle finger pics by ritapita

British Drama: Boys from the Blackstuff by Onion Jack