Paul Calf witnesses a post office robbery while cashing his dead dad's giro, three brothers look for revenge when they break out of prison, and hiding out with a bunch of spiritualists offers a chance of free love. 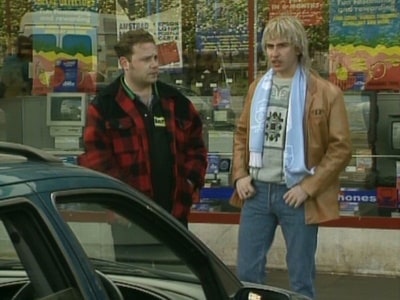 "No, I've had it up to here with everything. Pauline and Grandma, they've got yapping off to a fine art. One breathes in, the other takes over. It's like gobshite tennis."

DEARTH OF A SALESMAN

Gareth Cheeseman arrives at an IT conference hoping to make a big sale, hitting a blank with the ladies means calling on the services of a hooker, and a lack of a decent pen leads to a delay with an important contract. "What's it all about, Douglas? You work every day of your life, except weekends obviously. Then you wake up one morning and you're dead. Makes you think."

HANDYMAN FOR ALL SEASONS

Ernest Moss is horrified at plans to turn the village into a new town, an offer of a job with the development company is firmly rejected, and a dirty tricks campaign leads to doubts about his skills as a handyman. "I have in my hand a spade. We don't call it a digging implement. We don't call it a hand-held earth displacer. We don't even call it a shovel, that's a different kettle of fish altogether. There's a curvature to the blade, and it's primarily designed for shifting, as opposed to digging. Or shovelling."

Mike Crystal tries to persuade a club manager to give him his own night, a last minute letdown sees a brash alter ego take control of the situation, and a compromising photograph is taken of the new agent in town. "And between you and me, my profile is rising..."

Two brothers go on the run 20 years after burning down a television studio, hostages are taken in an effort to reenact a quiz show they lost as boys, and a visit to enlist the help of the original host delivers a surprise. "Just because we burnt down a television studio, killing four people, including our parents, boohoo, doesn't mean we're mad. We only did it once."

The curator of a museum learns that it is to be turned into a steakhouse, the death of his mother gives council the ownership of the building, and a graveside confession reveals thoughts of murdering the customers. 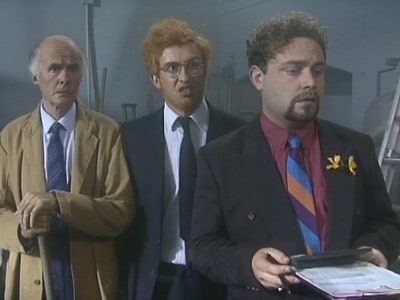 "Has anyone every been haunted by an arse?" 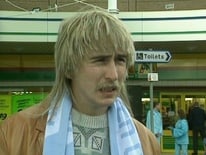 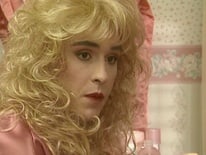 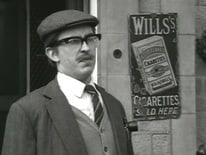 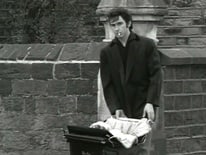 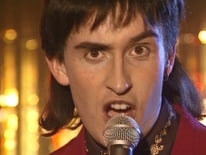 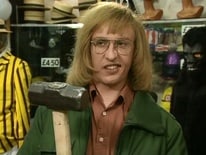 A look at the weird folk who
inhabit the village of Ottle.

Britain's Got Talent: The Lists by Onion Jack