Severely disfigured, Darkman begins a personal vendetta against the crime syndicate of Robert G. Durant, ultimately ridding the city of some of its worst criminals. Darkman fails to qualify as a hero not only because of his motives, but also his vicious and sometimes gruesome tactics.
vanious's rating: 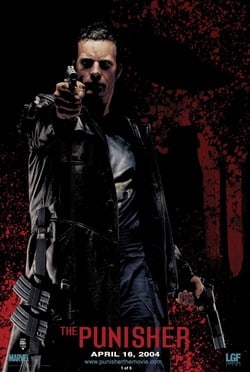 Picture of The Punisher


Left for dead, Frank Castle returns months later to find that no one involved in his family's murder has been brought to justice. In an effort to prove the inadequacy of the law, Frank systematically kills the city's criminals, not out of vengeance, but punishment. Frank may do right by the law abiding citizens, but he guts the criminal underbelly with brutal ferocity.
vanious's rating:


Max was the pride of the Main Force Patrol until a savage band of bikers murder his wife and child. Out for revenge, Max kills each one of them; painfully.
vanious's rating: 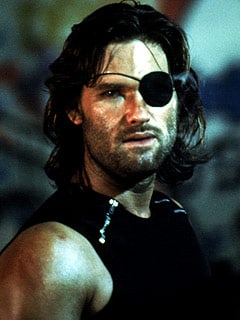 
Ex-special-ops, Snake lost faith in the modern run of society. Living as a criminal he is apprehended by the government of the day and used to extract the President of the United States from the condemned residents of New York.
vanious's rating: 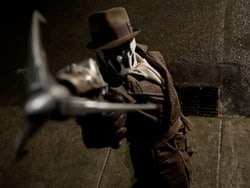 
When Walter Kovacs ceased to be, Rorschach is all that is left. Waging a personal war on crime he savagely kills the corrupt and the pestulent waste of society. No repreive for scum, just a painful death.
vanious's rating: 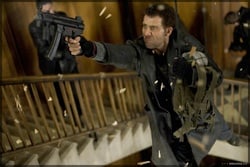 Picture of Shoot 'Em Up


Just trying to go about his day, Smith gets caught up in a conspiracy plot involving the assassination of a newborn infant. Doing everything in his power, Smith keeps the child from harm by killing hundreds of nameless goons. Smith is also rumoured to be the angriest man on the planet.
vanious's rating: 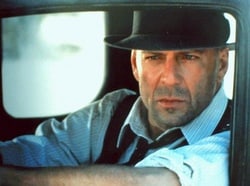 
New-comer to Jericho, John Smith (likely an alias) takes up work as a hired gun for which ever gang will pay the most. Gradually dwindling both sides down, John ultimately frees the town of mob rule, but not before leaving most of its populace dead.
vanious's rating:

Picture of V for Vendetta


Codename V, Operative V, Terrorist V, or as he prefers simply V. V is a survivor of the Holocaust of Britain's totalitarian government. V brings an end to the strong-armed government through his Vendetta against those responsible for the experiments done to him. In a Vendetta, the only verdict is vengeance.
vanious's rating: 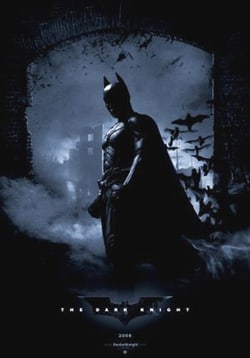 Picture of The Dark Knight


Normally I'd consider batman too heroic to be anti-hero material, but with The Dark Knight we see an edgier Batman. It takes a hero to bring down the Joker, but it takes an anti-hero to drop a mobster off a building to extract information from him.
vanious's rating:

When his son is killed in a gang member's right of passage, Nick Hume seeks out his son's murderer and evens the score. Sparking a vendetta with the gang, his family is put in jeopardy. Nick takes it upon himself to kill the lot of them, partly out of necessity, partly out of revenge.
vanious's rating:


Dwight has a thing for the ladies and there isn't much he won't do for them, including disposing of a cop's body. He's cool and in charge, but his methods are blunt and to the brutal point.
vanious's rating: 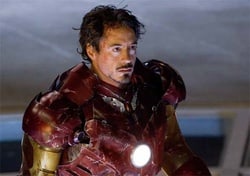 
Billionair, playboy, alcoholic; Tony Stark may moonlight as a one man military but his faults are in constant battle with his virtues.
vanious's rating:

The world's most beloved racer in the Trans-continental Road Race; Frankenstein will stop at nothing to win. Though his motives are just, his determination leads him to fierce acts and his patience has its limits.
vanious's rating: 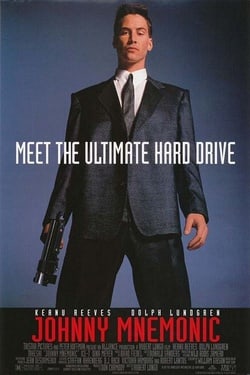 
A data courier, Johnny just wants to get the job done and get paid. Faced with a chance to save the world from a deadly disease, Johnny doesn't want to be a saviour, he just wants room service.
vanious's rating:

Unable to cope with American society's shortcomings and his own failure to achieve a Reagan era American dream, D-fens sets off on a rampage. Lowering prices, demanding customer satisfaction and spending ammo; D-fens rides the line between socially disruptive anti-hero and psychotic villain.
vanious's rating:

When radio personality Erica Bain loses her husband in a brutal attack, she buys herself a gun. First to use for protection, then it becomes about justice, and finally revenge. Erica makes a difference in New York, but runs the risk of becoming part of the city's crime problem herself.
vanious's rating:

Trapped on an island with a group of criminals fighting to be the last one left alive, Conrad seems to be the only one with a sense of justice and the force to survive in spite of it. When trusting others can get you killed Conrad is the right balance between ruthless and intelligent. Strong of will and strong physically.
vanious's rating:

A cop turned bank robber, Andre Stander gives up a chance for the fast lane to promotion when he takes issue with the police department's policies on Aparthide. Realising that a white man can get away with pretty much anything in South Africa, he begins one the greatest crime sprees the country has seen and becomes a folk hero to the unheard masses.
vanious's rating: 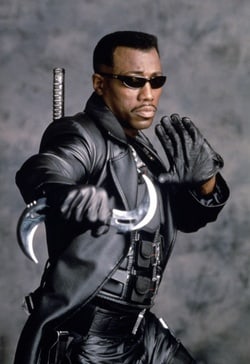 
Not quite vampire, not quite human; Blade lives between worlds. He hunts vampires without remorse, but has no love for the humans he protects in the process. Blade is cold, calculated and just happens to do the right thing.
vanious's rating:

Wolverine is a force of nature; animalistic, vicious, raw. He cares for the X-men, and will ultimately do the right thing, but his approach to every situation is pretty much the same: Cut down everything in his way.
vanious's rating: 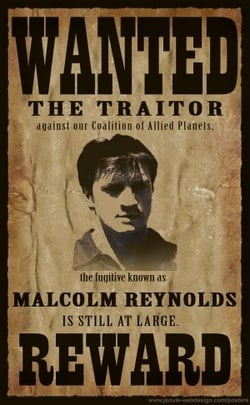 Once a hired assassin, Al Simmons is betrayed by his employer and sent to hell. Making a deal with Malebogia he is granted a new life on earth as Spawn, the general of Hell's armies. He quickly realizes his former life is beyond his grasp; his wife has found a new life with a new husband. With nothing left he turns to revenge and eventually turns on Malebogia himself.
vanious's rating:

Damned to hell upon his eventual death, John uses his time among the living to hunt down demons on earth that threaten the balance between Heaven and Hell. Unable to find salvation, he wastes no time on modesty, piety or politeness; he simply does his job and sends demons back to hell.
vanious's rating: 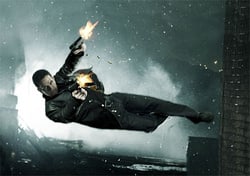 After failing to prevent the brutal murder of his wife and child, Officer Max Payne becomes obsessed with hunting down their killers. Ruining his career and severing his friendships within the precinct, Max's obsession becomes his life. When his investigation finally turns up leads Max takes on what few friends he has left in order to take down an illegal drug ring and avenge his lost family.
vanious's rating:

A collection of cinema's great anti-heroes. Characters who fight evil and ultimately do right, while being totally unheroic themselves.

The Evolution Of Harrison Ford by Michael M

HV Presents: 10 Most Vile Villains of Cinema! by Happy Vader

Greatest Hats of Cinema by Seaworth