How Crap Is It?
It's so crap it helped me come to terms with the fact Santa isn't real. If your kid has trouble learning with the falsity of Santa, show 'em this movie. They won't want to believe in the big fat man anymore. 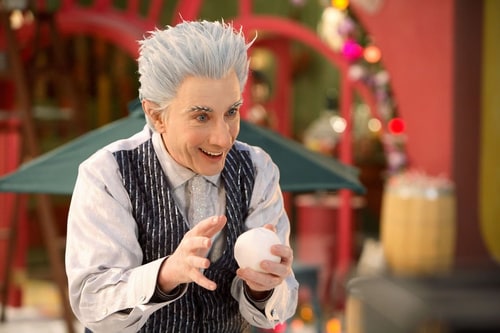 How Crap Is It?
Not even Chevy Chase returned here. You'd think he'd jump at any opportunity to make a few bucks, but this film was made without him. Sheesh...
PvtCaboose91's rating:

2.6
Home Alone 4 (2002)
To Touch Base...
Home Alone has become a very profitable franchise. The first movie was great. The second merely enjoyable. The third is also on this list. And now, number 4 has a proud spot near the top of the list. There are a lot of returning characters in #4, but all were played by new actors. The series continuity makes no sense with this film. Kevin is never home alone at all here. Kevin only rigs one booby trap, too...

How Crap Is It?
It couldn't even score enough ratings when it was aired to justify a TV series which was initially planned... 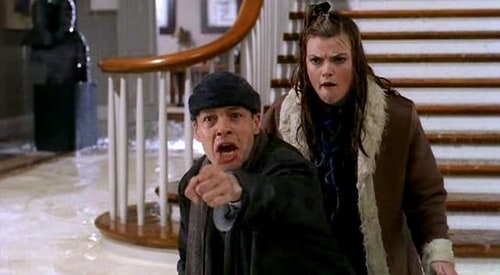 "You better give us a damn good paycheck for suffering through this humiliation!!"
PvtCaboose91's rating:

2.6
Santa with Muscles (1996)
To Touch Base...
Before the likes of Dwayne Johnson and Steve Austin began their acting career, professional wrestler Hulk Hogan also tried his hand at acting. He's a far, far worse thespian than any other wrestler. And Santa with Muscles is a Christmas comedy featuring Hulk Hogan. Yeah...

How Crap Is It?
So crap it opened in a scant 98 theatres across America and earned a total of $220,000 during its theatrical run. Now it has faded into obscurity and the majority of the world's population are blissfully unaware of its existence. Thank Christ. 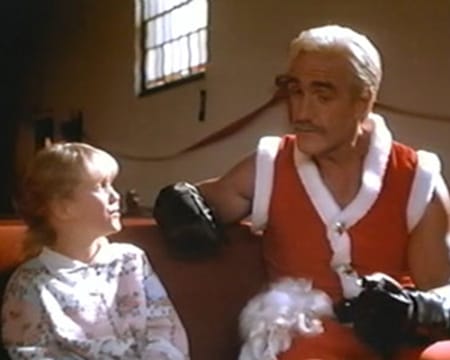 "All I want for Christmas is for my name to be removed from the credits!"
PvtCaboose91's rating:

5.5
Surviving Christmas (2004)
To Touch Base...
Ah, nothing like a Christmas movie that's released a few days before Halloween. That pretty much indicates the abominable quality of the movie within. It also has Ben Affleck in the title role. Christina Applegate is in there too. Four writers are credited - two of which come from writing television sitcoms, and the other two wrote Josie and the Pussycats and A Very Brady Sequel. Are you bored yet?

How Crap Is It?
It's so crap and utterly humour-free that I had to break my strict diet (which I have sustained for 10 months) to devour some junk food so I could just get through the movie. 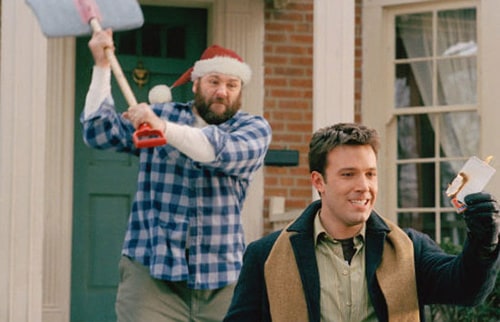 5.4
Christmas with the Kranks
To Touch Base...
Has Tim Allen ever been in a good movie aside from Galaxy Quest? Ever? That mugging, one-note performance is strictly for television, Tim, it doesn't serve you well here. And did I mention an aging, stale Jamie Lee Curtis stars in the film too? And it's directed by the chairman of Revolution Studios and a purveyor of shit? This feels like the work of the fucking Grinch.

How Crap Is It?
Well, I'd forgotten every plot point and "laugh" moment merely a week after viewing it. One year on, I figured I should revisit so I could churn out a new review with the film fresh in my mind. Yet, I was still astounded at how appalling it was. I'd forgotten that the message it sends to the movie-going public was "be a conformist! Give into peer pressure!" Lovely. 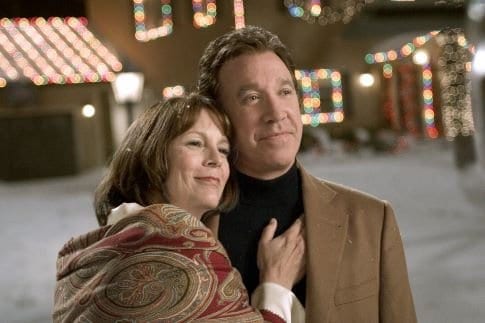 5.6
Jingle All the Way (1996)
To Touch Base...
Hey, look, it's Arnold Schwarzenegger on the poster! Oh, wait...he's...in a PG-rated Christmas movie for the kids? Isn't that the sign of the apocalypse?

How Crap Is It?
It's so crap that after revisiting this movie, I felt so guilty for going against my better judgement and had to indulge in a marathon of Commando, Predator, Total Recall, True Lies and The Running Man. Even after that, I was still haunted by the image of Arnie doing bumbling antics in this abysmal Christmas movie... 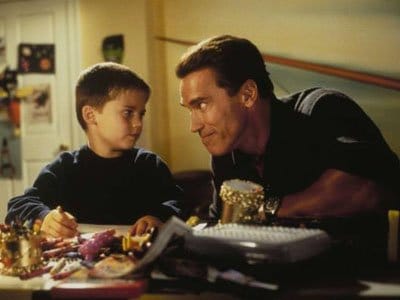 "I used to be a famous, much-loved and respected action star, you know!"
PvtCaboose91's rating:

5
Deck the Halls (2006)
To Touch Base...
Danny DeVito and Matthew Broderick together in a Christmas comedy. Okay, you could make a good movie from that pair-up... too bad they didn't. What's so bad about it, asks yee? Well for starters it's unrealistic beyond words. None of the characters act like real humans. The characters are also unlikeable. The gags are predictable. The message is hackneyed. It's just paint-by-numbers filmmaking which leaves the producers laughing all the way to the bank.

How Crap Is It?
It's so crap it almost put me off watching Ferris Bueller again. No...seriously! Broderick was embarrassing in this! 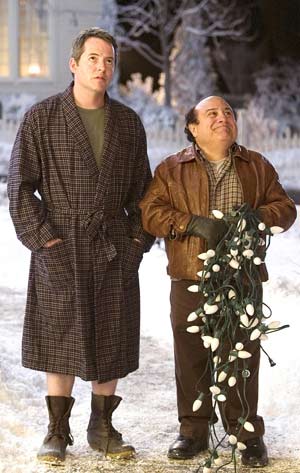 5.6
The Santa Clause 2 (2002)
To Touch Base...
Are you aware of how the Hollywood studio system works? If not, here's a crash course: if there's a family-friendly hit on the back catalogue, make a sequel! Oh, but don't forget seminal rule #1 pertaining to sequels: it doesn't matter about the quality!! Thus, here we have The Santa Clause 2. It's horrible. It's soulless. It's cyanide in cinematic form.

How Crap Is It?
I put the question to you: how crap must a movie be if the only moment that's even remotely amusing is a guy describing noise at the North Pole as sounding like "tiny hammers"? 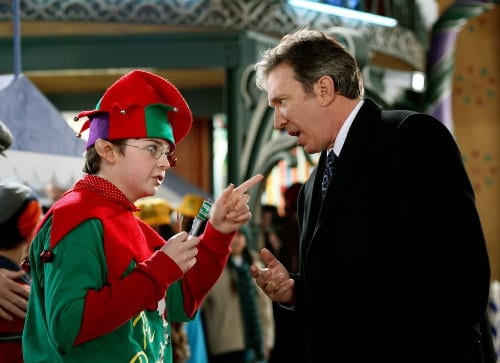 "Okay, okay. This is the last time I take career advice from the Grinch, I promise" (he says with his other hand behind his back with fingers crossed)
PvtCaboose91's rating:

6.6
The Polar Express (2004)
To Touch Base...
Thus begins Robert Zemeckis' obsession with motion capture and CGI animation. The Polar Express assumes itself as the latest Christmas movie gem without earning the title. The animation is so-so at best (the movements are unbelievably clunky, the characters are soulless), the corniness is overwhelming, the Hollywoodisation of the whole enterprise is out-of-place. As a whole, it feels like an experimental gimmick - an unsuccessful one at that.

How Crap Is It?
Made me wonder if Zemeckis was really the guy behind Forrest Gump and Romancing the Stone. 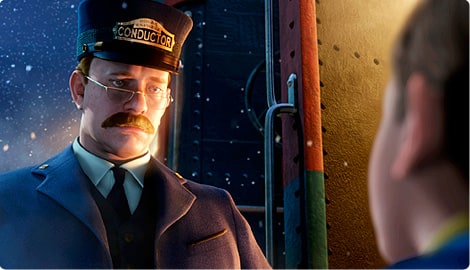 "This is called your first flop, son. You'll get a lot of these in your film career."
PvtCaboose91's rating:

5.7
Four Christmases (2008)
To Touch Base...
Look at this cast! Vince Vaughn, Reese Witherspoon, Jon Voight, Mary Steenburgen! It's the most interesting and intriguing cast I've stumbled across for a Christmas movie. So, uh, too bad it sucks. It's an 85-minute black hole from which no joy or laughs can escape. It's dreadful.

How Crap Is It?
I watched the film after enduring Surviving Christmas and Fred Claus in the two preceding days. After watching Four Christmases, I felt more inclined to renounce the holiday rather than celebrate it. 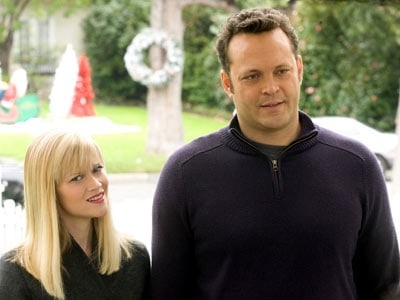 "We're sorry - we did it for the paycheck."
PvtCaboose91's rating:

5.6
Fred Claus (2007)
To Touch Base...
Yeah, I can buy the premise of Santa having a brother. I can also buy Vince Vaughn headlining a Christmas movie. He's an ace comic actor. What I can't buy is the saccharine-coated sentiment, a tragic deficiency of laughs, uneven special effects, a glaringly predictable plot and unimaginative pratfalls. The result is just ghastly.

How Crap Is It?
I got so bored during the movie that, just to get a bit of fun out of it, I started predicting plot points to a friend on MSN and watching as my predictions came true. 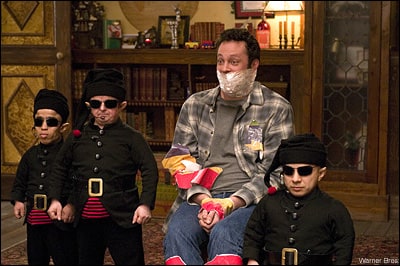 5.8
Reindeer Games (2000)
To Touch Base...
Okay, so this film isn't really much of a Christmas movie, but it's set at Christmas so be quiet.
Anyway, this is an action film with Ben Affleck. Yeah. Ben Affleck. Already bored?
It's a predictable, nonsensical, and poorly written. I couldn't find it very entertaining. Poor John Frankenheimer.

How Crap Is It?
It's so crap I had forgotten than this was set at Christmas. Yeah, that's how easily forgettable it is. 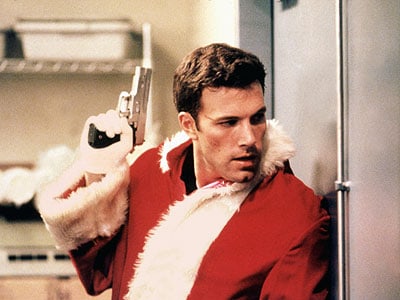 "Now, where are the screenwriters?"
PvtCaboose91's rating:

2.9
Jaws: The Revenge (1987)
To Touch Base...
Get this... A Great White Shark has descended from sharks that the protagonists killed in previous instalments, and wants revenge on the Brody family. An animal with a brain the size of an apple telepathically finds out who's killing its family, and seeks revenge... Did an 8-year-old write this?
Since it's set at Christmas, it qualifies as a Christmas movie... Just barely.

How Crap Is It?
It's so crap that it's usually regarded as an unintentional comedy. But oh well, it's at least funnier than most of the Christmas comedies on this list. 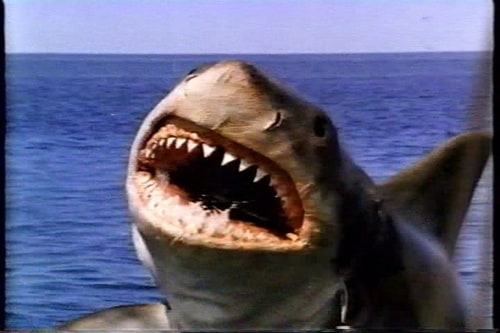 "Give us a kiss... I can't bite you with these terribly fake rubber teeth, no need to worry."
PvtCaboose91's rating:

6.9
The Holiday (2006)
To Touch Base...
This romantic comedy set at Christmas runs for 140 minutes. You read that right. It takes 140 minutes for this crap to unfold on screen. It's too middling and forgettable.

How Crap Is It?
It's so crap I once got in a verbal argument with two girls about it. And didn't feel guilty about my unwavering stance. 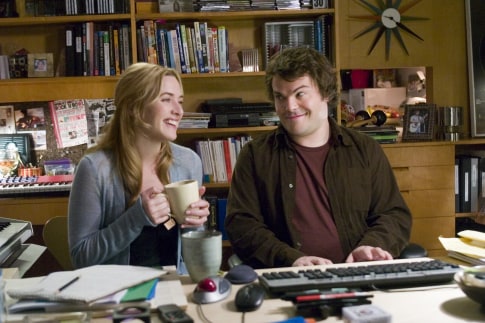 "I just farted. How's that for Christmas spirit?"
PvtCaboose91's rating:

4.4
Home Alone 3 (1997)
To Touch Base...
Ah, Home Alone. Who doesn't love that movie?
Unfortunately, this third movie is a classic case of a studio reworking a screenplay to fit into a franchise. It's stale entertainment.

How Crap Is It?
It's so crap that even Macaulay Culkin was smart enough not to go near it. 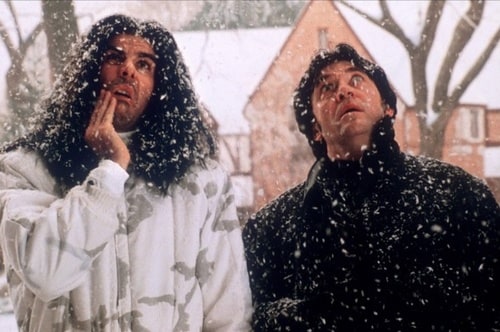 (Even the actors had a hard time watching the movie at the premiere)
PvtCaboose91's rating:

Christmas is a time of many traditions. You got the tree, the cake, the cookies, the lights...and, of course, the dreadful Christmas movie offering. After all, that Christmas would be complete without a cinematic raping courtesy of Hollywood? Avoid these titles like the plague and seek out the good ones.

The best comebacks in motion picture history by johanlefourbe

50 Most Depressing Happy Endings by Bella

Films Roger Ebert liked that everyone else dislike by AVPGuyver21

Iraq, Afghanistan and The War on Terror by Phil_Sump

How I became a cinephile by Petri

The Evolution of David Duchovny by Lex