Known as Sokushunbutsu by the Japanese, this refers to two dozen Japanese Buddhist priests who successfully mummified themselves. This process takes years, starting with a diet and exercise routine that burns up all body fat. They purged themselves even further by using poison to give themselves diarrhea and to induce vomiting. Once this is accomplished, the priest would lie in a lotus position in a sealed tomb with only a tube to allow him to breathe and a bell to ring to let others know he was still alive. When outsiders no longer heard the bell, they would remove the tube and seal the tomb for 1,000 days. After this, they would check on the mummification process. If the priest was successful, his body was removed and put into the temple for viewing. If not, they were still admired and revered for at least trying. This practice is now non-existent in Japan and is prohibited. 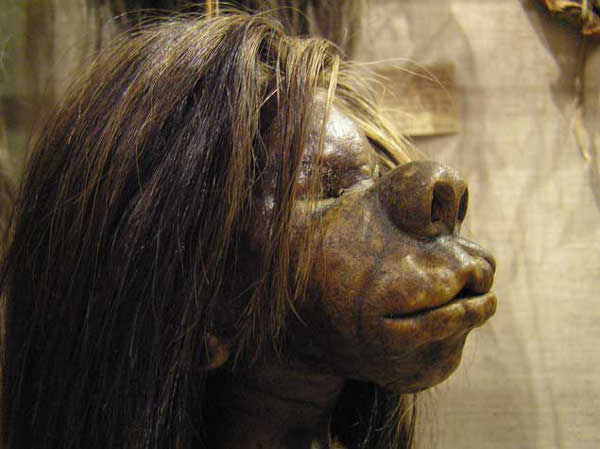 From movies, books, and even video games, most of us are familiar with the practice of head shrinking. It originated from indigenous peoples in Melanesia, the Amazon Basin, Ecuador, and Peru. Often this was used for trade purposes, as a trophy, or part of a ritual. Originally, head shrinking held religious importance, believing that shrinking the head of one’s enemy would harness their spirit and force them to serve the holder. It was said to prevent the spirit from exacting their revenge.

To make a shrunken head, you must first remove the skin off of the skull. (It’s not like the person is ever going to need it again.) The eyes are sewn shut after inserting red seeds behind the eyes. The mouth is pinned closed. (Don’t want the head to talk, you know.) A ball is inserted into the head to keep its shape. It is then boiled, rubbed dry, and molded to keep its human resemblance. Decorative beads are added for decoration.

Shrunken heads were a lucrative trade product. Heads would be traded for guns by some tribes. This, of course, increased the death rate in order to meet such a high demand. This practice was later stopped and became illegal in the United States. As a result, replicated heads are made of leather and animal hides for the tourist trade. 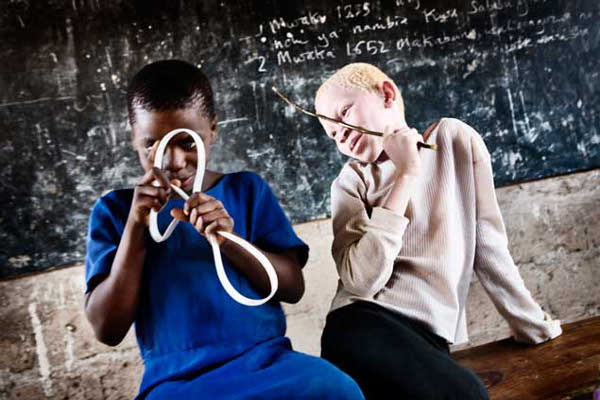 If you are an albino, you might not want to visit Tanzania any time soon. The 20,000 albinos, in a population of 40 million, lived in fear for their lives in September, 2008 because of 30 vicious murders. Albinos were murdered and found hacked to pieces. Their body parts were sold to users of witchcraft, especially those involved in the mining and fishing industries. They believed these body parts, such as arms, legs, genitals, hair, and skin would enrich them.

Originally, albino babies would be taken and killed by midwives, telling the mothers their babies were stillborn. Lacking skin pigmentation in their skin and eyes would cause other African societies to shun them, believing the albinos to be bad luck or involved in witchcraft. The trade has spread to Tanzania’s borders, supplying the high demand for albino body parts. Eastern Burundi officials had reported the fleeing of 24 albinos, leaving their villages to go into other towns for fear of their lives. 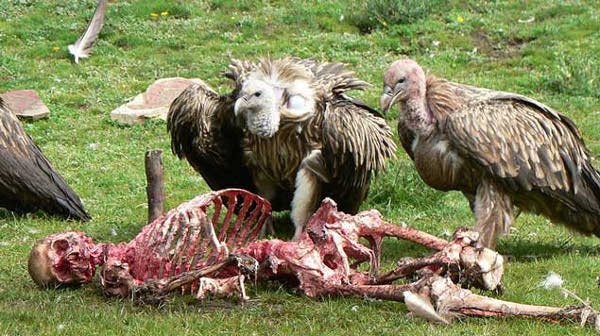 Hate the idea of being worm food when you die? Excarnation is the burial practice of removing the organs and flesh of the dead, leaving only the bones. Adopted by some societies, this may be done naturally by allowing animals to eat the body or by butchering the body by hand. After the process is completed, some cultures would take the bones, putting them in a special container in which they would be buried.

Archaeologists have found evidence of excarnation in earlier times such as Protohistoric times and the Middle Ages. Small bones found around different settlements make them believe excarnation was widely spread. In the Middle Ages, defleshing was used as a mortuary procedure used primarily to transport human remains over long distances. Used only by nobility, the procedure involved removing muscles, organs, and the skin from the body, detaching the arms, legs, and head. This would leave the only the bones for transport.

Dishonoring your family, clan, or community can be deadly. In many cultures, a woman can bring dishonor or shame to her family by refusing an arranged marriage, adultery, and even by the clothes she wears. This will result in her death at the hands of her family. In some countries, homosexuality is also grounds for honor killings. Considered a special form of domestic violence, Europe has set up special training and programs to protect young women and girls from honor killings. Men and women have been killed in order for their families and communities to “save face”.

Reminiscent of the tragic ending of Romeo and Juliet, Sati is described as a type of self-sacrifice. Generally, it is the widow who voluntarily throws herself upon her late husband’s pyre. You would think she would choose a less painful way to show her love and dedication.

This act often emphasized the marriage between a man and his wife. Instead of mourning clothes, many would wear their marriage clothes, sometimes re-enacting their wedding, beforehand. The Sati ritual is usually committed by the widow jumping on their dead husband’s funeral pyre. It is believed that doing this will guarantee the wife will join her mate in heaven. Either way, on most accounts, the Sati ritual is considered to be voluntary, although it has been said to be contrary in some circumstances. 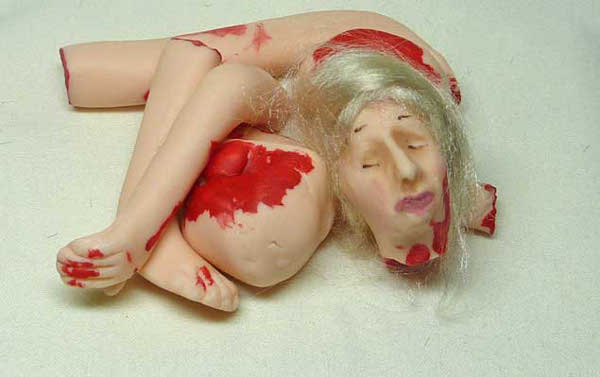 If you are worried the dead will come back to haunt you, pay attention to this one! Maschalismos is the practice of physically preventing the dead from rising up or haunting anyone as the undead. One method to keep murder victims from rising and exacting their revenge upon their killers was to cut off the feet, hands, nose, ears, etc from the body and tie them to the armpits.

The term has widened to include the customs of different cultures all around the world to prevent the dead from taking their revenge against the living. Suicides, in Europe, were buried, vampiric style, with a stake in the heart, buried upside down, or the head is cut off and placed between the legs. In many parts of Britain and the continent, it is still practiced to tie the feet or toes together of the dead. A tribe of American Indians would cut the soles of the feet of lightning victims. 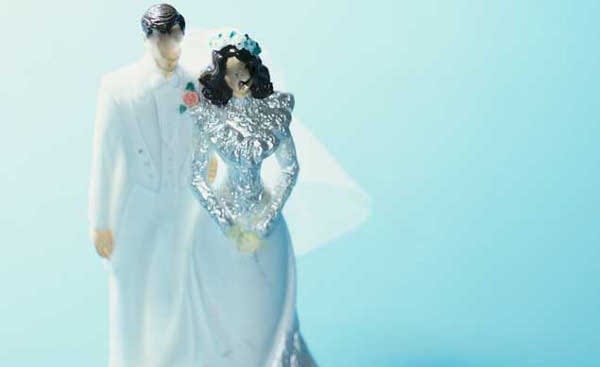 A ghost marriage, in Chinese traditions, is where one or both parties are dead. The origins of the Chinese ghost marriage is unknown but is still practiced today. It was normally arranged by the family of the deceased for various reasons, such as to make sure the oldest brother is married before his younger siblings, to see that the family line is continued, or to marry an engaged couple when the bride or groom dies prematurely.

A ghost marriage is commonly used in Chinese tradition to ensure that an unmarried daughter does not bring shame upon her family by remaining single. Traditionally, such daughters were considered a threat to the family and could no longer live at home. Ghost marriages are much a part of Chinese tradition. For whatever the reason, this practice still occurs today. Isn‘t till death do us part enough anymore? 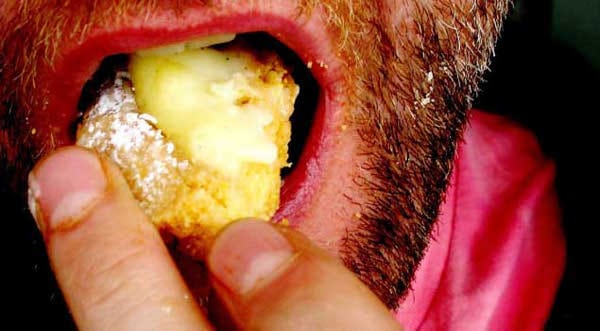 Never mind the priest, use a sin-eater! Sin-eating is said to be used to remove the sin from a dying person by eating food from the dead body, absolving the person of all transgressions. Traditionally, the act is performed by a beggar, who would be taken to the dying person’s bedside. After performing a ritual or saying a prayer, food and drink would be put on the body. The food and drink would be digested by the sin-eater, along with the sins of the dying. This is said to give the sinner peace. So, what happens when the sin-eater dies? Does he go to hell for all the sins he ate?

Uncommon nowadays, the practice of binding books with human skin goes back to the 17th century. Such preserved examples of this procedure include anatomy tomes, bound with the skin of corpses and volumes of books requested to be covered with the testor’s skin. Another example are copies of court proceedings, covered in the convicted murderer’s skin.

Anthropodermic bibliopegy is commonly seen in horror films and books. The Pillow Book, 1996 movie by Peter Greenaway, has a scene in which a writer’s body is exhumed, his skin is written on, and tanned to bind a book. The Evil Dead series, created by Sam Rami, also includes scenes of books bound in human skin.

Though there are a few legitimate examples of this procedure, many others are considered to be urban myth. Anyway, seems like a good way to immortalize yourself, don’t you think?

For ages, people have always had a fascination with the dark side of life. We are surrounded by it. From movies to reality shows to video games, we see the practices and customs that would repel and sicken many. For some, it’s not just a fascination. Delve into the darkness of what many consider a part of their culture. Whether it is a part of their religious beliefs or exists as part of a tradition, many still practice what we would consider to be twisted. Here is a list of 10 macabre practices and customs.

Awesome Castles You Should See by Milena

Famous people from Arkansas by JPHOLT

10 Facts About the Great Beast Aleister Crowley by Katherine Fall