211 votes
The Most Iconic Images in Cinema History (128 items)
list by propelas
Published 9 years, 1 month ago 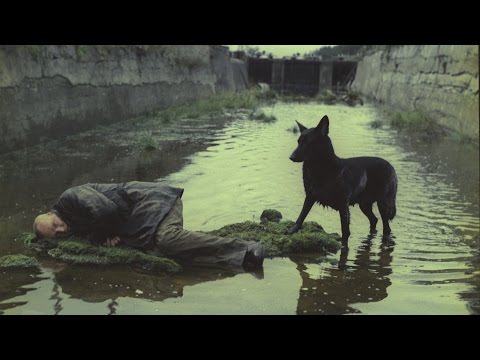 Happy Vader
3 votes
There are four ways to make a film as powerful and memorable as Stalker: 1) Minimal, but well-use, of dialogue and monologues, 2) The film should be clouded by an atmosphere of immense power and tranquility, 3) Explain nothing, but show everything and anything you possibly can. Let your thinking flow from your brain to the camera and 4) Have Andrei Tarkovsky on one's team. With the exception of th... read more

youngbloods
2 votes
Look I found this film overrated, all the fuss about it being brilliant, yeah whatever this film is pretty boring and I can think of about a billion other films better than this that have a lower all around rating. Couldn't keep my eyes open it was that boring. Don't bother to watch this unless you have run out of sleeping pills.

Juancho voted for a review of Stalker 1 week, 4 days ago

bendo888 voted for an image 1 month ago

CarminaX added this to a list 7 months, 1 week ago
My Favourite Movies (295 movies items)

johanlefourbe added this to a list 7 months, 1 week ago

JxSxPx added this to a list 7 months, 2 weeks ago

"A rough-hewn hired guide brings two intellectuals to a forbidden, possibly radioactive Russian territory called “The Zone.” Over the course of a single day, the men traipse around an overgrown, abandoned structure, and eventually enter a room that’s believed to have the power to satisfy someone’s deepest wish. It’s the reverence and trepidation of the visitors that imbues the space with magic — much as Andrei Tarkovsky’s movie camera can make a flowing brook, a bird flying overhead"

“Of course, after watching more than 6000 movies, I had to watch a movie directed by Andrei Tarkovsky at some point, especially since the guy has such a stellar reputation. Well, according to IMDb, it is his best movie, so I guess it was a good place to start. However, to be honest, even though I expected it, it still turned out to be a rather challenging movie. I mean, basically, it is about three guys wandering for almost 3 hours in a place called the ‘Zone’ and, even though it does sound like a science-fiction feature, there was nothing really futuristic about this place. Of course, the fans of this movie in particular and in Tarkovsky in general would argue that this movie went just way beyond being a simple SF feature and they would be right. However, I’m afraid I was not smart” read more

scouser added this to a list 8 months, 2 weeks ago
Best Films Watched in Theaters (68 movies items)

johanlefourbe added this to a list 9 months, 4 weeks ago
My Queue (403 movies items)

Alvacka posted a review 10 months ago

Texal added this to a list 11 months, 1 week ago
Nothillers (overrated and overthinking thillers) (77 movies items)

JxSxPx added this to a list 1 year, 2 months ago

"Subscribing to the belief that the eyes are the windows to the soul, Andrei Tarkovsky locates Stalker’s spiritual center in his protagonists’ weathered countenances. One of cinema’s greatest portraitists, he offers up a gallery of masterful close-ups: some dipped in sepia-toned bronzes; others cast in the harsh light of a cloudy morning; several obscured by dank, dark shadows. No two alike and all stunning in their formal composition and expressiveness, Tarkovsky’s visages—from the lar"

milica added this to a list 1 year, 5 months ago
My Favorite Movies of the 70s (172 movies items)

sdepy83 added this to a list 1 year, 6 months ago
Contemplative/Unspoken Movies (990 movies items)

Fernando Leonel Alba added this to a list 1 year, 6 months ago
Plan to watch (163 movies items)