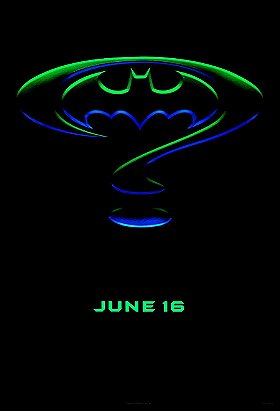 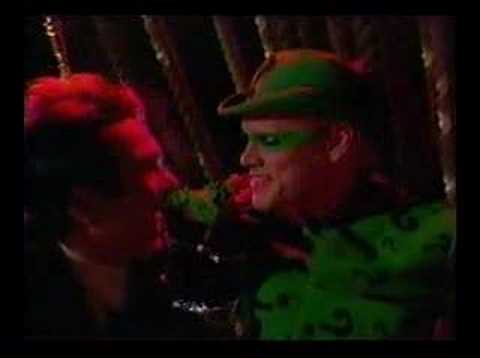 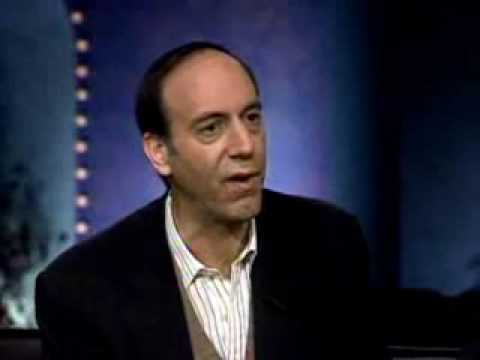 jasoncarulli
2 votes
Well its not the worst installment of the Batman series, but its close. With all the star power, not even the maniacal comedy of Jim Carrey could resurrect this film. It's a shame that adding Robin to the equation made the film as bad as it did.

A sudden plummet downwards in quality...

PvtCaboose91
2 votes
"Riddle me this, riddle me that, who's afraid of the big, black bat?"

The Batman franchise was clouded in uncertainty when director Tim Burton gracefully stepped away from helming the third instalment. Due to loyalty and creative issues, Michael Keaton also opted not to return as Bruce Wayne/Batman. Instead, a new creative team was brought into the picture. Leading this creative tea... read more

johanlefourbe
2 votes
Apparently, Tim Burton was actually planning to make a third Batman picture but it seems that the studio got worried that his movies were getting darker and darker so they went for another director and this movie was the end-result. Eventually, even though it turned out to be another box-office success for this franchise, I didn't like it much, I'm afraid. Basically, the biggest change was in the ... read more
View all Batman Forever reviews

Agent Kermit D. Fonz added this to a list 1 day, 7 hours ago

" Riddle me this, riddle that. Who watches the big black bat? Lots of people, did. As Gotham City, has two new villains to deal with. Two Face and The Riddler, played by Jim Carrey and Tommy Lee Jones, with Val Kilmer as Batman and Bruce Wayne, and Chris O’Donnell as Robin and Dick Grayson. Considerably, more quirkier and over the top than the previous movies, style and visuals became the high points of Batman Forever and it’s sequel. And how many toys, they can sell. Critics felt that t"

metalwebhead62 added this to a list 3 weeks, 2 days ago
Superheroes: The Essentials & Best Of... (47 movies items) 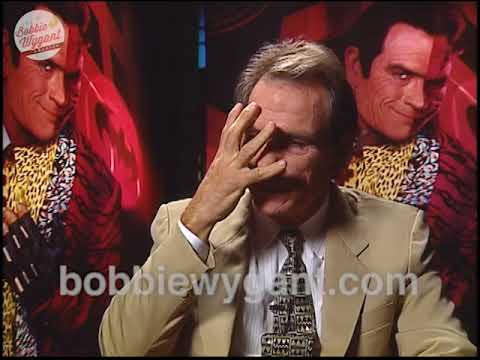 Agent Kermit D. Fonz voted for an image 3 months ago

" Arkham Asylum, Gotham City, New York Located outside Gotham City, it’s an infamous asylum for the criminally insane. Why you wouldn’t want to visit: It is probably the most infamous place in the Gotham City. If there is anything that the criminals of Gotham city fear more than the Dark Knight, then it is the Arkham Asylum. Although it claims to be a psychiatric hospital, the asylum is even worse than a prison. It houses the most criminally insane patients."

henrik4075 voted for an image 7 months ago

Fast and funny, if rather hit and miss

“I thoroughly enjoyed the first two Batman movies, and although Tim Burton didn't return and replaced by Joel Schummacher I decided to give Batman Forever a chance. The film isn't as good or as dark as the first two films, but it is a huge improvement over Batman and Robin, the less said about that film the better. Anyway, this film is quite possibly the fastest and the funniest of the series, but despite all this there are some hit and miss elements. Chris O'Donnell is annoying and lifeless as Robin, the script has its weak spots despite some terrific lines from Jim Carrey and while Nicole Kidman was bearable, her character could have been written better. However, it is stylishly filmed with Oscar-nominated photography and excellent special effects, the direction is surprisingly more effic” read more

Stehako added this to a list 10 months, 3 weeks ago
Iconic Dresses of Cinema: Black (34 movies items)

“In hindsight, this is actually an entertaining version of Batman. It isn't perfect but it is very watchable with it's Gotham / Las Vegas light show always going on in the background. Val Kilmer is a younger, more handsome Batman.  Jim Carrey gets a bit annoying as Riddler and Chris O'donnell's presence as Robin seems awkward upon first viewing this one.  In the later scenes it is actually nice for Batman to have someone to talk to as he goes into battle.  I do like the more kid friendly approach in contrast to Batman Returns, where the Penguin was just one of the worst things put on film.  But it's also a bit jolting to have rubber butts and prominent nipples taking up camera shots when Batman changes costume.  That is undeniably weird, but at least Schumacher gets on with the actio” read more

BradWesley123 added this to a list 1 year, 9 months ago

jordanwiles94 added this to a list 1 year, 11 months ago
Worst CGI in movies (22 movies items)

Phoenix Feather added this to a list 2 years ago

Agent Kermit D. Fonz added this to a list 2 years, 3 months ago
Held Over! Movie Ads In Newspapers (98 movies items)

Stehako added this to a list 2 years, 4 months ago

Lord Ding added this to a list 2 years, 5 months ago

jim222001 added this to a list 2 years, 6 months ago
The Most Disappointing Sequels and Prequels (30 movies items)