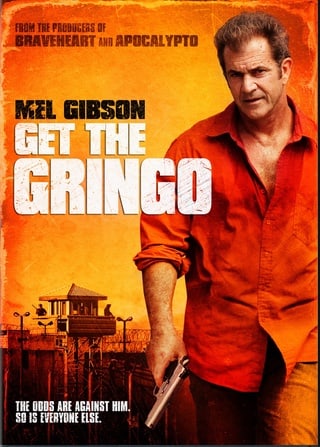 The odds are against him. So is everyone else.

• Decent writing. Nothing great, but good for what it is.
• Some decent action.
• Mel Gibson. He may be a nutcase, but I still enjoy his work.
• The kid. Good acting by Kevin Hernandez.
• Grimy setting.
• Narration. Always been a sucker for narration for some reason.

• N/A. Can't really think of anything I didn't like.

Sure, if you like a bit of action, with a decent story to hold it together. Not "must see" material though.
Grisly Atoms's rating: 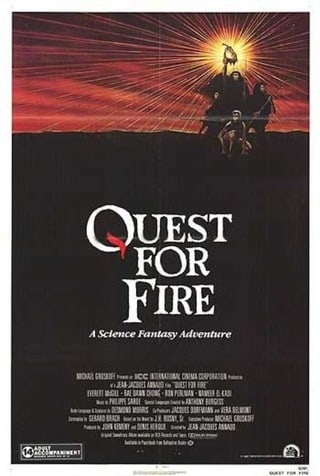 • The concept of keeping the fire alive. We take it for granted now, but fire was likely a precious commodity in the days before people carried fire in their pockets (lighters).
• No real talking. Mostly grunts and unintelligible languages. Leaves the viewer to interpret them.
• Actors/actresses perseverance. Apparently McGill, and Perlman even suffered from frostbite. I can't imagine being mostly naked, out in the cold, wet wilderness, and suffering from frostbite, just for the sake of making a film. I respect that. Not to mention those teeth they had to wear. Must have been unpleasant to wear them for long periods of time.
• Occasionally nice cinematography/scenery.
• Main ape man gets his junk gnawed on by another ape man. Wait... Did that just happen? It's not so much that I like this scene, or the idea, it was just unexpected, which I enjoy.

• Amoukar (Perlman) throwing a torch at the wolves in the beginning of the film. You can see one of the wolves actually catch fire, where he is struck by the flaming torch. Poor dog. I'm not down with recklessness, and hurting animals, even if it adds realism.
• Mammoth befriending scene. It's kind of ridiculous, and obviously has no basis in fact.
• The few sex scenes were probably unnecessary, though I suppose some would argue they aren't. I'm pretty sure we all know how they had sex. We still do it pretty much the same ways. But we also know that sex sells.

Yes, if you enjoy a good fantasy flick. I would approach this as if it were straight fantasy. A lot of it is probably based in fact, but a lot isn't either. 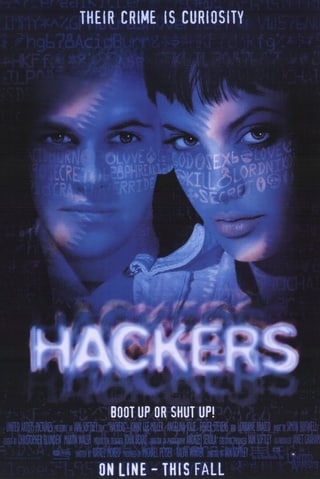 Their crime is curiosity

• The brief "circuit city" intro. Even with the electronic dance music.
• Cereal's DK (Dead Kennedys) shirt.
• Has some style, even if that style isn't quite my cup of tea.

• Just tries too hard to be hip/cool, and ends up failing miserably.
• Makes hacking look incredibly lame/ridiculous. Maybe it is? I'm not a hacker, I don't know.
• Pretty much every character in this is laughable.
• Kate (Jolie) looks like a Vulcan.
• Kate's lame attempt at "graffiti" lettering on the chalkboard, which itself was a lame attempt to look cool.
• Cereal (lillard). Something about him makes me want to hit him in every scene he's in.
• The "lingo" used in this movie sounds unnatural coming out of the actor's mouths. It's fairly evident that none of them has a clue what they are saying.
• The way the hacking is visually represented.
• How they portray hacking as some cool thing that kids did in the mid 90s. I don't think that ever happened. Or at least I'm pretty sure it wasn't as popular/cool as they portray it.
• FBI Agent Dick doesn't understand the sentence "uncorrupted hard drive". Really?
• Love, Sex, Secret, and God, the four most common passwords? Really?
• "The Plague" and Margo talk rather loudly about their little terrorist scheme, in their workplace, which is bustling. Do they really think that's a good idea?
• "The Plague" rides by on his skateboard, and grabs the disk out of Dade's hand, in the exchange. What the shit? Really?

Meh. Hackers just tries a little too hard to be hip for me, personally, and I felt myself just wanting to punch everyone on screen. That doesn't make for a pleasant viewing experience, for me. I have a feeling it would fall into the guilty pleasure category for a lot of people though, so you should probably at least give it a chance.

I will probably watch this again sometime. I'm sure I can find at least a few more things to like about it. Perhaps I was just in a crappy mood when I watched it. 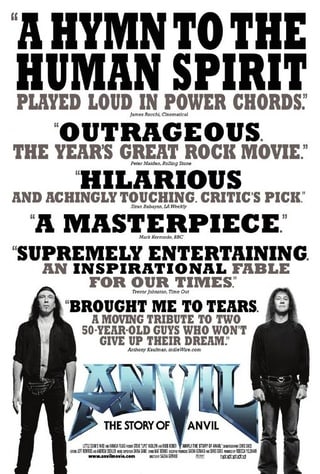 A melancholy story that doesn't really have a happy ending. I, myself, appreciate Anvil, because they are Canadian, and they had a hand in shaping thrash metal. This documentary explores why Anvil never really got the recognition that many feel they deserve, and also tries to rectify that a bit. As it stands though, Anvil are no more than a footnote in the annals of metal.

I, personally, think their problem lies in their generic sound, and lack of any outstanding talent, plus the fact that they have always managed themselves, even though they are evidently incapable of doing so effectively. At the same time though, I can totally respect that. In a way they are "keeping it real", in that they have done it their way since the beginning, and are still doing it their way, even if it means they are all still relatively broke. That is dedication. They each also, apparently, have their own personal issues that probably interfere with their success as well. There is certainly a lot of tension between the band members on display in this documentary.

Again, it's a melancholy story that, unfortunately still has no happy ending. They are still fairly broke, and chances are that if you asked most "metal heads" if they've heard of Anvil, they would probably say no, which I think is a shame. 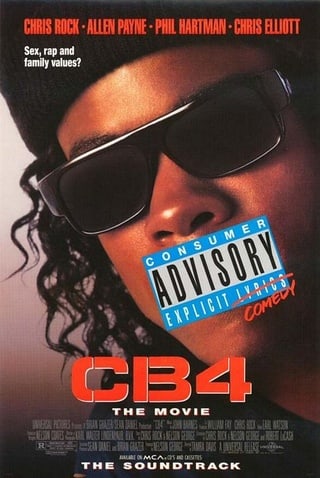 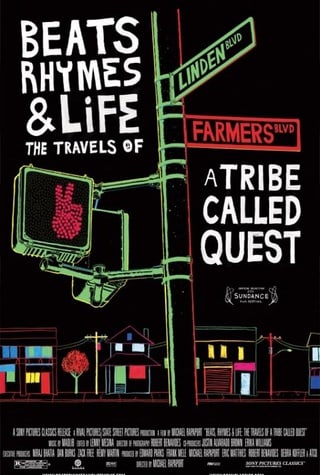 Basically a handful of notable hip hop artists expressing their love/praise for ATCQ, mixed with Some of ATCQ's views on their own careers, past, present, and future. Some of ATCQ's petty little squabbles are also on display in this film. Sometimes I just wanted to slap Q-tip, and Phife. I don't even think they know what they are beefing about. Just egos clashing.

I quite enjoyed the animated sequences, using art from ATCQ's album covers, between sections of the film.

Overall an interesting little look at Tribe's history, and a good watch for anyone into hip hop. I wouldn't say it's essential viewing though. 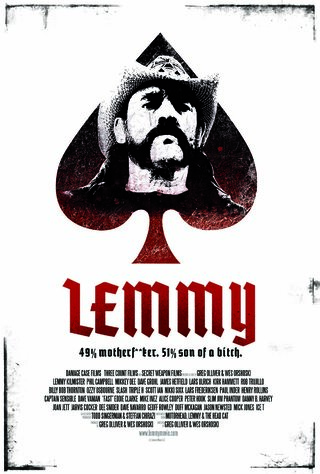 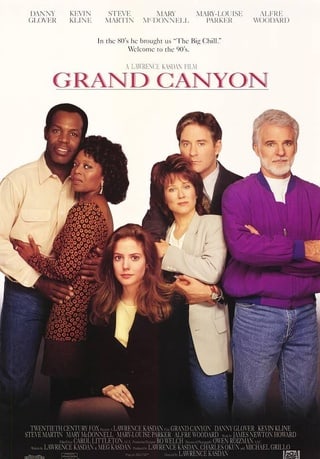 From the director of "The Big Chill." A story of friendship and other natural wonders. 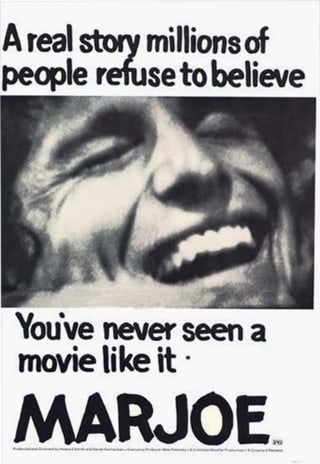 Load more items (201 more in this list)
A list of the films I've watched in 2013. I have only included films that I have never previously watched, or haven't watched all the way through. Re-watched films won't be on here. The order of the list is the order in which I watched them, with the most recent on the top.

I apologize for the ever changing notes layout. I just can't seem to find a way I'm satisfied with. I need to find a way to express my opinion clearly, without having to take much time to do so. Basically I want to have my cake, and eat it too.

And of course, this is just my opinion. Movies are subjective. Hopefully people with similar taste in movies will find my ratings useful.

Thought the movie was pretty much perfect. Couldn't find anything to nitpick.

Thought it was just awesome, and was totally my cup of tea. One of my favourites.

Thought it was great. This is a film I would definitely recommend.

I really enjoyed the film overall, but there were maybe one or two things that didn't jibe with me.

Mildly enjoyed, and/or there are some aspects I liked.

Could barely hold my attention.

Found the movie dull, and pretty poorly made in all aspects.

Cringe worthy. Found myself wondering "why am I watching this movie?".

Thought it was an inept movie, and it perhaps made me want to lash out at times.

Was so crappy it upset me, and made me want to hunt down the filmmakers behind it.

My 2013 Film Diary by Justinvdk

My Favorite Bad Movies by PhineasPoe

Best albums of 2013 by the giraffe

Books into movies... Yes or no? by 186FleetStreet

Watched in 2014 by Grisly Atoms