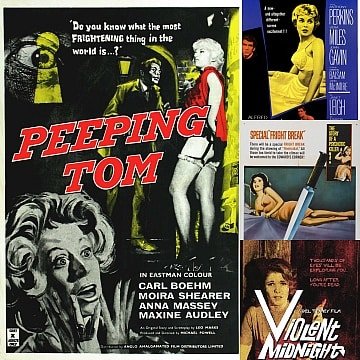 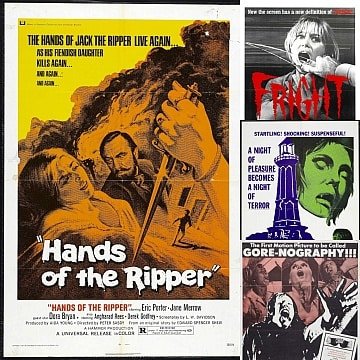 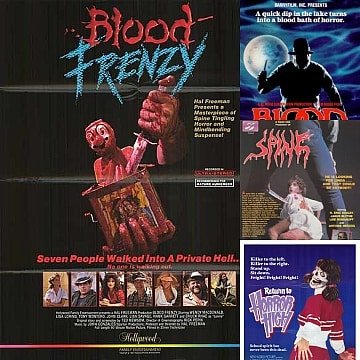 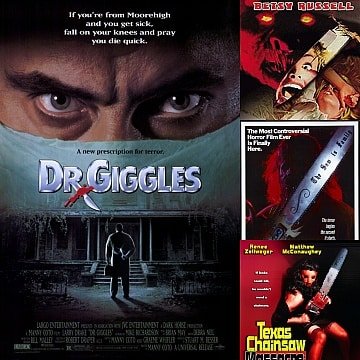 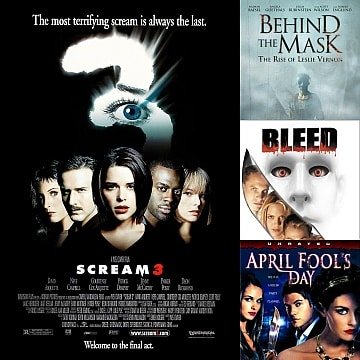 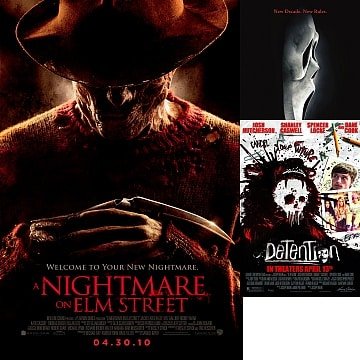 The master list of all my separate slasher film lists (by decade).

What is a "slasher film" you ask?

The slasher film is a sub-genre of the horror film typically involving a psychopathic killer stalking and killing a sequence of victims in a graphically violent manner. Although the term "slasher" may be used as a generic term for any horror movie involving graphic acts of murder, the slasher as a genre has its own set of characteristics which set it apart from related genres like the splatter film.

Some of those characteristics are (in my opinion):

- A mysterious, and often masked, or sometimes deformed stalker/killer. Masks, or facial features, in the case of deformity, are often times distinctive (ie. Jason's hockey mask, or Freddy's face). The killer may also be seemingly "indestructible".
- A group of people, often teenagers, or young adults that are victimized by the killer, following a sort of "And Then There Were None" formula, with each being murdered consecutively, until only one is left. See below.
- A lone, female heroine that ends up facing off against the killer. Often referred to as the "final girl".
- Graphic, and often "inventive" (I hesitate to use that word here) death scenes.
- A number of POV (point of view) shots from the killer's perspective.
- An electronic score, if the movie is from the late '70s, or early to mid '80s. Probably due to the boom in popularity of synthesizers happening at the time (late 70s, early 80s), and spurred by John Carpenter's classic score in Halloween.

There are always exceptions to these characteristics though, of course.

This list also contains films which had an influence on the slasher subgenre (Psycho, Dementia 13, etc.), or are heavily influenced by slasher films .

Favorite Movies of 2008 by jaytoast

Watched in 2013 by Grisly Atoms

Watched in 2014 by Grisly Atoms