0
Destination Moon
Truly recommended.
Few other spacewalks have been made before Kubrick. This one here is probably the most memorable. 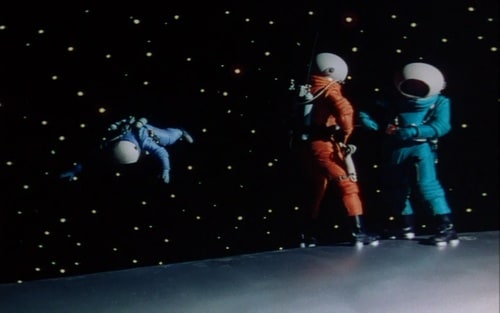 6.7
Things to Come (1936)
The biggest flaw with this one resides in its script - silly and rhetorical dialogues are everywhere everytime, literally filling the movie to its explosion point. And yes, my mind exploded too, as I could not bear all that shit.
The cinematography instead is very good, sometimes reminding me of German Expressionism-like camerawork, expecially in the first part. Special effects are also brilliant.
Setting out a future history from 1940 onwards, it somehow predicts World War II, but in the movie it lasts longer (I'm sure what the poor Nazis were lacking in the real WWII was a reason to fill in a movie duration) anyway there is no reference to real populations or nations (it is set in a city called 'Everytown'). We have a plague too, and an anticipation of how people will dress like in 2036 (the one on the right is, well, the Prime Minister): 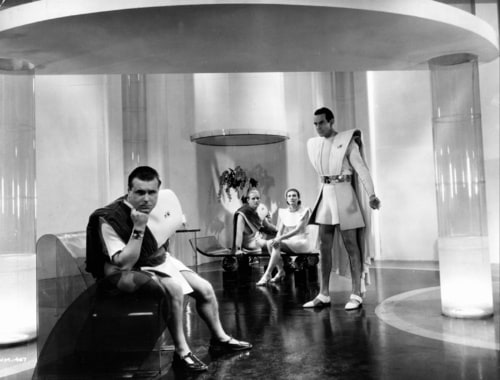 7.5
We Need to Talk About Kevin (2011)
I went to see this movie knowing what it was about, I mean, the plot, but it turned out to be something really unpredicted, mostly because of the 'artsy' (in a good sense) way the story is told.

It deals with the origin of evil, the ability to identify it, how people hate, it's about despair, regrets, guilt, doubts, and it owns such a sadness that hit deep in my bones.

6.8
Everything You Always Wanted to Know About Sex * But Were Afraid to Ask... (1973)
My discovery of early Allen works part two is this collection of short vignettes about sex. All of them are very funny and clever, expecially the last one, 'What Happens During Ejaculation?'. Now I finally know where those voices come from. 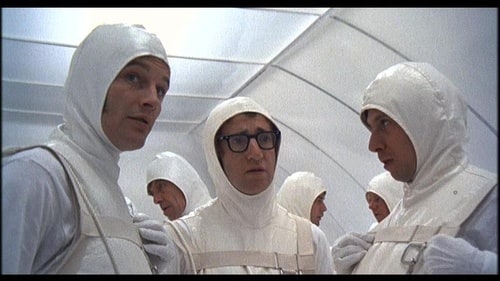 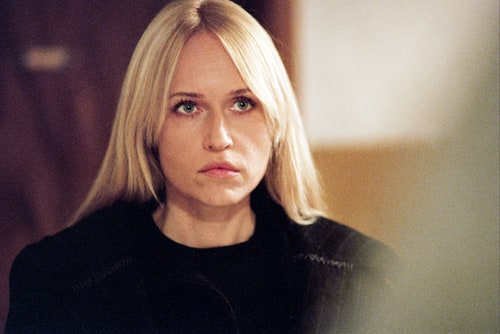 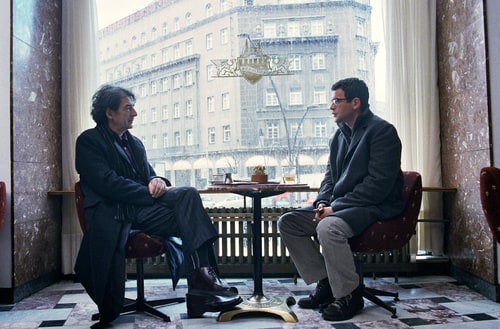 6
The Mechanical Man (1921) (2017)
I can't say that I've properly seen this movie, as only 26 minutes of footage survive of this Italian silent masterpiece, originally a 60 minutes opus. And this is why it's here and not here.
Following the plot was hard, lots of parts are missing and often you can't tell who is who and why is doing what is doing (a discomfort that can actually happen with wholly preserved movies, too), thank god the Mechanical Man is recognizable at a glance, and when he appears it's just "destroy everything!!". 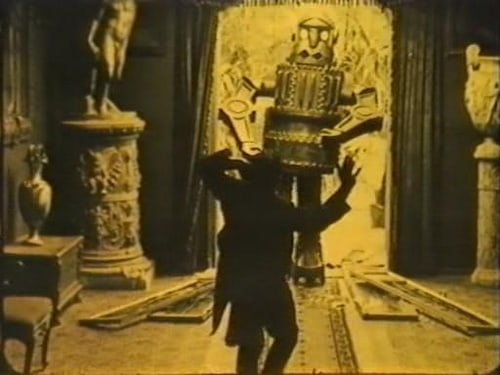 8.3
Incendies (2010)
Sister and brother try to figure out what their mother has really passed through during her mysterious and dreadful past, learning a shocking (even to me) truth. 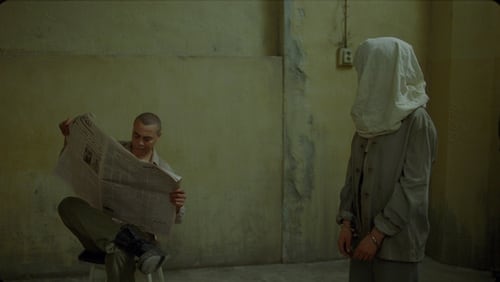 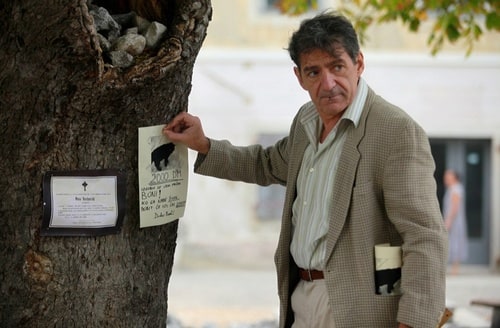 7.2
Shame (2011)
After my initial astonishment for the first beautiful scenes (those of him in the underground, with no dialogue), it became a little bit repeating and obvious with time, I mean, he has this obsession with sex, he fucks everyone everytime (his hand included), he has no love life, but he's not violent, he just uses his dick the way a bulimic uses his digestive system, and this will probably lead him to ruin.
But right when I was more and more convinced to be watching another 'Requiem for a Dream', the events finally start to become more interesting and characters gain personality and depth, way up to the intense ending.
Credit goes mostly to the sister's role (and her relationship with the main character, both played by so talented actors) and to the things unsaid: the movie only hints at a not so happy past shared by the brothers, never explaining what happened. Not giving to the viewer what he desires is very erotic in a sense. 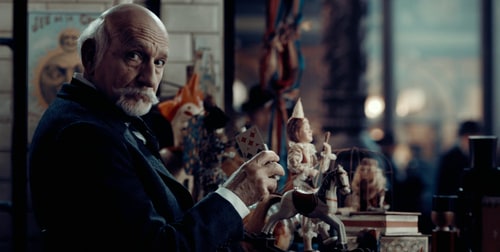 Just from the first shot I knew this was going to be a marvelous work, and it was. What I didn't know yet is that Georges Méliès has not just a brief part in the movie, like I expected, but he's one of the main characters and a key for the whole plot. Also, as it started I didn't know that this fucking movie would have made me cry twice (both times involving Méliès and his process of creating those dreamy and wondrous shorts I know so well).

I think few directors could have done such a magical and heartfelt work about silent cinema, a tribute, a memory of the past, as Scorsese did. 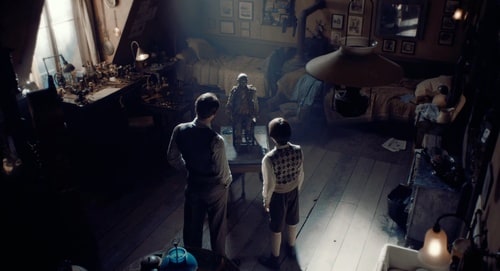 7
Bananas (1971)
I haven't seen any early Woody Allen's works (my "early" means pre-Match Point era).
I'm in the process of filling this gap. 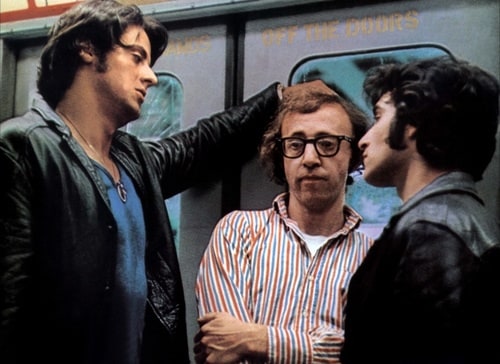 8.3
2001: A Space Odyssey
Having seen repeatedly Mel Brooks' parody when I was a little child, years and years before I had the chance to first watch Kubrick's A Space Odyssey, brings to the "Dawn of Man" scenes an unintended irony, something Kubrick hadn't surely planned back in 1968. But that's the way it goes when you experience the parody before the original. I wonder if many people are in this same situation. The same thing happened with Space Wars/Spaceballs. There's nothing I can do about it, it's radically in me.

I must confess I watched the entire movie only after countless attempts. Often I gave up during the endless (and to me boring to death) "satellite dance" just after the ape murder. It was more than a fifteen-year-old action movies and Eighties horror maniac could bear. I couldn't imagine the movie had lot more to offer, until I saw it with adult eyes for the first time, and it completely stunned me. Now, in 2012, it seems my appreciation curve is heading slightly downward, 'cause I began to yawn again at those long scenes. Call it regression.

I know a number of people made their own amateurish edited versions of the movie (something like a "radio edit" for an extremely long song) simply shortening the long takes, a potentially blasphemous practice at a first thought, but the result, in most of the cases, is surprisingly STILL a very enjoyable movie with everything in place and you can't sense the lack of anything. So, what does this mean? Maybe to me, today, A Space Odyssey has become nothing more than a beautiful stretched rubber band.
INEEDYUO's rating:

Watched In March 2013 by Hootsaidtheowl

Personal Favorites of the Decade: 60's by Xanadon't