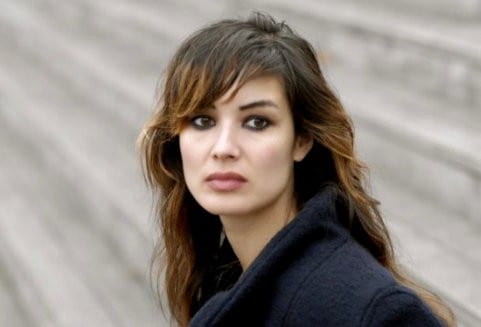 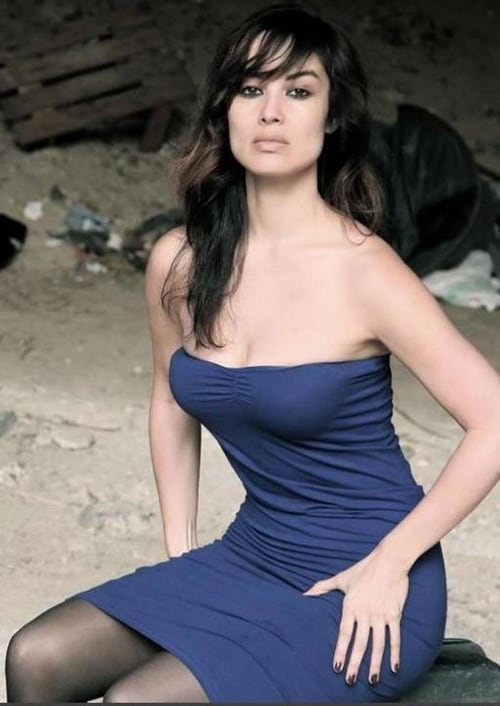 may be she is the next bond girl.. 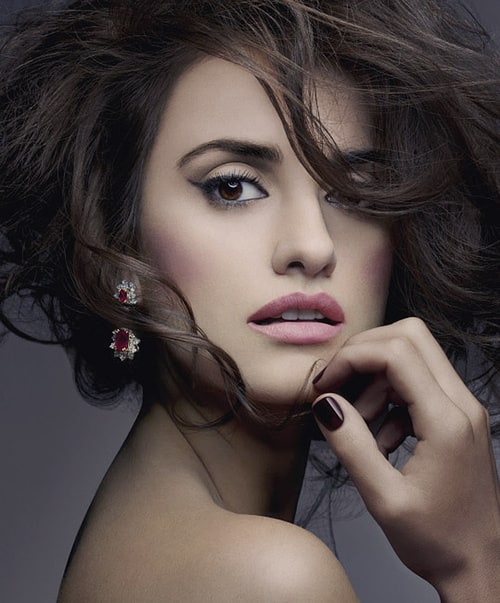 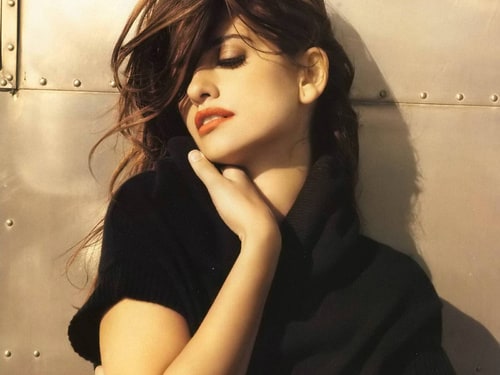 Penélope Cruz (born Penélope Cruz Sánchez on April 28, 1974) is a Spanish actress. Signed by an agent at age 15, she made her acting debut at 16 on television and her feature film debut the following year in Jamón, jamón (1992), to critical acclaim.
3-ILLED's rating: 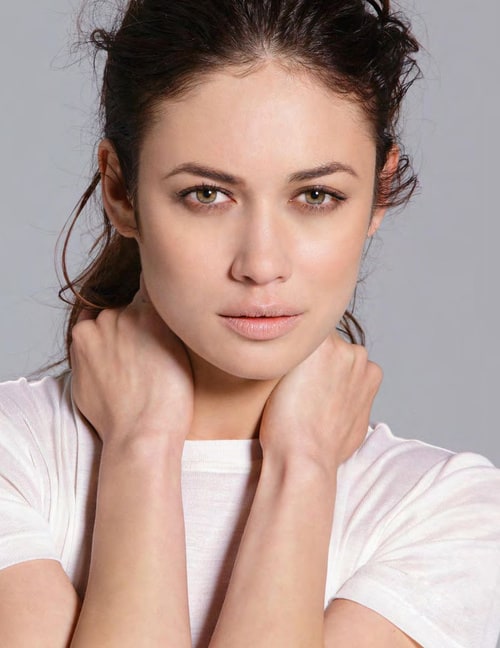 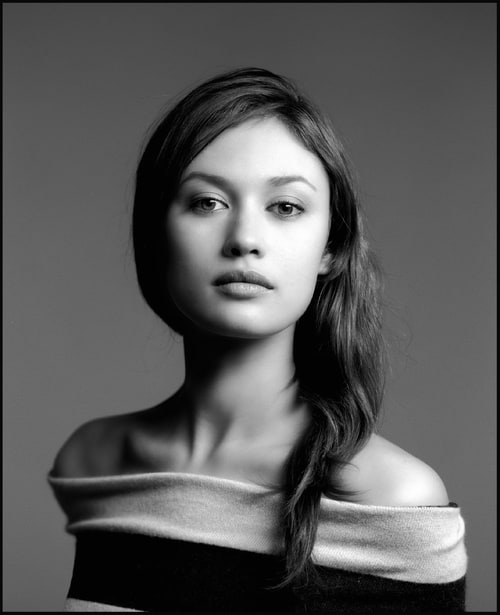 Olha Kostyantynivna Kurylenko (Ukrainian: Ольга Костянтинівна Куриленко; 14 November 1979), better known as Olga Kurylenko, is a French actress and model. She is perhaps best known as the Bond girl, Camille Montes, in the 22nd James Bond film, Quantum of Solace. She also portrayed Nika Boronina in the movie adaptation of the video game Hitman. She became a French citizen in 2001.
3-ILLED's rating: 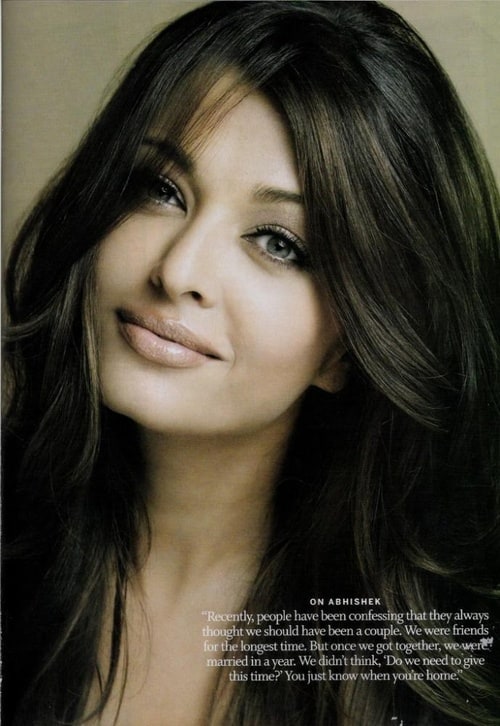 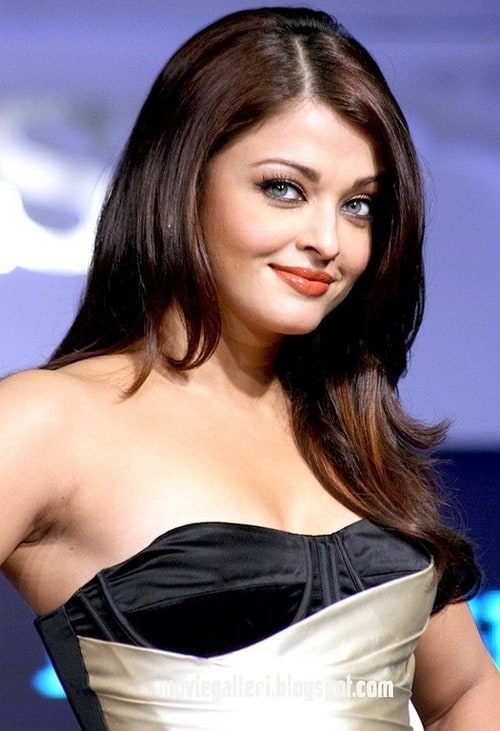 Often cited by the media as the "most beautiful woman in the world"
3-ILLED's rating: 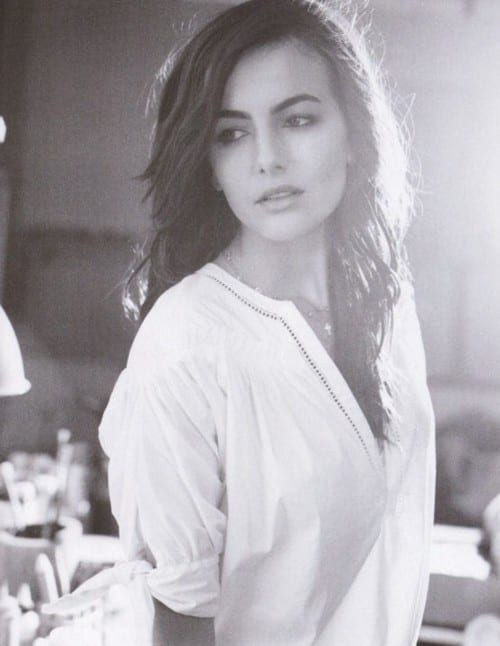 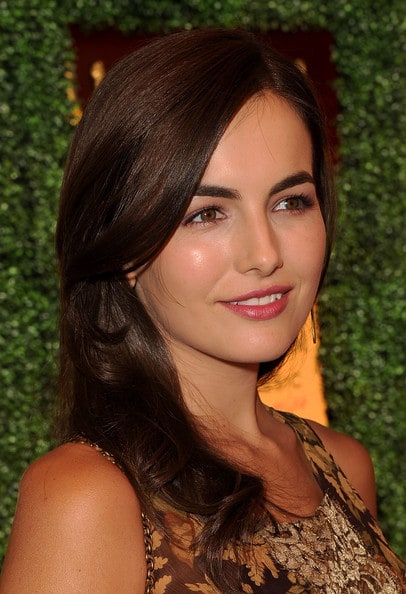 Camilla Belle (born October 2, 1986) is an American actress. Her works include The Lost World: Jurassic Park, When a Stranger Calls, 10,000 BC, The Quiet, and Push.

Belle was born as Camilla Belle Routh in Los Angeles. Her mother, Cristina, is a Brazilian-born fashion designer, and her father, Jack Wesley Routh, owns a construction company and was a composer of country music. Belle was raised in a strict Catholic household. She attended St. Paul's Catholic Elementary School and then the Marlborough School, an all-girl high school in Los Angeles. She is a fluent speaker of Spanish and Portuguese.
3-ILLED's rating: 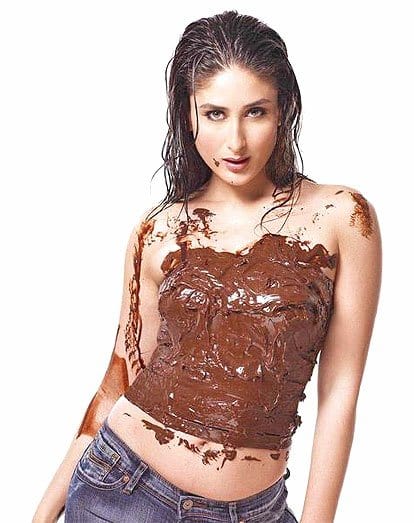 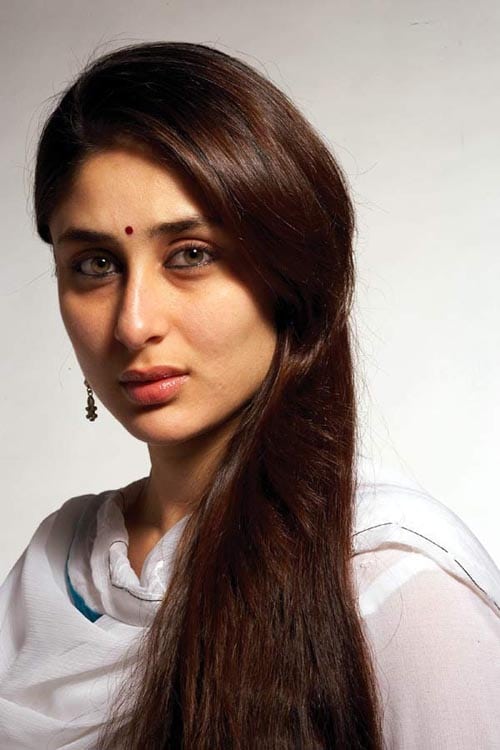 Kareena Kapoor (Hindi: करीना कपूर, pronounced [kəˈriːnaː kəˈpuːr]; born on 21 September 1980), often informally referred to as Bebo, is an Indian actress who appears in Bollywood films. During her career, Kapoor has received six Filmfare Awards, among nine nominations, and has been noted for her performances in a range of film genres; these include her work from contemporary romantic dramas to comedies, period films to major Bollywood productions, as well as less publicised independent films.
3-ILLED's rating: 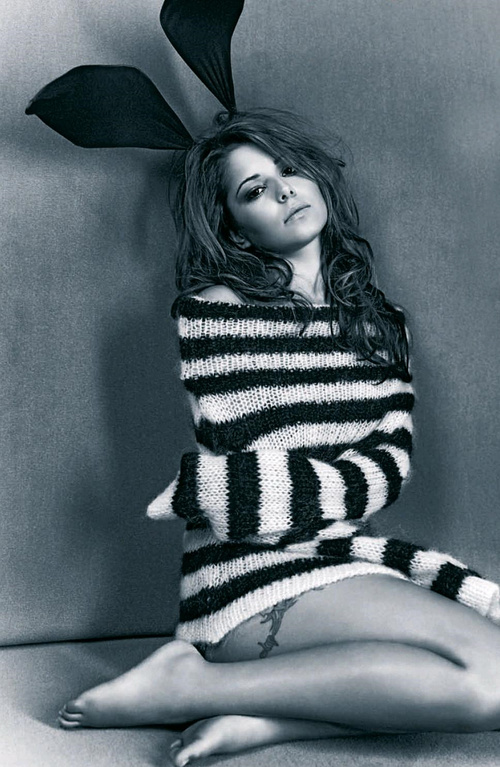 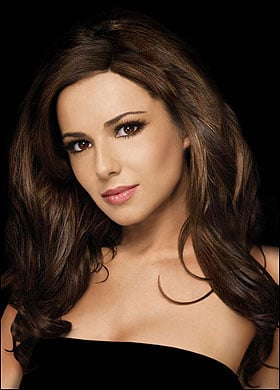 heryl Ann Cole (née Tweedy; born 30 June 1983) is an English pop and R&B recording artist, songwriter, dancer, actress and model. She rose to fame in late 2002 when she auditioned for the reality television show Popstars: The Rivals on ITV. The programme announced that Cole had won a place as one-fifth of the girl group, Girls Aloud. During her time in the group, Cole released twenty consecutive top-ten singles (including four number one singles) in the UK and five platinum albums (two of which went to number one) and earned five BRIT Award nominations from 2005 to 2010. In 2009, Girls Aloud won "Best Single" with their song "The Promise". In 2009, Girls Aloud
3-ILLED's rating: 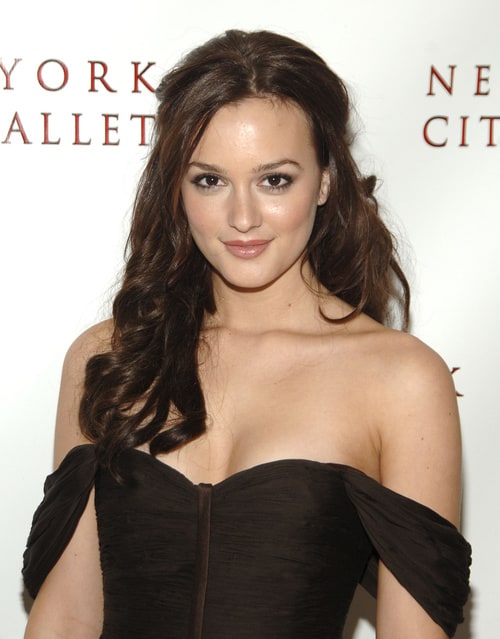 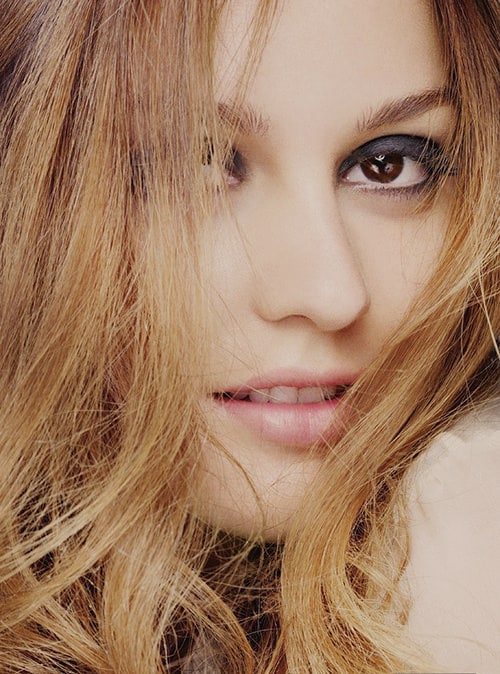 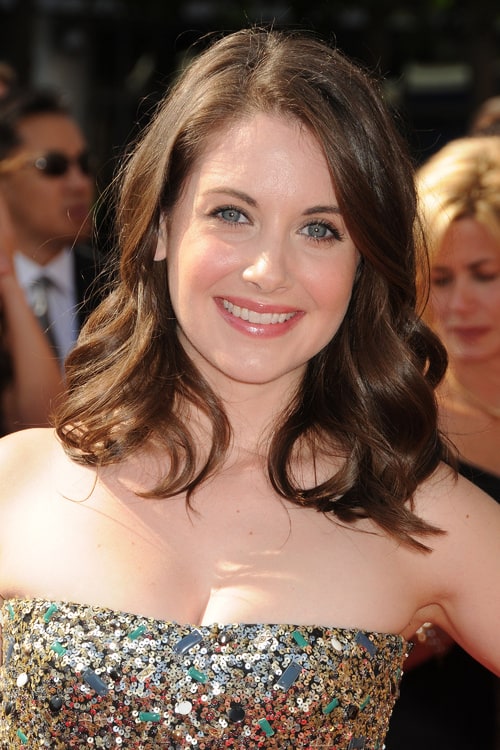 Brie was born in Pasadena, California as Alison Brie Schermerhorn. She began her career acting onstage at the Jewish Community Center in Southern California (Brie's mother is Jewish). She graduated from the California Institute of the Arts with a bachelor's in theater in 2005. Prior to becoming a television actress, Brie had worked as a clown at birthday parties, and performed in theatre in California.
For a time, Brie studied at the Royal Scottish Academy of Music and Drama in Glasgow.
3-ILLED's rating: 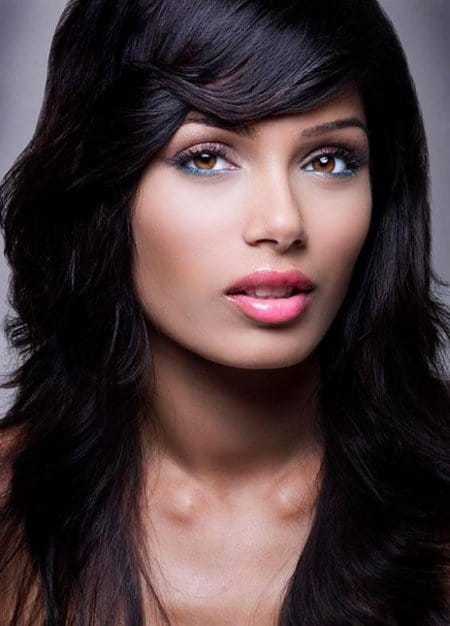 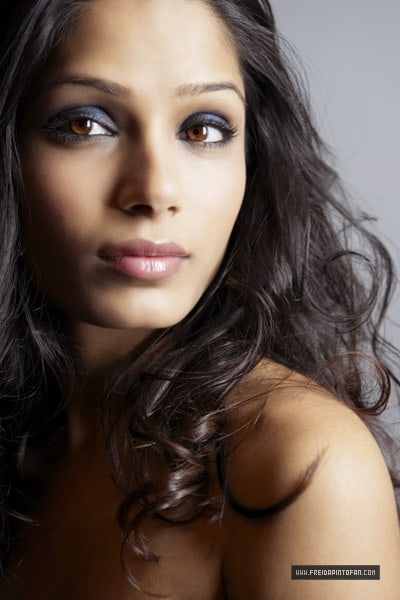 Freida Pinto (born 18 October 1984) is an Indian actress and model best known for her portrayal of Latika in the 2008 Academy Award winning film Slumdog Millionaire, for which she won a Screen Actors Guild Award for Outstanding Performance by a Cast in a Motion Picture. In 2010, she starred in the films You Will Meet a Tall Dark Stranger and as the title character in Miral, and in 2011, she starred in the box-office hit Rise of the Planet of the Apes.
3-ILLED's rating: 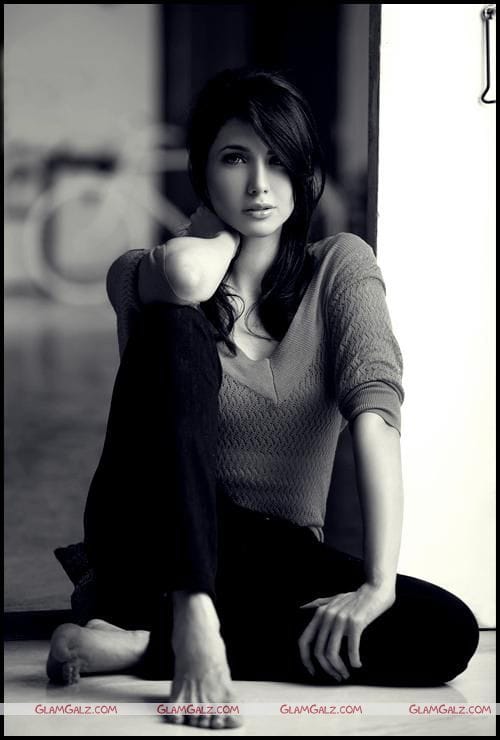 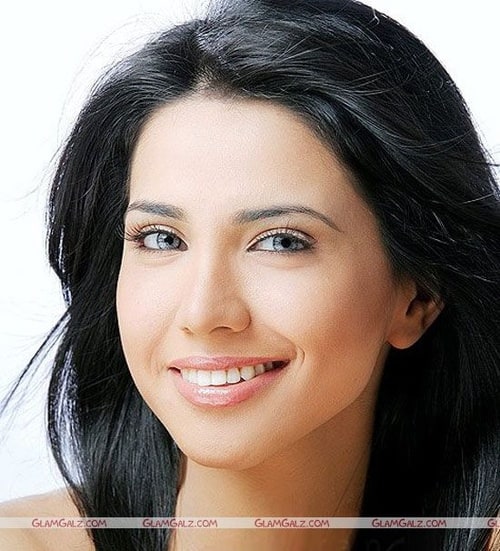 she was miss india and worked in few hindi films...
3-ILLED's rating: 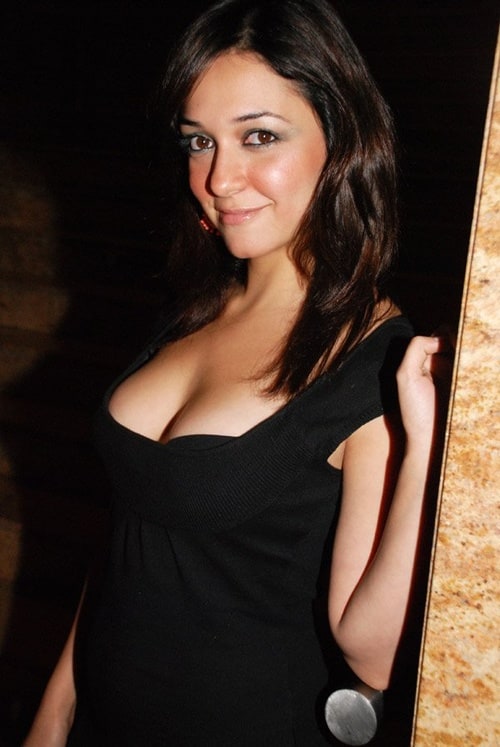 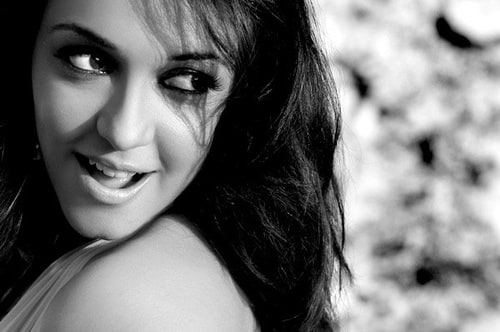 Nauheed Cyrusi (Hindi: नौहीद सॆरुसी) is an Indian model of ethnic Parsi of Iranian descent, VJ and actress.She was born on 19 October 1982.

She studied in J.B. Vacha School, and graduated from Jai Hind College and Basant Singh Institute of Science, Churchgate, Mumbai, and is pursuing M.Com through correspondence.

Nauheed originally wanted to take to traveling by becoming an Air Hostess, but after modeling for three years, she decided to become an actor. 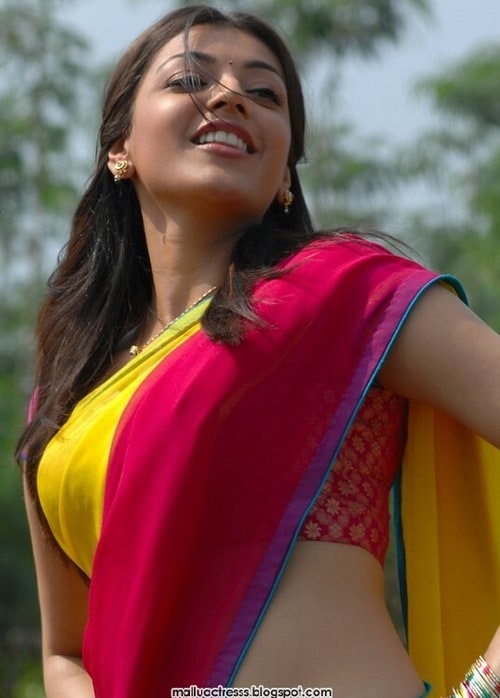 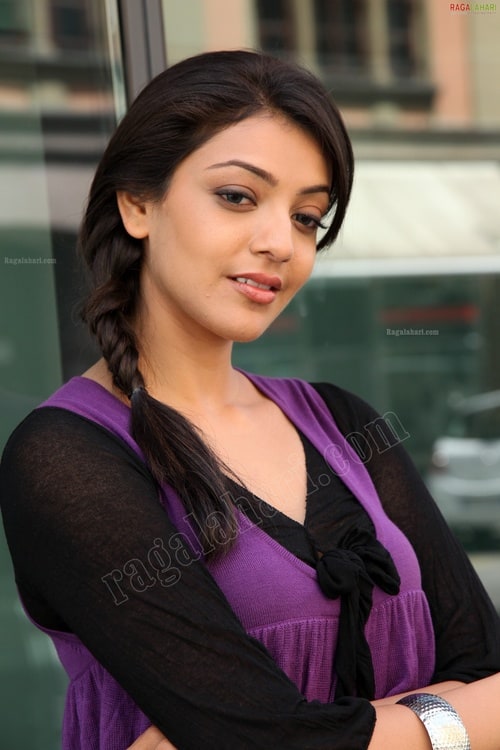 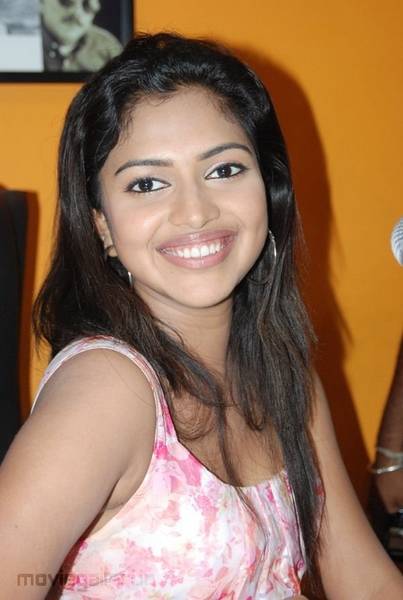 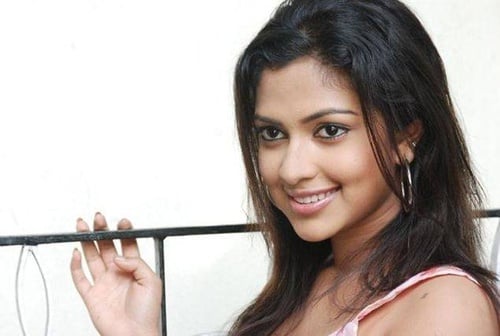 Amala Paul (Malayalam: അമല പോൾ; born 26 October 1991) is an Indian film actress, who works primarily in the Tamil film industry. After appearing in supporting roles in a few low budget ventures, she was acclaimed for the portrayal of a controversial character in the film, Sindhu Samaveli. Despite the failure of that film, Amala became noted after playing the title role in Mynaa, receiving critical acclaim for her work in the film. Since then, she has signed several notable projects and is considered the leading upcoming actress in Tamil films.

Amala Paul, after finishing her Plus Two education, took a year out before planning to pursue engineering for further education. At the time, her modelling portfolio was spotted by noted Malayalam director Lal Jose who offered her a supporting role in his remake, Neelathamara (2009). Despite emerging a success, the film failed to attract any further offers, as she had anticipated. She pursued roles in Tamil films and went on to sign the low-budget comedy film Vikadakavi which was delayed and ultimately became her sixth release, while also signing on to play the lead role in another small budget film Veerasekaran (2010). The film, which became her maiden Tamil release, was panned by critics and went completely unnoticed, while Amala's role was being labelled as 'minimal', and she later cited that she regretted doing the film and many of her scenes were edited out.
3-ILLED's rating: 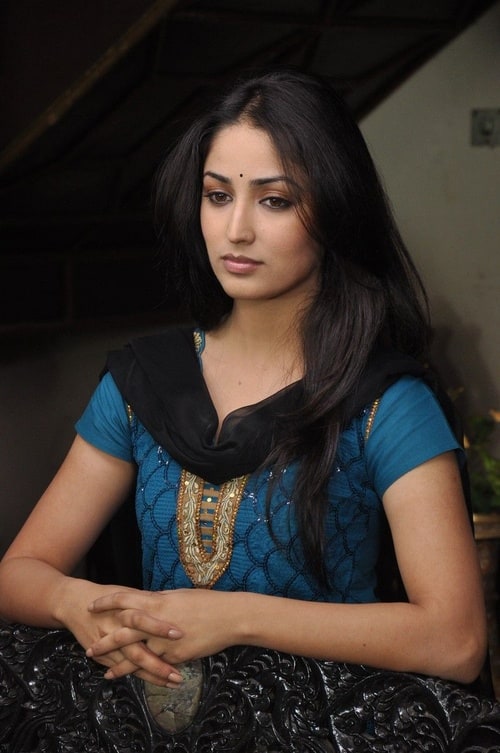 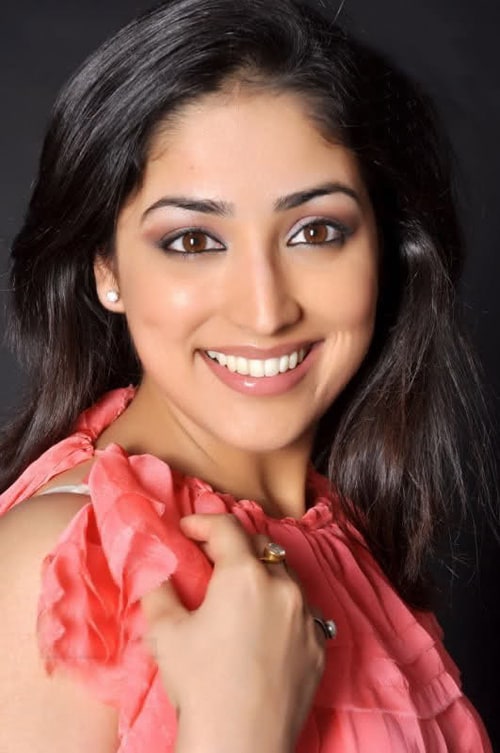 Yami Gautam (Hindi: यमी गौतम) is an Indian Television actress. Hailing from Chandigarh, Punjab, she completed her studies from the Punjab University. She made her debut on Television with Chand Ke Paar Chalo but her real claim to fame was 'Yeh Pyar Na Hoga Kam' aired on Colors. She was last seen as a Television actress in Yeh Pyar Na Hoga Kam after which she moved on to films.
She essayed the lead role in the Kannada movie Ullasa Utsaha.. Then she also participated in the reality show Meethi Choori No.1 on NDTV Imagine and also appeared in various television advertisements.


Recently she is stepping into Bollywood with Vicky Donor where she's cast opposite Ayushmann Khurrana and she plays the role of a Bengali girl in the film.

Kaniehtiio Horn (born c. 1986) is a Mohawk actress. She was nominated for a Gemini Award for her role in the television film Moccasin Flats: Redemption. She appeared in the films The Trotsky, Leslie, My Name is Evil and The Wild Hunt, and stars in the CBC television sitcom 18 to Life. Born in Notre-Dame-de-Grâce, Montreal, Quebec, Canada, Horn is a native of Kahnawake, a Mohawk reserve outside of Montreal.
3-ILLED's rating:

divulging the beauty of face...

Girls in Their Summer Clothes by almaseletiva

Top 50 belas do cinema by Neko

People who inspire me spiritually by midfallgrace

Most Beautiful Actresses by xforeverlove21

Actresses in Sweaters. Part 5 by ercer

As Melhores Garotas / The best girls by Mulinha

colours in your nails! by victoriaeliana

top albums of millenium by 3-ILLED

scariest musicians ever by 3-ILLED