6
Along Came Polly (2004)
In one sentence: A sexy outrageous farce full of belly laughs and heart. One of Jennifer Aniston's better films, and certainly one of Ben Stiller's best - I also love Debra Messing (have done since Will & Grace, woop woop!) and I particularly enjoyed Hank Azaria's scenes... He was naked in all of them. Let me tell you what I'd let that man do to me: actually, I won't. 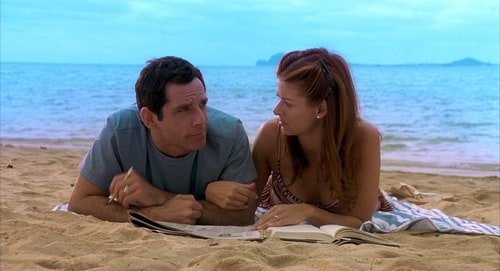 2 films, one was a first time viewing.

5.7
Friends with Money (2006)
I did not expect this film to be so good, proof that as long as you have a good cast, anything could happen - I love all four of the leading ladies in this movie: Joan Cusack is magical, she has always been one of my favourite actresses, the exact same can be said about Frances McDormand but I have seen less of her work. Catherine Keener is brilliant in both Being John Malkovich and in An American Crime. Jennifer Aniston is just Jennifer Aniston, everybody loves her! 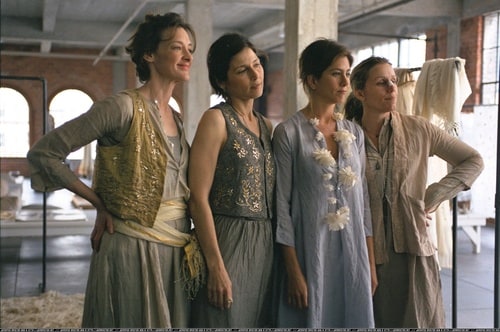 5.7
Coyote Ugly (2000) (2000)
I was so excited when I found out this film was on tv, I loved it when I was little (bit odd, but my mum used to watch it all the time and we always sang 'Can't Fight The Moonlight' around the house) and I loved it even more now - especially this little gem of a scene:

One film, a first time viewing.

7.7
Midnight in Paris (2011)
Disappointing. I should have known what it was about before I watched it, maybe, but still!! What the hell? Oh well, the screenplay was very innovative, and Owen Wilson was tolerable enough.. It pains me to say this, because I love her, but I hated Rachel McAdams in this. The best performance was that of the ever-beautiful Marion Cotillard, without a doubt the film's "saving grace". 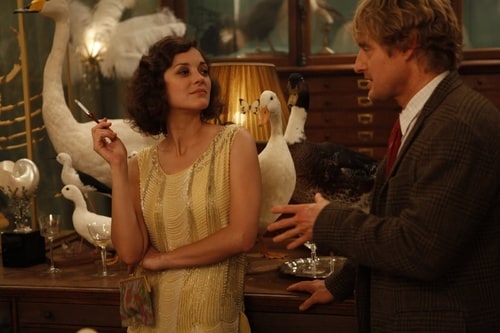 7
Anastasia (1956)
It's a little bit boring in some places, but Ingrid Bergman is flawless. I've always loved the story of Anastasia, I think it's fascinating - the way she was a part of this family and she didn't even consider that it might be a possibility. Amazing, unbelievable. 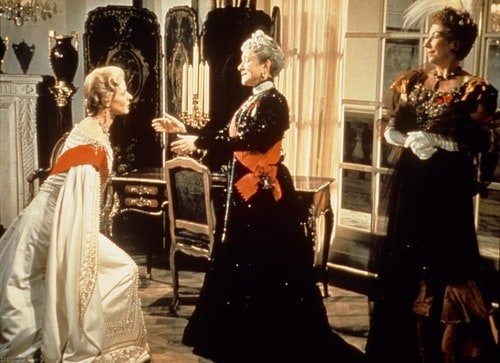 Just one film, a favourite.

7.8
Titanic (1997)
I've honestly never appreciated how good this film was before now.. It's brilliant! Kate Winslet is glorious. So is Leonardo DiCaprio, the lil hottie. Although, may I just say: Rose, who the fuck do you think you are? There was plenty of room on that shit you were using to float for Jack too! Bitch. "I'll never let go, Jack." LIAR!!! 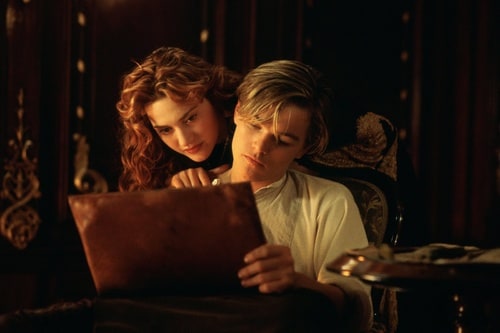 One of my favourites.

8
Black Swan (2010)
I adore this film, even the unnecessarily over-sexual parts. Visually, it's stunning. It has a great story, script, direction from Darren Aronofsky, and acting that knocks my socks off (especially from Natalie Portman, whose role as troubled ballerina Nina won her an Oscar, a BAFTA, a Golden Globe and a Screen Actors Guild award). 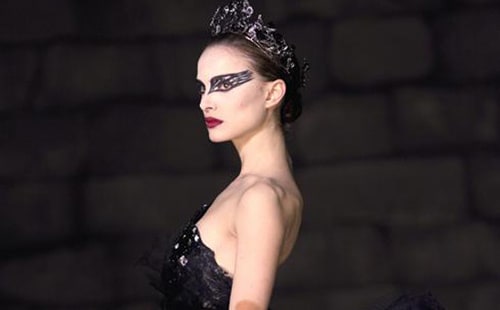 5.1
Camp Rock (2008)
Don't judge me with your judging eyes. I'm still a child! I should be allowed to watch this shit.. Anyway, I've always loved Disney Channel movies, and although this isn't my favourite, it has a genuine plotline and everything! And I love anything to do with Demi Lovato. Plus, Joe Jonas in swimming shorts.. 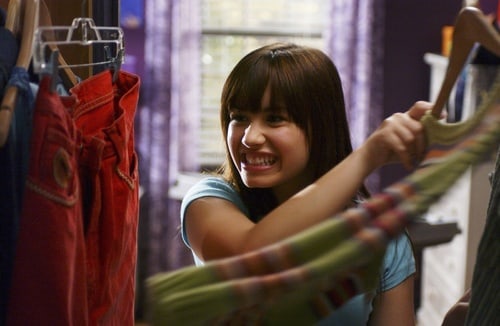 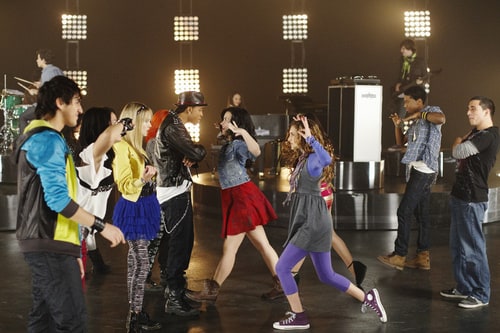 8
The Perks of Being a Wallflower (2012)
I'm honestly not sure I have sufficient words to express both my love for this film, and my admiration for Stephen Chbosky. I adore Emma Watson and I am so pleased that she's managed to establish a successful career away from Hermione Granger. She won the San Diego Film Critics Society Award for Best Supporting Actress for this role and very soon she is appearing Sofia Coppola's (of 'Lost In Translation' fame) 'The Bling Ring' and in 2014 we will see her in 'Noah', directed by none other than Darren Aronofsky (the genius behind 'Requiem For A Dream', 'The Wrestler' and my favourite film 'Black Swan'). And damn, can the girl dance! Once again, proud of our Emma!! Moving on, I have always had a crush on Logan Lerman and for some warped reason, him playing a mentally ill teenager strengthened that. Also, this film has changed my opinion on Ezra Miller, I have still not seen 'We Need To Talk About Kevin', but I just took an instant un-fondness to him. Not anymore, he's a marvellous actor, and can throw some serious shapes! 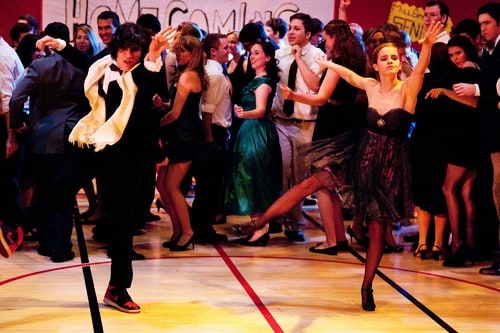 3 films, including a favourite.

6.8
Ice Age: The Meltdown (2006)
The middle of a trilogy is always my favourite. In this instalment, we introduced to Ellie (Queen Latifah, need I say anything else?), a mammoth who believes she is a possum. Love her. Sassy! 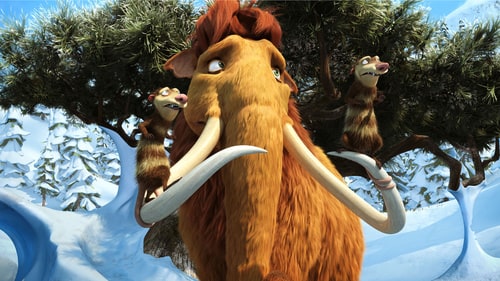 7.2
Dumbo (1941)
I cannot believe that I have never seen this from the beginning before. Dafuq my head at? It's absolutely adorable - it made me weep, laugh and nod my head like a mad rapper! (Pink Elephant Parade, do not judge.) The elephant matriarch is a cunt though. Bitch. 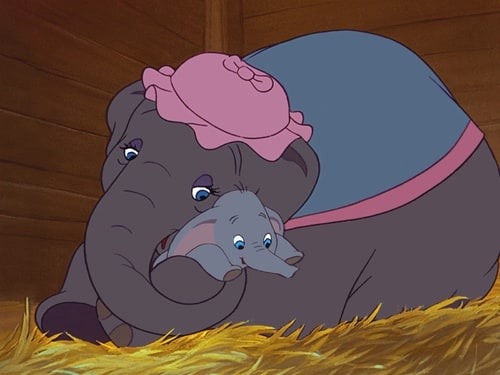 7
Ghost (1990)
OMG I loved it! Whoopi Goldberg you fucking legend! I love her so much! Patrick Swayze is amazing, even though his sex appeal is slightly overshadowed by that of Tony Goldwyn who unfortunately plays the villain (wonderfully though, wonderfully). :( It's romantic, dramatic, funny, sexy, beautiful and it fucks with your heart! I'd definitely recommend it!! 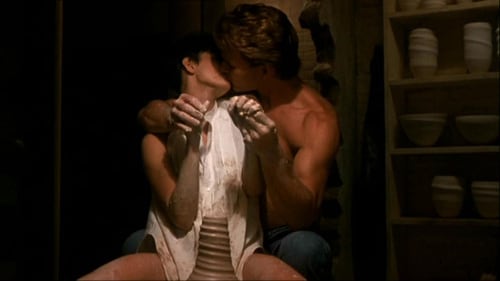 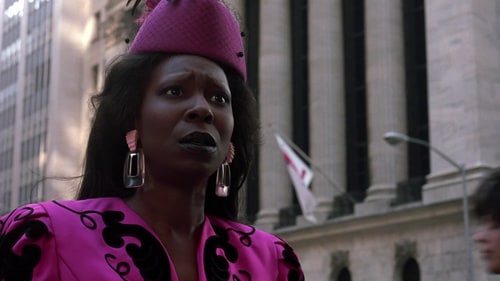 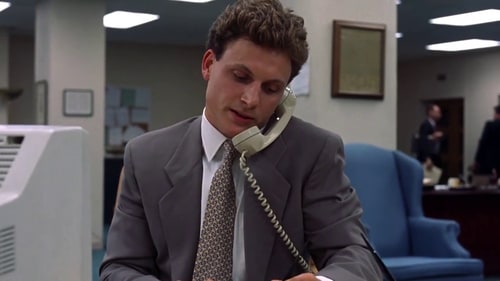 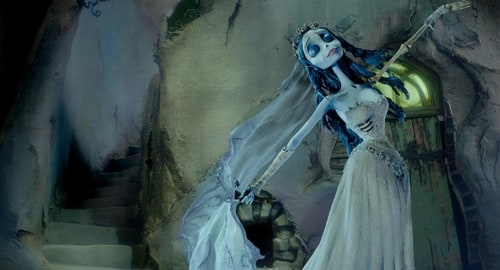 6.6
Ice Age: Continental Drift (2012)
Nicki Minaj is a mammoth! Drake is a mammoth! Heather Morris is a mammoth! Keke Palmer is a mammoth! Jennifer Lopez is a sabretooth tiger! Peter Dinklage is an evil monkey! Wanda Sykes is a sloth grandma with a pet narwhal named Precious! 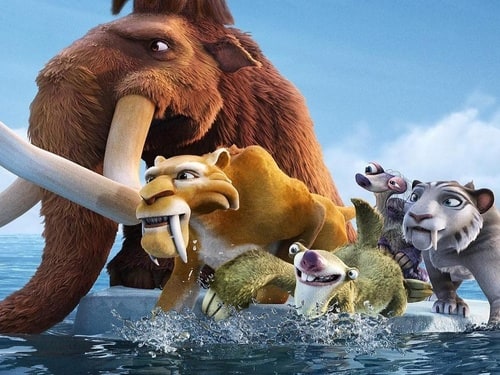 2 films today, including one of my favourites.

8.1
Kill Bill: Vol. 1 (2003)
This film is awesome!! Uma Thurman kicks serious arse. Serious arse. I love the script too! It's such a good story, throw in some novelty Tarantino violence, and you've got a near-perfect piece of cinema. 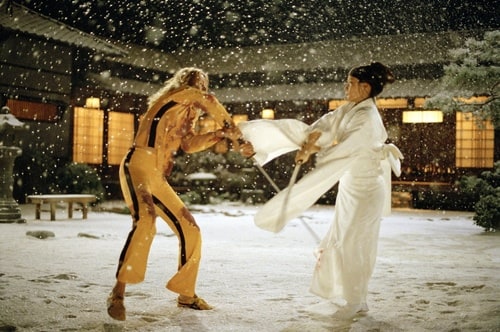 8.4
The Shining (1980)
It bored me, honestly it did. There were moments when I thought it would get better, or at least frighten me.. But it didn't. As is often the case with me and these iconic movies, it underwhelmed me. 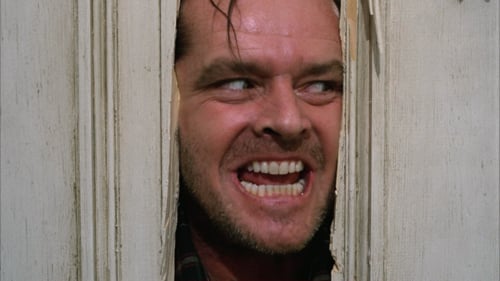 7.3
Revolutionary Road (2009)
I absolutely loved this! It was visually stunning, had a beautiful story, great script and amazing acting! Kate Winslet even earned a Golden Globe for her phenomenal, heart-wrenching performance as Leonardo DiCaprio's wife. His performance, though not as good, was still very well done. Unfortunately his slipped under the radar, as did the film. It was acclaimed critically, even topping Mick LaSalle's 'Top 10 of 2008' in the San Francisco Chronicle, but Kate's Globe was the only major award that this film was given, which makes me feel very sad. It also didn't do very well at the box office, only just doubling it's $35 million budget and grossing $75,225,074 worldwide. It's not fair! 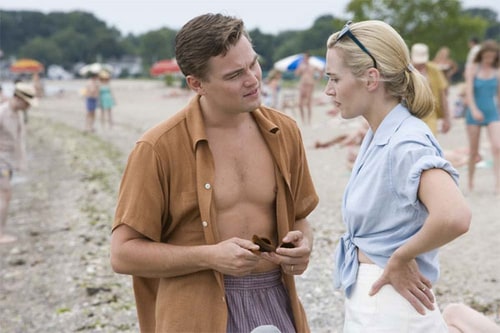 To sum up: it blew me away. Amazing supporting cast (which included Kathy Bates and Michael Shannon as her son, who was nominated for a Best Supporting Actor Oscar for his role), fantastic direction by Sam Mendes as well as great chemistry between the two leads (Duh, Titanic). Definitely worth at least one watch, I couldn't recommend it strongly enough!
JodieBoner's rating:

6.1
Scenes of a Sexual Nature (2006)
I thought this would be funnier than it was.. What with the incredible cast and the tongue-in-cheek title, but it disappointed me a little. However there were moments that made me cackle and Tom Hardy flashed his arse. Snaps for Tom! 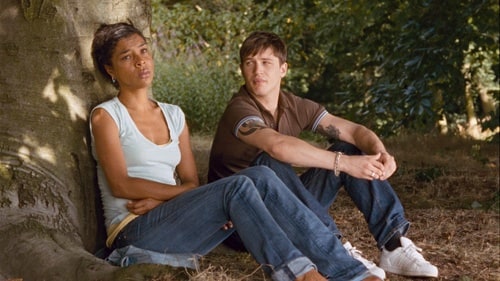 5.7
Halloween H20: 20 Years Later (1998)
I only watched it for Michelle Williams but it turned out to be a pretty decent film! Jamie Lee Curtis is wonderful, but I feel like they were pulling storylines out their arse for this one. they've obviously over-done it now... I mean, I understand that it's a franchise but really? 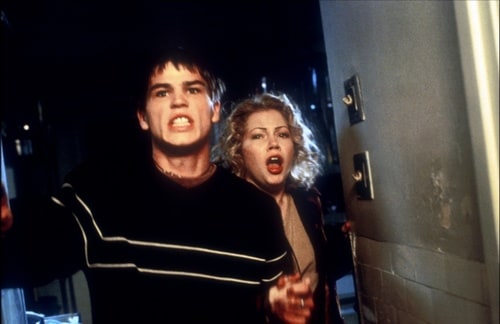 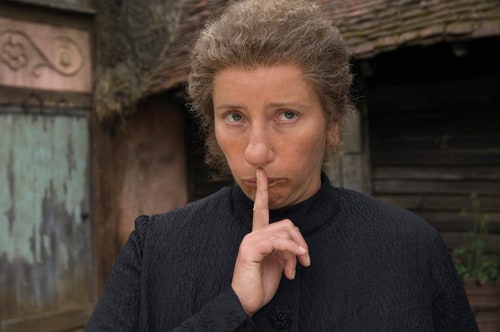 THERE WERE NO SCARY MOVIES ON TV AND I DO NOT OWN ONE I AM SORRY I DIDN'T GET INTO THE HALOWEEN SPIRIT!!! ...2 more first time viewings today...

7.7
Skyfall (2012)
I loved it!! Best Bond yet, I reckon. Aside from the fact that they finally give Judi Dench her moment and that Daniel Craig is fit as fuck, you've also got a sexy Berénice Marlohe, a feisty Naomie Harris; Ralph Fiennes; Ben Whishaw and a homoerotic moment involving a villainous Javier Bardem!! 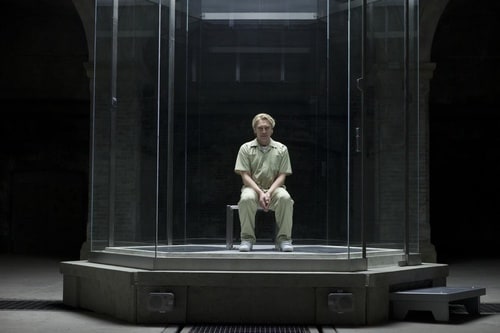 6.4
The Iron Lady (2011)
Queen Meryl. I really did like this film! I didn't expect to but I did, it was brilliant. I loved Olivia Coleman too, and Jim Broadbent. Also, it was nice to see the woman behind the politician. But I don't think Meryl deserved her Oscar for this role, it should have been given to Viola Davis for her role in The Help. 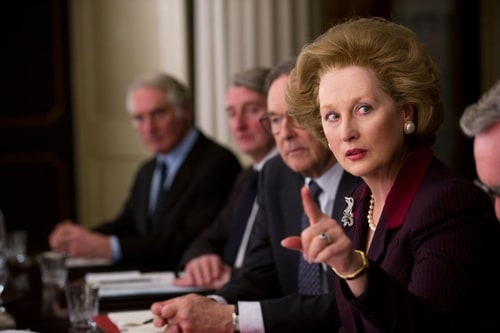 Alphabet of Favorite Shows* by Bad☆Alice

Tunes that amaze me.... by MJBubblegum

The evolution of Ben Drew by FG93