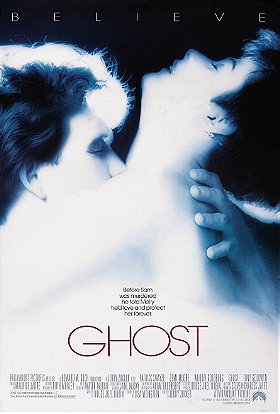 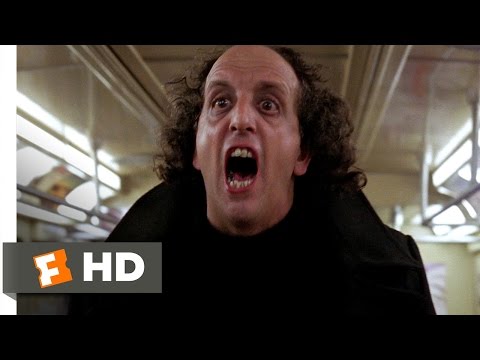 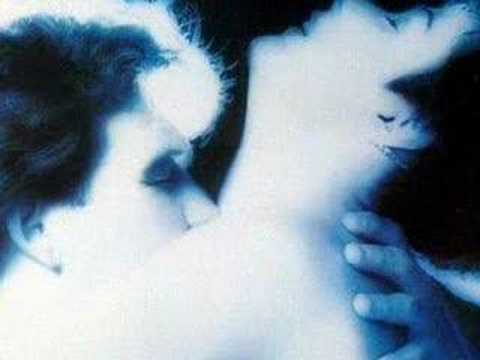 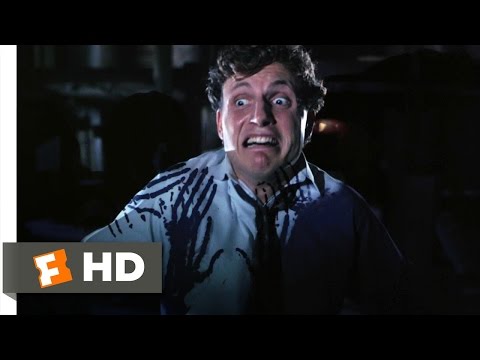 doudouce55
1 vote
Combine a touching love story, with a supernatural tale, comedy and a little thriller: you've got Ghost.

indyB
1 vote
This is a great classic chick flick from the 90s. The story of two lovers who are torn apart by tradgedy is truly heart-wrenching. Woopi is fab as the crazy physcic lady, she provides the comical element to the film. Bring the tissues cos this one's a tear-jerker!

johanlefourbe
1 vote
To be honest, it has been a while since I have seen this movie and maybe I should re-watch it at some point. Basically, it is one of those timeless romantic classics which has gathered some die-hard fans around the world, even though it didn’t grow old very well. Indeed, it is incredibly cheesy and it is therefore rather difficult to take the whole thing really seriously. And, yet, I have to adm... read more
View all Ghost reviews

From The New Yorker
It sounds like a horror movie, but it's a romantic fairy tale. The scariest thing about it is its shamelessness. A young New York bank executive, Sam (Patrick Swayze), is killed, on the street, at a moment in his life when everything seems to be going his way. After his death, Sam sticks around, as a spirit (and Swayze stays onscreen, as a body). He attends his funeral; watches his beautiful girlfriend, Molly (Demi Moore), drift grief-stricken through the spectacular loft they had just moved into; and then devotes himself to protecting her from the people who killed him. Through a reluctant psychic (Whoopi Goldberg), he tries to communicate with Molly; later, an experienced ghost (Vincent Schiavelli) teaches him how to move objects and break stuff. In this movie, death is treated as if it were merely a form of disability, one of those handicaps we've seen people struggle bravely with in TV movies-something for the individual to triumph over, with will power, hard work, and love. This creamy-toned fantasy, directed by Jerry Zucker from a screenplay by Bruce Joel Rubin, certainly pushes the audience's emotional buttons. It's a twentysomething hybrid of "It's a Wonderful Life" and some of the goofier, more solemn episodes of "The Twilight Zone," and there's not a trace of wit or irony in it. Its images of death have a soothing banality, like a greeting-card message from the world beyond. Also with Tony Goldwyn and Rick Aviles. -Terrence Rafferty
... (more) (less)
Release date: 13 July 1990
UPC: 097363200444
Tags: Romance (57), Drama (39), Mystery (20), 1990 (18), Ghosts (17), 1990s (15), Thriller (14), Supernatural (14), Ghost (13), Murder (12), Comedy (11), Fantasy (10), Afterlife (10), Death (9), Betrayal (8), Crime (7), (7), Love (6), Possession (6), Revenge (5)
My tags:

Agent Kermit D. Fonz added this to a list 1 week, 2 days ago

" Lovers of hauntingly, beautiful, and tragic love stories, this one’s for one. Sam and Molly, are a couple who have everything, including a future together. Which ends when Sam dies. Determined to reunited with his girlfriend, Sam returns not just to be with her, but prevent her from being killed too. Surprisingly, the film is not only poignant but scary at ii ex, too. Truly, this is a film that has everything. Which is why, it was a big hit in theatres, too. Critics said “Ditto.” to t"

l8t3r added this to a list 1 month, 2 weeks ago
Movies Watched on Netflix (435 movies items)

“I love Ghost. It is a film that manages to be both romantic and glamorous, sometimes even at the same time. And it also manages to mix the sentimental and the supernatural wonderfully. The production values are great, the special effects are a treat and the costumes, lighting, sets and cinematography are top drawer.

The soundtrack also fits accordingly. Unchained Melody is a touching song and used to great effect here. The script is of good quality, and the story has a great premise with a poignant love-beyond-the-grave theme and a ending that proves that pure schmaltz actually does work. Jerry Zucker's direction is very good.

I love the performances too. Patrick Swayze gives one of his best performances as the murdered banker who tries to warn his girlfriend that she i” read more

moviebuff added this to a list 1 year, 1 month ago
Movies Aspiring Filmmakers Should Watch (126 movies items)

Phoenix Feather added this to a list 1 year, 2 months ago

mirinbuddy added this to a list 1 year, 5 months ago
High rated movies that don't impress me much (282 movies items)

mhthehammer added this to a list 1 year, 11 months ago

"Jerry Zucker, typically associated with zany lampoon parables such as "The Naked Gun" and "Airplane," parted from his brother David and his colleague Jim Abrahams and made his own career as a serious Hollywood director. In his first solo film, "Ghost," Sam (Patrick Swayze) gets robbed and murdered by a mugger Willy (Rick Aviles) in New York City, leaving his fiance Molly (Demi Moore) traumatized. After he becomes a ghost, he must recruit with psychic charlatan Oda Mae Brown (Whoopi Goldberg) and"

Dj Levels added this to a list 1 year, 11 months ago
Movies owned...Stored on computer...Endless (295 movies items)

Kev64 added this to a list 2 years, 1 month ago
Movies I Most Need To Watch Again (61 movies items)

★☆Rose★☆ added this to a list 2 years, 2 months ago
Movies/Anime/Drama that touched my heart (56 movies items)

Joreth added this to a list 2 years, 3 months ago
Marathon Movies (844 movies items)

Exclusive added this to a list 2 years, 5 months ago
My Blu-Ray Collection (1282 movies items)

Monstermaster added this to a list 2 years, 8 months ago
90's Favorites By Year. (167 movies items)

sdepy83 voted for an image 3 years ago

Kandi added this to a list 3 years, 1 month ago

Kandi added this to a list 3 years, 4 months ago
Maurice Jarre - My Soundtrack Collection (12 music items)

ekimo72 added this to a list 3 years, 5 months ago
My Movie Collection (5158 movies items)