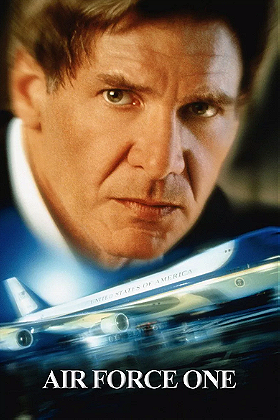 154 votes
10 Reasons Why Gary Oldman Should Get An Oscar (17 items)
list by drugs
Published 10 years, 7 months ago

148 votes
Most Successful Movies of... All Time (500 items)
list by SchwarzerAbt
Published 15 years, 6 months ago

View all Air Force One lists 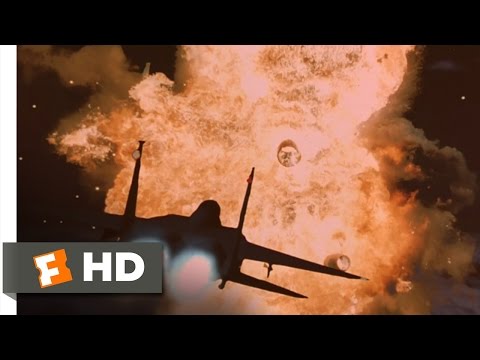 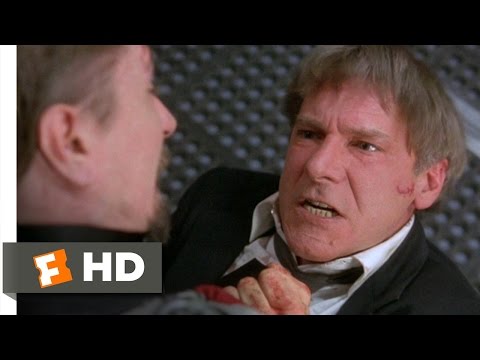 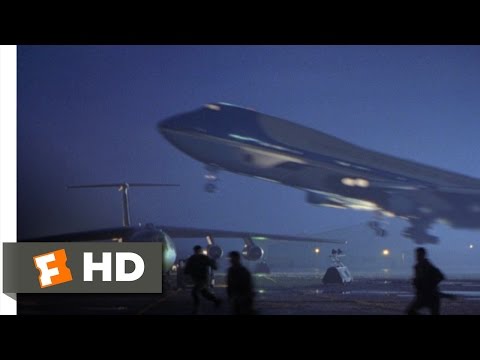 View all Air Force One videos

jasoncarulli
2 votes
Harrison Ford may be the President of the United States, but he sure knows how to kick some ass. In order to save his family from master villian Gary Oldman, Ford puts on the most unlikely performance of any president (excluding Teddy Roosevelt).

PvtCaboose91
2 votes
"Nobody does this to the United States. The President will get his baseball glove back and play catch with this guy's balls!"

Released in the summer of 1997, Air Force One arrived towards the end of the Die Hard clone era. After Die Hard flourished at the box office in 1988, studios began clamouring to replicate the film's success; leading to the birth of an entire action subgenre. ... read more

johanlefourbe
2 votes
Honestly, I wasn’t sure what to expect from this flick but since I have always had a weak spot for Harrison Ford, I still wanted to check it out. Apparently, it was probably his last box-office success (the last Indiana Jones installment doesn’t really count since it was a box-office success mostly because it was a very well known franchise). Since then, he showed up in some other blockbusters... read more
View all Air Force One reviews

" There is never a dull moment, in Air Force One. It’s action packed from beginning to end. And while it’s Die Hard on Air Force One, it’s still a great movie. With Gary Oldman, is a memorably bad guy in the movie, as a Russian terrorist who hijabs the plane, President James Marshall and his family is on. “Now, get off my plane, and watch my movie!”"

The Wolf added this to a list 8 months, 3 weeks ago

“One of those movies that doesn't pretend to be anything that it isn't. From the get-go, it promises rip-roaring action, and it delivers it in spades. That is not to say, however, that it doesn't have its problems. It can sometimes feel as if it's trying a little too hard to fit the archetype of action movie. Other than that, it's pretty solid, and you could do a lot worse than this if you're after a fun movie experience.” read more

AVPGuyver21 added this to a list 1 year, 1 month ago

" Date: 7/4/2021 Viewed: 4K UHD Re-watch Note: For the 4th of July, I wanted to watch something that is not Independence Day (1996) or Uncle Sam (1996). I decided to watch Air Force One in 4K UHD after buying it on sale at my local Best Buy. Air Force One holds a special place in my heart for being one of my earliest R-rated theatrical experiences when I was a kid. Air Force One is not the best action movie ever made, but I still consider it to be a fun movie to watch in my opinion. Air Force "

Mark Tonna added this to a list 1 year, 8 months ago
Movies that I own on DVD (272 movies items)

Nosoki added this to a list 1 year, 8 months ago

diabolical dr voodoo added this to a list 2 years, 2 months ago

BradWesley123 added this to a list 2 years, 11 months ago

"Enroute back to the States from Russia, Russian Nationals hijack the President's plane and hold him and his family (as well as most of his staff) hostage aboard Air Force One in order to release a captured General. A very clichéd but interesting movie with a two-fisted President of the United States played by Harrison Ford literally taking on terrorism himself on board his jet, Air Force One. It's a story that hooks you in and keeps you involved all the way. It could have been trimmed down but"

Kandi added this to a list 3 years, 2 months ago
Jerry Goldsmith - My Soundtrack Collection (35 music items)

ekimo72 added this to a list 3 years, 3 months ago
My Movie Collection (5158 movies items)

Kandi voted for an image 3 years, 6 months ago

powerking14 voted for an image 3 years, 7 months ago

Kandi added this to a list 3 years, 7 months ago

" Harrison Ford as President James Marshall Unknown to Korshunov, Marshall, a veteran of the Vietnam War and a Medal of Honor recipient, has remained hidden in the cargo hold instead of using the pod, and begins to observe the mercenaries using his military training. Marshall manages to kill some of Korshunov's men and then uses a satellite phone to make contact with his Vice President Kathryn Bennett, letting his staff know he is alive." (Wikipedia)"

aLittleTyger voted for an image 3 years, 7 months ago

yellowhair voted for an image 3 years, 7 months ago