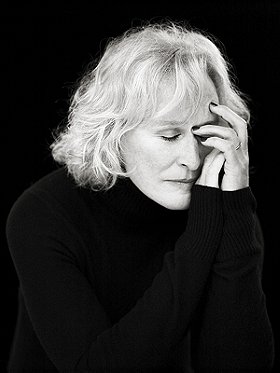 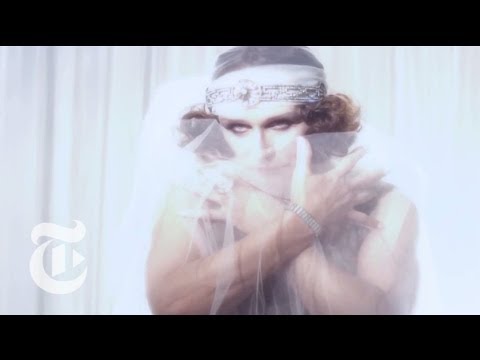 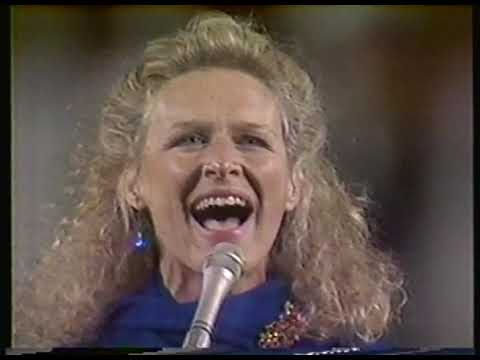 Born in Greenwich, CT, on March 19, 1947, Close grew up in Africa and Switzerland while her father, a doctor, maintained a clinic in the Belgian Congo. As a high school student at Greenwich's Rosemary Hall, the actress organized a touring rep-theater group and performed a number of folk-singing gigs. After graduating from the College of William and Mary, where she studied anthropology and acting, Close appeared in regional theater and then made her New York stage bow in 1974's Love for Love. Her theater work led to her first film role, when director George Roy Hill, after seeing her in the Broadway musical Barnum, cast her in The World According to Garp (1982). Close won the role of the protagonist's political-activist mother, a portrayal made all the more interesting by the fact that the actress was only five years older than Robin Williams, the actor playing her son. Close earned an Oscar nomination for her work, thus catalyzing the acclaim that was to surround much of her subsequent career.

Close worked steadily through the remainder of the 1980s, winning Oscar nominations for her divergent performances in The Big Chill (1983), The Natural (1984), and Fatal Attraction (1987). In the last of these films, she all but caused the screen to combust with her fearsome portrayal of a woman who gets very, very angry with Michael Douglas. As evidence of her remarkable versatility, Close avoided being typecast as similarly psychotic women, going on to win another Oscar nomination the next year for her devastatingly wicked performance in Dangerous Liaisons.

Further acclaim followed with her role as Sunny Von Bulow in Reversal of Fortune (1990), and Close spent the next decade turning in consistently strong performances in films both good and bad, from the critically and commercially lambasted Mary Reilly (1994) to the all-star Mars Attacks! (1996); 101 Dalmatians (1996), in which she got in touch with her inner drag queen as Cruella De Vil; and Air Force One (1997), which featured her as President Harrison Ford's harried Vice President. In 1999, Close took on two very different roles, first lending her voice to the animated Tarzan as the hero's gorilla mother, and then in Robert Altman's Cookie's Fortune, in which she was able to explore Southern-style insanity as the terrifically unhinged Camille Orcutt.

Nearly thirty years after her initial Oscar nomination for The World According to Garp, Close captured her sixth nod - this one for Best Actress - for her work in #Albert Nobbs where she played a woman in 19th Century Ireland who pretends to be a man in order to keep a job at a hotel. Close had played the part on stage very early in her career, and had worked for decades to bring the story to the big screen. Her perseverance was rewarded with not just Oscar, but Golden Globe and Screen Actors Guild nominations for Best Actress as well.

In addition to her film work, Close has maintained a television and stage career since the early '80s. Her stage work led to Tony Awards for her turns in Tom Stoppard's The Real Thing (1984) and Ariel Dorfman's Death and the Maiden in 1992. She garnered further raves and diva status for her starring role as the legendary Norma Desmond in the 1995 Broadway production of Sunset Boulevard (an excellent singer, Close annually performs the National Anthem for the New York Mets' opening-day game).

On television, she continued to win prestige for performances in Stones for Ibarra (1988), 1991's Sarah, Plain and Tall, in which she starred opposite Christopher Walken, and Serving in Silence: The Margarethe Cammermeyer Story (1995), for which she won an Emmy for her portrayal of the title character. However, it wasn't until 2005 that Close could be seen in a regular series role when she joined the cast of the critically acclaimed FX series The Shield. The gritty role was perfect for Close, and the small screen seemed to agree with her, so she next signed on for an even darker role, this time starring on the series Damages.

In 2011, she was nominated for her sixth Academy Award for her work in Albert Nobbs, a film she also co-wrote and served as a producer. Damages came to a close in 2012 after five seasons, and Close was next seen in a supporting role in Guardians of the Galaxy, playing Nova Prime Irani Rael. She also returned to Broadway in the Edward Albee play A Delicate Balance, opposite John Lithgow.

Grandfather Edward Bennett Close was once married to cereal heiress Marjorie Merriweather Post, the mother of actress Dina Merrill. Glenn is also a second cousin of Brooke Shields, and is distantly related to Princess Diana.

Father, a physician, opened a clinic in Congo when she was 13.

Made her Broadway debut (in a starring role) in the 1974 Phoenix Theatre Company production of William Congreve's Love for Love.

Big-screen debut was in the role of Robin Williams' mother Jenny Field in the 1982 film The World According to Garp.

Replaced Patti LuPone as Norma Desmond in the 1994 Broadway premiere of Andrew Lloyd Webber's Sunset Boulevard amid controversy between the singer and the composer.

Is an avid New York Mets fan and has sung the national anthem at Shea Stadium.

Accepted the lead role of fierce lawyer Patty Hewes on the series Damages after a successful season playing a police captain on The Shield.

1. The Woman in the House Across the Street from the Girl in the Window

3. 3Below: Tales of Arcadia

Kyle Ellis added this to a list 2 months, 2 weeks ago

yellowhair posted a video 4 months ago

yellowhair voted for an image 4 months ago

"Irani Rael• Nova Prime Irani Rael is the commander of the Nova Corps.• She led her people to victory with the help of the Guardians of the Galaxy when Ronan the Accuser attempted to destroy her home planet of Xandar with the Power Stone. "

Psycho-Pirate added this to a list 1 year, 4 months ago
Ladies of the MCU Ranked (50 person items)

Leo added this to a list 1 year, 8 months ago

rickterenzi voted for an image 2 years, 4 months ago

Magdalena added this to a list 3 years, 2 months ago
Actresses (older) (553 person items)

breri added this to a list 3 years, 4 months ago
Actors who must collaborate (31 person items)

smithger added this to a list 3 years, 4 months ago
Actors who should work together soon (39 person items)