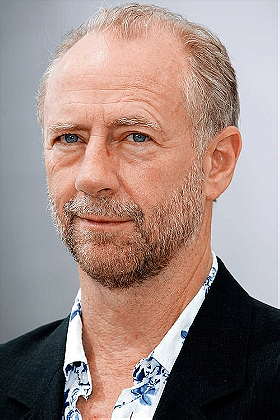 Berkeley was born in Brooklyn, New York, but has lived most of his life in New Jersey. He attended Hampshire College and worked in the theaters at the five college system which Hampshire was a part of, including Smith, Mount Holyoke, Amherst, and the University of Massachusetts. Berkeley worked in the Regional and Repertory Theaters in addition to Off Broadway while living in New York. A play written by Reynolds Price called Early Dark had such a cinematic feel to it, that an agent saw the acting potential in Berkeley and encouraged him to make the move out west.

On the big screen, Berkeley has appeared in North Country, Terminator 2: Judgment Day, Phoenix, Kick-Ass, A Few Good Men, The Rookie, Candyman, Apollo 13, Leaving Las Vegas, Gattaca, The Rock (uncredited), Air Force One, Sid and Nancy, Spawn, Amistad, Shanghai Noon, Barb Wire and Timecode. Berkeley has the distinction of appearing in both the made-for-television film L.A. Takedown in 1989 and its 1995 critically acclaimed theatrical remake Heat, both directed by Michael Mann. Several of his earlier roles were in films by director Alex Cox. Berkeley often plays the roles of unsympathetic characters.

In 2001, Berkeley became a recurring guest star on 24 as George Mason, the head of the Counter Terrorist Unit.

Berkeley has provided voices for animated series such as Aaahh!!! Real Monsters, Teen Titans and Gargoyles. He voiced Quentin Beck/Mysterio in The Spectacular Spider-Man and Captain Atom in the animated movie Superman/Batman: Public Enemies.

He portrayed the mysterious John Smith on the CBS drama Jericho. He began portraying the series regular role of Percy on The CW's drama Nikita at the start of the 2010-2011 television season.

2. The Dark and the Wicked

yellowhair posted a image 3 months ago

lalabellexoxo added this to a list 4 years, 1 month ago

ElHombreMachado3G4 added this to a list 6 years, 4 months ago
Voice Artists (156 person items)