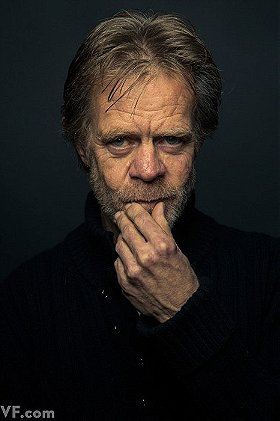 139 votes
They deserve an OSCAR (45 items)
list by propelas
Published 11 years, 6 months ago

Macy spent time in Los Angeles, California, before moving to New York City in 1980. While living there, he had roles in over 50 Off Broadway and Broadway plays. One of his early on-screen roles was as a turtle named Socrates in the direct-to-video film The Boy Who Loved Trolls (1984), under the name W. H. Macy. He also had a minor role as a hospital orderly on the sitcom Kate & Allie in the fourth season episode "General Hospital" (also as W. H. Macy). He has appeared in numerous films that Mamet wrote and/or directed, including House of Games, Things Change, Homicide, Oleanna (reprising the role he originated in the play of the same name), Wag the Dog, State and Main, and Spartan.

Macy may be best known for his lead role in Fargo, for which he was nominated for an Academy Award. The role helped boost his career and recognizability, though at the expense of nearly confining him to a narrow typecast of a worried man down on his luck. Other Macy roles of the 1990s and 2000s included Benny & Joon, Above Suspicion, Mr. Holland's Opus, Ghosts of Mississippi, Air Force One, Boogie Nights, Pleasantville, Gus Van Sant's remake of Psycho, Happy, Texas, Mystery Men, Magnolia, Jurassic Park III, Focus, Panic, Welcome to Collinwood, Seabiscuit, The Cooler, and Sahara.

Macy has also had a number of roles on television, including a guest appearance on The Unit, as the President of the United States. In 2003, he won two Emmy Awards, one for starring in the lead role, and one as co-writer, of the made-for-TNT film Door to Door. Door to Door is a drama based on the true story of Bill Porter, a door-to-door salesman in Portland, Oregon, born with cerebral palsy. The film is composed of several stories, each taking up a whole period between commercials.

His work on ER and Sports Night has also been recognized with Emmy nominations. His character in ER, David Morgenstern, is responsible for a sage piece of advice that has been handed down throughout the series. In the pilot episode, when Julianna Margulies' character, nurse Carol Hathaway, is brought to the hospital with a drug overdose, Morgenstern tells Dr. Greene (Anthony Edwards) that he needs to "set the tone" to get the unit through the difficulty of treating one of its own. "You set the tone" is repeated several times in the series.

In a November 2003 interview with USA Today, Macy stated that he wanted to star in a big-budget action movie "for the money, for the security of a franchise like that". He serves as director-in-residence at the Atlantic Theater Company in New York, where he teaches a technique called Practical Aesthetics. A book describing the technique, A Practical Handbook for the Actor, is dedicated to Macy and Mamet.

In 2007, Macy starred in Wild Hogs, a film about middle-aged men reliving their
youthful days by taking to the open road on their Harley-Davidson motorcycles from Cincinnati to the Pacific Coast. Despite being critically panned with a 14% "rotten" rating from Rotten Tomatoes, it was a financial success, grossing over $168 million. In 2009, Macy completed filming on The Maiden Heist, a comedy that co-stars Morgan Freeman and Christopher Walken.

On June 23, 2008, the Hollywood Chamber of Commerce announced Macy and his wife, Felicity Huffman, would each receive a star on the Hollywood Walk of Fame in the upcoming year. On January 13, 2009, Macy replaced Jeremy Piven in David Mamet's Speed-the-Plow on Broadway. Piven suddenly and unexpectedly dropped out of the play in December 2008 after he experienced health problems; Norbert Leo Butz covered the role from December 23, 2008, until Macy took over the part. Dirty Girl, which stars Macy along with Juno Temple, Milla Jovovich, Mary Steenburgen and Tim McGraw, premiered September 12, 2010 at the Toronto Film Festival.

In his most recent film, The Sessions, Macy plays a priest who helps a man with a severe disability find personal fulfillment through a sex surrogate. The role is a 180-degree turn from his substance abusing anti-hero on the current hit Showtime series Shameless.

3. A Slight Case of Murder

4. A Slight Case of Murder

Defenestrated Jack added this to a list 1 year, 4 months ago

Exclusive added this to a list 1 year, 11 months ago

" as Bernie Lootz in The Cooler"

IsabellaSilentRose added this to a list 3 years, 4 months ago
Golden Globes 2019 (144 person items)

diabolical dr voodoo added this to a list 3 years, 7 months ago

"William H. Macy would be Detective Arbogast. *One of two actors who were in the 1998 version, who could still be here."

Maary added this to a list 4 years, 2 months ago
Ukulele (16 person items)

IsabellaSilentRose added this to a list 4 years, 3 months ago
SAG Awards 2018 (138 person items)

IsabellaSilentRose added this to a list 4 years, 4 months ago
Golden Globes 2018 (156 person items)

kathy voted for an image 5 years, 3 months ago

Kandi voted for an image 5 years, 3 months ago

jazzybop voted for an image 5 years, 11 months ago