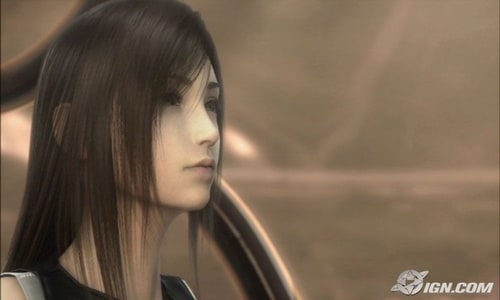 Aerith Gainsborough, also known as Aeris Gainsborough and Aerith Gainborough, is a protagonist of Final Fantasy VII and a major character in the Compilation of Final Fantasy VII; appearing in Final Fantasy VII: Advent Children, Crisis Core -Final Fantasy VII- and Before Crisis -Final Fantasy VII-. She is the last of the Cetra, an ancient race with powerful magical abilities, and so the Shinra Electric Power Company hunts her throughout her life seeking to exploit her powers. Aerith is portrayed as an independent, outgoing and kind young woman who displays an intuitive understanding of others at times, and is deeply in-tune with nature. Aerith's Death at the hands of Sephiroth during Final Fantasy VII has been cited as one of the most famous and influential moments in video game history. 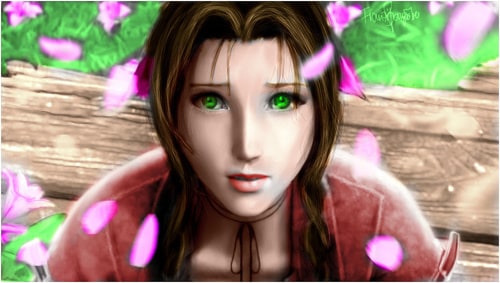 Yuffie Kisaragi is a secret playable character in Final Fantasy VII. She is a Ninja and a Thief, wielding a large shuriken. As a rebellious and cocky tomboy, Yuffie desires to restore her homeland Wutai to the glorious nation it was before being conquered by Shinra Electric Power Company. Despite her sometimes obnoxious personality, Yuffie is friendly, helpful, and willingly helps the party in their battles. 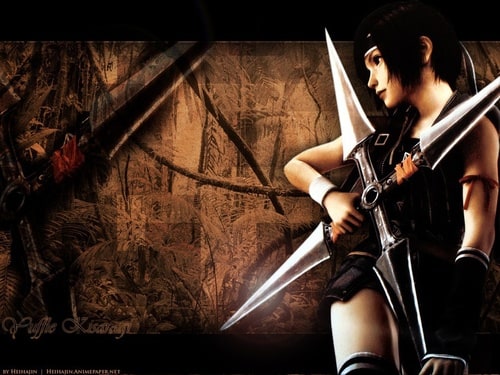 Yuna is the female protagonist of Final Fantasy X and Final Fantasy X-2. She is the daughter of High Summoner Braska and an unnamed Al Bhed woman, who died when Sin attacked her ship at sea. The Al Bhed woman was the sister of Cid, who is the father of Rikku and Brother, Yuna's cousins. 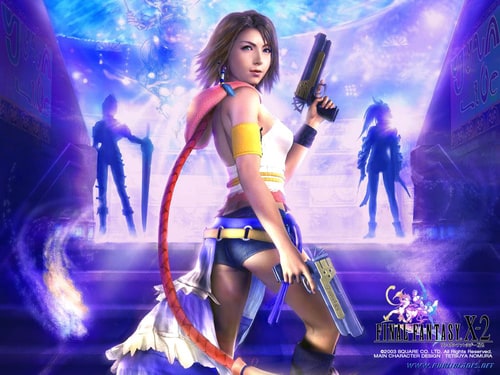 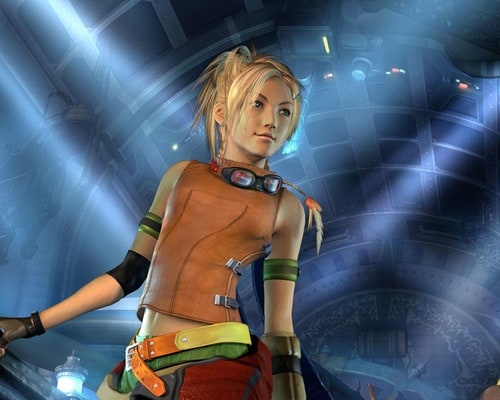 Paine is a playable character who first appears in Final Fantasy X-2. She is one of the three playable characters, and is the most reserved of the girls. Her past is a mystery for most of the game, and it is up to the player to find out what happened to her two years ago. 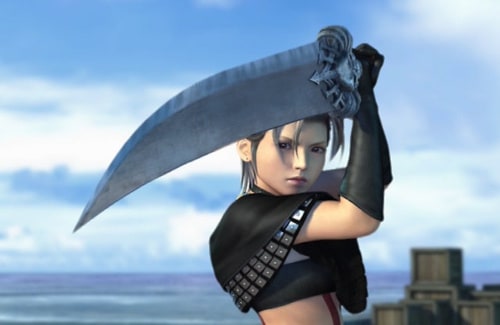 Lulu is a playable character in Final Fantasy X. She is one of Yuna's Guardians. Next to Auron, she is the wisest and most mature of them all. Since Lulu grew up with Yuna in Besaid, she and Wakka think of Yuna as a younger sister. Lulu's stoic and self-possessed nature makes her seem insensitive at times, but she has a hidden bit of gentleness underneath. She specializes in the art of Black Magic, using various dolls to help cast powerful spells. She is instrumental in helping Tidus adjust to the world of Spira, although she does not fully believe his claim of being from Zanarkand. 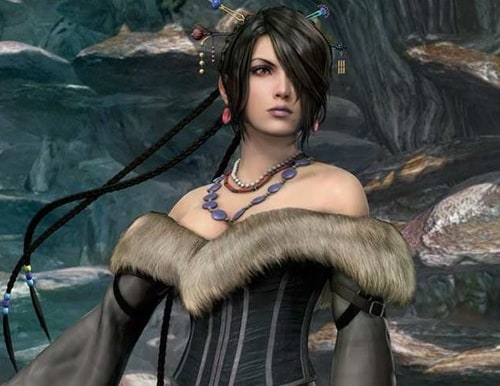 Lieutenant Colonel Jihl Nabaat is an antagonist in Final Fantasy XIII. She is an officer in the Cocoon army, a commander of PSICOM, and is an enemy of Lightning and her allies. Yaag Rosch is her right-hand man. 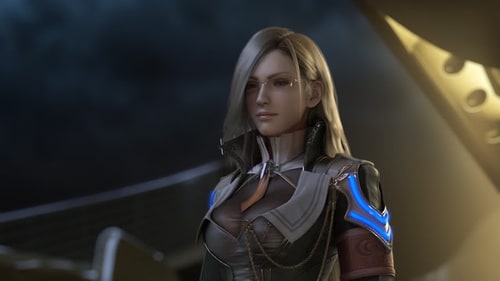 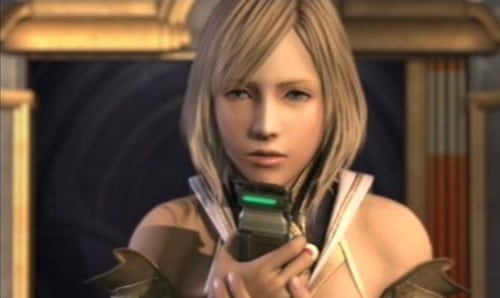 Penelo is a player character in Final Fantasy XII. She is Vaan's childhood friend, and the two are very close. She dreams of being a dancer, and learned martial arts from her older brothers.[1] Penelo is Vaan's love interest. However, in the official Brady Games strategy guide, it refers to Penelo and Vaan "like brother and sister". In Square Enix's Final Fantasy XII: Revenant Wings, the story line mainly revolves around her relationship with Vaan becoming ever closer. 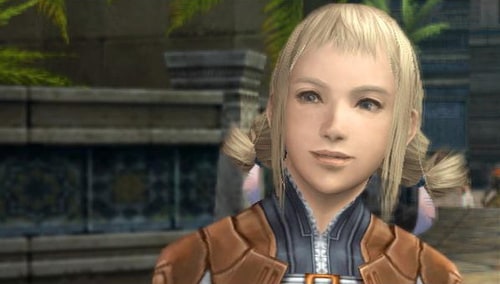 Fran is a playable character in Final Fantasy XII. She is a Viera and is Balthier's partner aboard his airship, the Strahl. Fran is the only non-Hume character in the main cast. Her title is "Master of Weapons", as Viera are known for their extraordinary craftsmanship, grace, and intellect. Fran herself is also a skilled mechanic, being in charge of maintaining the Strahl. 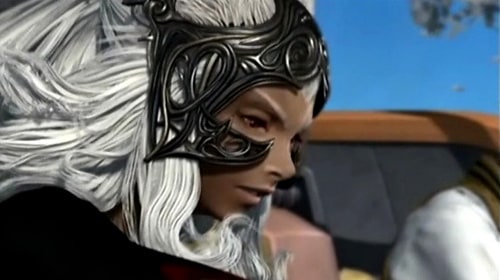 Lightning, real name Claire Farron, is a playable character and the main protagonist in Final Fantasy XIII and Final Fantasy XIII-2. She is initially shown to be a cold person, often distancing from her companions; however, later on in the story, she is shown to have a caring side. She fights to survive and see her sister Serah come out of crystal stasis. 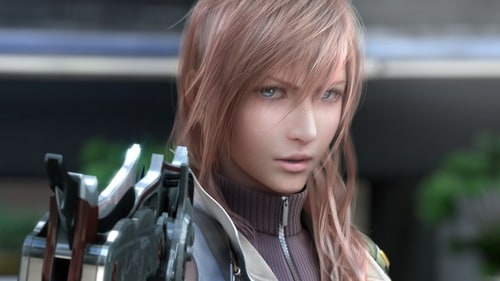 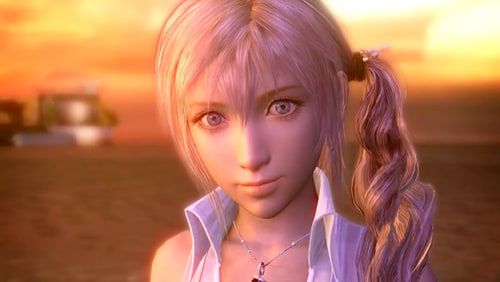 Oerba Yun Fang is a playable character from Final Fantasy XIII. She is described as a strong woman with many mysteries. Her full name stands for "Fang of the Yun clan, from the village of Oerba". Driven by her personal agenda, Fang aims to complete her Focus in hopes of saving her friend. 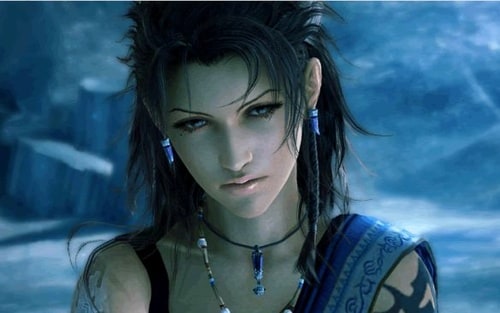 Oerba Dia Vanille [væniːl] is a playable character in Final Fantasy XIII. She is a mysterious young girl with red hair tied into pigtails. Despite facing many hardships, she remains an upbeat and caring person; though her cheerfulness is mainly a facade she uses to hide the inner guilt she has felt for over five hundred years. 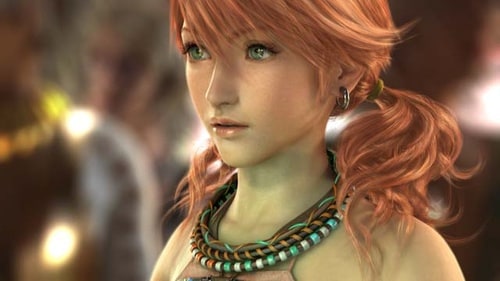 I love the Final Fantasy series, even FF X-2 . FF VII was my 1st and favorite to ever play folowed closely by FF X. THe CGI women on these are absolutely hot at times. So I decided to make a list of them. Hope you like.

The Most Beautiful Women Of All Time
648 item list by G̲ʅσb̶∆ʅ J̅∆zZ∆l!s̲↱
45 votes

FFVIII in real life by danielle

My 2014 Oscars Best Dressed by slytherinphoenix

Anime series I will always remember by Snowwy

My Dreamcast Collection by CD Smiles

Movies watched in 2011 by chippunk

A Rainbow of Movies II - Orange by Elfflame

RPGs I Love by jay-jay

Top 10 Strangest Sequels Ever Made by jay-jay

My Figure Collection by jay-jay